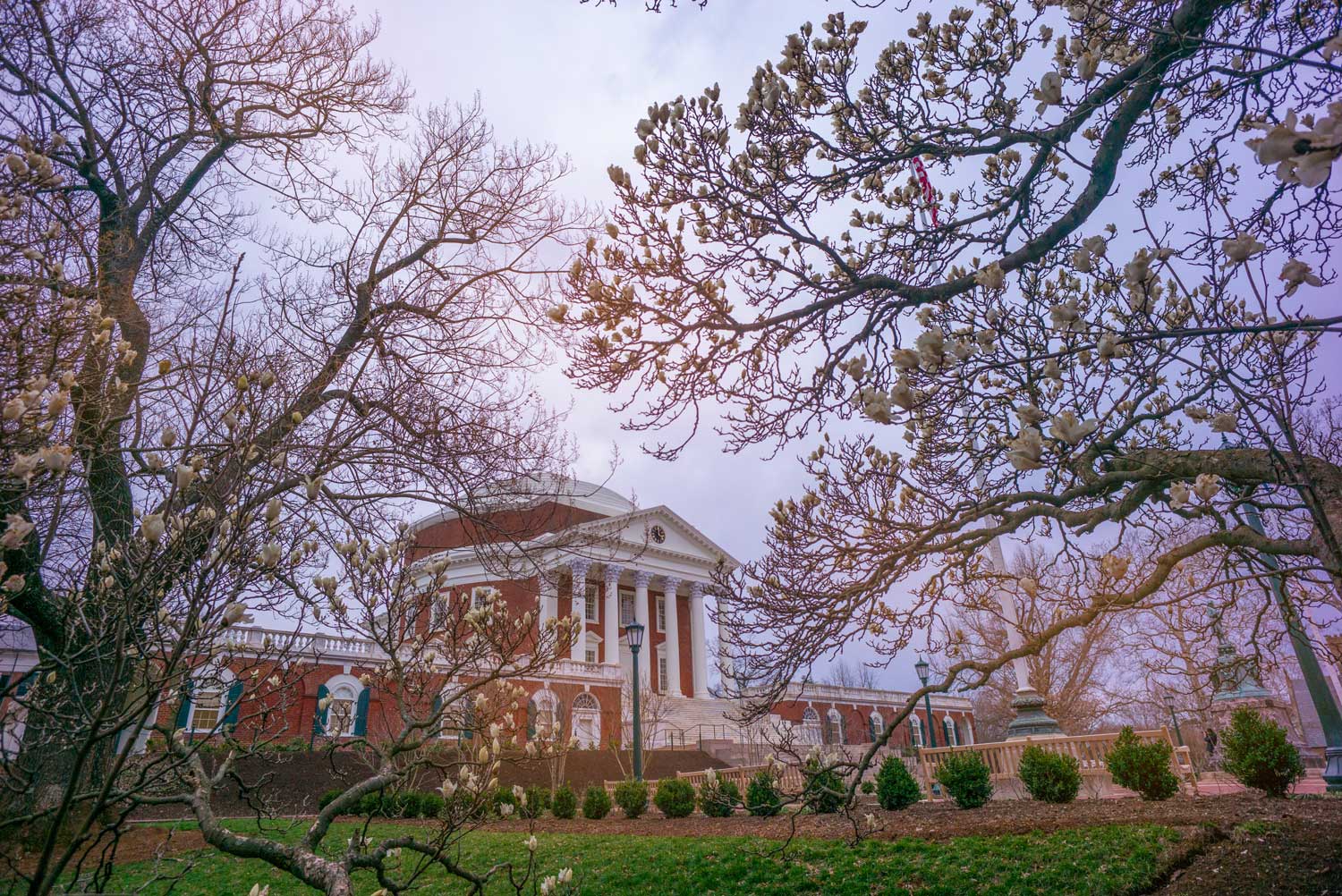 This summer, pairs of University of Virginia student researchers will examine corrosion in aluminum alloys, probe the social and economic impact of large urban development in the Middle East and develop new therapies to treat multiple sclerosis.

The University has awarded 23 “Double ’Hoo” research awards, which fund pairings of undergraduate and graduate students who collaborate on research projects. Each project is awarded up to $6,000 toward research expenses, plus $500 to compensate a faculty mentor.

This year’s winners were selected from a pool of 52 pairs of applicants. The research grants were funded through the University’s Cornerstone Plan, which supports many student, faculty and staff aspirations organized around the theme of leadership.

Some students will continue research they have already started; for others, it will be an opportunity to expand what they have been doing or to start something new. Nine of last year’s teams had their grants renewed to help fund the presentation and continuation of their research.

“Recent research has highlighted the importance of having students engage in experiential learning for their long-term well-being,” Holmes said. “Such participation leads to our graduates finding fulfillment in their professional endeavors and having strong social relationships and access to the resources people need, feeling financially secure, being physically healthy and taking part in a true community.”

Holmes views undergraduate research as an excellent experiential learning activity because students learn to collect and assimilate information and knowledge needed to answer questions in their area of interest, think clearly through complex issues and present their findings in a clear manner.

“These are invaluable skills that prepare students for whatever the student chooses to do in their professional and personal life,” he said.

While undergraduate research generally involves students and a faculty mentor, the Double ’Hoo grants add a different twist. “In addition to the benefits that pursuing research provides, the Double ’Hoo program also helps graduate students develop skills in supervision and management which will be important as they take on leadership roles in industry or academia upon graduation,” Holmes said.

This year’s Double ’Hoo winners are:

• Caroline Alberti of Blue Bell, Pennsylvania, a third-year student majoring in global studies, environments and sustainability and in French, and Fatmah Behbehani of Kuwait City, Kuwait, a doctoral student studying urban and environmental planning in the School of Architecture, who are researching private-public partnerships in the provision of housing projects in Morocco, particularly the impact the private-public partnership model has on community development and how civic partners affect the delivery of housing projects.

• Patrick Beck of Ashburn, a second-year biomedical engineering student, and Jeremy Shaw of Cortland, Ohio, a fourth-year biomedical sciences graduate student in the School of Medicine, who are experimenting with a new drug as a treatment for head and neck cancer, in an effort to find how the drug works, who might be resistant, and possibly find new drug combinations to treat cancer.

• Megan Chappell of Fredericksburg, a second-year neuroscience and biology double-major, and Anthony Fernandez-Castaneda of Pico Rivera, California, a fifth-year medical student, who are working on discovering novel therapeutics for diseases such as multiple sclerosis.

• Demitra Chavez of Richmond, a third-year developmental psychology major, and Cat Thrasher of Alexandria, a second-year developmental psychology graduate student, who will research how mothers regulate their children’s emotions, measuring the effect of a mother’s presence on risk-taking behaviors and brain responses in a group of young competitive gymnasts, in an effort to determine how variations in early care-giver availability might change a child’s understanding of his or her environment in the long-term.

• Connor Fitzpatrick of Arlington, a second-year economics major with a minor in government, and Nicholas Jacobs of Herndon, a Ph.D. candidate in politics and government, who are researching how individuals make sense of differences in federal spending from state to state, operating on the hypothesis that Americans are resentful of disparate spending and that this reinforces state identity.

• Raewyn Haines of Vienna, a third-year systems engineering major, and Matthew McMahon of Rochelle, Illinois, a second-year doctoral student in materials science engineering, who are focusing on understanding and mitigating unexpected failure in modern aluminum alloys currently used by the U.S. Navy, to assess the causes of the failure and determine protective coatings to prevent this.

• Kate Haynes of Springfield, a third-year neuroscience and psychology major, and Caroline Kelsey of Greenwich, Connecticut, a third-year Ph.D. candidate in developmental psychology, who are studying infants’ brain responses to social eye cues and how that responding is affected by race.

• Joyce Hong of Vienna, a second-year biology major, and Hyewon Choi of Seoul, South Korea, a fourth-year psychology and social psychology graduate student, who are studying what “cues” people use to judge others’ happiness.

• Jeewoo Kim of McLean, a second-year neuroscience major, and Sihan Li of Shijiazhuang, Hebei Province, China, a second-year biochemistry and molecular genetics major in the School of Medicine, who are studying a protein to uncover more information about hearing loss mechanisms.

• Nayoung Lee of Springfield, a second-year biochemistry major and a religious studies minor, and Kathryn LeCroy of Pleasant Grove, Alabama, a third-year Ph.D. candidate in environmental sciences, who are studying the diversity, health and behavior of native and exotic mason bee species in Virginia, in an effort to find why common mason bees are facing population decline.

• Alexandra Levin of Troy, Michigan, a third-year American studies and psychology major, and Diane-Jo Bart-Plange of Kansas City, Missouri, a second-year social psychology graduate student, who are researching the effects of bearing witness to police shooting news coverage through analysis of emotional regulation mechanisms and measurements of racial attitudes.

• Chelsea Li of Oakton, a second-year human biology major, and Corey Williams of Emmaus, Pennsylvania, a second-year graduate student in biomedical engineering, who are seeking to develop a system to tag intermediate stem cells based on their identity, and see which cell types the intermediate cells are capable of differentiating into.

• Madeleine “Maddi” Mitchell of Richmond, a third-year psychology major minoring in French, and Meltem Yucel of Istanbul, Turkey, a third-year developmental psychology Ph.D. candidate, who are researching children’s moral and normative behavior and why, when and how they behave morally.

• Ahmed Osman of Fruitland, Maryland, a third-year civil and environmental engineering major, and Mohamad Alipour of Mashad, Iran, a fourth-year civil engineering Ph.D. student, who are researching automated inspection of critical infrastructure, such as bridges, using computer vision techniques to develop models that can detect cracks, corrosion and other defects for smart city and infrastructure applications.

•  Leila Rayyan of Fredericksburg, a second-year biostatistics major, and Wenfan Ke of Fujian Province, China, a second-year graduate student in cell and molecular biology, who will investigate cellular and genetic mechanisms that cause diet-induced obesity – in particular using systems biology and functional genomics approaches to discover genes that are responsible for fat accumulation under a high-fructose diet.

•  Leah Silverman of Reston, a second-year double major in global studies (environments and sustainability track) and economics, and Abeer Saha of New Delhi, a third-year graduate student in history, who will research environmentally destructive concentrated feeding operations to provide a basis for cattlemen and policymakers to make informed decisions about the health of the American food system while remaining stewards of the environment.

• Neil Singh of Brockport, New York, a first-year systems engineering major, and Zhaonan Sun of Jinan, China, a third-year mechanical and aerospace engineering graduate student, who are researching the application of a human body model to determine the effects of traffic accidents on obese passengers in an effort to spur the design of safer cars.

• Yuxin “Alicia” Wu of Xi’an, China, a first-year computer science major, and Sarah Mosseri of Comer, Georgia, a sociology graduate student, who are teaming up to explore how women make trade-offs between family and employment and to identify middle-ground strategies.

• Zeming “Eileen” Zheng of Chantilly, a third-year neuroscience major, and Piotr Przanowski of Warsaw, Poland, a post-doctoral student in the School of Medicine, who will attempt to optimize small molecule inhibitors against protein-coding genes and restore some morphology alterations of Rett syndrome neurons.

• Max Zheng of Herndon, a second-year computer science and economics major, and Zhiqiu Jiang of Ya’an, China, a second-year Ph.D. candidate in transportation planning in the School of Architecture, who will combine data gathered from social media as well as an on-site questionnaire to assess the public’s opinion towards driverless technology, to be used in transportation planning and policy decision-making.