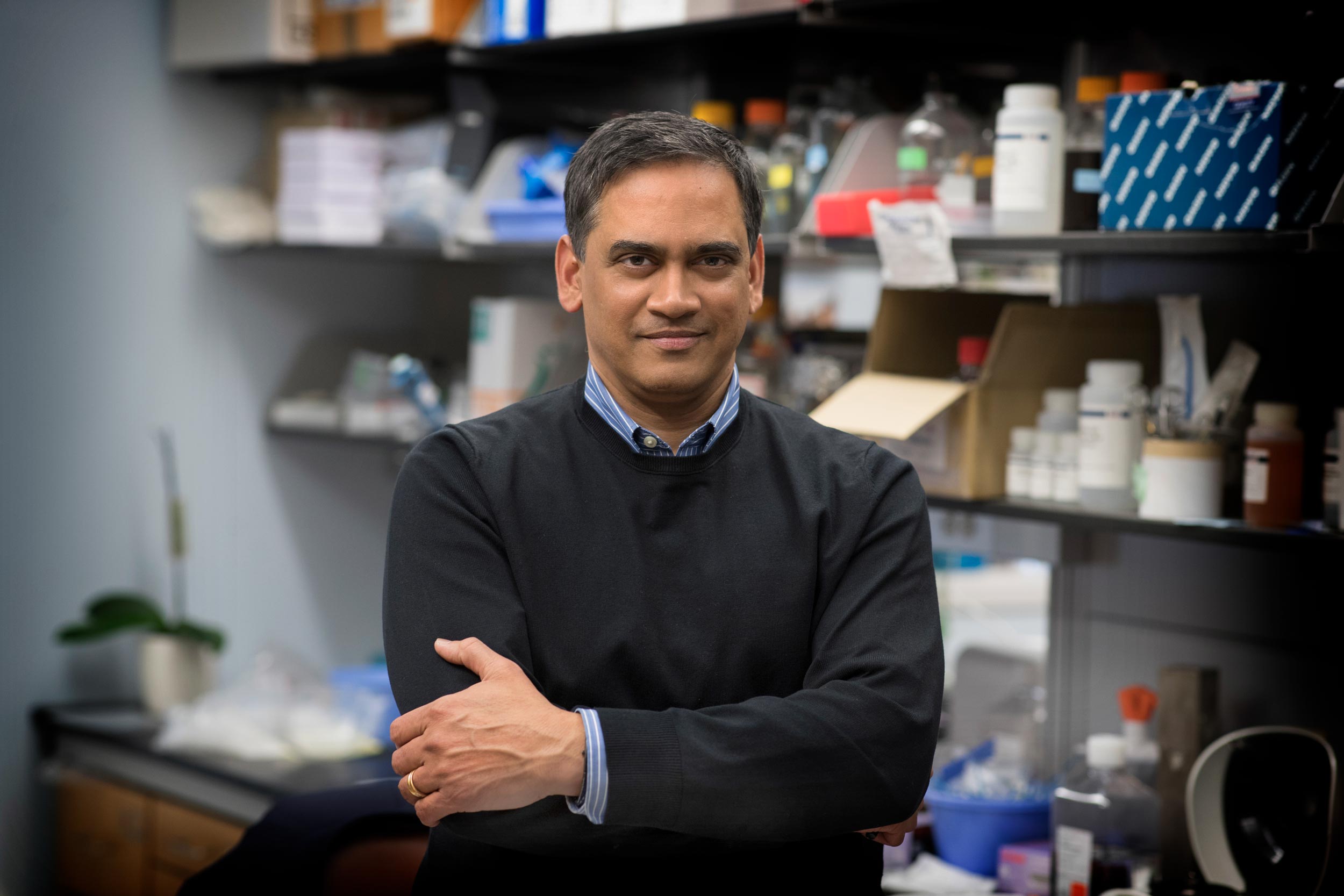 A group of genes that has been largely ignored by scientists could play critical roles in atherosclerosis (hardening of the arteries), inflammation, and likely obesity and other metabolic diseases, new research suggests.

The discovery was made by researchers at the University of Virginia School of Medicine in the context of how our bodies recognize and remove dying cells.

“We came across the genes, called SLCs, kind of by accident,” said researcher Kodi Ravichandran, who chairs the Department of Microbiology, Immunology and Cancer Biology. “Initially, just like everybody else, we were not paying much attention to the SLCs. But they kept coming up repeatedly in our gene expression analyses, and we realized this must be relevant. Then we took a serious dive into their biology, and we had a lot of fun surprises.”

Physicians could target these SLC genes with drugs to battle inflammation in tissues such as seen in atherosclerosis, rheumatoid arthritis and colitis, and even to benefit patients undergoing chemotherapy for cancer, the researchers say.

Two postdoctoral fellows in the Ravichandran laboratory, Sho Morioka and Justin Perry, and their collaborators – including researchers across UVA and beyond – identified a group of 33 SLC genes that help direct how the body disposes of its dying cells.

“We turn over about 200 billion cells a day in the body as part of routine healthy living. Imagine this as your daily house cleaning – absolutely essential. Importantly, we do not want the dead trash to induce inflammation,” Ravichandran explained. “So the system has designed a beautiful way to consistently remove our own cellular trash, and also simultaneously suppress the inflammation against our own cellular debris. And to achieve this, the cells talk to each other about how they are recognizing each other, what they need to eat, and how the neighboring cells should behave afterward.”

The 33 SLC genes the researchers identified issue instructions to help the body’s trash disposers – cells known as phagocytes – deal with dead and dying cells. “When a phagocyte eats another dying cell, basically its contents have doubled, and it has to manage all of this excess metabolic cargo while still maintaining its own normalcy,” Ravichandran said. “You can kind of imagine this as if you are swallowing your neighbor in whole. Not an easy problem.”

When something goes wrong with the cell-clearance process, major health problems can occur. Using a mouse model of atherosclerosis, Ravichandran, Liza Makowski and colleagues determined that interfering with just one of 33 genes caused the atherosclerosis to get much worse. “When we disrupt this one gene, SLC2A1, from being expressed within the cells that eat and clear the dying debris within the plaque, then the plaque gets bigger, the necrotic area within the plaque gets expanded, and the overall disease is much worse,” Ravichandran said. “So this suggests that the dynamic changes in the SLC genes during phagocytic eating has a purpose, with significant physiological and pathological consequences. We have now observed this with a few SLCs.”

Ravichandran, of the UVA Center for Cell Clearance and UVA’s Carter Immunology Center, noted that many SLC family members are potential targets for drugs. Doctors might use such drugs to either inhibit the SLC genes/protein, when beneficial, or supercharge them to help the body better remove unwanted material.

“We also find that one of the SLCs is capable of enormously boosting uptake, which we would like to target for clearing debris in a specific situation or maybe after chemotherapy, for example, where there are a lot of dead cells that are rapidly generated. It would be a beneficial way to boost the garbage collection. Further, we have discovered that specific SLCs can help dampen tissue inflammation, and this can be relevant for many chronic inflammatory diseases, such as colitis.”

Ravichandran noted the importance of having a cross-disciplinary team, which included several UVA students, in shedding light on the true nature of this previously unappreciated group of genes.

“To make impactful findings that truly move the field, the days when one lab can do it all are long gone,” he said. “It requires the resources, the collective intelligence and the experimental power of a larger group of scientists willing to work together to achieve bigger things. This work is a fusion of ideas and efforts between trainees and faculty at the University of Virginia School of Medicine, and across Grounds in the Department of Biology, as well as scientists from UNC and Vanderbilt. This has been intellectually very satisfying and also a lot of fun.”

The researchers have published their findings in the scientific journal Nature. This paper is the 11th article in this prestigious journal arising from research done at UVA by members of the Ravichandran laboratory. “This speaks to the phenomenal quality of trainees we have been fortunate to attract to UVA and the UVA environment that fosters this type of success,” Ravichandran said.

A Year We Will Never Forget: 2019-20 in Review END_OF_DOCUMENT_TOKEN_TO_BE_REPLACED

‘What Will You Carry With You?’ Remarks From UVA President Jim Ryan END_OF_DOCUMENT_TOKEN_TO_BE_REPLACED