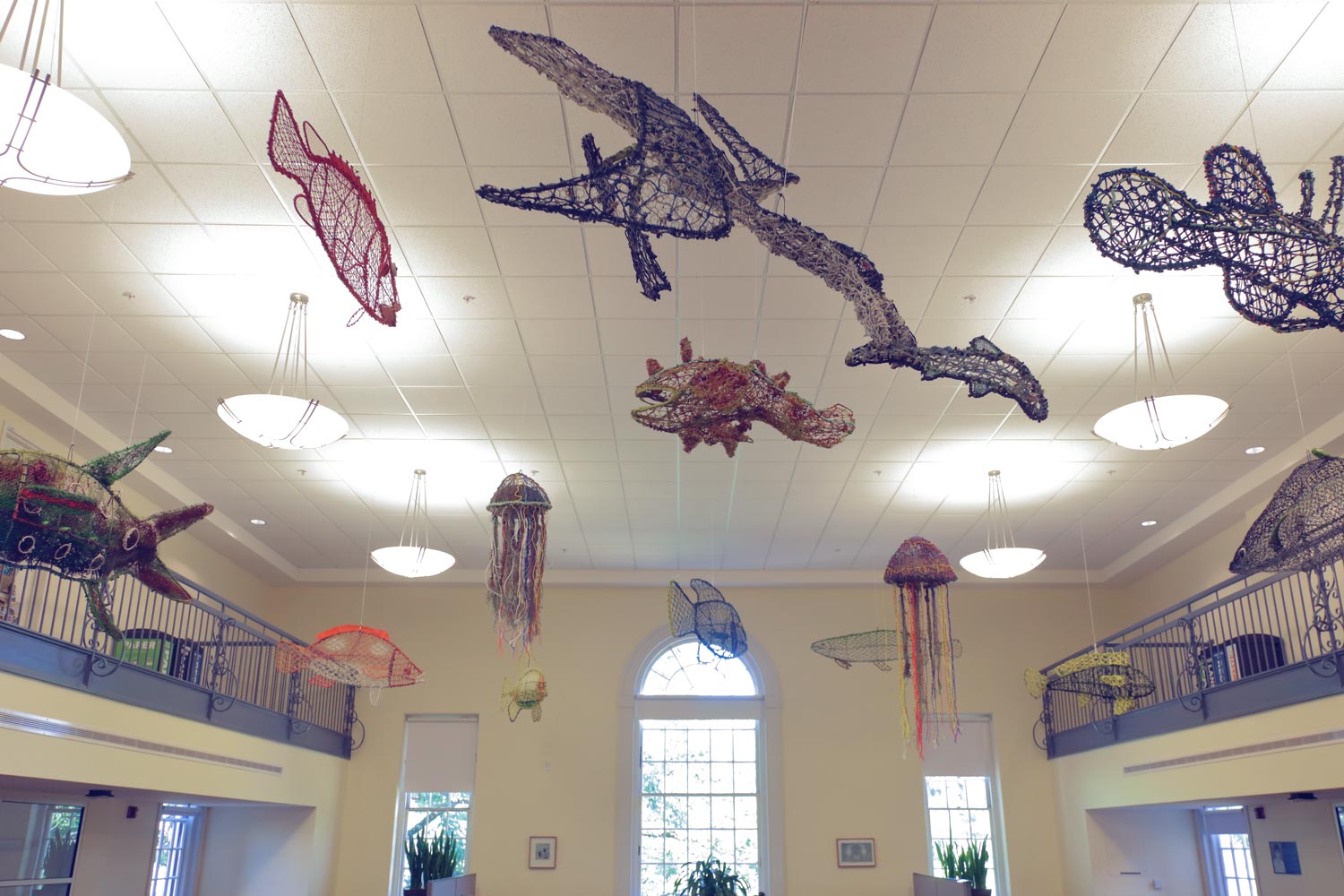 Seventeen large, intriguing sculptures of sea animals fashioned by indigenous artists in northern Australia hang from the ceiling of the University of Virginia’s Charles L. Brown Science and Engineering Library – part of an exhibit intended to increase awareness of the problem of “ghost nets” and other forms of plastics littering the world’s oceans.

The exhibit, “Defending the Ocean with Art,” sponsored by the Kluge-Ruhe Aboriginal Art Museum and UVA’s Department of Environmental Sciences, will be on view through Jan. 7.

“Most people have never heard of ghost nets,” said UVA environmental scientist Stephen Macko, as he looked at the sculptures of fish, man o’ war jellyfish, birds and other sea life. “This is about increasing awareness of how our litter affects the sea.”

“Ghost nets” are durable plastic fishing nets that are either discarded or lost by fishermen and end up drifting in currents – ensnaring fish, sea turtles and other creatures along the way – before finally settling on the sea floor, causing damage to coral reefs and other structures, and to the sea life in those environments. An estimated 640,000 tons of fishing equipment is left in the oceans each year.

Most of the exhibit’s sculptures were created from recovered ghost nets and other plastics found in coastal waters and along Australian beaches. According to Macko, discarded plastics, such as bottles that drift down rivers from population centers, will enter the oceans and last 300 years, an essentially perpetual source of litter that often is detrimental to sea life.

According to the Kluge-Ruhe Aboriginal Art Museum, indigenous Australians were among the first to notice the devastating effects of ghost nets. In reaction to the increasing threat posed by ocean debris, Aboriginal artists from Pormpuraaw, Queensland, are harvesting those nets and turning them into meaningful art. 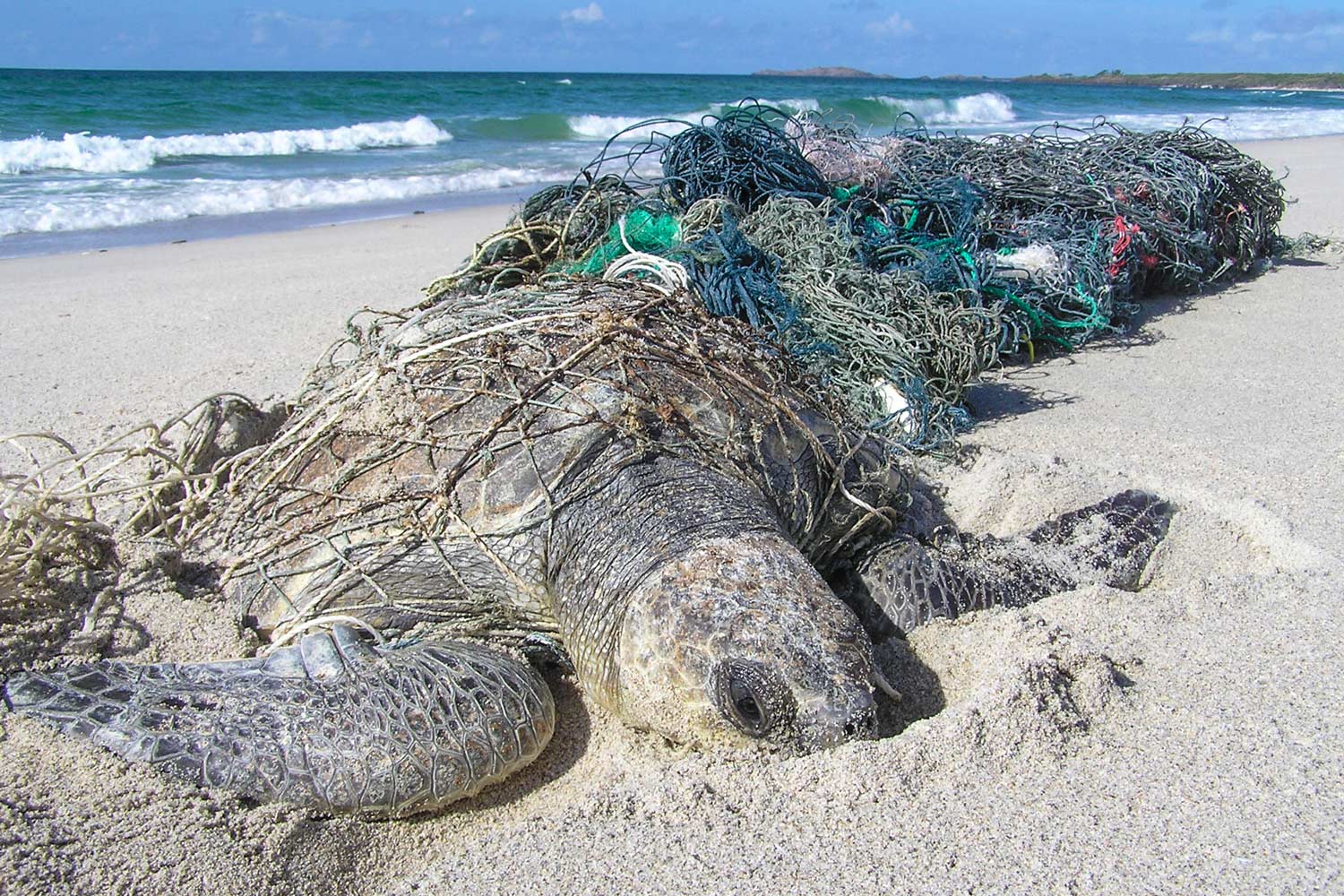 “Aboriginal and Torres Strait Islander artists began making art from ghost nets in 2009 through a series of workshops initiated by the GhostNets Australia organization,” said Margo Smith, director of the Kluge-Ruhe Collection. “These works serve many purposes within and outside Aboriginal communities, including providing opportunities to record and transmit cultural knowledge, recycling the ghost nets that are removed from beaches and drawing national and international attention to the problem of marine litter.”

Also included in the exhibition are three prints and an aluminum sculpture of a sting ray by Australian artist Brian Robinson.

Macko, who plans to use the sculptures when he teaches a January-term course on ocean litter, said that each person can make a small difference in a major way simply by recycling rather than discarding plastic bottles and other plastic objects.

For All of Us END_OF_DOCUMENT_TOKEN_TO_BE_REPLACED