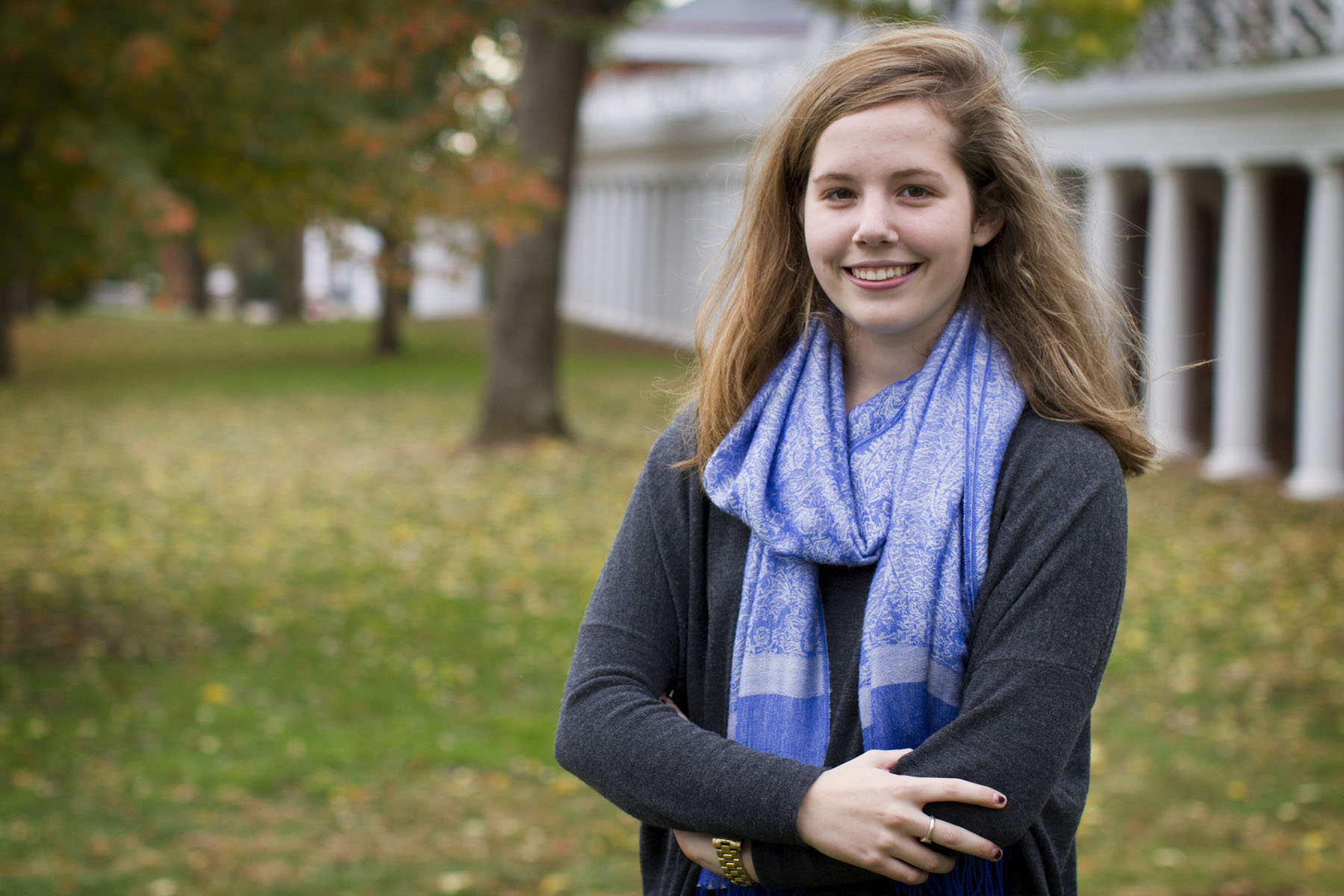 November 3, 2011 — This Monday night, Nicole Muller, a first-year student in the University of Virginia's College of Arts & Sciences, will walk the red carpet at Carnegie Hall in New York City. Muller's star turn comes not from show biz, but from service – she has been named one of Glamour magazine's "21 Amazing Young Women" for her work in mobilizing food donations to the hungry.

An Albemarle County resident and Western Albemarle High School graduate, she said she first felt spurred to action after reading a newspaper article about shortages at a local food bank and how many people depended on those supplies.

"Since I'd never had to worry about stuff like that, it was shocking to see how many people in our town had to do that just to survive," she said. "I was really sad. I decided I wanted to do something."

Muller started a neighborhood food drive, and found her neighbors so willing to donate that she decided to expand. She emailed a slew of family friends, and when the Charlottesville Daily Progress got wind of what she was doing, it published an article about her efforts – sparking even more donations.

"It just sort of grew from there," she said.

Neighbors 4 Neighbors has no website and no physical infrastructure; all of her efforts are through personalized virtual campaigning and word-of-mouth. Muller has contacted governors' offices in Alaska, Iowa and Georgia to ask for donations. The Blue Ridge Area Food Bank brought attention to Muller's work at a food banker's convention and also put her information in their newsletter.

Muller is able to measure the results of these efforts because when an individual donates to their local food bank in person or online, she asks that they reference her organization. Since 2009, she has tracked donations from people in all 50 states, amassing close to 175,000 pounds of food and $25,000.

Glamour magazine found Muller's bio and organization profile on DoSomething.org, a website and resource base for activism among young people. A representative called and talked to Muller about her work "for about five minutes," Muller recalls, and she was happily surprised to find out several weeks later that she had been chosen for the recognition.

"I thought I blew it because she got off the phone pretty quickly," Muller said.

Muller said she has so far enjoyed her experience at U.Va., meeting new people and taking classes such as introductory Italian and U.S. and Latin relations. She said she chose the University for its reputation as an amazing school that would also allow her to stay close to her family in Charlottesville.

Muller continues her email campaigning efforts and helps individuals and groups organize their own food drives, and said she would like to start an effort at U.Va. According to the Blue Ridge Area Food Bank's 2010 Hunger Study, there has been a 152 percent increase in the number of people in the region receiving emergency food assistance in the past decade, from 57,772 in 2001 to 145,600 in 2010.

Whether or not the organization remains her main focus in the future, Muller said she hopes to keep returning to this work because she finds it "really rewarding."

A Year We Will Never Forget: 2019-20 in Review END_OF_DOCUMENT_TOKEN_TO_BE_REPLACED

‘What Will You Carry With You?’ Remarks From UVA President Jim Ryan END_OF_DOCUMENT_TOKEN_TO_BE_REPLACED