‘Gone With the Wind’: Media Studies Professor on the Decision to Suspend Film Classic 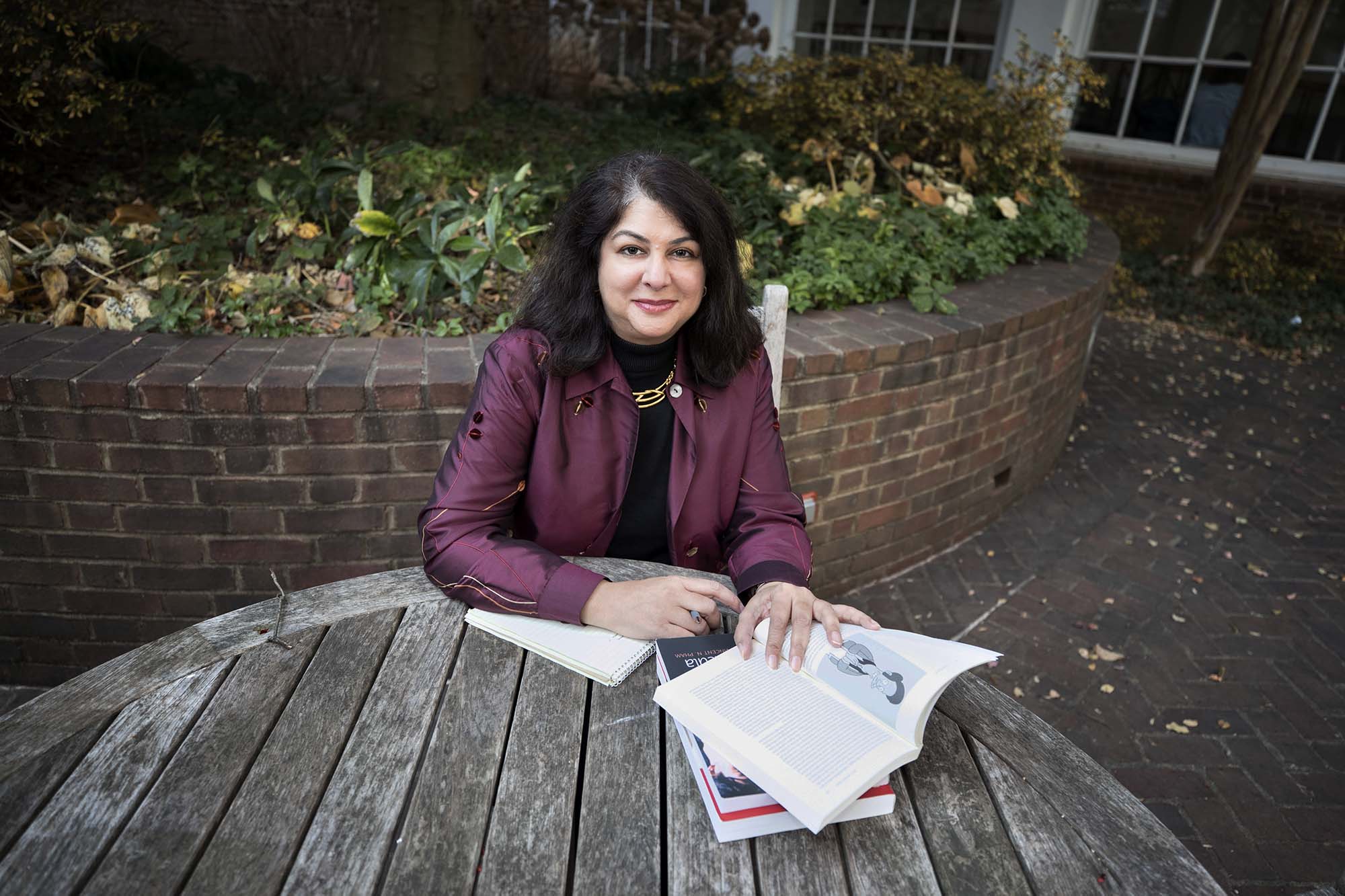 Many critics consider “Gone With The Wind,” released in December 1939, to be a masterpiece, one of the best films ever made. It won 10 Academy Awards, including Best Picture, and is still one of the highest-grossing films of the 20th century and on many top film lists in the country.

But the film – an epic romance set in the American South during the Civil War and Reconstruction – also reinforced and romanticized historical caricatures of Black men and Black women in servitude to whites.

It is because of this aspect of its legacy that streaming service HBO Max, at its May 27 launch, decided to make “Gone With the Wind” temporarily unavailable in its library.

An HBO Max spokesperson told media outlets that when the film returns, it will do so with a discussion of its historical context and a denouncement of the depictions, and will be presented “as it was originally created, because to do otherwise would be the same as claiming these prejudices never existed.”

“If we are to create a more just, equitable and inclusive future, we must first acknowledge and understand our history,” the spokesperson said.

For a deeper dive into the discussion, UVA Today caught up with University of Virginia assistant dean and media studies assistant professor Shilpa Davé, author of the book “Indian Accents: Brown Voice and Racial Performance in American Television and Film.”

Q. For those who may not be that familiar with “Gone with the Wind,” what are its biggest problems?

A. One of the main controversies is that the film reinforced and romanticized historical caricatures of Black men and Black women in servitude to whites. Black characters were mammies, plantation workers, butlers, servants. The pre-Civil War era, with large plantations of enslaved laborers, was romanticized in the first part of the film, and the second part of the film chronicled the displacement of plantation owners and their struggle to restore their position.

The film is also notable because actress Hattie McDaniel won the Academy Award for Best Supporting Actress for the character of Mammy. She was the first African American to win an Oscar, and yet she and the other Black actors in the film were not invited to the premiere, and at the 1940 awards ceremony, the actress had to sit at a segregated table.

The film and the story have impacted every aspect of American and popular culture well into the 21st century, including representations of slavery, race, gender and class relations in the Civil War and the Reconstruction South, to Hollywood production policies, to parodies and genres in books, comics, music, and television and film. The names and characters have been embedded in American popular culture for more than 80 years.

There are very few visual depictions in the 20th or 21st century that center on, or tell the stories of, African Americans after the Civil War during Reconstruction (1865-1877) and chronicle the lives of Black people where there were attempts by the federal government to address the inequities created by slavery on Black people. African American men were able to vote, hold political office, and men and women were able to send children to school and foster the development of an educated Black middle class. Oscar Micheaux, a prominent African American director and independent filmmaker, made several films with all-Black casts that featured stories of African Americans post-Civil War through the 1940s, and yet many of his films have been lost or were not preserved.

Q. In your opinion, did HBO Max make the best decision? Do you think HBO Max would have made this decision if it hadn’t been for what’s happening in our country right now?

A. Other companies, such as Disney Plus, already put out warnings about outdated historical representations, so taking the film down temporarily to include historical context about the representations was not a risky proposition. HBO Max was able to garner publicity from their move and show that they recognize the social and cultural conversations and protests that are happening and wanted to take an action. We’ll be able to see how they implement changes, whether it be in the form of a documentary, an introduction to the film and/or increased funding for unrepresented voices in the future.

In addition, we see other corporations responding by taking down outdated or problematic visual racial representations – Quaker Oats is removing the Aunt Jemima brand from store shelves, and Mars Inc. is going to change Uncle Ben’s Rice brand. There have been complaints about these images for years, but it was not changed because it was profit-driven and also seen as a tradition. Sports team mascots that have Native and Indigenous logos have been in question for a number of years.

I think we need to think about how branding is linked to the idea of tradition and the need for us to question the origins of our traditions. Where did they come from? Have certain practices outlived their times, and do we have the will to make the changes even though it may be a difficult transition with economic consequences?

The other question is what do they do next? Will companies fund projects to bring Black experiences and voices to the forefront not only in their own industry, but also to address systemic inequalities? Netflix donated significant funds ($120 million) to support historically Black colleges such as Spelman and Morehouse, and the United Negro College Fund. It’s an action that recognizes that these institutions have fostered and can educate and support current and future leaders to address racial issues in the U.S. How will we see these initiatives in other institutions such as UVA or in corporate environments?

Q. Just a few months ago at its launch, Disney Plus made the decision to shelve some of its content because of racially insensitive material and outdated cultural depictions and put disclaimers on some of its other content. Are we going to keep having these same types of discussions every time a new streaming service or channel comes out? Do you think there should be some sort of governing body that dictates what the standards should be – or would that be too much censorship?

A. The streaming services are profit-driven, but in general what this moment can do (and we saw this in the 1960s, 1970s and 1990s) is to allow governing bodies and corporations to center Black and other under-represented minority voices (and more than just one person) as part of the mission and institutions in developing policy, and not only having a place at the table, but driving the agenda. There are a lot of minority media watch groups who Hollywood studios consult with when developing projects.

There have been governing bodies in the past that have been detrimental. Hollywood developed the Hays Production Code from 1930 to 1968, and the censorship board enforced the code that contributed to racial stereotypes and reinforced segregation, xenophobia, sexism and sexuality norms, and white supremacy in the film industry. If the film was not approved, it would not be allowed to be shown in theaters and in some regional theaters, Black actors and actresses were censored out of the film.

After the Hays Code was eliminated, another governing body, the Motion Picture Code Association, was established; it determined the ratings of films based on morality guidelines and often deliberately sidelined Black and other racial group voices. The current ratings organization is the Classification and Ratings Administration, or CARA, which is an independent group of parents.

Q. During a recent appearance on Bloomberg, you said you’ve had students in your film classes compare and contrast “Gone With the Wind” and “Birth of a Nation” with contemporary films like “12 Years a Slave” and “Django Unchained.” Why do you think this is a good exercise, and what have been some of the interesting takeaways?

A. The assignment gives all of us in the class a chance to think about historical and cultural context from the perspective of the film industry, and also from the perspective that we all bring in as film fans and scholars. The exercise helps us to reflect on our own expectations and bias when watching a film, and also to see how narratives and techniques have evolved.

One of the first films we watch is 1967’s “In the Heat of the Night,” with Sidney Poitier and Rod Steiger, because it looks at then-contemporary race relations in 1967 and refers back to the plantation narratives as a history that affects everyone in 1967. In order to come to a deeper understanding of the issues in the 1967 film, you need to reflect on the contexts of the plantation genre films and also ask, “Why don’t we see more films in other time periods that have these moments that allow us to think about the ramifications and constant repetition of older images that we carry in our heads?”

Q. Actress Whoopi Goldberg made the comment that if you start pulling every film that is insensitive, well, that’s going to be a pretty long list. Where and how do you draw the line? Or do you just not draw a line at all and hope that the films, with assistance from people like yourself, can be viewed in the right contexts?

A. I think people are always going to be making “best of” and “worst of” lists, and all of those are driven by the people implementing the criteria. There are going to be individual opinions and there are going to be organized events. The Academy Awards changed their voting structure to make sure that new and particularly racially diverse voices were able to weigh in on the awards. Since the 2015 #OscarsSoWhite event, we have seen the number of actors, actress, writers and directors from racially diverse backgrounds be nominated and win Oscars.

In the last five years, Spike Lee, Regina King, Mahershala Ali, Korean director Bong Joon-ho and Mexican director Alfonso Cuarón have joined Ang Lee, Guillermo del Toro, Sidney Poitier and Denzel Washington as key voting members of the Academy, but there’s still a long way to go. We should be mindful and start with the questions, “From whose perspective are we telling this story, and what might we be missing?”

We are a visual culture and we love stories. What I hope to do is highlight that we need more people of color telling, writing and making these stories, because so many voices have been left out or ignored or not deemed profitable. We need more industries, corporations, universities and federal offices to provide funding and opportunities to promote the arts and humanities by supporting libraries, film festivals and workshops, schools and communities to highlight, value, and produce these narratives.

Visual narratives such as art, theater, series television and film tell all sorts of stories, and there are always going to be narratives that will stir up conversation. And isn’t that what art and stories are supposed to do? It’s a medium that can provoke us to see outside our experience and change the world.

A Year We Will Never Forget: 2019-20 in Review END_OF_DOCUMENT_TOKEN_TO_BE_REPLACED

‘What Will You Carry With You?’ Remarks From UVA President Jim Ryan END_OF_DOCUMENT_TOKEN_TO_BE_REPLACED