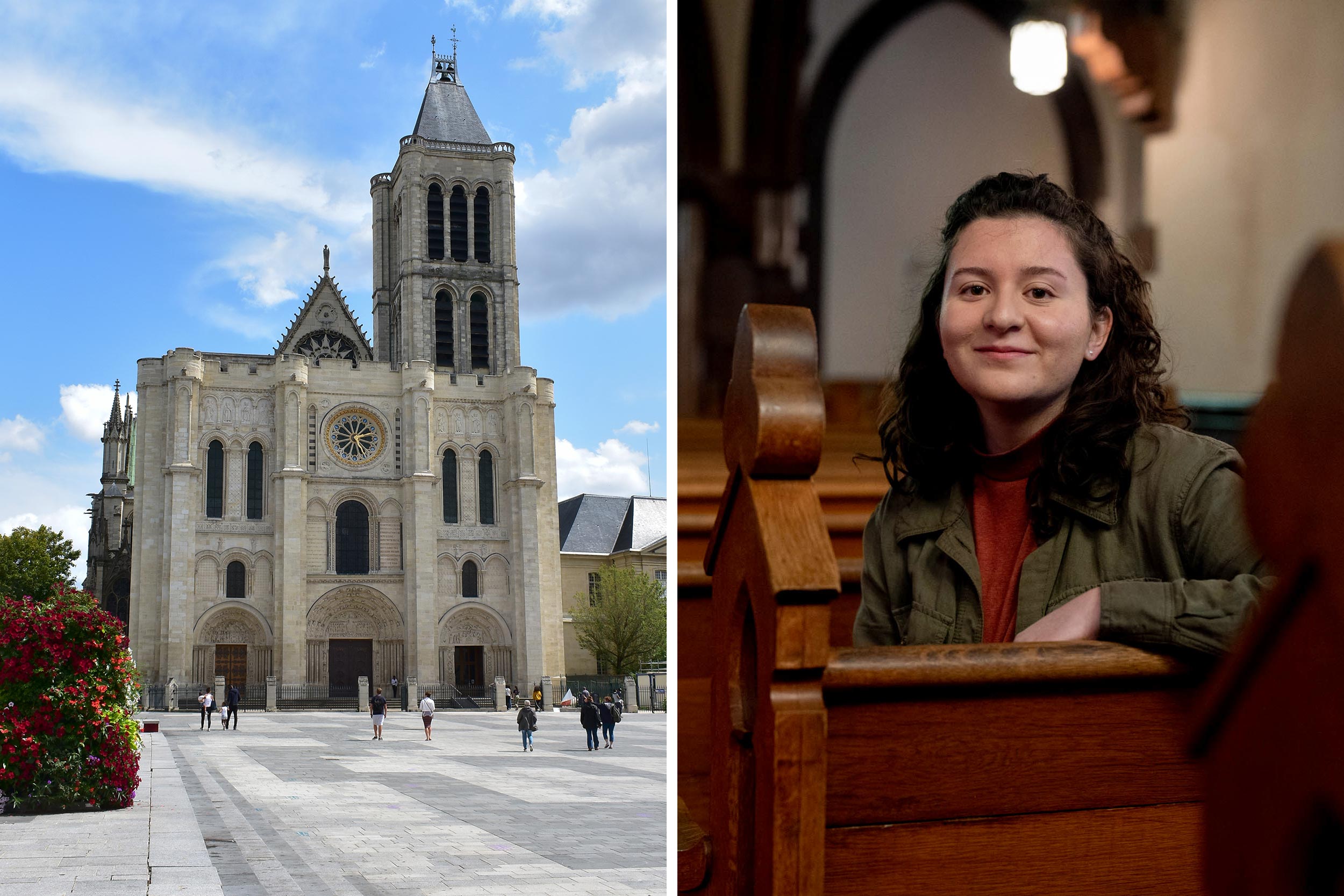 Martina Bucheli learned at the University of Virginia how stories, meaning and ideas have always played a significant role in design.

Can faith forge an architectural vision?

UVA’s Harrison Undergraduate Research Grants pay up to $4,000 to a student to engage in a research project, with an additional $1,000 for a faculty mentor guiding the research.

“A Christian faith deeply shaped the worldview of a medieval like Abbot Suger,” Bucheli said. “In a world such as his, enchanted with faith in the spiritual, a church is the house of Christ Himself present in the Eucharist. It is a terribly important place. Thus, the design of it would have been reverent, thoughtful and beautiful so that the architecture became imbued with meaning.” 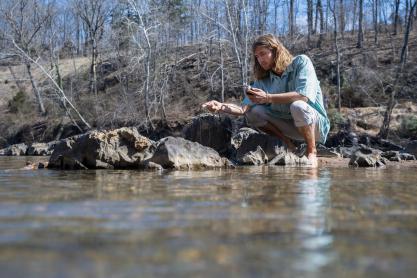 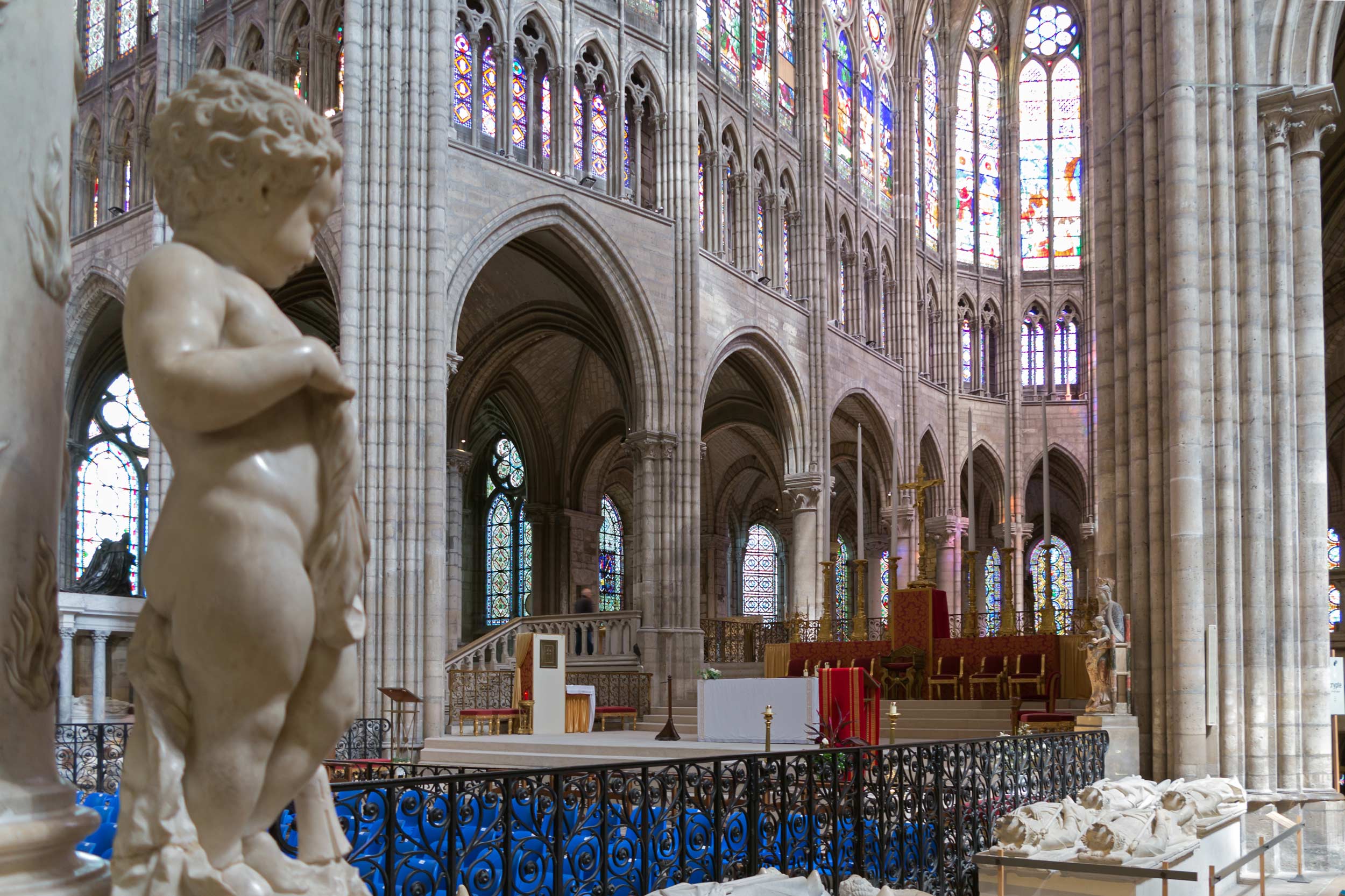 Bucheli explores possible connections between medieval thought and architecture in the 12th-century renovation of the French abbey church of Saint-Denis.

“She is looking at the abbey church of St. Denis – which is widely studied and well known – as a means of exploring possible connections between medieval thought and architecture,” said Lisa Reilly, Commonwealth Professor of Architectural History in the School of Architecture and one of Bucheli’s mentors on this project. “Indeed, this topic has been explored at St. Denis before and often rejected by more recent scholars, but Martina is looking at more recent explorations of this idea and reading related primary sources in medieval philosophy and theology quite deeply with support from the Dominican House of Studies.”

As an architecture student, Bucheli learned the connection between people and the places they create.

“Peter Waldman’s [course] ‘Lessons of the Lawn’ in particular helped me see how stories, meaning and ideas have always played a significant role in design,” Bucheli said. “He taught me about ‘connective tissues’ between architecture and many, many other branches of knowledge and disciplines. I began to see that architecture results from the immaterial – the cultural, religious, political and social context – as much as it results from the material.”

This opened new doors for Bucheli, who was also discovering St. Thomas Aquinas, a Dominican philosopher and theologian, and Pseudo-Dionysius, fifth-century philosopher who put a Christian context on pagan neoplatonism, a school of thought expanding on the work of Greek philosopher Plato.

“The study of the thought of these two minds exposed me to a new vision of the world,” Bucheli said. “Pseudo-Dionysius was instantly fascinating to me, especially because of the way he described the nature of God, the world and the human person. Reading and understanding these works changed my perspective on what I saw around me, and so I immediately understood that a medieval monk like Suger would have also seen the world differently.” 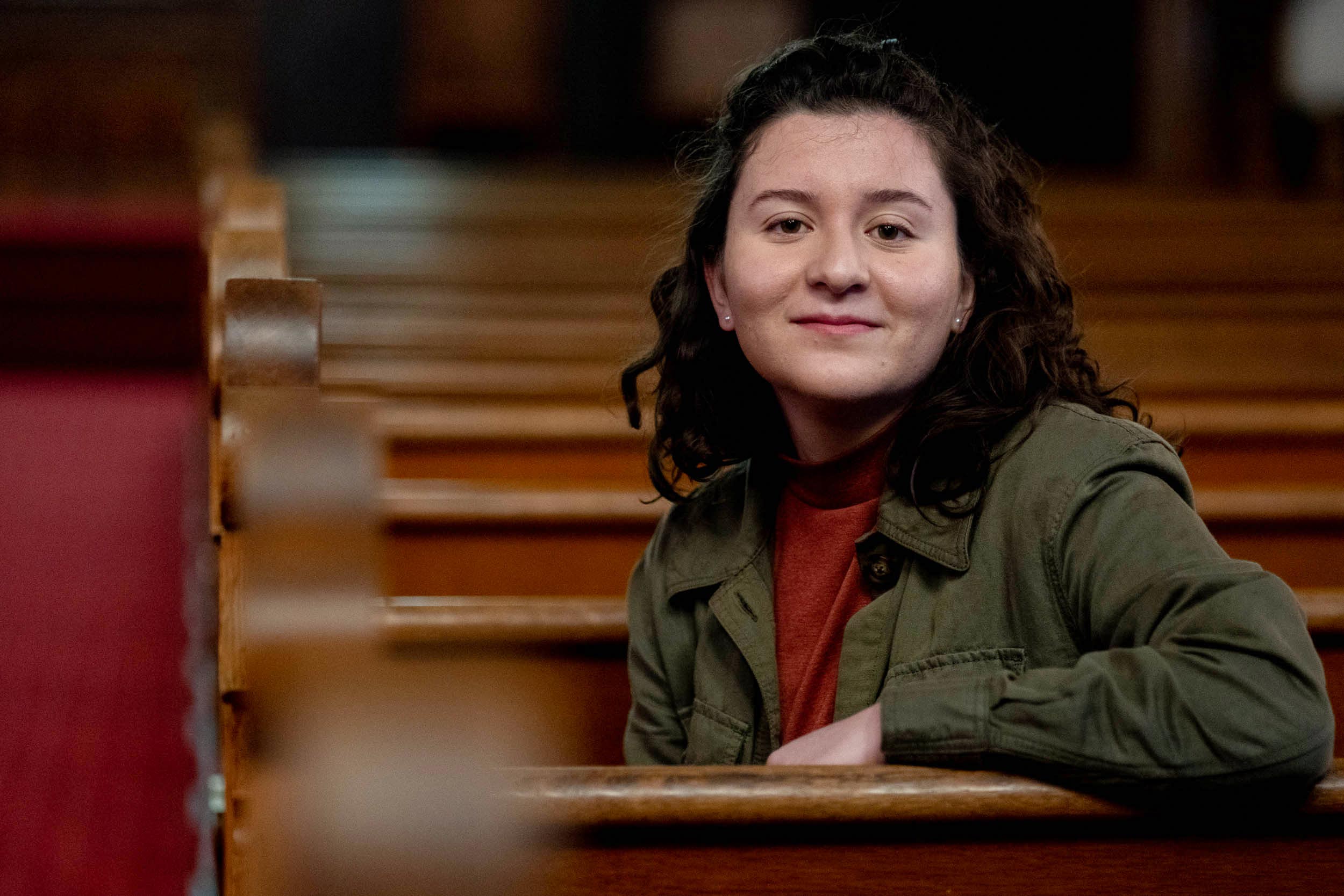 And his worldview would influence how he controlled the renovation of the abbey church.

“I had seen in my education, he would have built according to his immaterial worldview,” Bucheli said. “Christianity had imbued him with stories, meanings and ideas that could be evident in the architecture. I also realized that his worldview would have been especially and strikingly foreign to most contemporary architectural historians who study his writings and the abbey church renovation. I thought maybe these meanings could be unearthed with theology.”

Bucheli hoped the pathway to this could be found in Suger’s personal writings, but these did not reveal much theology.

“Suger was a historian and wrote about his own life as abbot, about the renovation and consecration of the abbey church and about the French King Louis VII,” Bucheli said. “While each started with a prayerful expiation, these mainly recorded significant events and people. The inscriptions, however, were meant to be associated with the art of the church and thus contained more precise scriptural and theological language and imagery.”

The church inscriptions recorded in Suger’s writing helped her.

“Suger was not an architect,” Bucheli said. “However, his role as abbot involved managing construction and commissioning art. He would have influenced the renovation by requesting certain things of the architect and the builders, much like the client of a contemporary architect. As a monk, he knew more about the monastic customs, liturgies and biblical imagery than the architect and he would have communicated an architectural and artistic vision according to this knowledge.”

Bucheli also worked with the Rev. Irenaeus M. Dunlevy, Order of Preachers [Dominicans], assistant chaplain of campus ministry at Providence College in Providence, Rhode Island. He became friends with Bucheli in 2020 through her involvement with the Thomistic Institute. Dunlevy received a degree in architecture from Virginia Tech.

“We share an interest in the influence theology has on sacred architecture,” Dunlevy said. “Does one’s understanding of God shape the liturgical setting where one worships God? We both are convinced that the answer is ‘yes,’ and Martina has sought out to articulate how theology may shape the design. She has focused on the theological vision of Pseudo-Dionysius, which helped form the creative imagination of the nascent Gothic world. Her interdisciplinarian approach, insatiable curiosity and solid research offers insight into the architectural principles and minds of medieval designers. Anyone interested in medieval theology, the Abbey of St. Denis, the restoration of Notre Dame Cathedral, or curious about what inspires great architecture will find Martina’s presentation a helpful source.”

Using Saint-Denis as a case study, Bucheli determined that the best qualities in ecclesiastical architecture are not simply aesthetic.

“They are intelligible illustrations of what is believed,” she said. “A good and beautiful Catholic church such as Saint-Denis is made so that something about God can be known through the art and architecture. In design, this means creating a harmony between the tenet of faith and the material manifestation of it. One example may be that, if faith holds that God creates, sustains and orders the cosmos, from DNA to the flower to the seasons and constellations, then the church should exhibit beautiful order so that it reminds the visitor of creation. Design under this approach, then, is about distilling what tenets of the faith can and should be illustrated by the architecture and how.” 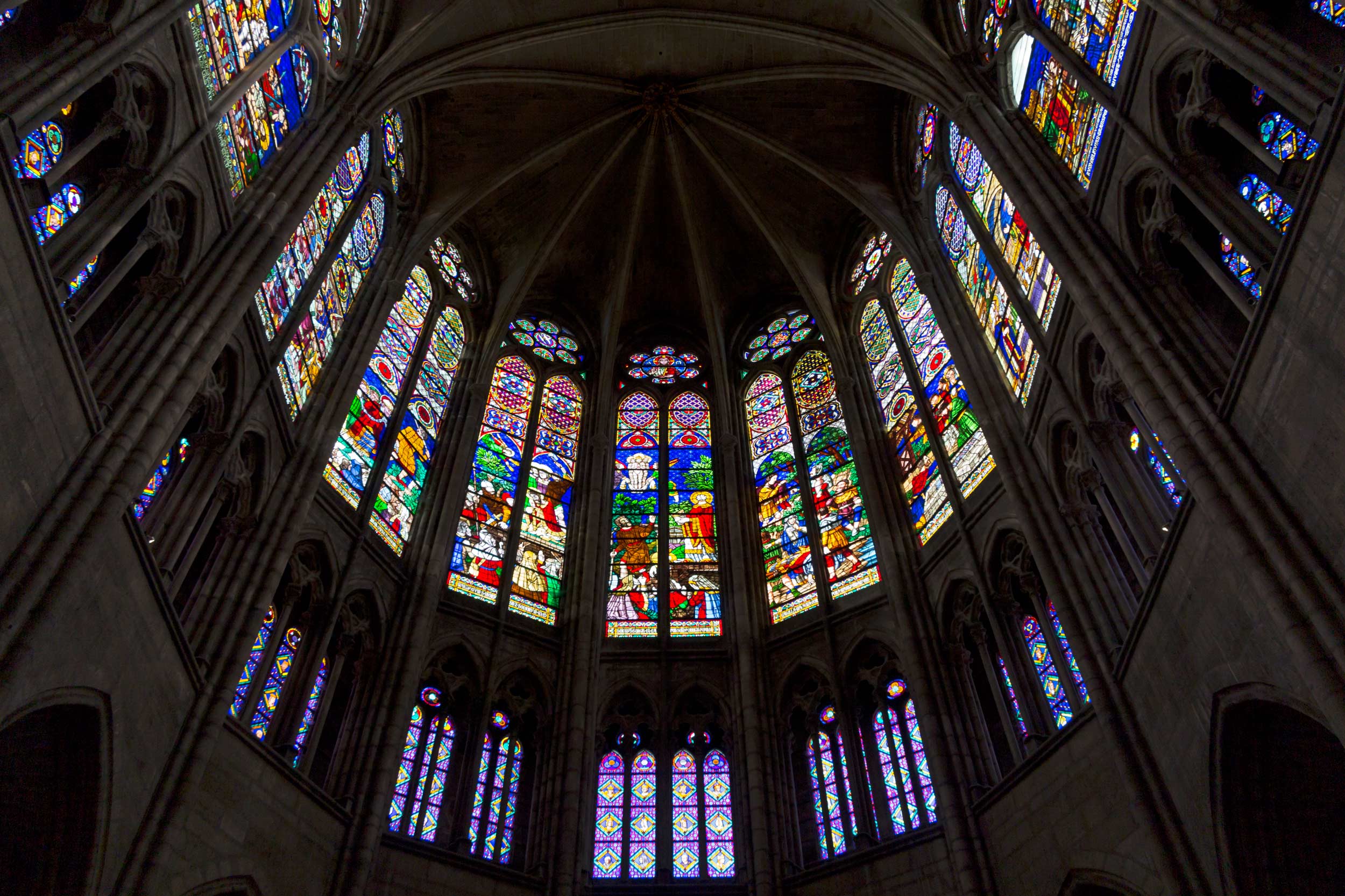 To Abbot Suger's mind, a church was the house of Christ. The design had to be reverent, thoughtful and beautiful, and its architecture imbued with meaning.

Bucheli has been able to apply the framework to understand architecture that she learned at UVA, allowing her to develop her own approach to architecture.

“At the same time, I’ve learned a lot about Catholic philosophy and theology, something quite unusual for an architecture student at a secular university,” Bucheli said. “This has helped me see how valuable it is to unite scholarship across fields, times, countries and disciplines in a project.”

“Martina is a serious student, but not without a sense of humor and tremendous passion for her subject,” Reilly said. “She is very thoughtful and hard-working. Her project on St. Denis springs from her career goal to become a practicing architect who specializes in ecclesiastical architecture and her own strong faith. … Her serious interest in medieval philosophy and theology is quite unusual for an architecture student, so she is bringing an unusual perspective to her studies, which will then inform her professional practice.”

Bucheli has always been interested in ideas and intellectual history, and she credited Waldman’s class for showing her where this fit into architecture. And she credited the Harrison Undergraduate Research Grant with allowing her to pursue her interests.

“The research was a joy-filled labor, since I was pursuing my own curiosity and fascination,” she said. “I learned how motivated I can be when I am doing something I love.”

Bucheli is president of the Thomistic Institute chapter at UVA, which promotes Catholic vision in the contemporary world by strengthening the intellectual formation of Christians. She received the University Achievement Award, given to students who demonstrate leadership and character while overcoming hardship. She is a graduate of Oakcrest School in Vienna. After UVA, she plans to enter the Dominican Sisters of St. Cecilia, a Roman Catholic religious community based in Nashville.

“The community is associated with the Order of Preachers which was founded in 1216 by the Spanish preacher and priest St. Dominic de Guzman,” Bucheli said. “There, I will continue studies in philosophy and theology according to the Thomistic tradition and eventually teach in missions around the world. If I am called to, I will also use my background in architecture.” 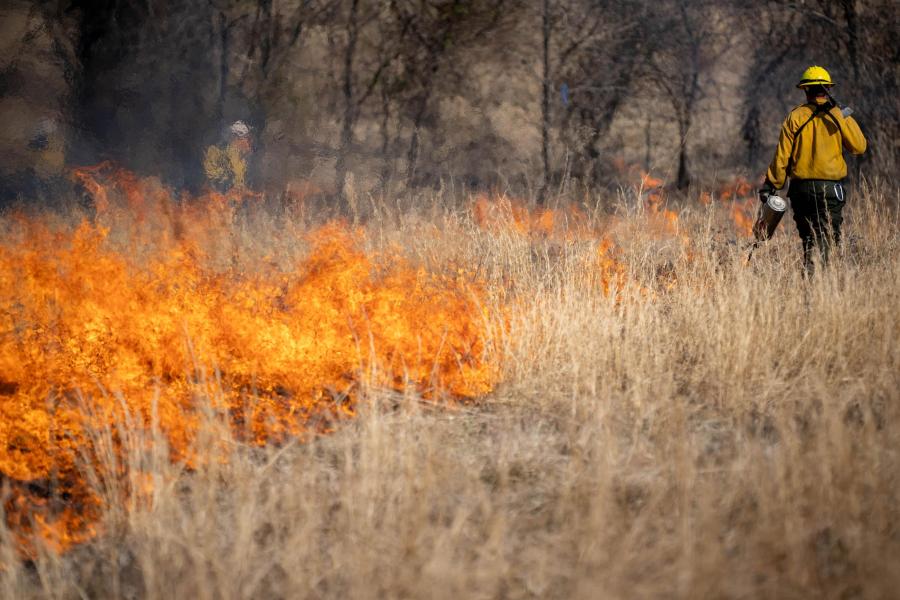 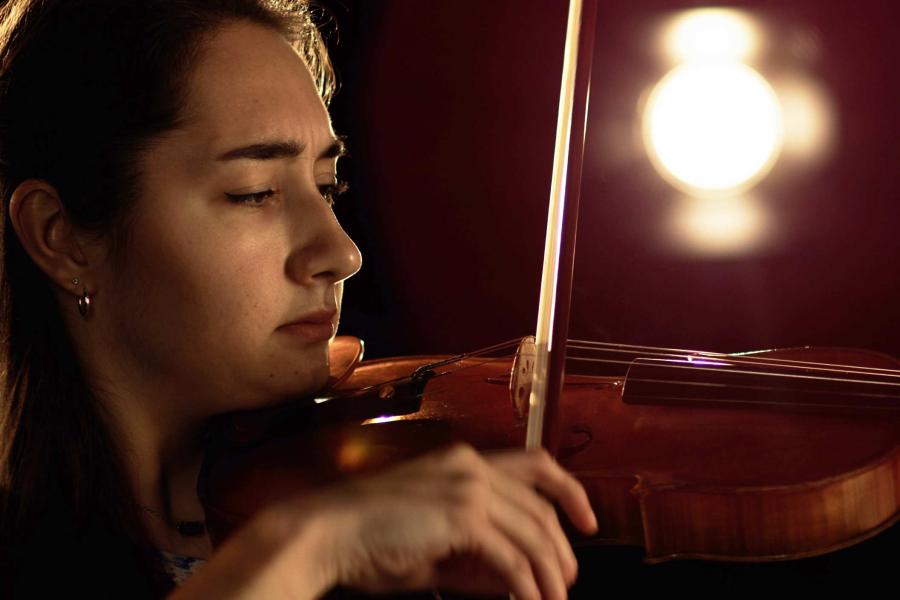 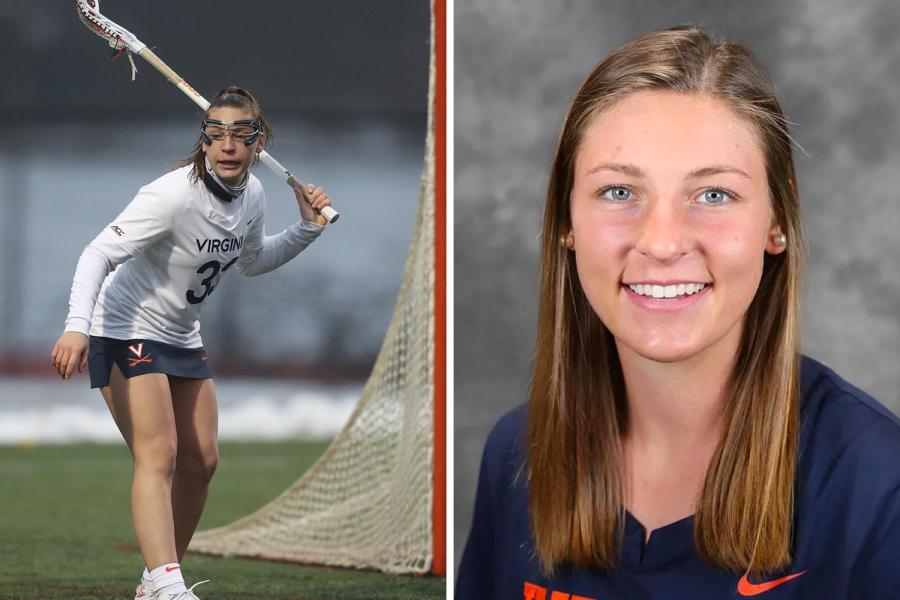