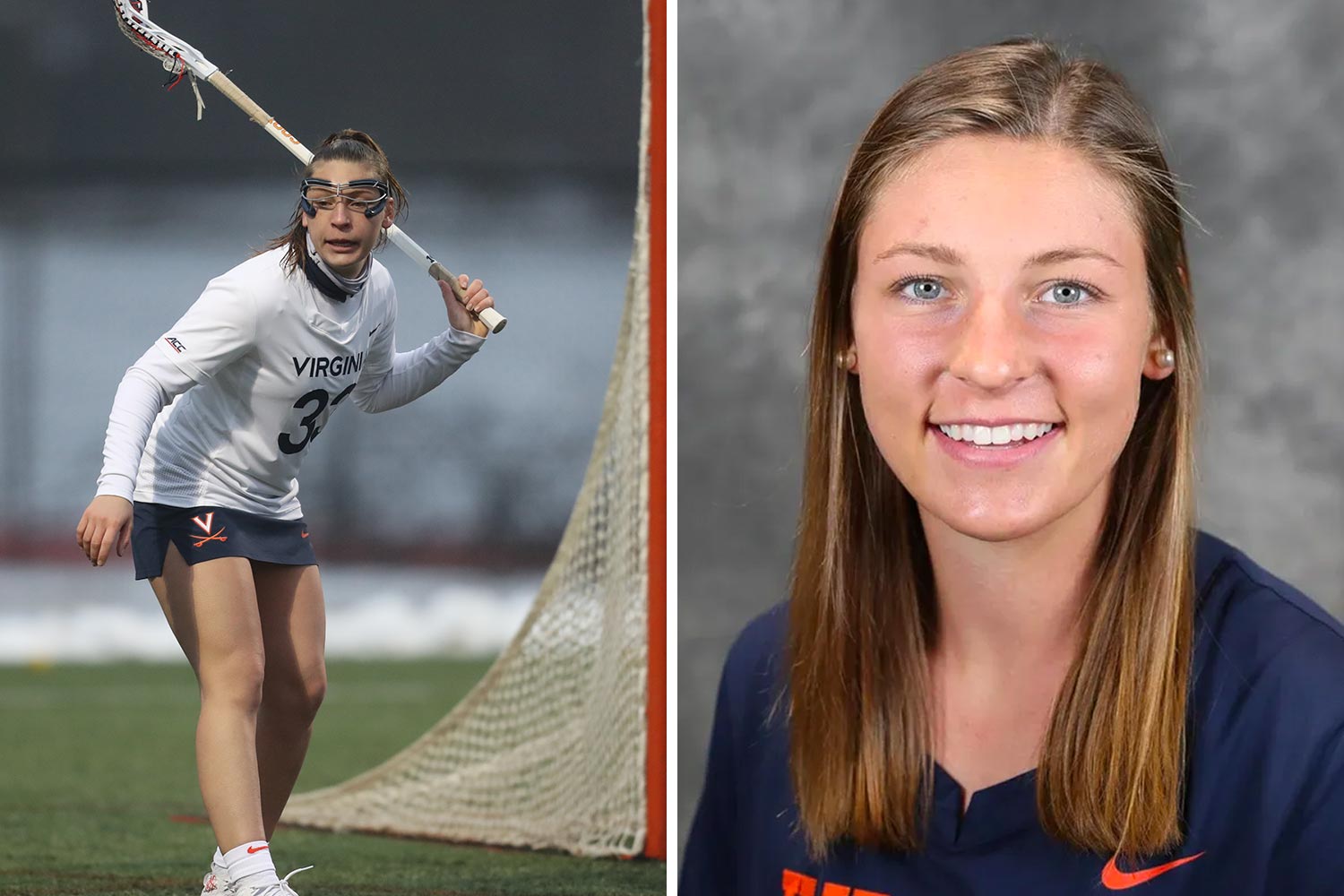 Alex Burtnett majors in global studies and is active in community service, with emphasis in the areas of sustainability and carbon neutrality. (UVA Athletics photos)

Awarded to an accomplished student who demonstrates leadership, sportsmanship, character and integrity, the Crowley Scholarship provides the equivalent of full in-state tuition for the recipient’s undergraduate fourth year.

Burtnett – a third-year student majoring in global studies in the College of Arts & Sciences and minoring in leadership in the McIntire School of Commerce – has made the Atlantic Coast Conference Academic Honor Roll in each of her three years and has been recognized with Distinguished Student honors.

As a UVA student-athlete, Burtnett has a strong record of community service, especially in the areas of sustainability and carbon neutrality. She has served as president of the Green Leadership Council and is co-leader of the UVA Student-Athlete Groundskeepers, an advocacy group for social justice and anti-racism. She serves as co-leader of the Carbon Neutral UVA Lacrosse Initiative. Nike selected Burtnett for an internship in global sustainability at the company’s Oregon headquarters this summer. She also has worked with various groups to bring lacrosse to young girls in the local community, and she is an active member of the One Love Foundation, which works to address relationship violence.

Burtnett, from Oakton, graduated from St. Stephen’s and St. Agnes School in Alexandria, where she captained both the field hockey and lacrosse teams, and was a U.S. Lacrosse Academic All-American.

“Alex is amazing,” UVA women’s lacrosse head coach Julie Myers said. “I’ve been the coach here for 27 years, and leaders like Alex do not come around often enough.”

The T. Rodney Crowley Jr. Memorial Scholarship was established in 1991 to honor the rising fourth-year student who best exemplifies the qualities of its namesake. Remembered as a consummate student, athlete, coach and friend, Crowley played varsity tennis each of his four years at Virginia and captained the team before competing professionally. After taking his degree from the College of Arts & Sciences in 1980, he coached UVA women’s tennis to a 15-9 season and state championship in 1981. Crowley was a member of Zeta Psi social fraternity, the Z Society and T.I.L.K.A. He died of brain cancer in 1991.

Nominations for the Crowley Scholarship were submitted over the fall and early winter. Finalists were interviewed by a committee of scholarship trustees, which consists of University alumni, several of whom are past winners of the award.