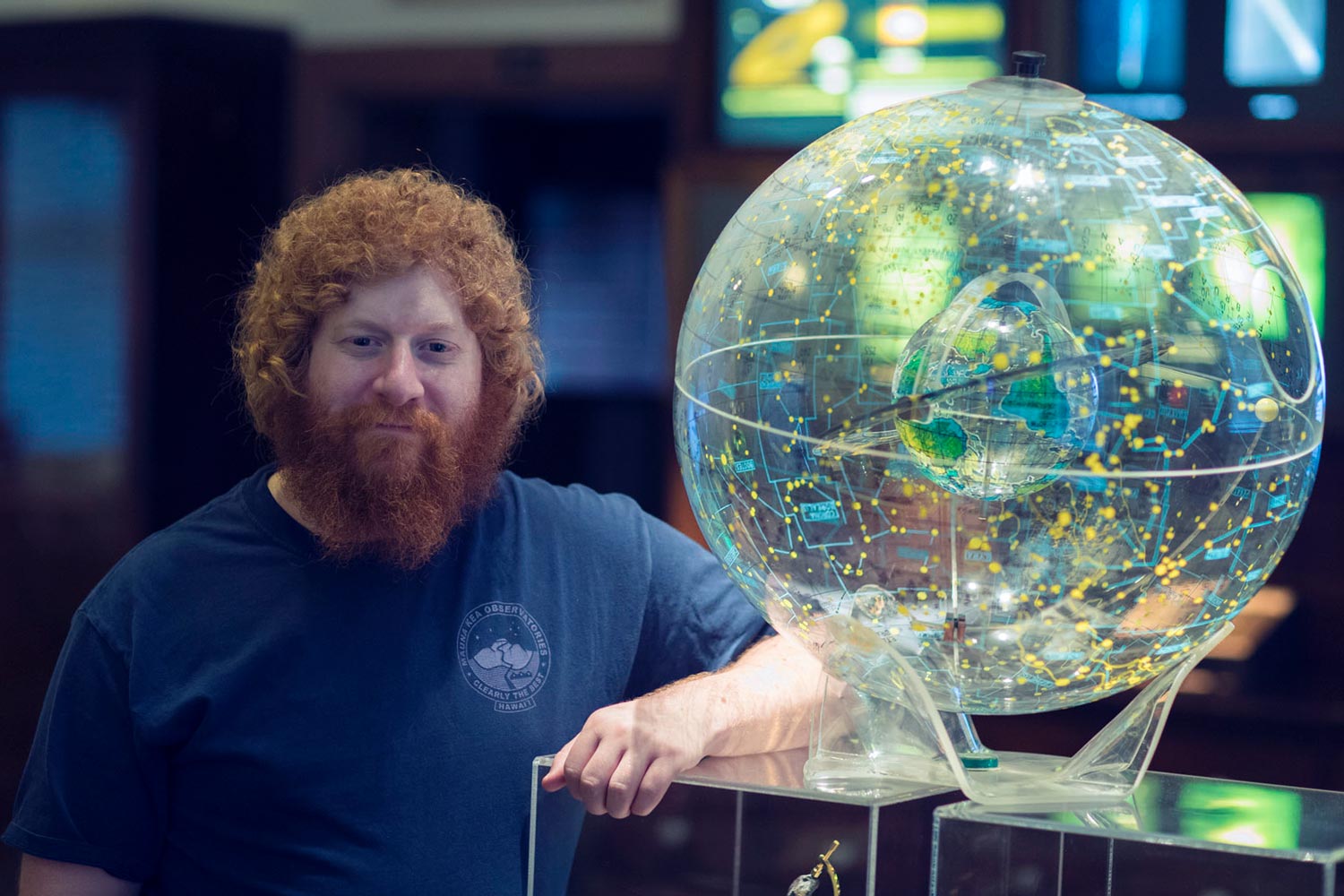 In recent years, astronomers have discovered more than 4,000 exoplanets (and counting) – planets outside our solar system. The majority of those planets are Earth-sized, to about 2.5 times the size of Earth, and therefore considered to have the potential for facilitating the development of life.

But which ones, specifically, could harbor organisms?

One way to narrow the search for habitable planets is to determine which of the many planets that have been found possess magnetic fields. A magnetic field will shield whatever atmosphere it might have from particles (electrons or protons) emitted from its solar system’s sun, and an atmosphere is considered necessary for the development of life. Without a protective magnetic field, a planet may never develop an atmosphere, or its atmosphere will erode into space.

“One of the most elusive goals in exoplanet science today is the detection of exoplanetary magnetic fields,” said Jake Turner, a University of Virginia Ph.D. candidate in astronomy. “Knowledge of the magnetic field of a planet is extremely important because it can help us determine what the interior of a planet might be, whether it could be rocky and have the potential to possess an atmosphere with water, conditions needed for life.”

Turner is developing novel techniques to detect radio emissions from exoplanets with magnetic fields. Such planets, which are dozens to hundreds of light-years away, will produce radio waves (as do all of the magnetized planets in our solar system – Mercury, Earth, Jupiter, Uranus and Neptune) that, though faint, likely could be detected from Earth by astronomers using specialized radio telescope techniques, such as the one Turner is developing.

Turner is using Europe’s Low-Frequency Array, called LOFAR, to measure radio waves emanating from Jupiter as a way to extrapolate how radio waves from very distant planets might be separated out from other background radio “noise.” By using Jupiter, the largest planet in our solar system, as a proxy, Turner can scale the emissions to mimic those of exoplanets. It’s a way to survey the skies to find a needle in a haystack.

“If we can get a handle on how to find direct radio emissions from large exoplanets, we can then eventually use these same techniques to study Earth-sized planets and determine which ones have magnetic fields. These magnetized Earth-sized planets would then be possible candidates to investigate further, looking for biological signatures, such as water vapor, in a search for life,” he said. “The goal is to determine up to what distance and with what strength radio emission from exoplanets can be seen using LOFAR.”

This is the first time, Turner said, that expected radio emission from exoplanets has been simulated using a real planetary signal (Jupiter’s radio waves observed with LOFAR). He is presenting his findings Monday at the annual meeting of the American Astronomical Society in Denver. Later in June he will defend his Ph.D. thesis, which is on the Jupiter proxy technique and other exoplanet magnetic field and atmosphere research.

“The study demonstrates that radio bursts from an exoplanet located at 65 light-years from Earth, an area encompassing tens of known exoplanets, could be detected if the brightness of the signal is a million times stronger than the peak level of Jupiter’s radio emission,” Turner said. “This finding is consistent with theoretical models that predict such strong radio emission can exist, and can be used as a guide to search for radio emission from exoplanets.”

While a brightness of a million times that of Jupiter would indicate a very large planet, Turner said, such a planet very possibly could have moons roughly the size of Earth, with their own magnetic fields.

Turner’s paper can be found here.

Monkeypox Is Spreading, But University’s Risk Believed To Be Low END_OF_DOCUMENT_TOKEN_TO_BE_REPLACED

This Alum Is Living His Best Life on the Road, One State at a Time END_OF_DOCUMENT_TOKEN_TO_BE_REPLACED

These Giant Wind Turbines, Inspired by Palm Trees, May Be the Future of Renewable Energy END_OF_DOCUMENT_TOKEN_TO_BE_REPLACED