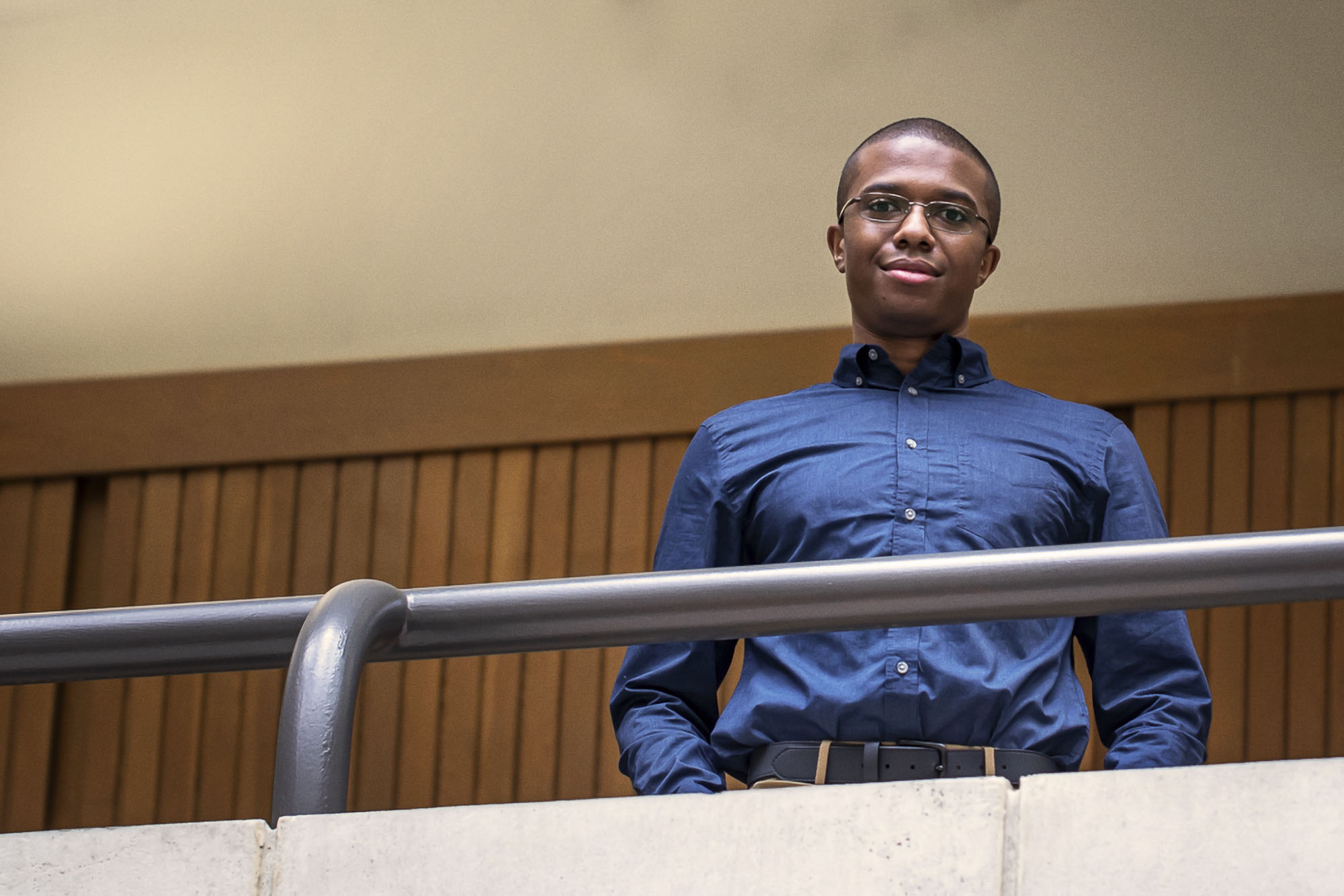 Tim Ware, a doctoral degree candidate in chemical biology at UVA, is a winner of one of the National Institutes of Health’s highest awards for graduate researchers. (Photo by Molly Angevine)

All pain medications have side effects. Take too much aspirin, ibuprofen or acetaminophen, or take highly addictive opioids like oxycodone, codeine or morphine for too long, and the problems they create can become far worse than the ones they were intended to solve.

Tim Ware, a University of Virginia graduate student pursuing a doctoral degree in chemical biology in the College and Graduate School of Arts & Sciences, is studying the biochemical mechanisms that cause inflammation. Eventually, his research could lead to the development of pharmaceuticals that could do a better job of managing the pain caused by inflammation without the side effects of medications available today.

As a member of associate professor Ku-Lung “Ken” Hsu’s lab, Ware and other members of the team study the body’s natural response to disease or injury. Normally, the body responds to disease or injury with inflammation, which helps in its defense against viruses and bacteria and plays an important role in repairing damaged tissue. However, when inflammation becomes chronic or when it appears where it’s not needed, it can lead to a host of cardiovascular and immune disorders, and it can lead to the misuse of the medications created to manage the pain that inflammation causes.

“Tim Ware is an up-and-coming superstar in the fields of chemical biology and lipid biochemistry,” Hsu said. “It has been a pleasure to work with Tim and watch him mature into the independent and confident scientist that he is today. This award is well-deserved and a reflection of Tim’s talent, hard work and accomplishments.”

Ware’s project focuses on the body’s production of a lipid molecule called prostaglandin, which acts as a signal that triggers the inflammatory response, and an enzyme called diacylglycerol lipase-beta, or DAGLB, which indirectly regulates the body’s production of prostaglandin. The project aims to develop a better understanding of the chemical pathways that allow the two substances to work in concert to create and regulate inflammation. Conventional painkillers merely suppress the effects of inflammation after it has begun, but Ware’s efforts could lead to an alternative that would help regulate the cause of the inflammatory response itself.

“What we’re hoping is that this alternative pathway that we’re investigating can offer a more efficacious means of treating inflammation without the side effects,” Ware said.

Understanding the role DAGLB plays, Ware explained, could also open the door to breakthroughs in pharmaceuticals that could be used to treat cancer and other diseases.

“If we can identify new interactions that these drug targets can help mediate, you’ll see a greater push toward developing drug molecules to treat certain disease types by targeting these proteins,” Ware said.

And though the award bears his name and will fund the remainder of his graduate studies at UVA, Ware gives much of the credit for the honor to Hsu; Aron Lichtman, a professor of pharmacology and toxicology at Virginia Commonwealth University who co-sponsored Ware’s application for the award; and Ware’s collaborators in Hsu’s lab who have helped make the project possible.

“It’s gratifying to know that the large body of work I’ve been putting together for the past couple of years with other students has been well received by the wider scientific community,” Ware said. “It definitely shows that we’re on the right track.”