From Half a World Away, Engineering Student Tackles Housing Problem in Armenia 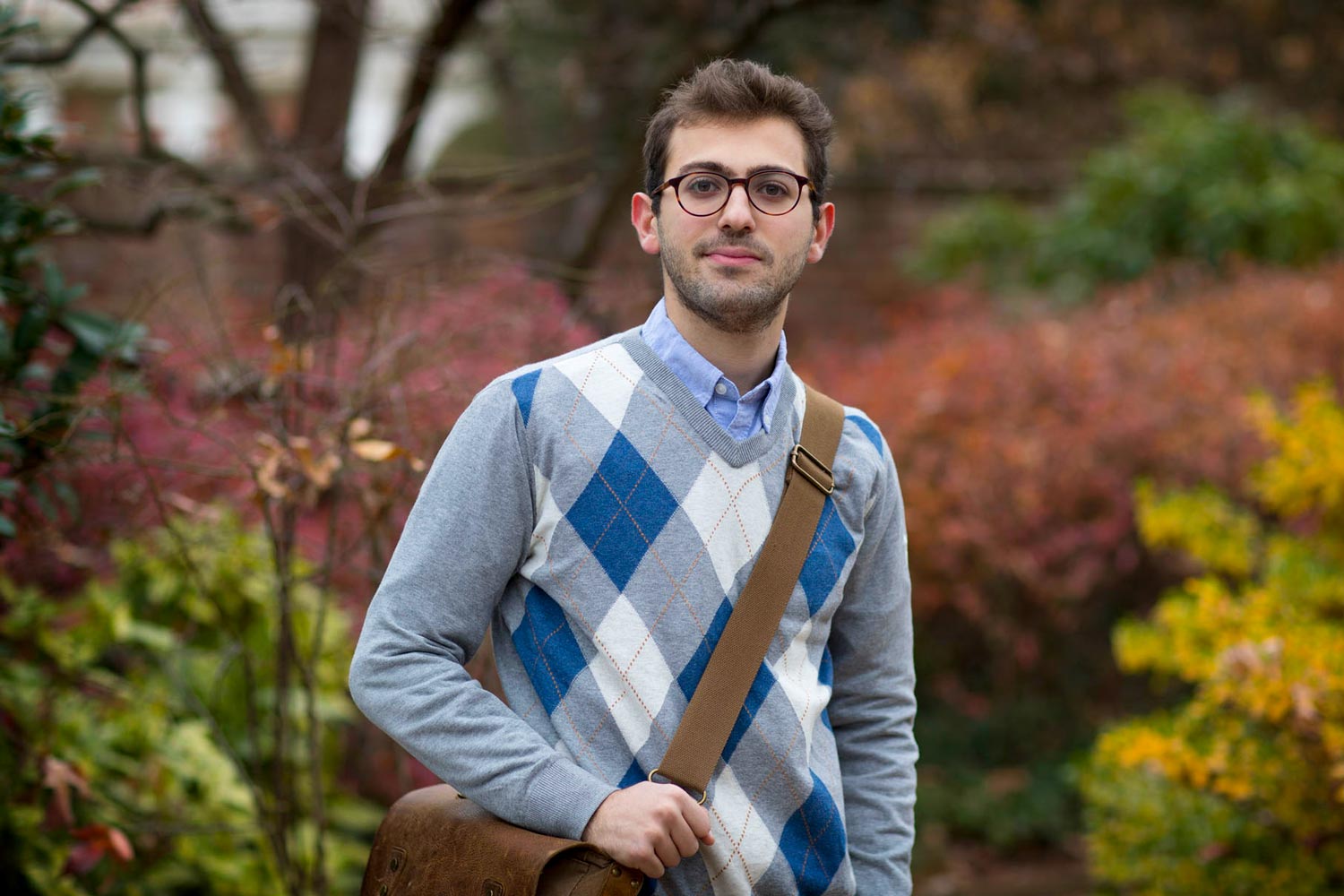 Leon Yacoubian is a fourth-year student at the University of Virginia, but he’s already putting his education to use on the other side of the planet.

An ethnic Armenian majoring in civil and environmental engineering, Yacoubian and some of his fellow students are seeking to develop housing for Armenians still suffering from a 1988 earthquake. Each of his proposed structures, which house four people, measures about 158 square meters (or about 1,700 square feet) and costs around $7,500 – costs he hopes will be defrayed by donations from Armenian expatriates. “There are more Armenians living outside Armenia than inside,” he said.

A week before he came to the University in 2014, Yacoubian toured Gyumri, Armenia, with his father and was badly shaken. He saw the destruction that persisted from the earthquake more than a quarter-century earlier, with survivors still living in the shipping crates that were supposed to be their temporary shelter.

“I was in shock,” said Yacoubian, who has lived in the Armenian capital of Yerevan – about 55 miles from Gyumri – since 2012, when his family escaped the Syrian civil war. “I saw where nature had overgrown the fallen buildings. I thought ‘Why am I so lucky? Why am I here and they are there?’”

Yacoubian was determined to do something about the plight of the Gyumri residents. He launched the “Tuff Armenia Project” in the fall of 2014 with the goal to design and engineer small houses made out of tuff, a local volcanic ash that he hoped could be formed into building blocks.

There are about 7,000 people in Gyumri who are still affected by the earthquake. Yacoubian’s teams are focusing on one district, Number 104, known as the Bus-Stop District, which has about 400 residents, requiring about 100 structures.

He now has two teams working on it. One is a field team of engineering students who have been to Gyumri and seen the problem firsthand. The team’s expenses were defrayed by a $20,000 Jefferson Public Citizens grant and a $10,000 Center for Global Health grant as they gathered material for research and analyzed the data.

“Leon convinced us that these courses would benefit from the real-world project,” said Leidy Klotz, an associate professor of civil and environmental engineering and and an associate professor of architecture. “We were looking for a way to do this. Architecture students were part of the team that traveled to Gyumri and we are exploring ways to have a merged architecture and engineering capstone opportunity through coursework as well.”

Yacoubian said the class project is split into three sections: one dealing with site selection, a second team designing the house and a third team working with the tuff stone material. He said tuff has proven to be an unreliable building material, but still can be used as a façade material. Yacoubian said it is important in designing the buildings to make them look as if they belong to their surroundings.

The teams are preparing architectural designs and shovel-ready engineering plans, and Yacoubian said project members are working with non-governmental organizations in Armenia to build the structures. He said the houses, which would be built on girders supported by pylons, would be “half-built,” meaning they would have two bedrooms, a bathroom and a kitchen, with space for the homeowner to expand the structure.

“The residents can build the rest, if they want additional bedrooms or a workshop for a home business,” Yacoubian said.

He said it is important that the people in the communities have a sense of being part of the solution.

“We want to design this ‘with’ the people, not ‘for’ the people,” Yacoubian said. “We need to listen to what they are saying. We need to see them as people and not just data points. Everyone has a story to tell.”

He said at one point they gave the Armenians disposable cameras and told them to photograph negative and positive things in their lives. The people all said that their families and their gardens were “positive,” while rubble, trash, rust and mold were “negative,” he said.

While Yacoubian’s project is focused on the problems in Armenia, the lessons are not limited to one crisis.

“The Armenian problem is unique, but the lessons are certainly transferrable,” Klotz said. “For example, learning about the unique needs of a community, understanding available material and human resources in a region and designing accordingly.”

And the problems can be approached in many different ways.

Bethany Gordon is part of the field team. A first-year Ph.D. student in civil engineering from Richmond, Gordon is experimenting with virtual reality as a way of presenting engineers with problems to be solved in faraway places such as Gyumri.

“Virtual reality can give you an understanding of someone else’s world in minutes,” Gordon said in a podcast that won an international competition this summer. “It’s not a perfect understanding, and maybe you are not aware of all the cultural nuances, but … you can make that connection in five minutes by sitting on your couch and looking through a $10 virtual reality viewer.”

Gordon, who received her undergraduate degree in civil engineering from UVA, wants to integrate virtual reality into her research, which involves developing sustainable design interventions for civil engineers using behavioral science and neuroscience. Gordon is also starting to explore the idea that increasing the blood flow to the parts of an engineer’s brain dealing with empathy will produce more sustainable designs. She is also working on the hypothesis that the later in the process an engineer commits his or her design to a model, the more willing the engineer is to change the design.

Yacoubian said he sees the problem in Gyumri as a “wicked problem,” a social or cultural problem that is difficult or impossible to solve for as many as four reasons: incomplete or contradictory knowledge; the number of people and opinions involved; the large economic burden; and the interconnected nature of these problems with other problems.

“I see the issue in Gyumri as having no singular solution,” he said. “Instead, there needs to be a multitude of solutions, each tackling a root problem instead of a symptom. I see the Tuff Armenia Project as one step toward a solution for one of the problems.”

Do You Know the History of Your Favorite Corner Spots? END_OF_DOCUMENT_TOKEN_TO_BE_REPLACED

Netflix to Add Ads. Why This Could Be a ‘Game-Changer’ for Your Viewing Experience END_OF_DOCUMENT_TOKEN_TO_BE_REPLACED

What’s Next for UVA’s Class of 2022? END_OF_DOCUMENT_TOKEN_TO_BE_REPLACED