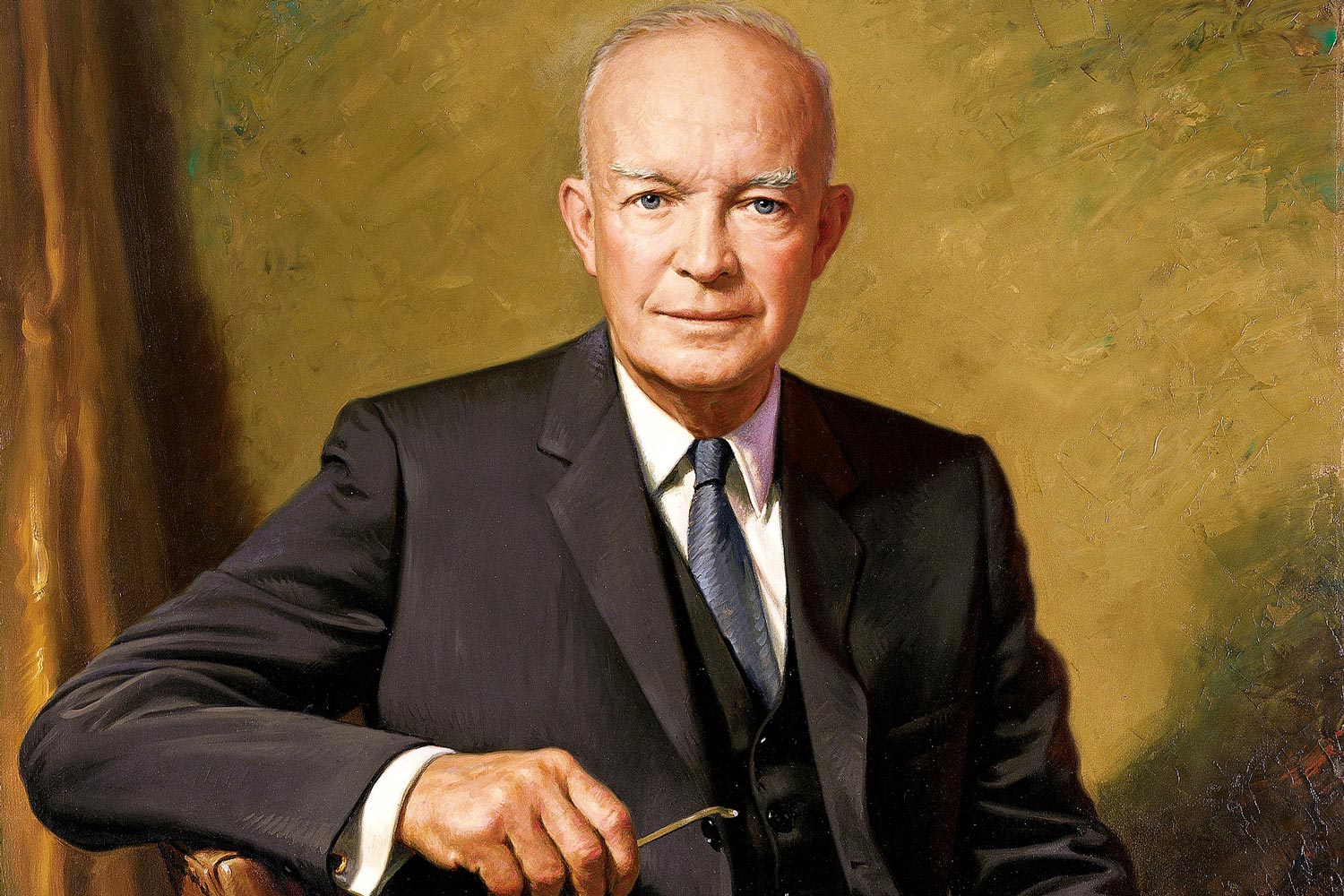 To purge his system from years of studying the tragedies of World War II, University of Virginia history professor William Hitchcock explored the “overlooked and underappreciated” presidency of Dwight D. Eisenhower.

Hitchcock, a 20th-century international historian and the Randolph P. Compton Professor at UVA’s Miller Center, came to Eisenhower after finishing his book on the end and aftermath of World War II, “The Bitter Road to Freedom: A New History of the Liberation of Europe.”

“The last book was so filled with human suffering, I wanted a change,” he said. “I wanted to write a biography, but I also wanted to write about leadership. I teach Cold War history and the warfare state, and that led back to Ike.” 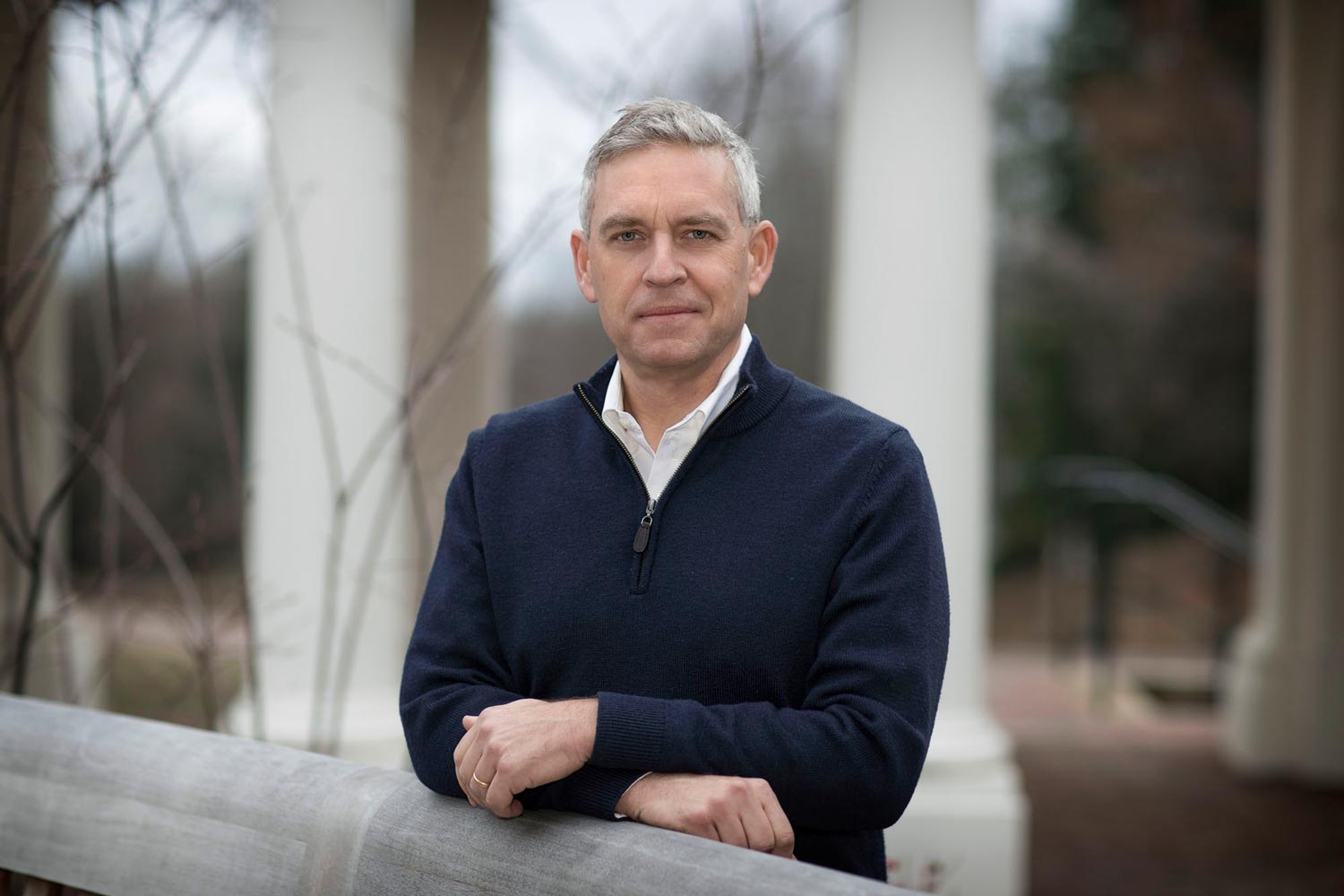 While Hitchcock had plenty of material on Eisenhower as supreme commander of the Allied forces in the European theater of operation during World War II, he wanted to focus on his political leadership in the forgotten 1950s. His book, “The Age of Eisenhower, America and the World in the 1950s,” is scheduled to be published in March.

“Students have no idea what the term ‘the ’50s’ means,” Hitchcock said. “That era is more than 60 years ago, so why would they? It is as far away as Elizabethan England. Even the iconic 1960s is quite foreign to them.”

But it isn’t just students who have no knowledge of Eisenhower. Many critics continue to claim that Eisenhower was a mediocre president, out of step with the second half of the 20th century and far less important than the much shorter, but much more glamourous, Kennedy administration that followed.

Eisenhower has not lived on in memory for a variety of reasons, Hitchcock noted. His rivals painted him as old and boring. He himself did not communicate his own achievements very well. He did not leave a legacy of a powerful GOP – the Republicans were defeated in 1960 and fractured in the 1960s, to the point where the Congress stayed in Democratic hands for decades. Kennedy’s talent, leadership style and tragic death captured the nation’s imagination and overshadowed Eisenhower. The pace of social change was such that after 1960, Ike seemed a man from the distant past.

“The nation was getting younger, more dynamic, less conservative,” Hitchcock said. “Ike seemed out of step with the pace of the 1960s. Only in retrospect can we see the talent he brought to the White House, his personal dignity, his ability to lead in times of crisis and his sense of balance and proportion in politics.

“Ike is not at all well-known because he was not transformative like FDR or Lincoln,” Hitchcock said. “He presided with wisdom and skill over a dynamic era – but he was not iconic.”

Hitchcock said the Kennedys started undermining Eisenhower’s reputation in the late 1950s as part of the effort to run U.S. Sen. John F. Kennedy as the Democratic nominee for president in 1960. He said the Kennedys promoted the Democrats as the party of the future, better equipped to fight communism.

“Eisenhower never recovered from Camelot,” Hitchcock said. “He was not glamorous, not slick. People wanted a younger man. He was considered old, out-of-date and not smart.”

Eisenhower, while not a career politician, understood politics from his career in the military and his work in Washington.

“He learned about politics in the Army,” Hitchcock said. “He worked under Gen. Douglas MacArthur for 10 years; he was Allied commander in Europe, where he honed his coalition-building skills. He knew Washington and Capitol Hill well.”

While Eisenhower honed his political skills, his entrance into politics was to run for president, the highest office in the land.

“Eisenhower was not a partisan hack,” Hitchcock said. “He did not believe that party was more important than country. Eisenhower Republicans had a core of centrist values – an internationalism that is friendly toward allies; a belief in limited, but effective and sympathetic government; fiscal restraint; the hope that wise government can do great things. Remember, Eisenhower began the space program, built the interstate highway system, provided public housing without breaking the bank. Ike was successful by going down the middle of the road.”

Hitchcock said Eisenhower did not think that President Harry S. Truman, who preceded him, was a strong leader because during his administration, Russia attained the atomic bomb, China fell to the Communists and the Korean War started. 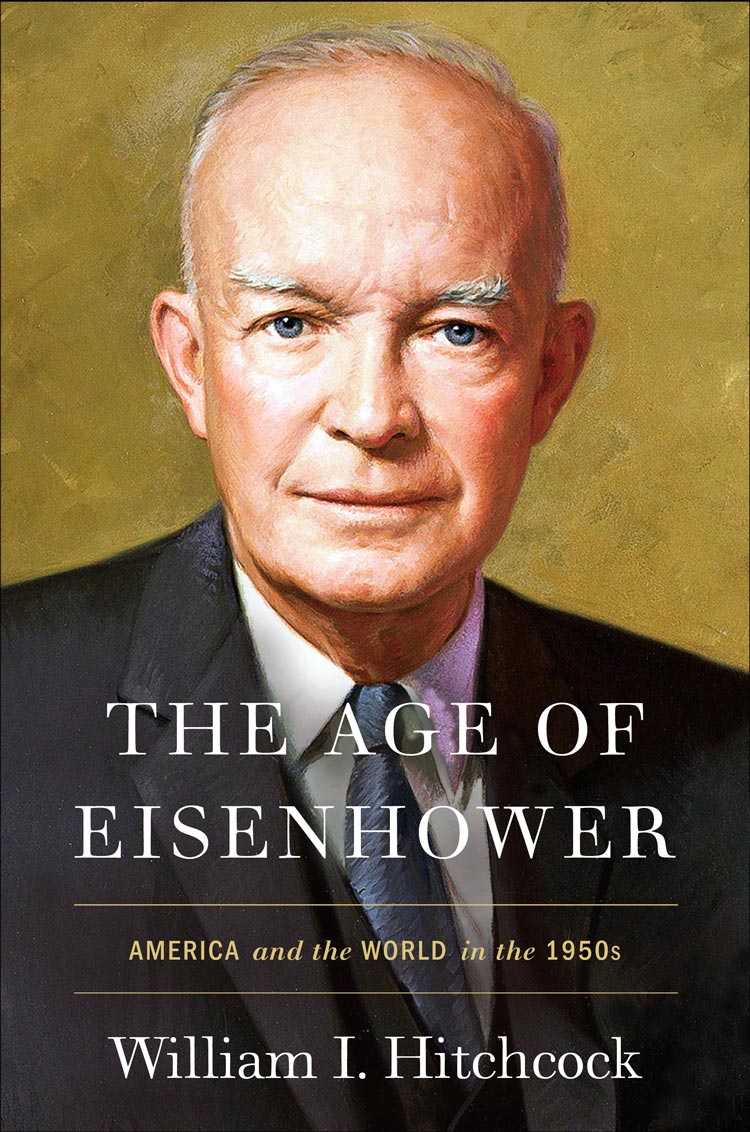 Hitchcock’s book will be released in March.

“People came to Ike asking him to run – and there were some Democrats who wanted him, too,” Hitchcock said. “He pretended that he did not want to be president, and then said he would do it for one term. By the time his first term was ending, he saw himself as the indispensable man in 1956.”

Hitchcock noted that in the 1950s, the United States had many different questions with which to wrestle, such as concern over communism, whether the government should take care of the disadvantaged and whether the U.S. should be the world’s police force. “We had lots of military bases around the world, but we tried to steer clear of conflicts,” Hitchcock said.

Domestically, Hitchcock said Americans were blessed with modest expectations. “In the 1950s, white Americans enjoyed a working wage, the public schools still worked, taxes were higher and inequality was much less pronounced than it is today.”

Part of the difference between then and today, Hitchcock noted, is that there were many veterans in public life, many of whom had served under Eisenhower. “They were aware that wars can happen,” Hitchcock said. “Now there is a huge gap between civilian and military relations.

“The Republicans in the 1950s were different from today,” he said. “They made the GOP into a national party, rather than the party of a wealthy elite. Eisenhower was more popular than any other postwar president.”

Hitchcock said the Eisenhower administration produced only one scandal, when White House Chief of Staff Sherman Adams was forced to resign for accepting some gifts.

“The government was smaller then and Washington was slower,” Hitchcock said. “No one went into government to get rich. That thought would have been ludicrous and outrageous to Eisenhower.”

While Eisenhower’s public persona was fairly staid, he had a strong impact on the people he met one-on-one.

“I read accounts of people who said Ike was the most charismatic person they had ever met,” Hitchcock said. “He was a gifted athlete who played football for the Army. He was an agile, dynamic guy who was very physical.”

“He was a classic conservative who thought the New Deal was excessive, and he feared big government,” he said. “He viewed Social Security and welfare relief as something people earned; they were not free.”

Eisenhower’s views on race were not progressive, either, Hitchcock said. But Brown v. Board of Education, which outlawed separate-but-equal public schools, was decided on Eisenhower’s watch, and he presided over the integration of Washington, D.C. He continued the integration of the military started under Truman, pushed through the Civil Rights Act of 1957 and compelled the desegregation of Little Rock, Arkansas Central High School. Personally wary of embracing civil rights, Eisenhower nonetheless oversaw marked progress in this field.

Through the project, Hitchcock said he developed an admiration for Eisenhower, who he said displayed “enormous intelligence and political instincts.”

“I never thought I would come away from this project with a warm and fuzzy feeling toward Eisenhower, but I really have come to respect his intelligence and his leadership style,” he said. “He comes across as the adult in the room. We could use more of that in the White House.”

When Less Is More: How Harnessing the Power of Subtraction Can Add to Life END_OF_DOCUMENT_TOKEN_TO_BE_REPLACED