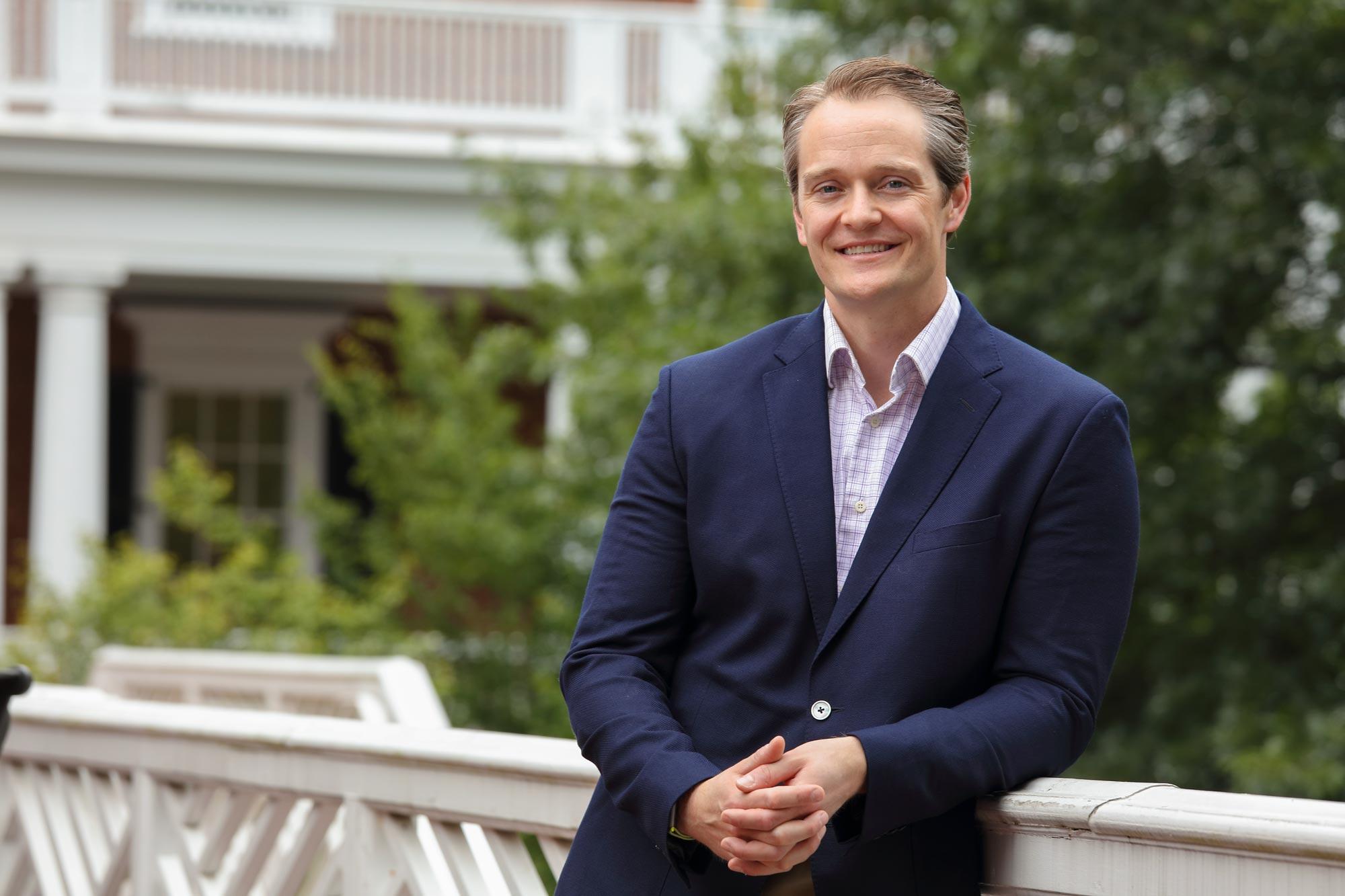 Former Los Angeles Laker Kobe Bryant and former San Antonio Spur Tim Duncan are each more than three years into retirement from professional basketball, but the NBA legends’ personas are living on through courses at the University of Virginia’s Darden School of Business.

Darden associate professor Sean Martin recently completed a business case study entitled “Heart of a Champion,” in which he analyzed Bryant and Duncan’s contrasting leadership styles, and is now using his findings in the courses that he teaches.

“They really are archetypes for different ways of leading,” said Martin of the duo, who each played their entire careers for the same team and each won five championships.

A forewarning to readers: Martin is a huge Spurs fan.

Q. What were your findings?

A. What we see in this business case is an excellent demonstration of how different leadership styles drive different kinds of performance. If you’re a leader who is about yourself, which I would argue, in many ways, Kobe was – by demanding incredibly high salaries every single year, chastising other members of his team to act more like him and play more like him and develop his type of ethos – it’s going to lead to the group fracturing and some individuals not learning and choosing to check out. People don’t learn unless they believe that you deeply care about them. That’s a very foundational lesson from all social science.

Meanwhile, if you’re the type of leader who tends to act in service of a group – like a Tim Duncan, who sacrificed money on his contracts in his later years because he wanted to make sure that he was building a good core of people around him, who helped players with their post moves in practice and was willing to do those kinds of things – you’re going to get individuals who learn, grow and develop, and a team that becomes more cohesive the longer that it’s together.

Q. Since you’re a Spurs fan – did you have to worry about bias?

A. No, because this is a business case that is meant to illustrate a point for business students. It’s meant to explain a social science construct that we know about. If I was doing real, empirical, scientific research, that I do frequently for companies, then yeah, I’d have to take myself out and be very objective and coldly analyze the data.

“Leadership isn’t something that resides in only one person. It needs to be shared throughout a team.”

Q. What kind of feedback do you get when you teach this case?

A. A lot of people say they’d prefer to hire Kobe because basketball is about entertainment and he’ll bring in more dollars. But there’s actually very little evidence to support that. I understand he was very exciting to watch, but the Lakers were one of the most valuable franchises in the NBA before Kobe Bryant got there and they still are after he’s gone.

The dominant predictor of whether you’re making money in the NBA is just the market that you’re in. San Antonio, I would argue, was never one of the most valuable franchises before Tim Duncan got there – and they aren’t now, either. But at least they had these runs where, for a small-market team, their valuation was up in the top 10 for a lot of years. So, in terms of who actually added more value, it was Tim Duncan.

Q. A lot of NBA fans still wonder what would have happened with the Lakers if Kobe and Shaq had stayed together.

But that proves my point because the Spurs with Tim Duncan and [former teammate] David Robinson were very willing to share a leadership role. There were not prima donna attitudes about “my brand” or me getting all of the shots or me being the top dog on this team.

I think that’s another leadership lesson there – that frequently leadership needs to be shared. Not everyone is the best at everything. Everybody is incomplete in some way, shape or form. Leadership isn’t something that resides in only one person. It needs to be shared throughout a team. Some people aren’t willing to do that and some are.

Q. What are some companies outside of sports that have strong cultures similar to the Spurs’ one you discussed in the study?

A. Wegmans and Trader Joe’s grocery stores are known for being awesome employers. One of the reasons is that they try and create this team atmosphere where everybody is part of a collective and some members aren’t necessarily more important than others. They want to make sure they’re keeping people there long-term, and one way to do that is to invest in people. If you do that, you save on a tremendous amount of costs. You don’t have to constantly go out and rehire and retrain people. You build up a lot of tacit knowledge of the business, whereas people who move from job to job never usually develop a deep knowledge of an industry or company.

There are companies that are trying to do this and then other companies that really don’t. Think about how much capital you’re losing by not trying. Bringing it back to the Lakers, think about how much capital they lost by losing players like Shaquille O’Neal, Dwight Howard, Andrew Bynum and all these amazing players who just couldn’t stand to be there. Even Phil Jackson, who didn’t want to coach Kobe anymore. Think of how many people they lost because of the climate that leaders there created.

I understand that people like Kobe Bryant and flashy business leaders are really exciting to watch and they seem very charismatic. But we mistake charisma for performance. I think that makes a big difference in leadership and in just business in general, too. There is pretty clear data that charisma in leadership predicts leaders’ pay, but not their objective performance. That applies in basketball, too, where the most exciting people get paid a lot of money, but they aren’t necessarily on winning teams or making people around them better.

“What’s weird is that we value the pizzazz and charisma and individual branding so much in our culture, but the more effective thing time and time again is humility in leadership.”

Q. Anything the NBA fan in you will be keeping an eye on – from a leadership perspective – this season?

Q. I’m looking forward to seeing what will happen with the Warriors now that they’ve had some attrition. One of the things I found so impressive about the Warriors beforehand – even though I wasn’t a Warriors fan – was that they made a “super team” work. And I think one of the reasons they made it work is because of the leadership of Steph Curry, who had an ethos of, “OK, we’ve got Kevin Durant in here, we have to share the ball. He needs to be a key part of this group.”

This was a two-time MVP before Durant got there – and he helped Durant win an MVP award. That kind of ability to be able to share the leadership is amazing. I’m looking forward to seeing what he can do now that Durant is gone and Klay Thompson is out. Can they sustain that culture with fewer star players?

What’s weird is that we value the pizzazz and charisma and individual branding so much in our culture, but the more effective thing time and time again is humility in leadership.

Q. Which is what has worked so well here in Charlottesville for the UVA men’s basketball team, right?

A. Absolutely, 100%. Tony Bennett has done that fantastically. By demonstrating character and knowing that nothing comes above the team. It’s all about the team and not your own glory, which you can see from him declining a pay increase and actually donating money. It’s not just about his own position. It’s about the collective.

And that’s the most powerful leadership lesson we can all take away. Leadership should be about other people instead of us.