Here’s What We Can Learn Today From Empires of Yesterday 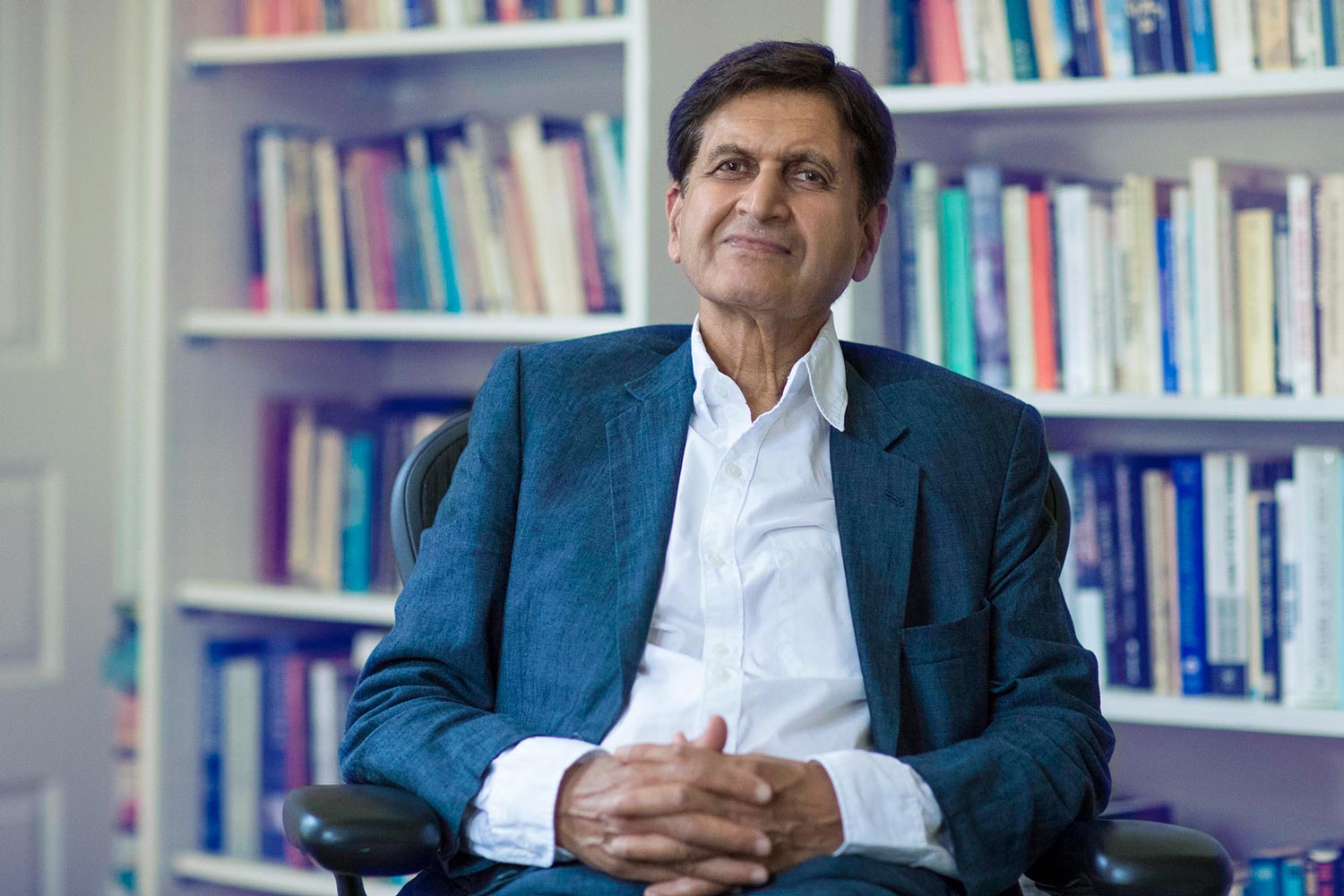 In today’s divided world, with so many ethnic and religious conflicts among and within nations around the globe, University of Virginia sociologist Krishan Kumar says European empires of the past can shed light on how societies could accept being multicultural and inclusive.

Born in Trinidad to Indian parents, from age 9 Kumar grew up in London and did his graduate work at the London School of Economics.

He might be a product of the post-colonial British Empire, but he didn’t consider studying it in college. Negative connotations, such as military conquest and cultural dominance, tainted the topic of empire with shame and guilt, he said, through much of the 20th century.

Over the past 50 years, scholars have been much more interested in pursuing post-colonial studies – about the peoples who were once subjected and the nation-states that they grew out of former empires. “The important thing, therefore, seemed to be to understand nationalism, especially ‘Third World’ nationalism. Empire was a thing of the past,” Kumar writes.

More recently, though, some scholars have begun to reassess how empires saw themselves, how they worked and why they lasted hundreds of years.

“Visions of Empire” offers new insights into the interactions between rulers and the ruled, revealing how empire was as much a shared enterprise as a clash of oppositional interests. It explores how these empires differed from nation-states, particularly in how imperial rulers were forced to downplay or suppress their own national or ethnic identities in the interest of the long-term preservation of their rule.

"Empires were and are ‘multinational’ and ‘supranational.’ They preceded the nation-state and may well succeed it." -- Krishan Kumar, UVA sociologist

“Part of what’s interesting is their long experience in managing diversity. Given this fact, empire has a claim on our attention,” Kumar asserted. Today, nations are having difficulty dealing with diversity because of nationalism, where people identify with their nation-states. Often that national identity includes, or is based on, ethnic heritage and/or religion, but it’s different from how these empires managed differences.

“Do we attempt ‘multiculturalism’ – that is, to accommodate a great variety of beliefs and ways of life within existing state structures? Empires were multicultural almost by definition,” Kumar writes. “Are we faced with the challenge of emigration and immigration on a global scale, creating ‘diasporic’ communities of newcomers as large minorities within host populations? Empires were both created by, and the cause in turn of, vast migrations across the surface of the world.

“Is the nation-state under stress, perhaps even in crisis, as a result of the transnational movements of finance, industry, people and ideas? Empires were and are ‘multinational’ and ‘supranational.’ They preceded the nation-state and may well succeed it.”

In his hefty 600-page tome, Kumar shows how each empire, like ancient Rome, saw itself as the carrier of universal civilization to the rest of the world, but had to accommodate other cultures and enlist those people to participate in this mission.

Sometimes their aims were couched in religious terms, as with Islam for the Ottomans, who ruled in Turkey, or Catholicism for the Habsburgs, who were the rulers of Austria-Hungary. Later, the imperial missions took more secular forms, as with British political traditions, French culture, or the world communism of the Soviets, Kumar said.

For the most part, though, these empires thought counter-productive to push religious uniformity. The Ottoman Empire, though rooted in Islam, recognized “the People of the Book” – encompassing the Jewish and Christian religions. They tolerated different ethnic and religious groups, weaving a multicultural fabric. The Russian Empire absorbed many different ethnic groups in the vast lands it came to rule.

All five empires offered subjugated peoples’ routes to opportunities and success – even to the highest position of emperor, in some cases. Imperial subjects could become qualified to work in administrative, civil service, judiciary or military jobs and roles, Kumar said. In the beginning, the British, for example were reluctant to take on the burden of governing and worked with local leaders and their systems of rule.

“If you were willing to sign on with their mission of civilization, ethnicity was not important,” Kumar said.

Kumar’s previous scholarship on English identity, “The Idea of Englishness,” published in 2015, led him to extend his analyses to the other empires. He has also published “The Making of English National Identity” in 2003, as well as “From Post-Industrial to Post-Modern Society.” At its zenith in the 19th century through World War I, the British Empire controlled a quarter of the world’s population and land.

“Like the Romans, they seemed to think the world belonged to them, that they created it, and when they lost it, they lost their identity,” Kumar said.

“It’s been a dilemma for the people – how to come to terms with the loss of being an imperial people,” he said. The British saw themselves as servants of the empire, not as the extension of their nation, he said. Now they’re still unsure of their national identity – hence the recent political move, known as Brexit, wherein the people voted to leave the European Union.

Kumar called the dynamic of expansion part of the logic of empire. At a certain point, it becomes too big to manage, whether with lands overseas or vast areas of contiguous or nearby land. The irony is that the imperialists dug their own graves, creating the forces that destroyed them, he said. All empires decline.

The Nazi regime was doomed to fail because of its exclusions and rigid uniformity, in addition to its murderous plans of exterminating Jewish people and other groups. “That’s a lesson in how you don’t run an empire,” he said.

Kumar thinks the future belongs to multinational  societies. Nations, such as those of the European Union, are trying to figure out how to manage and strengthen a bigger federation that enables countries to work together.

“Empire, in sum, can be the prism through which to examine many of the pressing problems of the contemporary world – perhaps even the birth pangs of a new world order,” he writes.

Netflix to Add Ads. Why This Could Be a ‘Game-Changer’ for Your Viewing Experience END_OF_DOCUMENT_TOKEN_TO_BE_REPLACED

What’s Next for UVA’s Class of 2022? END_OF_DOCUMENT_TOKEN_TO_BE_REPLACED