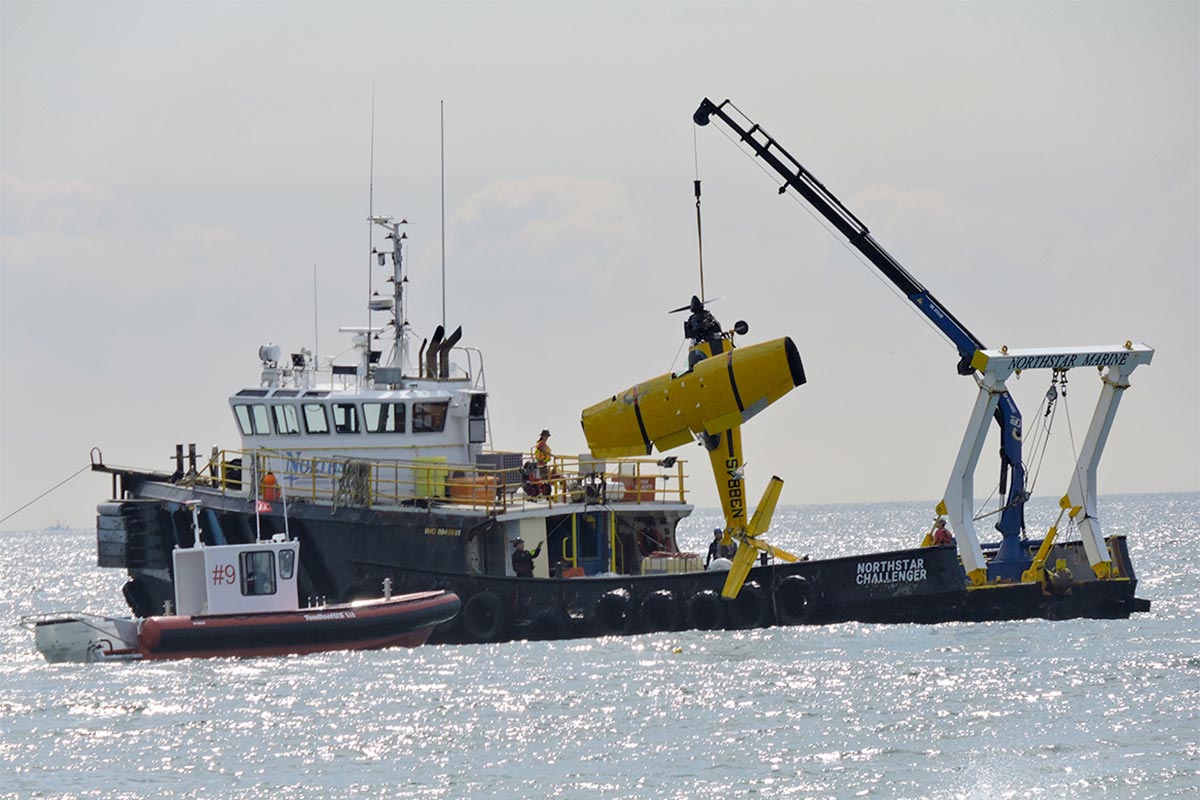 As someone with an affinity for space and all things that fly, University of Virginia aerospace engineering student Charlie Osborne had his eye on the Cessna 150 that was quickly approaching the New Jersey beach where he was working as a lifeguard last Saturday.

When the advertising banner being towed by the small airplane suddenly fell off the back, he wondered if something was amiss.

“I thought that was kind of strange,” Osborne said. “Then the plane kept getting lower and lower and I knew something was definitely going wrong.”

Moments later, the aircraft was in the ocean and Osborne was on his paddleboard trying to rescue the pilot.

Miraculously, the pilot was OK. Thankfully, he had no passengers. And, luckily for him, Osborne – a member of the UVA Triathlon Club – was working that day.

Osborne, a rising third-year student from New Milford, Connecticut whose family spends its summers in New Jersey – his grandmother has a house on Long Beach Island – estimates that it took him and a fellow lifeguard about 2½ minutes to make the roughly quarter-mile trip to the crash site.

(If the story seems familiar, you have a good memory. In 2016, a then-incoming first-year student, David Darling – who was in his first day as a lifeguard on Weekapaug Beach in Rhode Island – rescued the pilot of a small plane that crashed into the ocean just off the beach there.)

Osborne has worked as a lifeguard on Long Beach Island every summer for the past five years, during which time he has had made a handful of rescues – everything from swimmers suffering medical emergencies to others stuck in riptides.

However, the most recent rescue will be the one Osborne remembers most.

UVA Today caught up with Osborne to get his full account of the experience.

Q. Can you take us through what happened after the plane started going down?

A. It hit the water kind of front-first and flipped forward upside-down. That’s when I hopped off the stand and alerted my supervisors, who were luckily nearby. It was a cold day and I was wearing all these sweats that I had to get off. I grabbed the paddleboard that we use for rescues and paddled out to him.

The plane had sunk in probably about 20 seconds – so as I was paddling I, I didn’t even see the plane. I kept going out. One of my fellow lifeguards was also there. And then I see the guy, I see his head – he’s treading water out there. I paddled over to him and the first thing I asked him was if anybody else was in the plane and if he was seriously injured.

Luckily, he was alone and he wasn’t too injured. He had a bit of a head injury, which was probably a concussion, a broken nose and a dislocated jaw, but other than that he was OK. We got him on another rescue board and we secured him. Since he was OK, we took our time coming in, and after that, it was good.

Q. Have you been you able to talk to him since?

A. I haven’t, but he was a chill guy. For somebody who had just crashed a plane, he didn’t seem too freaked out. He was probably in a little bit of shock, too.

Apparently, about a half-mile down the engine went out, and he wasn’t totally sure why. He glided it down and then after he hit the water, he slipped out the window. It sank to about 20 feet or so, but thankfully he got out the window and was OK. 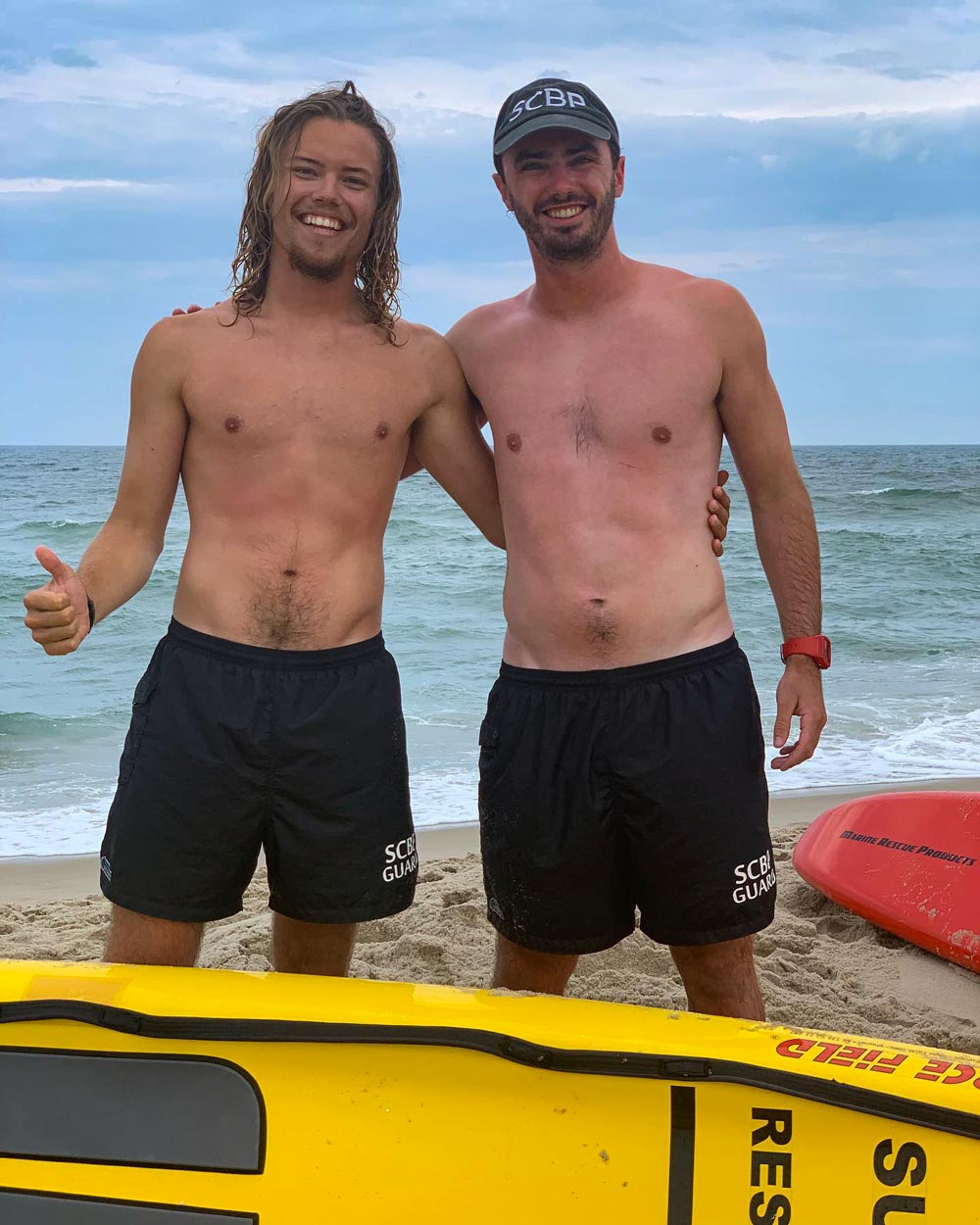 Q. The conditions were reportedly windy and the water was a bit choppy. Did your triathlon experience help with that?

Q. Yeah, I’m pretty comfortable in the ocean and on paddleboards, and I surf. The south wind helped him because he was coming from the south and that helped him glide down a bit. It was a little choppy, so my comfort on that board was definitely big in terms of paddling out there because it’s not that easy to stay on them if you don’t know what you’re doing. A paddleboard is a lot more buoyant and bigger [than a surfboard] and you kind of do more knee paddling on it if you want to go faster, which is what I was doing. I had the smaller, faster board, so I was able to get out there first.

Q. People in these types of situations always seem to say they didn’t have to think about what they were doing, they just acted. Was that your experience?

A. Yeah, in the moment, I just went straight into rescue mode because I’ve been in situations where I’ve had to act quick and call ambulances. Just the experience of the past four or five years of lifeguarding really set me up for not having any hesitation and just getting the paddleboard out and going right out to him.

Q. What is it about lifeguarding that’s made you want to do it for all these years now?

A. It’s just a great community. I feel like a I learn a lot. It’s kind of like a sports team in a way. We train to do paddleboard races. And just being on the ocean is just great. I love being in the ocean, and the fact I can use the knowledge of the ocean I have to help people that don’t know the ocean as well. And I have a lot of friends and cousins who do it. I just love it. It’s a great job. 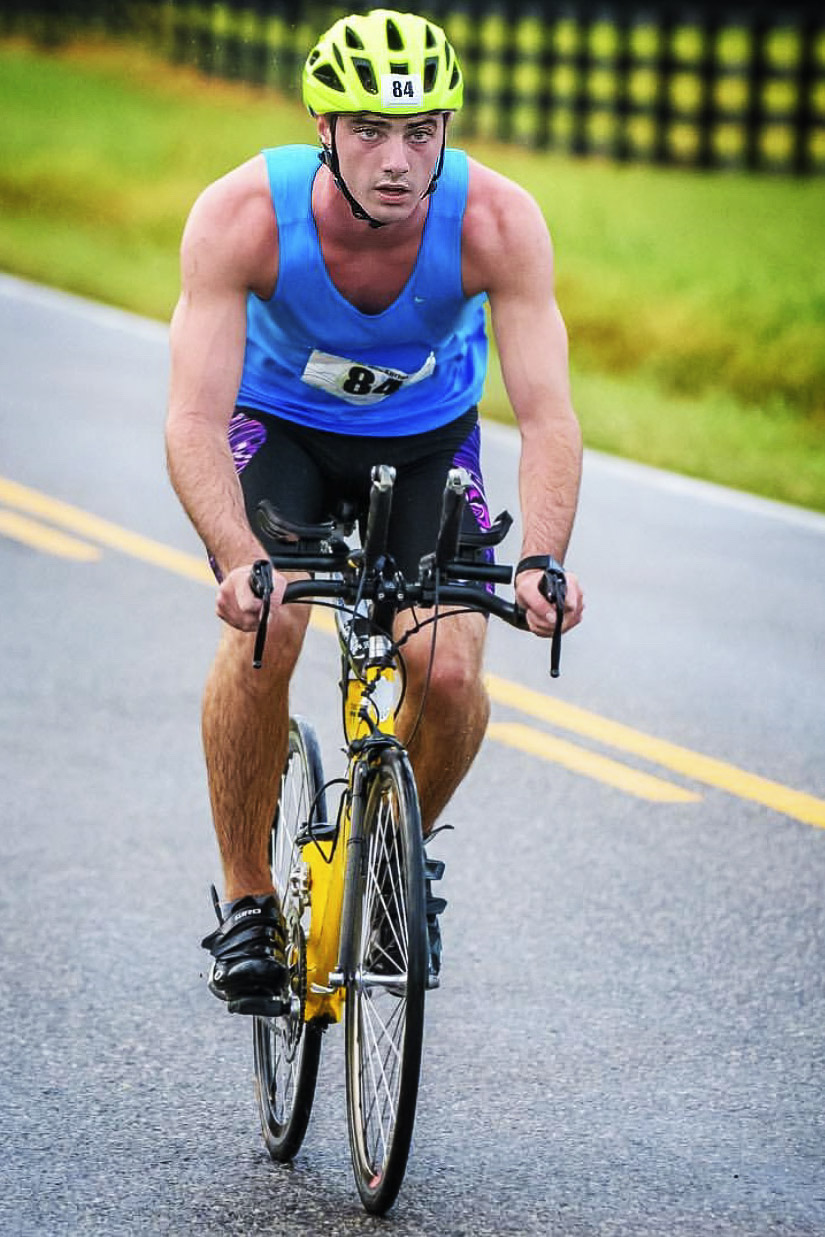 Q. What’s been your family and friend’s reactions to all this?

A. It’s funny because I have a lot of lifeguard friends. Everyone’s like, “You just got the dream of every lifeguard on the island. A plane goes down right in front of you that you have to paddle out to and then everyone’s OK.” It was a once-in-lifetime experience.

Q. Do you remember what the advertising banner on the back of the plane was for?

A. It was for “High Noon Seltzer.” I’d love to go get that [as a souvenir], but I think it sank. They just took the plane out [Wednesday]. Some people dove down and checked it out, which was cool.

Q. Do you know what you’d like to do career-wise after UVA?

Q. Given your interest in aerospace, do you find it kind of ironic that you just rescued an airplane pilot?

A. I’ve thought that too, right? An aerospace major going out to get a guy who crashed a plane. It’s kind of funny.

Do You Know the History of Your Favorite Corner Spots? END_OF_DOCUMENT_TOKEN_TO_BE_REPLACED

Netflix to Add Ads. Why This Could Be a ‘Game-Changer’ for Your Viewing Experience END_OF_DOCUMENT_TOKEN_TO_BE_REPLACED

What’s Next for UVA’s Class of 2022? END_OF_DOCUMENT_TOKEN_TO_BE_REPLACED