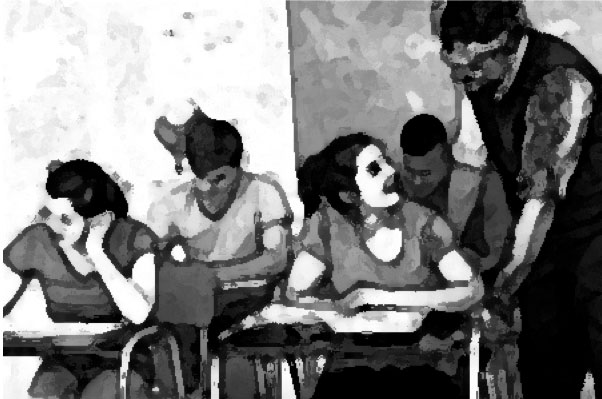 Virginia high school students and teachers report that overall their schools are safe and supportive places for learning, according to an online survey designed by University of Virginia Curry School of Education professor Dewey Cornell and his team of researchers.

The survey was administered in the spring by the Department of Criminal Justice Services’ Virginia Center for School and Campus Safety; 48,027 students and 13,455 teachers in grades nine through 12 from 323 public high schools completed the anonymous online surveys.

In a report released this week (executive summary here), students consistently described supportive relationships with their teachers and positive feelings toward their school, Cornell said.

Statewide, 82 percent of students and 91 percent of teachers reported that they feel physically safe at school, but many students reported problems with bullying and teasing, noted Cornell, who is also a clinical psychologist, director of the Youth Violence Project and a program director at Youth-Nex: The U.Va. Center to Promote Effective Youth Development.

“One area of concern is that teachers have mixed views of the consistency and effectiveness of school discipline,” Cornell said. “Another concern is that many teachers reported little knowledge of the student support programs available in their school.”

Each high school received an individual report of survey findings that is available through the high school.

“There is so much coverage of school violence that we think it is important to point out some good news about the overall safety of our schools,” Cornell said. “Both students and teachers report feeling safe at school, and the incidence of physical violence is very low. At the same time, we know that bullying and teasing can be a seedbed for acts of violence and so it is important for schools to address these kinds of problems before they escalate.

“Our research has shown that a supportive and disciplined school climate is important to maintaining safety in our schools, and the survey results will help schools gauge their strengths and weaknesses.

“School discipline is a hot topic in education because of the growing evidence that school suspension is an ineffective practice. In many schools, teachers are concerned about school discipline, and we hope the survey results will stimulate discussion and clarification of how schools deal with student misbehavior.”

Cornell and his team have conducted these surveys on a smaller scale in previous years, but this is the first year they surveyed all four grades in all state high schools. The survey was designed based on research and feedback from a middle school survey conducted last year.

“Next year, we will return to the middle schools and the following year the high schools, so that all secondary schools are surveyed every two years,” Cornell said.

Fall Is in the Air on Grounds END_OF_DOCUMENT_TOKEN_TO_BE_REPLACED