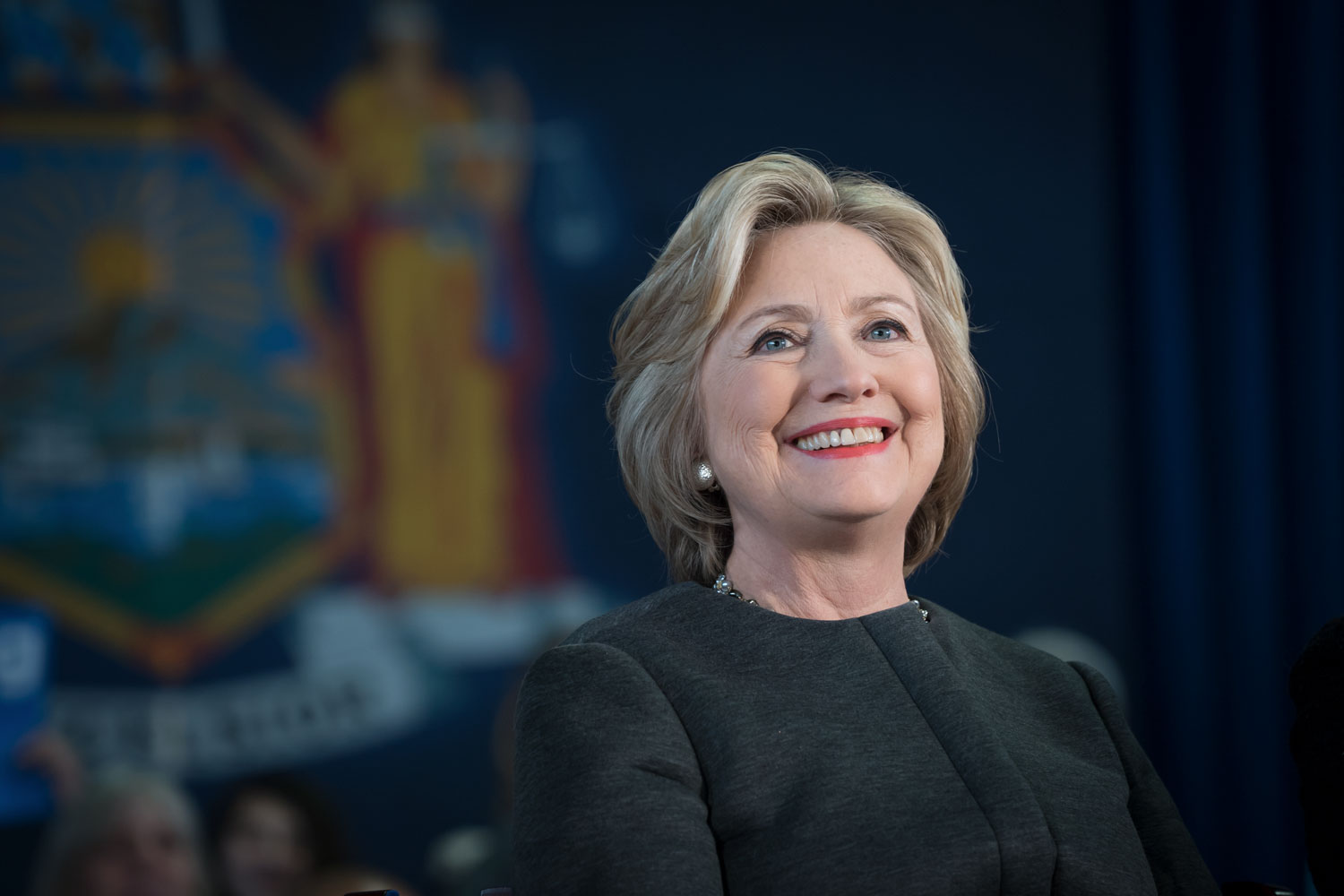 Former Secretary of State Hillary Rodham Clinton will headline the Women’s Global Leadership Forum, a two-day University of Virginia symposium that will draw leaders from across the country and around the world to explore the role of women in 21st-century democracy.

Other nationally prominent speakers include U.S. Sen. Shelley Moore Capito, a Republican leader in the Senate from West Virginia; David Gergen, senior political analyst for CNN; Atifete Jahjaga, Kosovo’s first female president; Maya Ajmera, founder of the Global Fund for Children; and Jean Case, CEO of the Case Foundation and chair of the board of trustees for National Geographic.

The forum, set for Nov. 13-14, is part of the University of Virginia’s bicentennial commemoration.

The symposium will provide faculty members and students an opportunity to explore critical issues facing women over the course of UVA’s history and highlight challenges for the next century. The forum will feature panels on a variety of current topics:

“In recent decades, we have made considerable progress regarding the involvement and advancement of women in society, but we still have a long way to go,” UVA President Teresa A. Sullivan said. “The issues to be discussed at the forum are essential to our national and global conversations about the role of women in the 21st century and the challenges that we face.”

Tickets for UVA students, faculty and staff for the Clinton session will be distributed through a lottery system which will open Oct. 26. A remote viewing location will also be available in Newcomb Hall Theater on Grounds.

“The Office of the Provost at UVA is pleased to partner with the Women’s Forum and the Jefferson School African American Heritage Center to extend a portion of the programming to the community through simulcast,” said Louis Nelson, UVA’s associate provost for outreach. The closing session with Clinton will be livestreamed at the Jefferson School.

Visit here for further details on the livestream, ticket information, security arrangements and to register for forum events. Registration for those will open Oct. 18.

“I firmly reject the opinion that American society has entered into a post-feminist era in which women no longer face barriers to their personal and professional goals,” Kenny said. “UVA was founded to train the next leaders of this great experiment in democracy. It is critical to elevate the voices and status of women as we continue this commitment into the next century.”

Forum highlights include the opening session, to be held Nov. 13 at 9:30 a.m. in the ballroom in Newcomb Hall. Capito, a 1976 graduate of the Curry School of Education, will be the featured speaker.

“Health and Education Challenges for Women and Girls,” will feature Dr. Vivian Pinn, a 1967 graduate of UVA’s School of Medicine and the first director of the Office of Research on Women’s Health at the National Institutes of Health. (UVA recently renamed a medical research building in her honor.) Rwanda’s former minister of health, Dr. Agnes Binagwaho, will also participate on the panel.

Later that afternoon a session titled “Women and Political Power” will feature Jahjaga, the former president of Kosovo who was among the youngest heads of state when she took office in 2011. She will be joined by Halla Tomasdottir, who ran for president of Iceland last year. Tomasdottir is a powerful public speaker, a strong advocate for women running for public office and a member of the founding team of Reykjavík University.

That evening, a reception will celebrate the leadership of Sullivan, who became UVA’s first female president in 2010. A panel discussion there will include 1981 UVA graduate Valerie Ackerman, the commissioner of the Big East Conference and former president of the WNBA. The evening will conclude with the salute to Sullivan that includes UVA’s Larry Sabato, College of William & Mary President Taylor Reveley and Mary Sue Coleman, former president of the University of Michigan and president of the Association of American Universities.

On Nov. 14 at 9 a.m., Virginia First Lady Dorothy McAuliffe, who has served as the honorary chair of the forum, will introduce “Change in the World: Mobilizing Millennials” in the Newcomb Hall Theater. Case, the CEO of the Case Foundation and chair of National Geographic’s board of trustees, will be the featured speaker

The forum will conclude with Clinton’s remarks that afternoon.

“As UVA celebrates its bicentennial, we wanted to include a broad range of voices and viewpoints,” stressed Stewart Gamage, chair of the forum steering committee.

“Women leaders here and abroad have a major role to play in building strong democratic institutions. Charlottesville can be a global destination for women’s leadership with UVA initiating that dialogue,” she said. “Our hope is this forum can help lay the foundation for that essential work.”

Visionary leaders from over 20 countries will participate in this event through partnership with the Presidential Precinct, a consortium of UVA; William & Mary; Thomas Jefferson’s Monticello; UVA’s Morven; Highland, the presidential home of James Monroe; and Montpelier, the home of President James Madison.

What Is Biotechnology? Where Is It Headed at UVA? END_OF_DOCUMENT_TOKEN_TO_BE_REPLACED