With His Second Major Scholarship, May Grad Headed to University of Cambridge 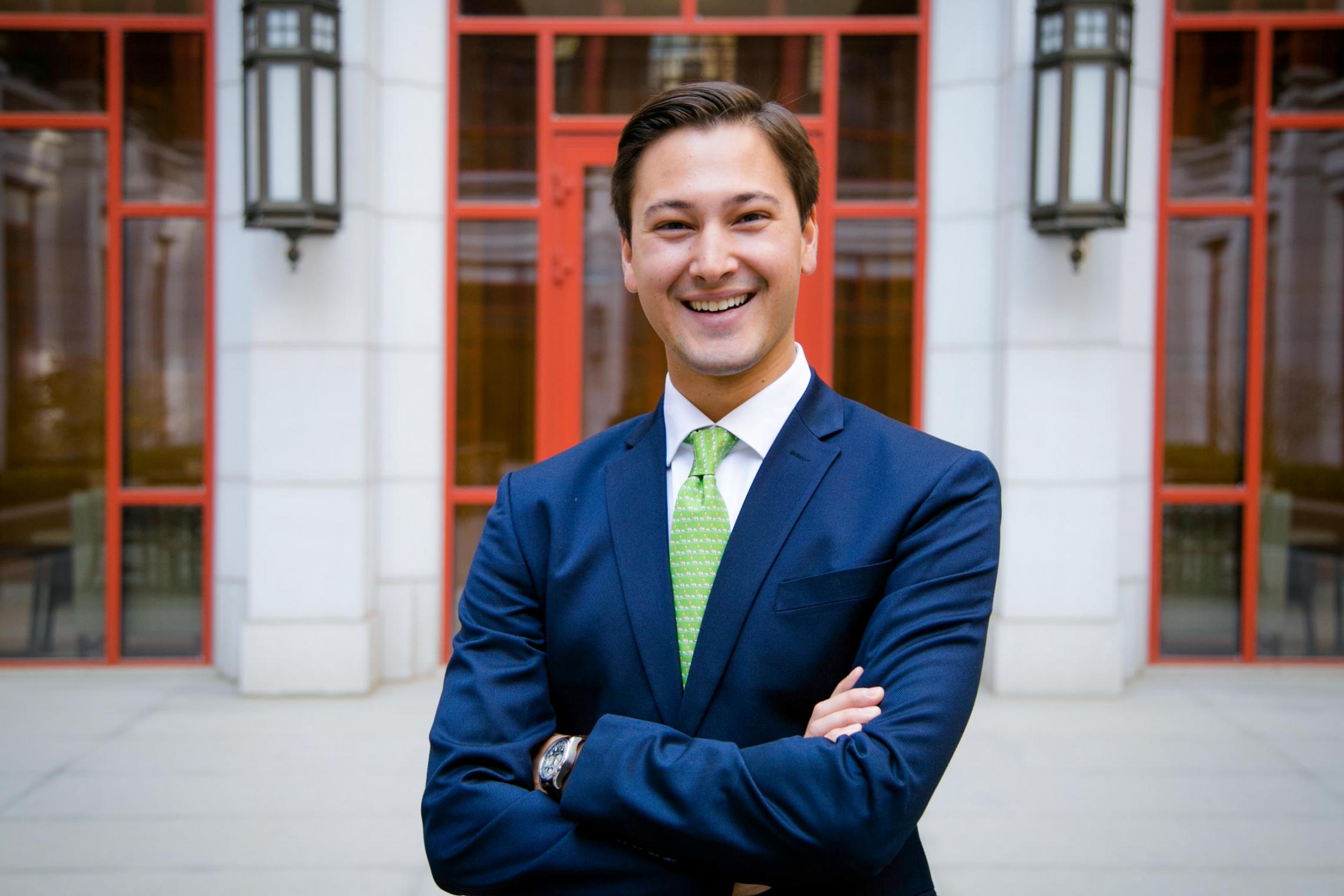 Jack Brake, a May graduate of the University of Virginia, earned a prestigious Marshall Scholarship to pursue a Ph.D. in politics and international studies at the University of Cambridge – his second major postgraduate scholarship.

Brake, of Swarthmore, Pennsylvania, graduated from UVA’s politics honors program and the Spanish distinguished majors program in May. He is currently pursuing a master’s degree in global affairs at Tsinghua University in Beijing as a Schwarzman Scholar.

“This is an opportunity to study the subject I love at one of the world’s best universities,” Brake said. “The intellectual freedom and interdisciplinary flexibility I will enjoy at Cambridge is unmatched in my field and will help me lay a strong foundation for a career at the intersection of law and international relations.

“It’s also an opportunity to immerse myself within another diverse and engaging group of peers. I’ve been so fortunate to know, through the Jefferson and Schwarzman programs, such smart and passionate people. I know Marshall will be the same, and with an outsized representation of aspiring academics, will lead to particularly productive conversations in and adjacent to my field.”

As an undergraduate Jefferson Scholar at UVA, Brake’s research focused on prestige and nuclear proliferation – why some states perceive proliferation as prestigious, while other states seek prestige through nuclear restraint.

“It’s basically a puzzle about how social psychology affects international relations,” he said. “By my second thesis, I was explicitly connecting foreign policy attitudes regarding nuclear weapons to individuals’ underlying ‘prestige orientations,’ which are their attitudes toward prestige, consumption and ostentation in everyday life.”

He published an article on this in the Bulletin of the Atomic Scientists during summer 2017.

Brake was also a Spanish major. “My Spanish research focused on another topic in global history – namely, interfaith interactions during the period when Muslims ruled over Christians on the Iberian Peninsula in medieval times,” he said. “I studied the history of Christian monastic communities in southern Spain as a window into the complex process of cultural and political negotiation in al-Andalus.”

David T. Gies, an emeritus faculty member and Commonwealth Professor of Spanish, met Brake as a first-year student in a high-level Spanish class.

“When I realized he was only a first-year student, I was mightily impressed, but then found out he was a Jefferson Scholar and it all made sense,” Gies said. “Jack is an amazing young man, focused, curious, disciplined, funny, international – that is, he travels a LOT – interested in politics and international affairs.”

Gies believes that Brake will fit well at Cambridge.

“He will make a mark on the world in politics or political affairs/thought,” Gies said. “He is a deep thinker, but also a very fun guy.”

George Klosko, Henry L. and Grace Doherty Professor in the Department of Politics, cited Brake as one of the best honors students he has taught.

“In class, he was a consistent leader in discussions, frequently taking over the role of instructing other students who were less familiar with the material,” he said. “He was able to do this with clarity and precision and without condescension. The class had a running joke that if there was anything someone did not know, just ask Jack.”

John Owen, chair of the Woodrow Wilson Department of Politics and Taylor Professor of Politics, appreciated Brake’s love of scholarship and his command of his arguments and material.

“What might be most impressive about Jack is his ability to think in several different ways about political phenomena,” Owens said. “Many professional scholars have minds that only work in one mode: They might be analytically rigorous, or adept at making big connections, or have a keen aesthetic sense. Jack’s academic projects while at UVA – on nuclear proliferation and the quest for prestige, on Visigothic architecture and religious tolerance in medieval Spain – disclose a mind capable of working in multiple modes. That gift will serve him well in Cambridge and beyond.”

Brake was pleased to have received a Marshall Scholarship on his second attempt, working with UVA’s Office of Citizen Scholar Development, and thought the process made him stronger.

“Regardless of the outcome, the opportunity to spend several months – or in my case, years – thinking about my personal narrative, what I want to achieve in my career and how my experiences prepare me to achieve it, has been incredibly valuable,” Brake said.

Also an Echols Scholar, Brake was a Lawn resident and graduated with highest distinction. He received Intermediate Honors; the Stevenson Award for the best politics honors thesis; the Giuliano Prize, the highest graduation award in Italian, Spanish & Portuguese; a Wyatt Family Fellowship to support the most promising Spanish distinguished major thesis; and a Harrison Undergraduate Research Award for an early version of his Spanish research. He was named to the Dean’s List every semester.

Brake was vice chair for trials, counselor and first-year judge on the University Judiciary Committee; chair and senior officer for technology and advising for the Undergraduate Research Network; editor-in chief and outreach editor for the Seriatim Journal of American Politics and Political Theory; vice president and debate and oratory chairman for the Jefferson Literary and Debating Society; a volunteer with Madison House’s Latino and Migrant Aid program; and a singer with the UVA Chamber Choir, University Singers and St. Paul’s Memorial Church choir.

Brake also worked at the U.S. State Department’s Bureau of Arms Control, Verification and Compliance as an intern in the Office of Verification, Planning and Outreach; on a government technology project at a mobile telecommunications firm in Philadelphia; and as a research assistant to politics professors John Owen and Todd Sechser.

A graduate of Strath Haven High School in Wallingford, Pennsylvania, Brake plans to attend law school and pursue a career in legal academia as a scholar of international law and comparative law. He also wants to serve in government in a strategic planning or advisory role, helping to shape U.S. foreign policy.

“My doctoral work at Cambridge will focus on the mechanisms that bind states to costly commitments in the liberal world order,” he said. “I want to focus throughout my career on how we can promote compliance with liberal economic and security norms, even as they come under challenge at home in the West and abroad. I think doing so requires a more sophisticated understanding of the social psychology that shapes policymakers’ perceptions of, and orientations toward, world order.

“It’s apt that I’ve spent the last few, formative years studying nuclear proliferation and the rise of China because these topics illustrate, respectively, the great importance of liberal principles for global peace and prosperity, and their uncertain future.”