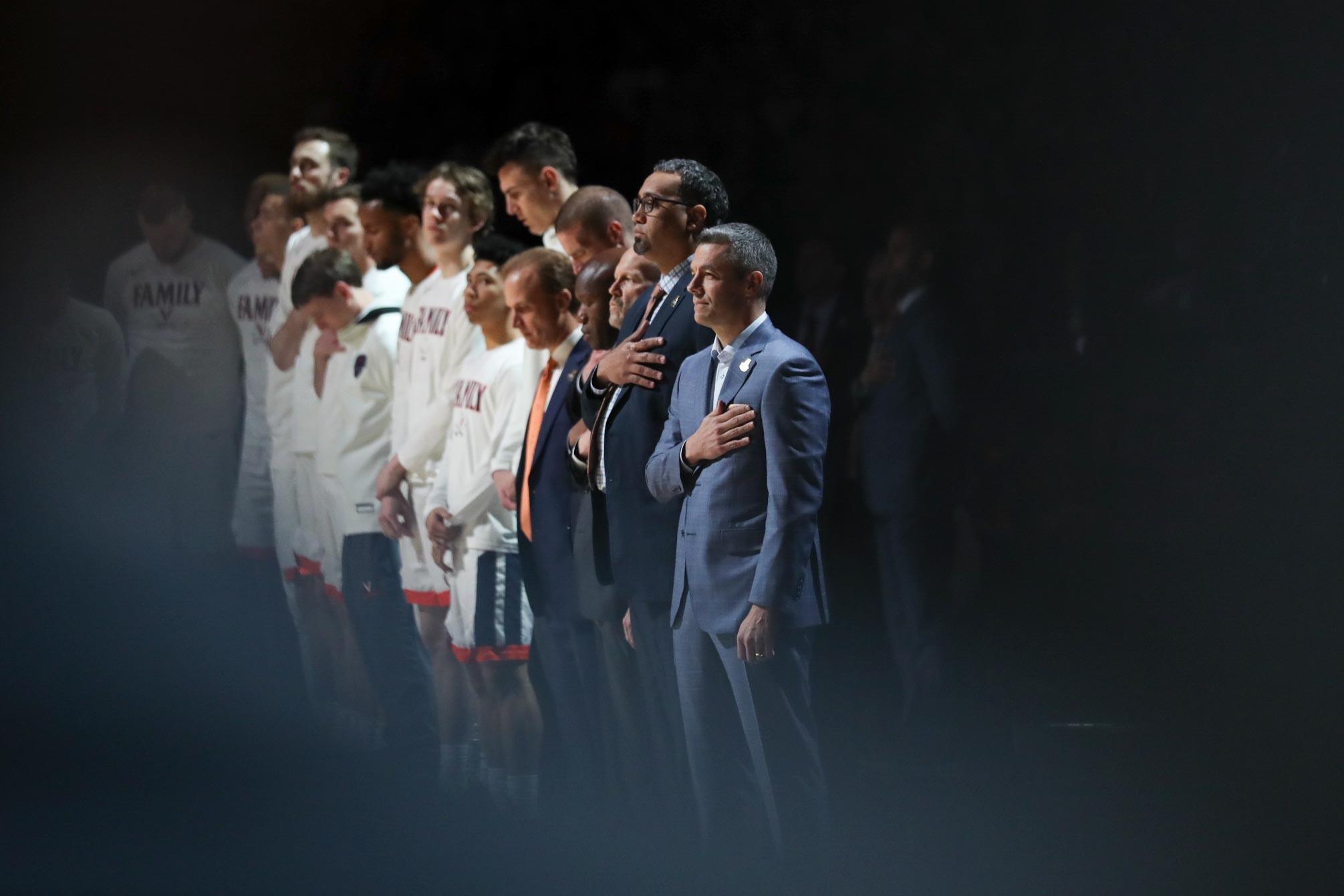 Very quietly and without any fanfare – just the way he likes it – University of Virginia men’s basketball coach Tony Bennett received one of the most prestigious coaching honors on Wednesday.

In a small presentation at John Paul Jones Arena that was sponsored and presided over by former UVA football player Keith Payne, Jr., Bennett – with his wife, Laurel, by his side – was recognized with the Nell and John Wooden Excellence in Coaching Award.

The award honors college basketball coaches who possess the character traits exemplified by the late University of California, Los Angeles coaching legend John Wooden, whose high standards and personal integrity are enshrined in his famous “Pyramid of Success.”

Wooden, who led UCLA to 10 NCAA titles in his 27 years at the helm, is considered by many to be the greatest basketball coach of all time. Nell was his beloved wife.

“I sincerely wish I could be there today,” said Wooden’s daughter, Nan. “I cannot be happier with the selection of coach Tony Bennett for receiving an award named after my mother and father. Tony has the same values and beliefs that my dad held dear. While I’ve never met his wife Laurel, she appears to be a lot like my mother. Congratulations to the both of them.”

Wooden’s “Pyramid of Success” is a roadmap that he created for his players to succeed in both basketball and life. Based on 15 human characteristics he had spent years identifying – such as industriousness, friendship and loyalty – it is still used today.

Similarly, Bennett – who led the Cavaliers to an NCAA championship last season – has built his program on “Five Pillars”: humility, passion, unity, servanthood and thankfulness. (Read more about why those five pillars work so well, according to UVA faculty members.)

In his 10 years at UVA, Bennett has a record of 254-89 (a winning percentage of 74.1%) and has been named the Henry Iba National Coach of the Year three times, a total surpassed only by only Wooden, who received the honor seven times.

Now, Bennett and his team are preparing to defend last year’s national championship.

The annual Meet the Teams Day for the UVA men’s and women’s basketball teams will be held Oct. 12 at JPJ at the conclusion of the men’s intra-squad scrimmage. Gates open at 2 p.m.

The men’s team begins its season on Nov. 6 at Syracuse University before kicking off its home slate Nov. 10 at 6 p.m. against James Madison University.