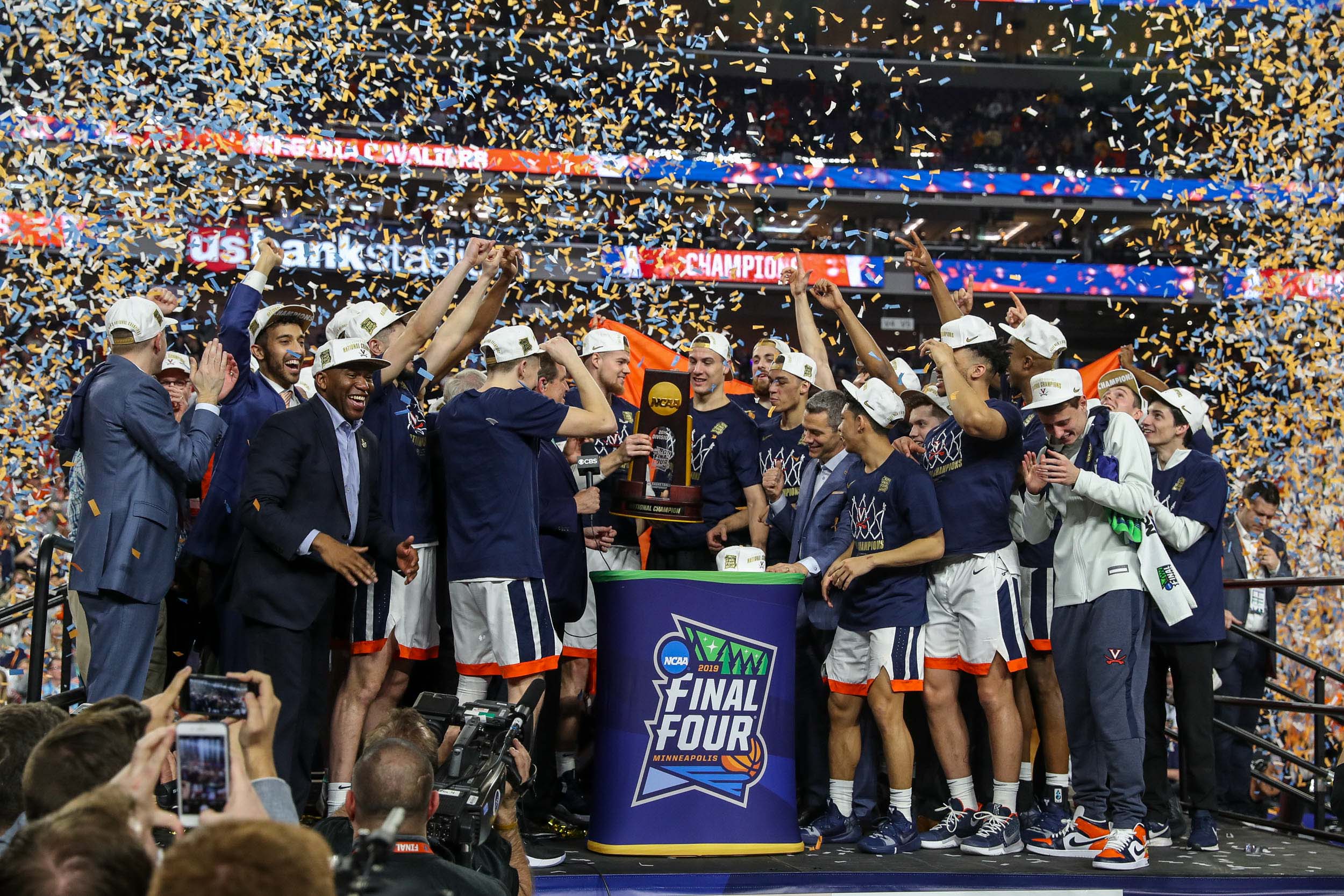 MINNEAPOLIS — They did it.

It took a year of incredible resilience, and a tournament full of incredibly clutch plays – including one more overtime victory Monday night. It took a “united pursuit,” as Coach Tony Bennett called it, and “trembling courage” – another Bennett quote. It took all of that and more to go from last year’s first-round defeat to a national championship.

And they did it.

Your University of Virginia men’s basketball team is the national champion, after the Cavaliers defeated Texas Tech University, 85-77, in a gritty overtime thriller.

“This is all about these young men,” Bennett said from the podium, as orange and blue confetti streamed down from the lofty ceilings of U.S. Bank Stadium and his team surrounded him, brand-new national championship caps already on. The UVA fans in the crowd, euphoric, roared at his every word.

“These young men deserve this.”

Later, in a post-game press conference with players DeAndre Hunter, Kyle Guy and Ty Jerome – all members of the NCAA Final Four All-Tournament Team – seated next to him, Bennett elaborated and discussed how a tough first-round loss to No. 16 seed University of Maryland-Baltimore County in last year’s tournament brought his players together and made them stronger. 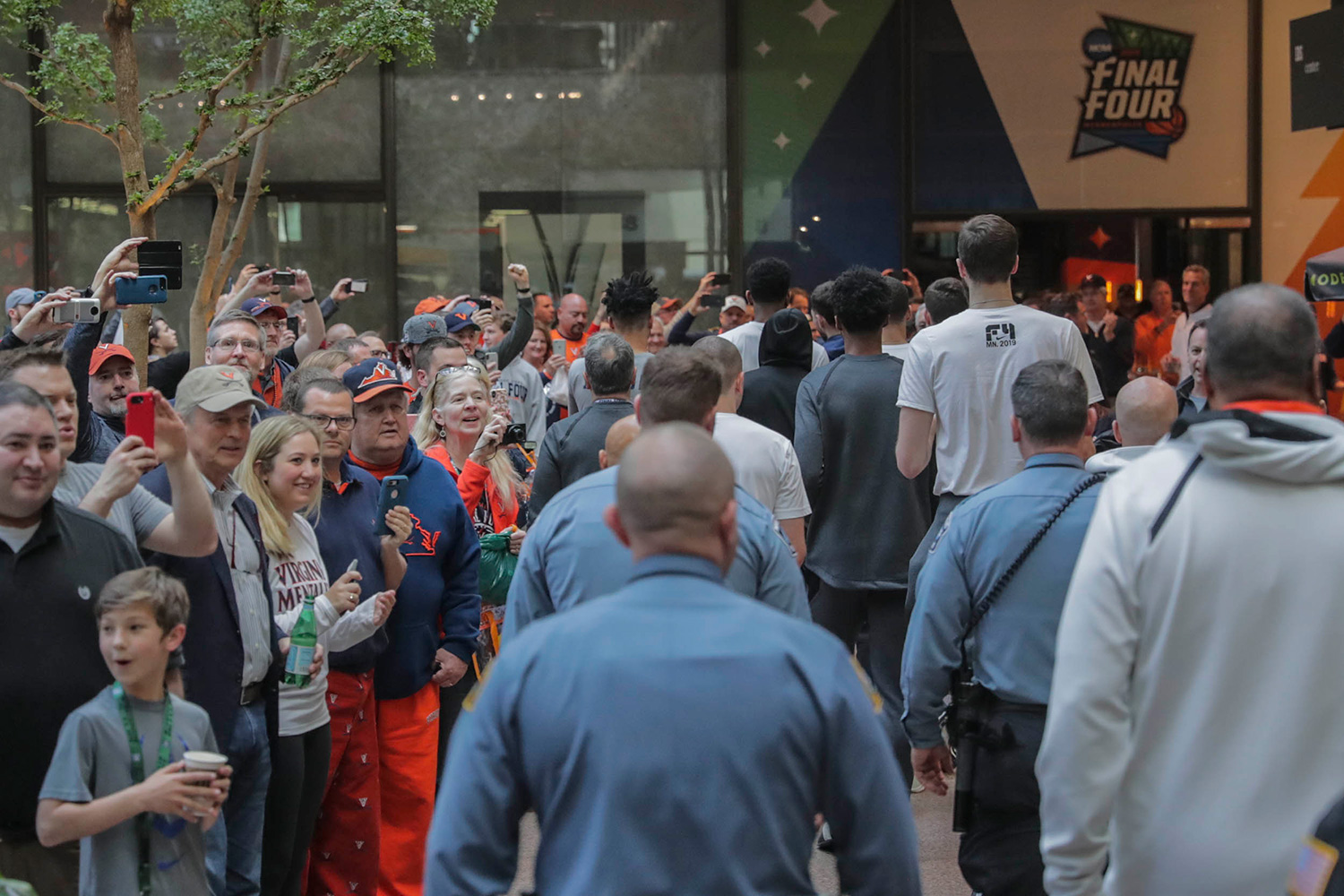 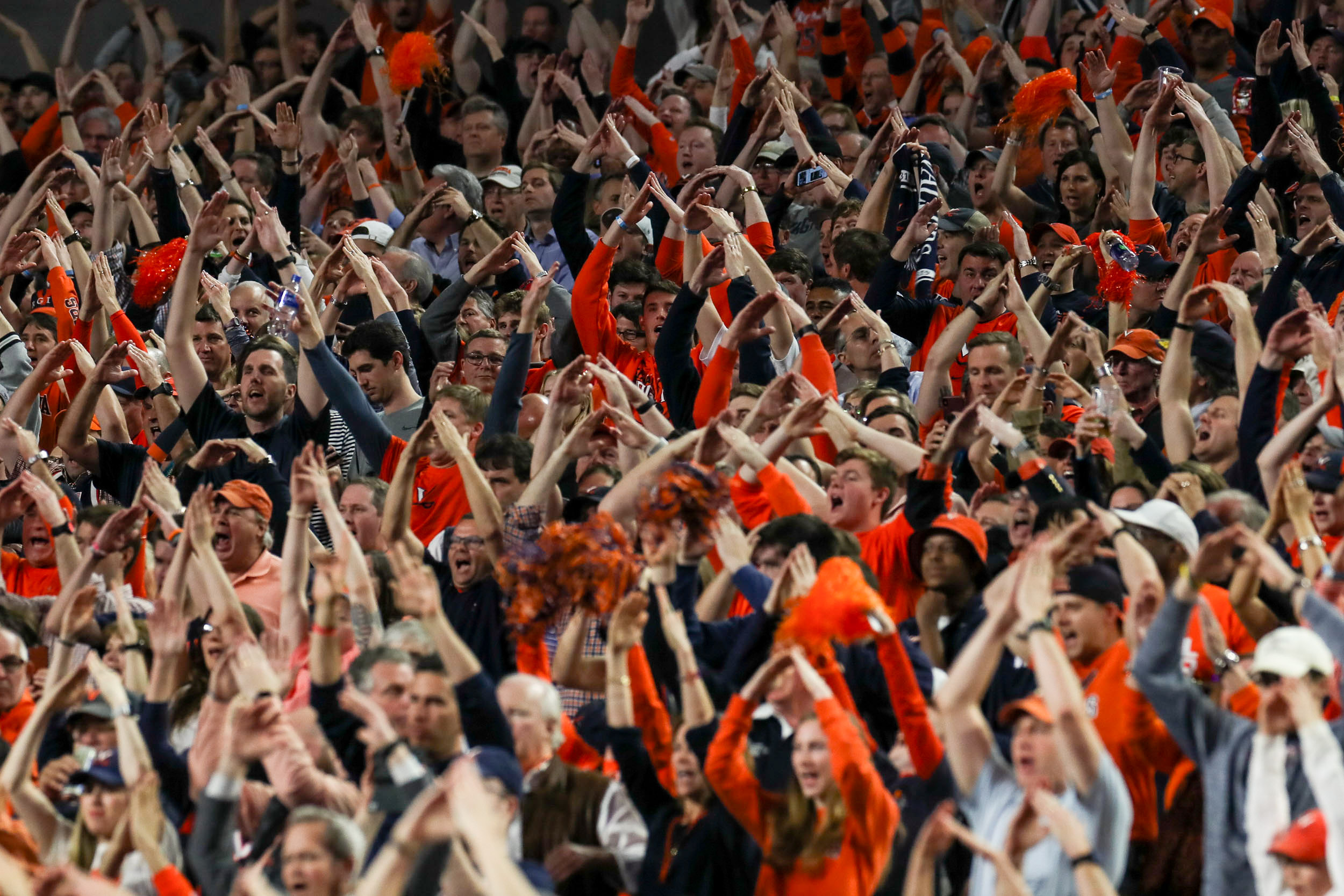 “They are really good players, but they have something different about them collectively,” he said. “After last year, they all had to deal with their own stuff, and the opinion of others, and come together, and they were just a joy to coach.

“I have seen them mature through everything, and for them to do what they did, and win how they have won. … It’s a great story. It really is.”

According to Ty Jerome, the bond that he and his teammates share made it all possible.

“This is a dream come true, and it’s even more than that, because you never even imagine you’ll be able to spend a year with people you actually love, your teammates and your coaches,” he said, Guy and Hunter beside him. “Not a lot of people get along like we do, so to share this moment with them is unbelievable.”

Finish this sentence: "What if I told you ..." pic.twitter.com/uKpIzDReOW

Guy, named the tournament’s most outstanding player, kept it simple.

The massive Cavalier crowd on hand could not have been more excited.

Hoos flooded Minneapolis over the weekend and on Monday, traveling from all corners of the country and around the globe to cheer on their team. They packed the stands and stayed long after the final buzzer to relish the confetti, applaud the players and Bennett as they cut down the nets, and stretch the moment just a little longer.

Some of them had a very personal stake in the outcome. Watching from the first row, Priscilla Hunter was in euphoric disbelief. Her son, UVA third-year guard DeAndre Hunter, posted a game-high 27-point performance Monday night. 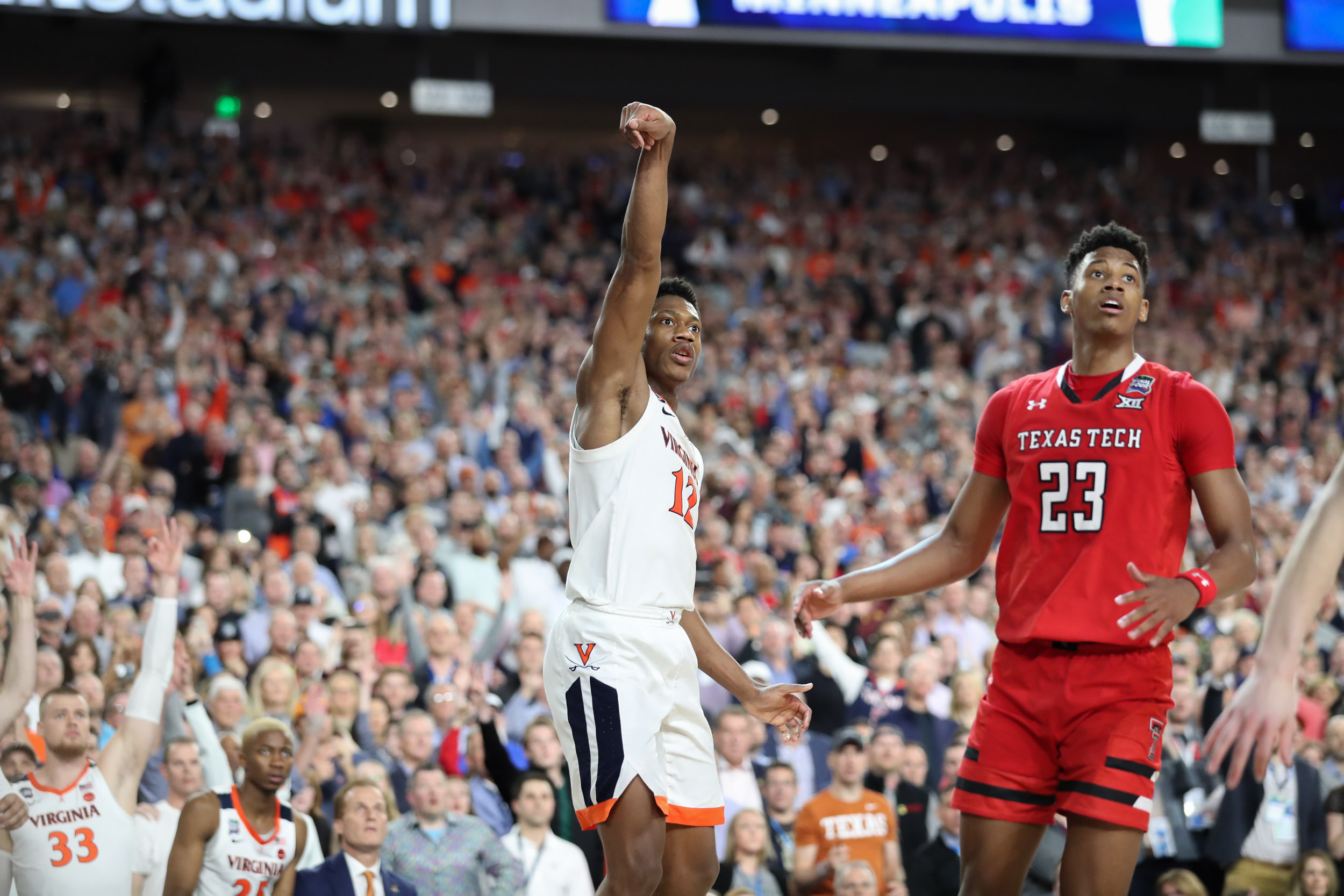 “We did it,” she said, a huge smile spreading over her face. “I’m just so excited.”

“I’m just so happy for Jack, since it’s his last year, and for all of them,” she said. “I can’t even explain how I feel.”

Nearby, UVA students were screaming at the top of their lungs, breaking out into “The Good Ol’ Song” and “U-V-A!” chants, or spontaneous chants of “Tony, Tony!”

“It’s just awesome,” first-year student Emma Prillaman said from the first row of the student section. She and her friends arrived at 5:30 p.m. local time – nearly three hours before tipoff – to claim their spot. “It has been absolutely amazing.”

Behind her, fourth-year student Bellinski Liu was enjoying a final, triumphant chance to sit in the student section.

“I am super-excited. This has been a long time coming,” she said. “I am so proud of our team, of how they have handled themselves.”

Former Players Join in the Celebration

Former Hoos Malcolm Brogdon, Joe Harris, Devon Hall and Justin Anderson could hardly wait to get on the court. They bounded up as soon as they could, hugging coaches, players and each other.

“I am really proud of these guys and the coaches after everything they have gone through, the ups and downs and the loss last year,” said Brogdon, currently a star for the NBA’s Milwaukee Bucks. 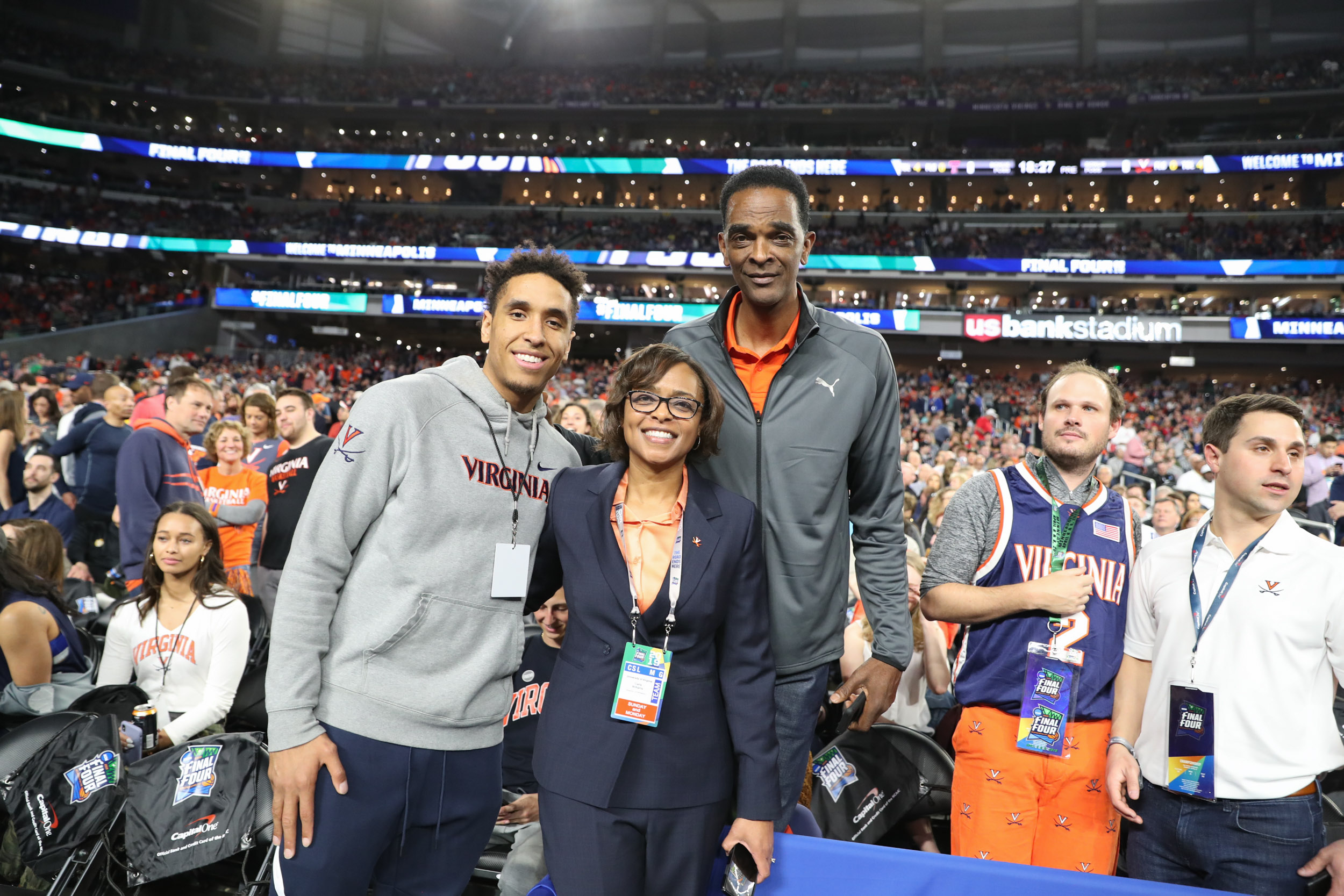 “It’s amazing, to make it this far and seal the deal, they way that they rebounded from last year – it’s just unbelievably awesome,” Brogdon’s former teammate, Joe Harris, said. Harris is now the reigning NBA three-point champion and a guard for the NBA’s Brooklyn Nets. 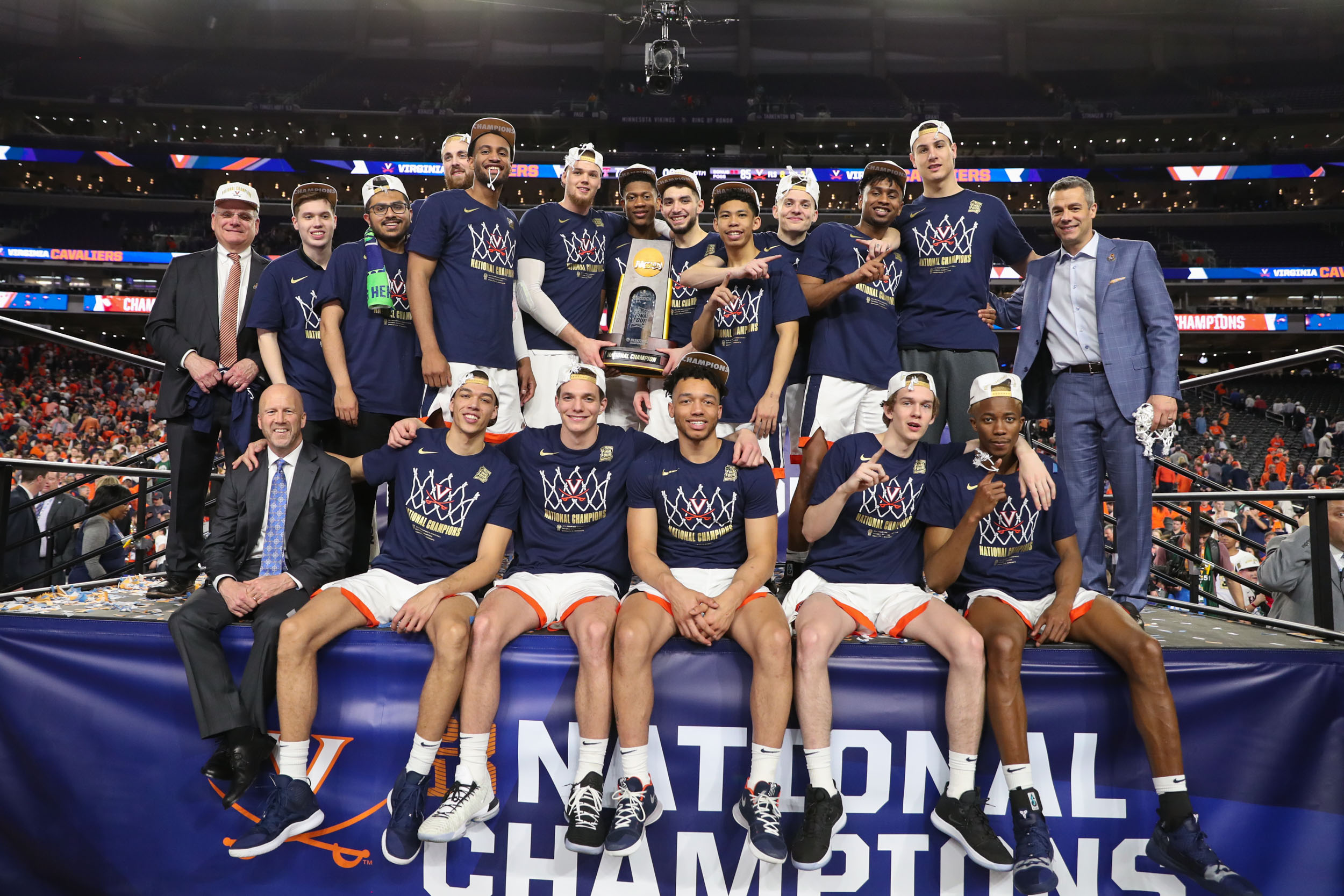 Another former player, Justin Anderson of the NBA’s Atlanta Hawks, was having trouble finding the right words to describe a moment generations of UVA players have been building toward.

“Words really can’t describe this. It’s surreal,” Anderson said, looking toward the team gathered on the podium with the trophy. “These are opportunities that you pray for, that we all worked our butts off for. To see them work this hard, and do it the right way, words can’t describe it.”

UVA’s national championship celebrations were not limited to Minneapolis. In Charlottesville, thousands gathered at John Paul Jones Arena to watch, their cheers just as loud as those half a country away.

Countless more watched around the world, gathering in person in a huge variety of cities and countries, in bars and restaurants and living rooms, to cheer and help each other through one more thrilling, heart-stopping victory.

And online, Hoos from around the world made themselves heard, sharing the joy of the moment near and far.

Here are just a few of our favorites.

Sheer unadulterated joy on the @UVA Lawn and all around Charlottesville pic.twitter.com/Rz7COD2zxK

Literally rooting for @UVA based on their early North American and Atlantic history program. #SquadGoals 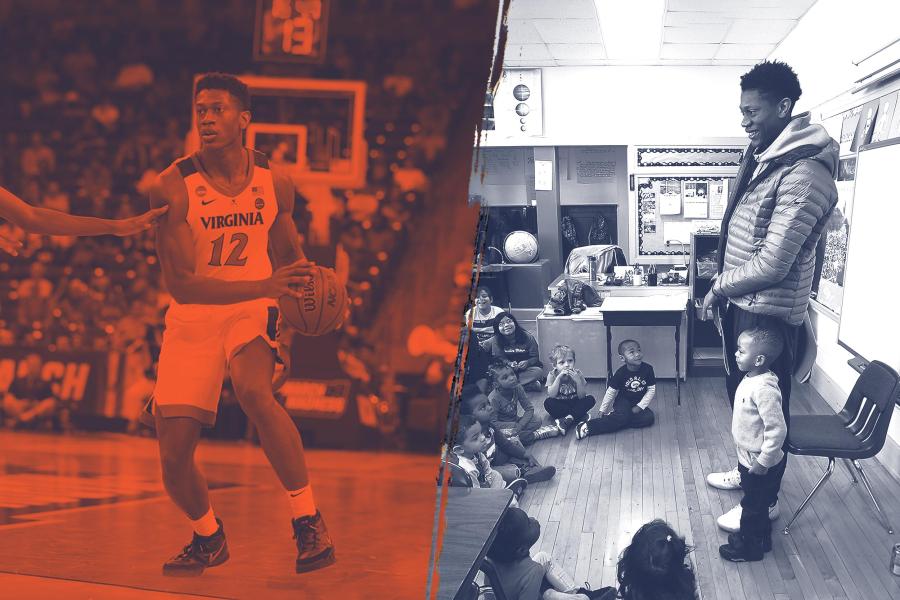 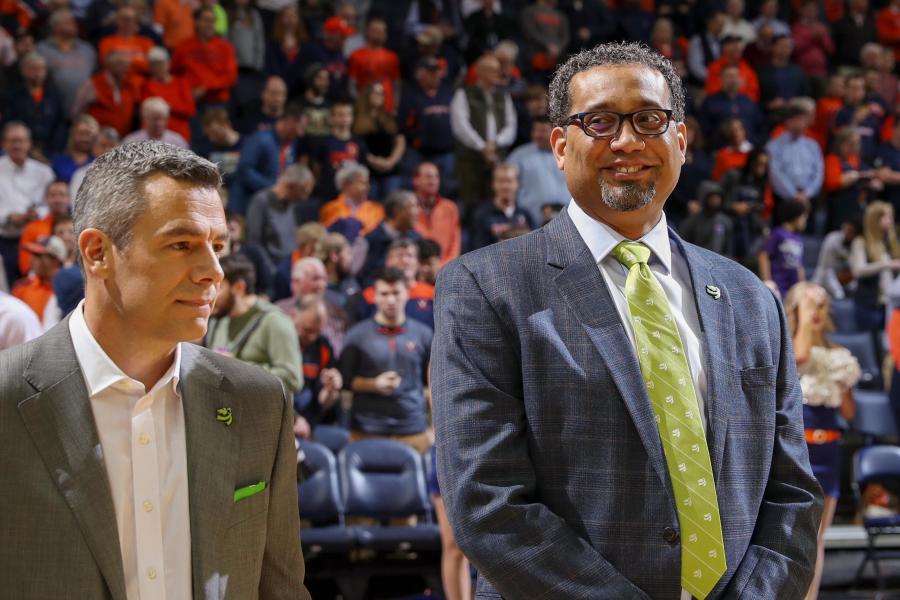 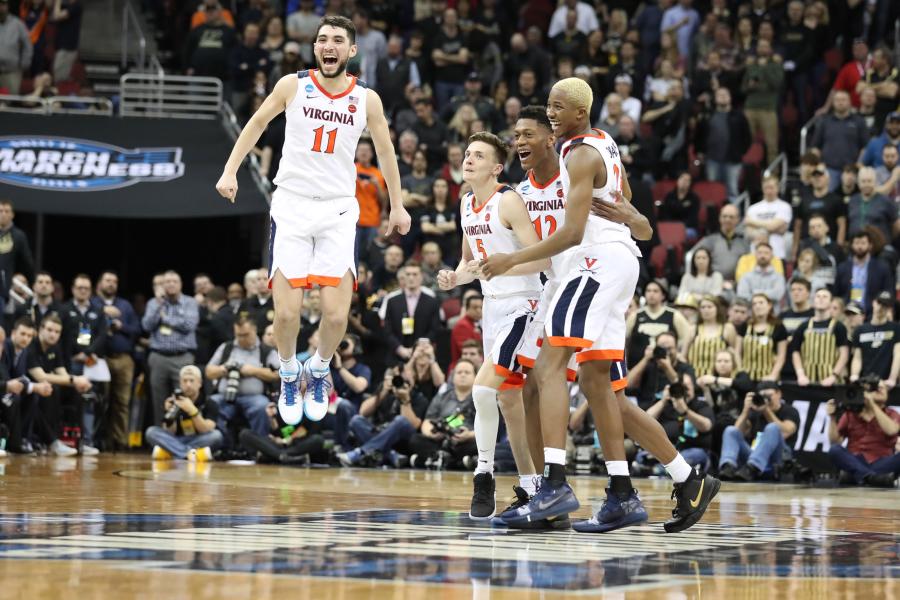