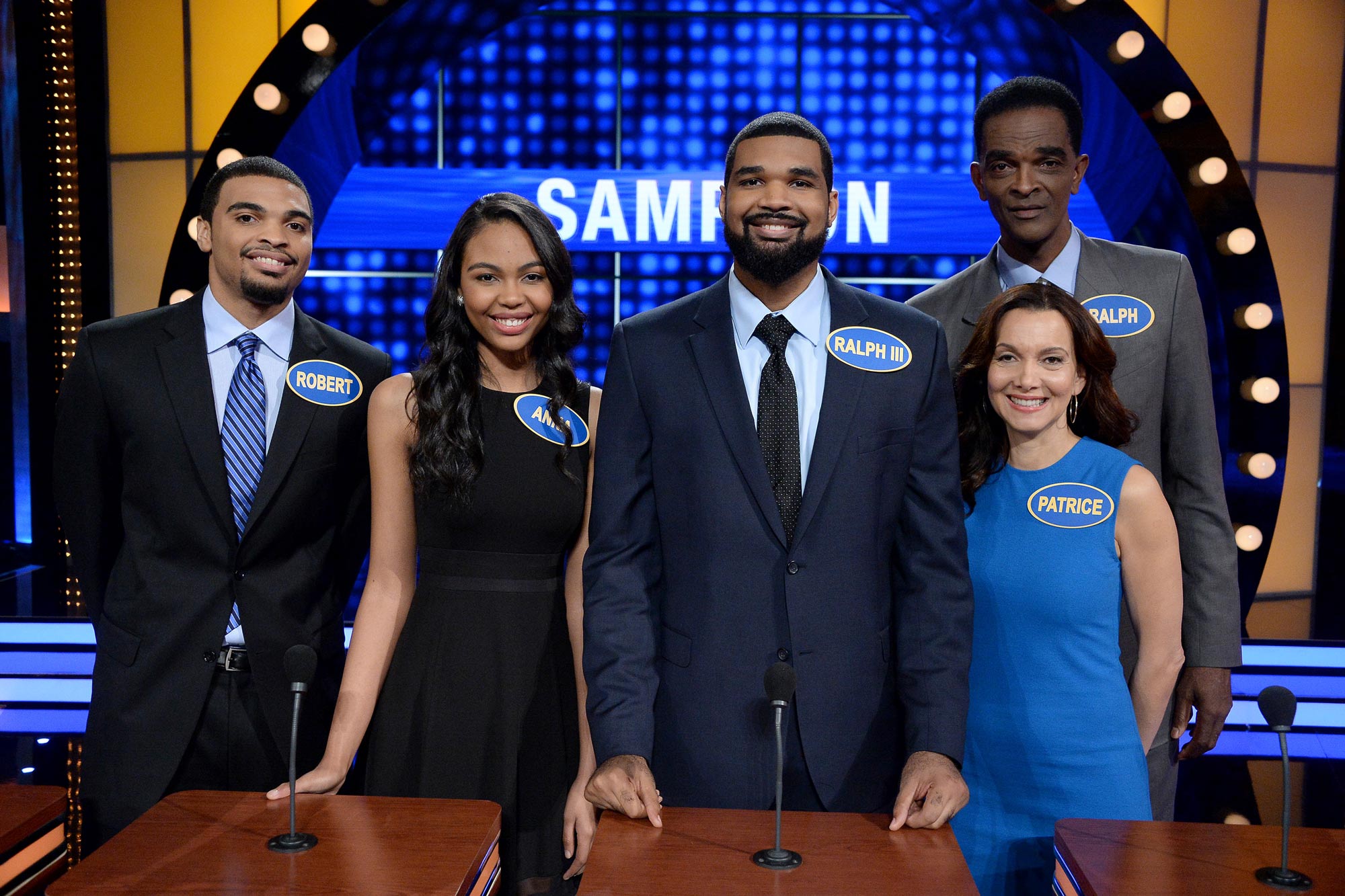 University of Virginia basketball great Ralph Sampson scored another slam dunk Sunday night, winning $25,000 for the UVA Health System in a stunning showdown on ABC’s “Celebrity Family Feud.” His nemesis? None other than basketball legend Kareem Abdul-Jabbar and his clan.

The basketball court was swapped for a deep blue game show stage, and the ref was comedian and host Steve Harvey. Sampson’s family won the main game against the Abdul-Jabbars, advancing to the “Fast Money” round. Son Ralph III was asked to guess the most popular answer to the survey question, “On a scale of one to 10, how good do you look in the morning?” His answer, “Five,” was the No. 1 answer given by 100 people in the survey.

“We are so grateful for Ralph Sampson’s ongoing efforts to support the work of our team at the UVA Cancer Center,” said Dr. Thomas P. Loughran Jr., the cancer center’s director. “The money he raised will support our work to provide world-class cancer care, as well as research for new and better treatments for those with cancer.”

The 7-foot-4 former Cavalier center, a Harrisonburg native, is a longtime advocate for cancer research, in honor of his father, Ralph Sampson Sr., who has battled lung and prostate cancer. In 2016, he joined former UVA women’s basketball coach (and pancreatic cancer survivor) Debbie Ryan and ACAC athletic club owner Phil Wendel in a fundraising event, presenting UVA’s Cancer Center with a $50,000 check.

Sampson’s storied UVA basketball career began in 1979. He led the Cavaliers to 23 consecutive wins in the 1980-81 season, helping UVA earn the nation’s No. 1 ranking. He was named the Naismith National College Player of the Year three times and was the No. 1 draft choice of the Houston Rockets in 1983. He was named NBA Rookie of the Year in 1984 and led his team to the NBA Finals in 1986. Sampson was named to the Basketball Hall of Fame in 2012.

It’s Copperhead Season in Virginia. Here Is What You Need to Know END_OF_DOCUMENT_TOKEN_TO_BE_REPLACED

What’s Next for UVA’s Class of 2022? END_OF_DOCUMENT_TOKEN_TO_BE_REPLACED