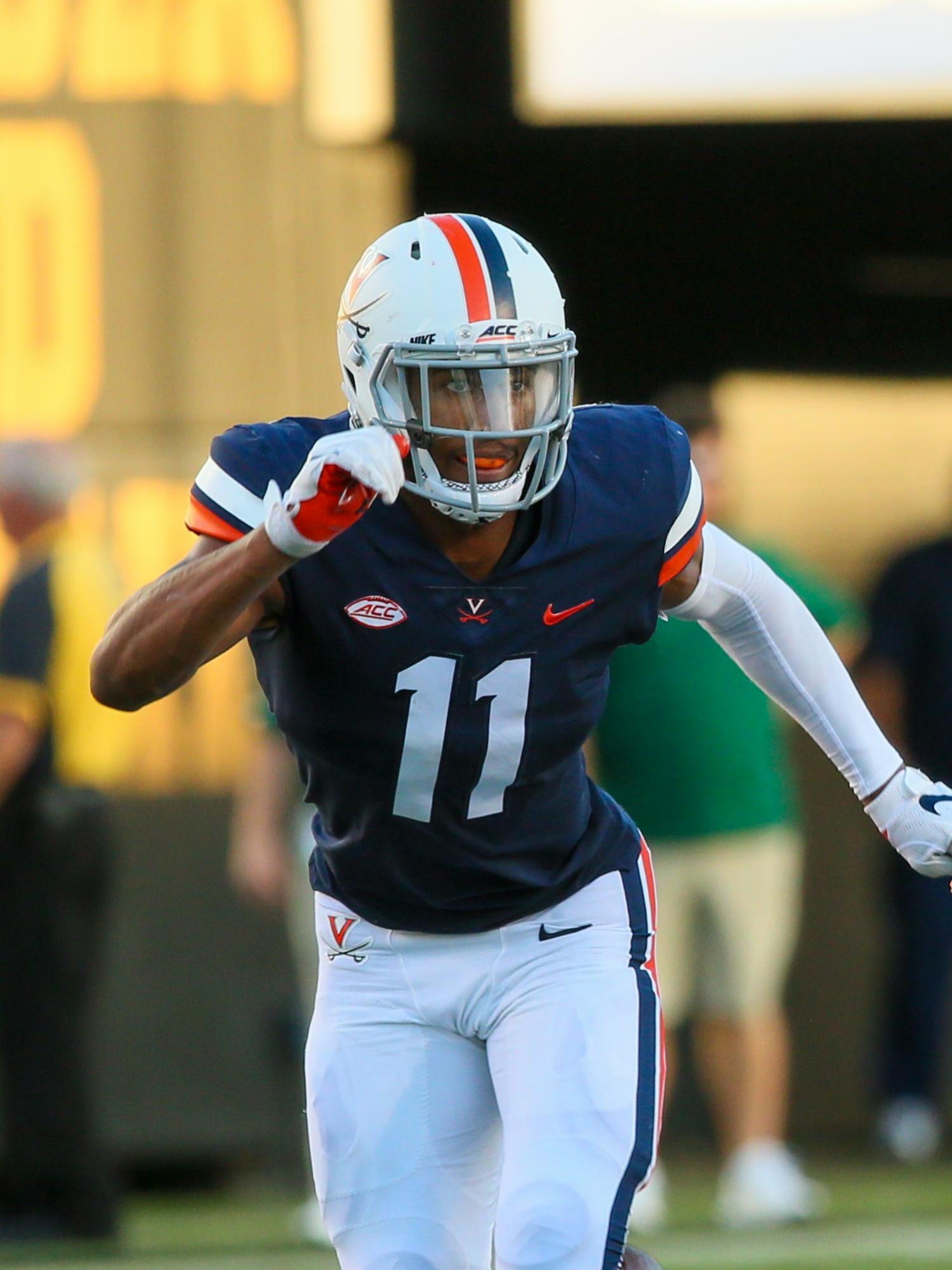 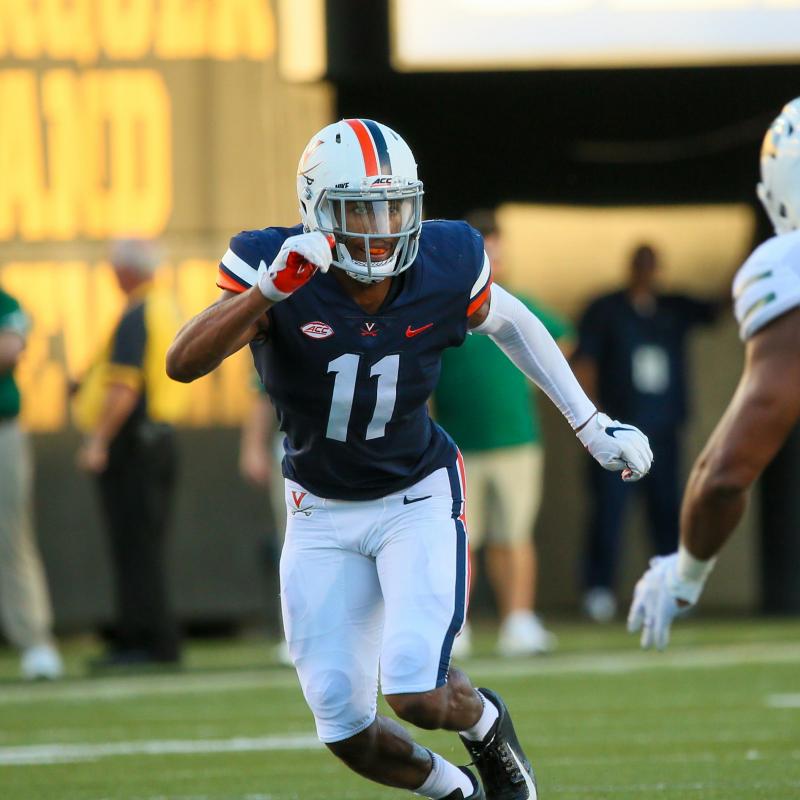 Charles Snowden, one of the top linebackers in the Atlantic Coast Conference, distinguishes himself by much more than what he does on the gridiron.

From eating a particular food, to listening to a favorite song, to wearing a certain piece of clothing, to walking onto the playing field in a very specific way, to, well, just about anything you can think of, actually, athletes are known to have their pregame rituals.

Often times, these rituals don’t have a whole lot of meaning to anybody other than the athlete performing them. 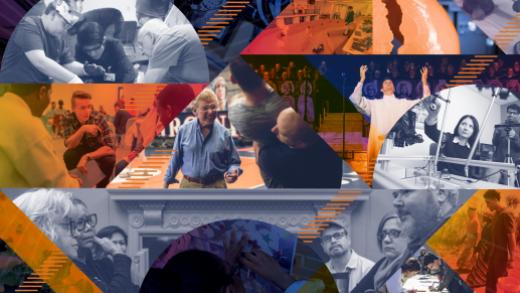 His ritual involves children, kindness and, on occasion, a superhero’s costume.

The day before University of Virginia home football games, you can always find the Cavaliers’ junior linebacker in a place he has come to love, and a place that has come to love him: the UVA Children’s Hospital.

There, the 6-foot-7 Washington, D.C., native – whom teammates respectfully refer to as “The Prez” – may cradle a baby suffering from a respiratory disorder.

Or read a book to a child awaiting a heart transplant.

Or, bending over a bed, whisper words of encouragement to a kid who just came out of cancer surgery.

“He loves the kids, and they love him,” said child life assistant Patricia Carrubba, who has worked at the hospital since 1998. “He truly cares about others.” 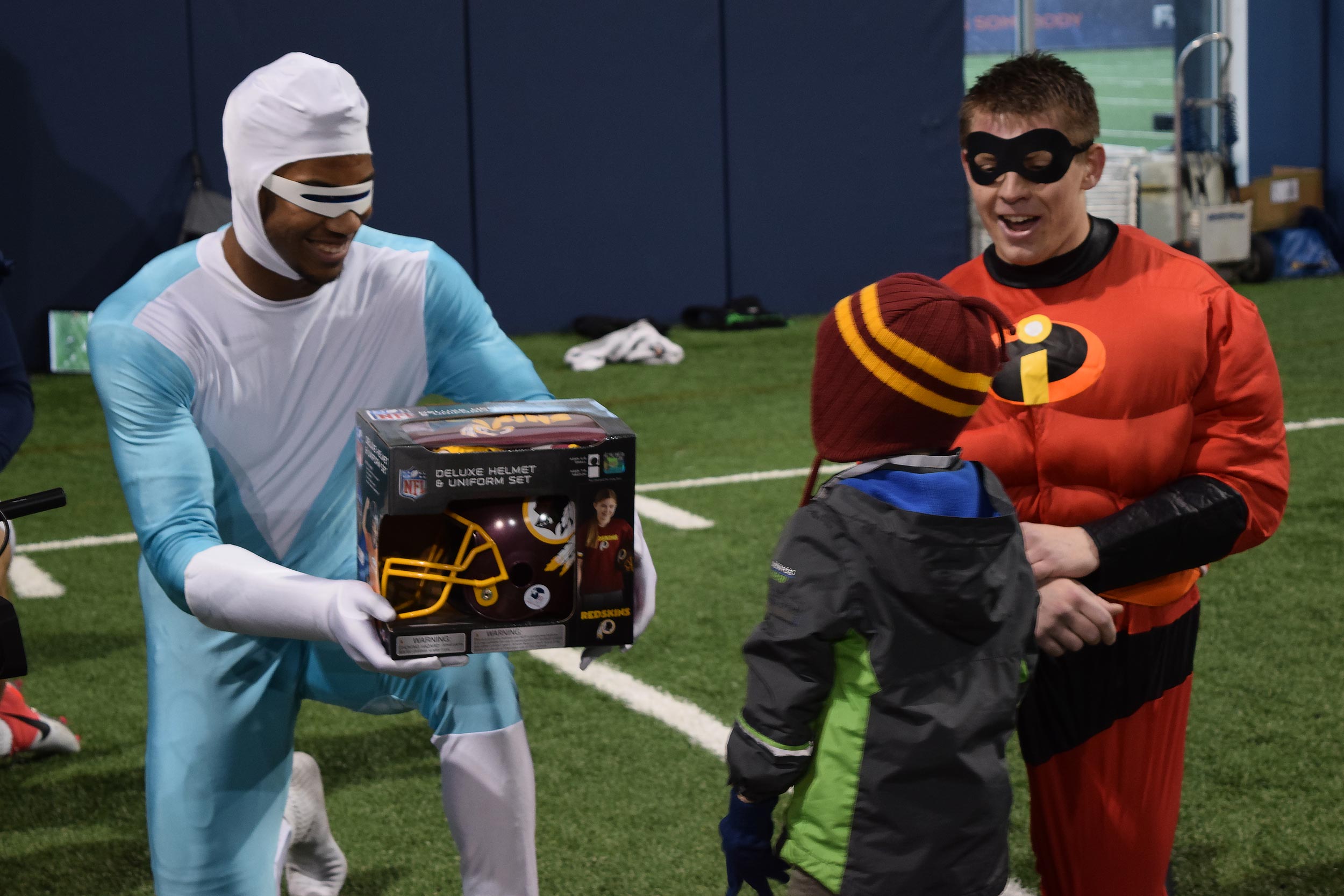 Snowden has also volunteered for a number of youth groups, a camp for children with cognitive disabilities and for Run Charlottesville, a nonprofit organization that promotes healthy lifestyles and uses exercise to build children’s self-confidence.

When Snowden makes his visit to the Children’s Hospital the day before home games, he’ll often bring along teddy bears, clad in UVA colors.

“A lot of the kids are in such bad shape that they can barely get out of bed or speak, and you can just see it in their eyes how much our visits mean to them,” Snowden said.

If the children are too sick to interact, Snowden will talk to their parents.

“We just want to bring a positive energy,” he said, “and let them know they’re in our prayers.”

Snowden said UVA players take their cues from Mendenhall’s “Thursday’s Heroes” program, in which children from the community facing adversity visit practice as special guests. Afterward, the players gather around them and shower them with gifts.

“[Mendenhall] loves seeing those kids come in,” Snowden said. “You can see how much it means to him.”

As part of one “Thursday’s Heroes” session last year, Snowden dressed up as Frozone from the movie, “The Incredibles.”

That came on the heels of a Halloween-time visit to the hospital in which he dressed as Olaf from “Frozen.”

Costume or not, Carrubba said that whenever Snowden and other UVA football players visit, it’s as if the patients are in the presence of real-life superheroes.

“It is so heartwarming to watch the children’s and the parents’ faces and the joy the football players bring to them,” Carrubba said.

“Charles is a wonderful young man and a great role model. He makes me feel proud to work here and gives me hope for our future generations.” 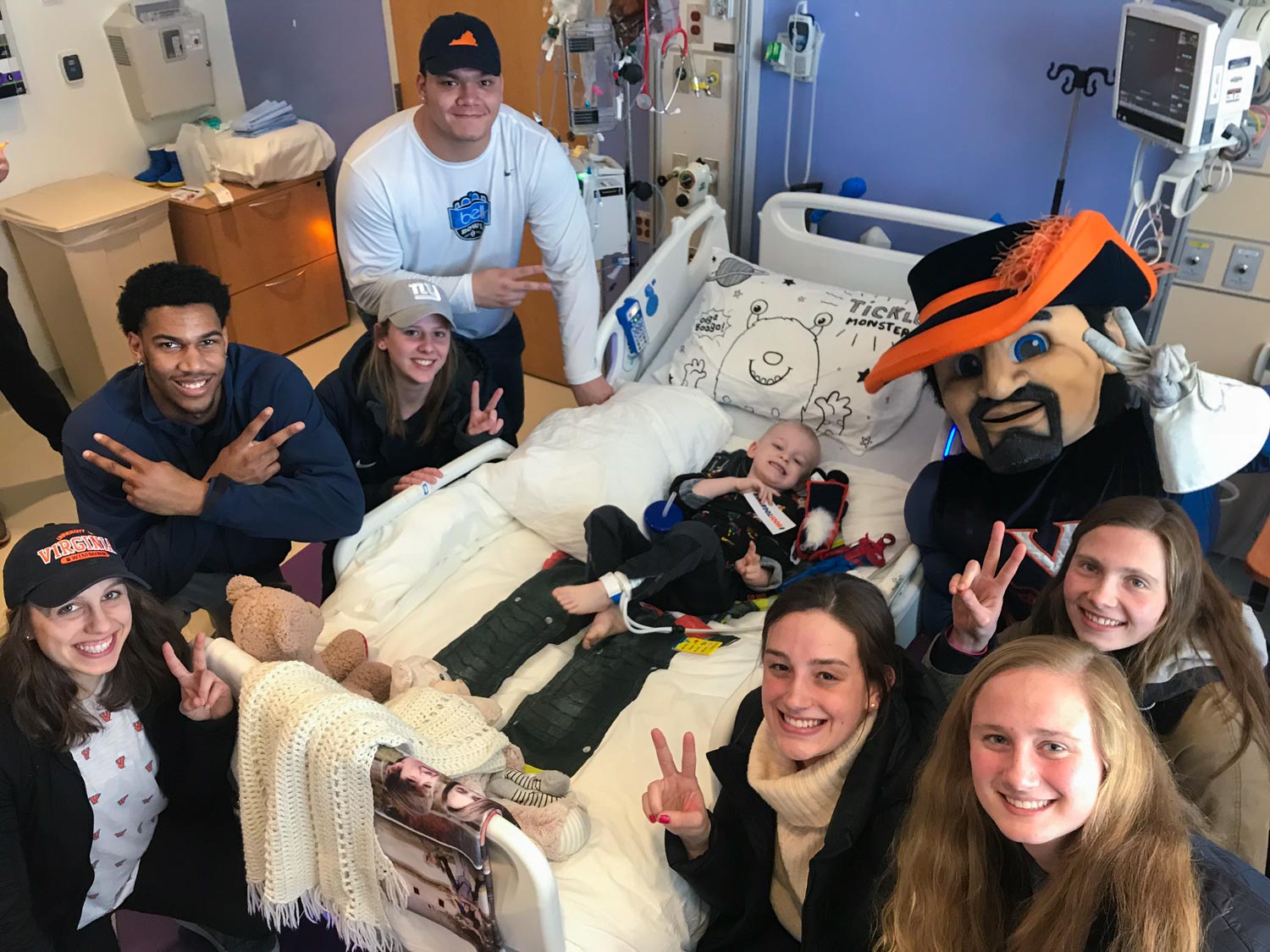 Snowden, who is part of a large contingent of Cavalier student-athletes who volunteer regularly in and around Charlottesville throughout the year, doesn’t feel like he’s doing anything special.

“If you’re in a position where you can help, or a position of privilege,” Snowden said, “then you definitely should.”

As a child, Snowden witnessed that firsthand when his parents took in a teenage boy, Demonte Ojinnaka, who had lost his mother to cancer and had no place to live.

“They have always been my role models,” Snowden said. “I just can’t say enough about my parents.”

Ojinnaka, whom Snowden considers a brother, went on to play basketball at Indiana State University and is currently pursuing a pro career. 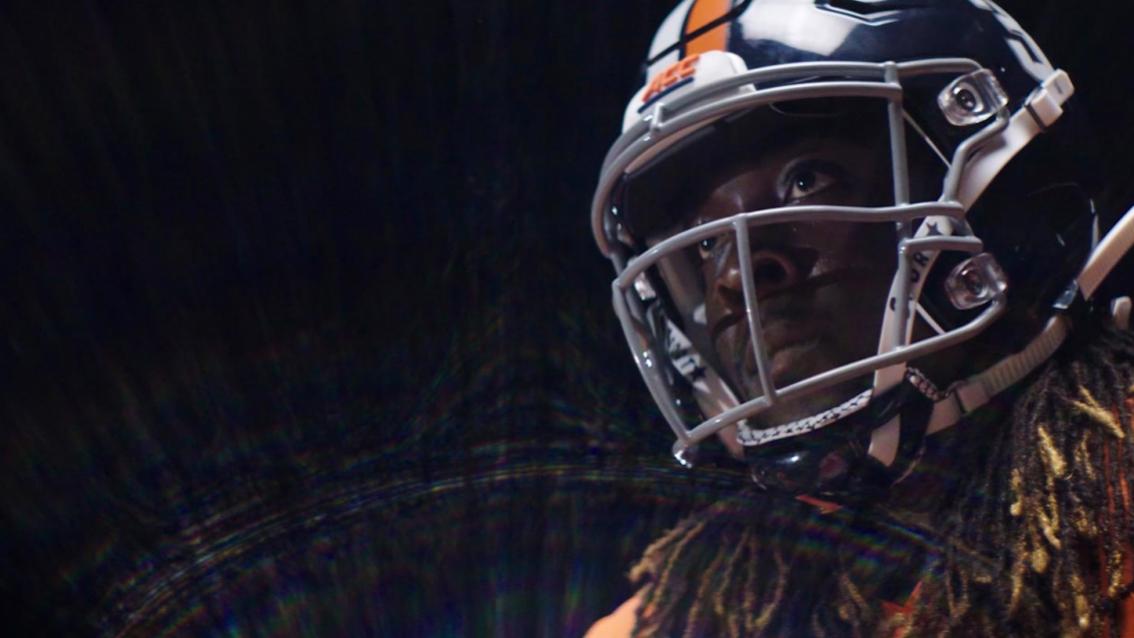 Video: Cavaliers Are Ready to Raise the Standard

Snowden also has an older sister, Danielle, whom he’s always looked up to. When Snowden was a freshman at St. Albans High School, she was a senior.

“I was always kind of known as Danielle’s little brother, which was annoying,” said Snowden, breaking into a wide grin. “But looking back, she helped a lot.”

Snowden said his sister – who now works at a nonprofit organization in D.C. –  showed him the importance of being “social-justice aware” and to not be afraid to express his political beliefs.

“She’s the No. 1 person in my corner,” Snowden said. “If somebody hits me on the field, she wants to jump out of the stands and hit them back.”

When he was younger, Snowden thought the only thing he would be hitting was 3-pointers on the hardwood. An avid basketball player, he received Division I college scholarship offers before electing to switch his focus to football late in his high school career.

UVA head coach Bronco Mendenhall is glad about that.

But Mendenhall said he is most excited about Snowden the person. 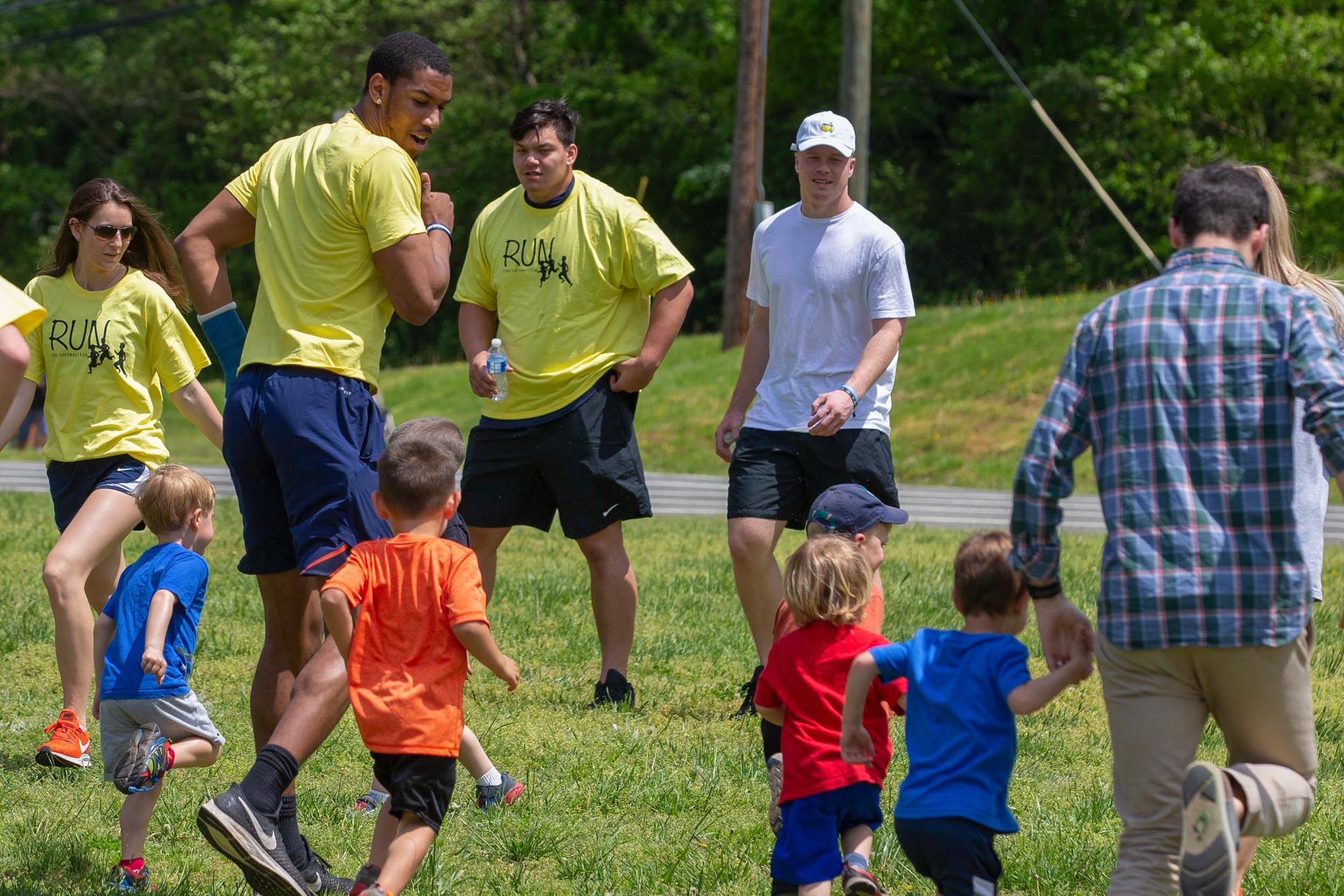 During the recruiting process, Mendenhall attended one of Snowden’s basketball games, then went out to dinner with his family. The coach was blown away.

“He’s the product of amazing parents,” the Cavalier coach said of Charles and Terri Snowden. “They’ve raised him to have a global lens.”

Mendenhall said Snowden had only been on Grounds a short while when teammates started calling him “The Prez” – a distinction previously earned by at least one other high-profile Cavalier, former basketball star Malcom Brogdon, also known for his off-the-court community service.

“They viewed him as a possible president of the United States because of his lens of more than football – meaning he was interested in politics, interested in humanitarian work, interested in service,” Mendenhall said.

“Before we even knew it, he was doing [service] on his own – outreach stuff outside of our football program.”

Teammate Bryce Hall said the nickname also had to do with the way Snowden talked.

“He has that voice of an educator,” Hall said. “He sounds like he should be in some sort of political field, where he’s like educating people.

“He wants to educate people to be the best versions of themselves.” 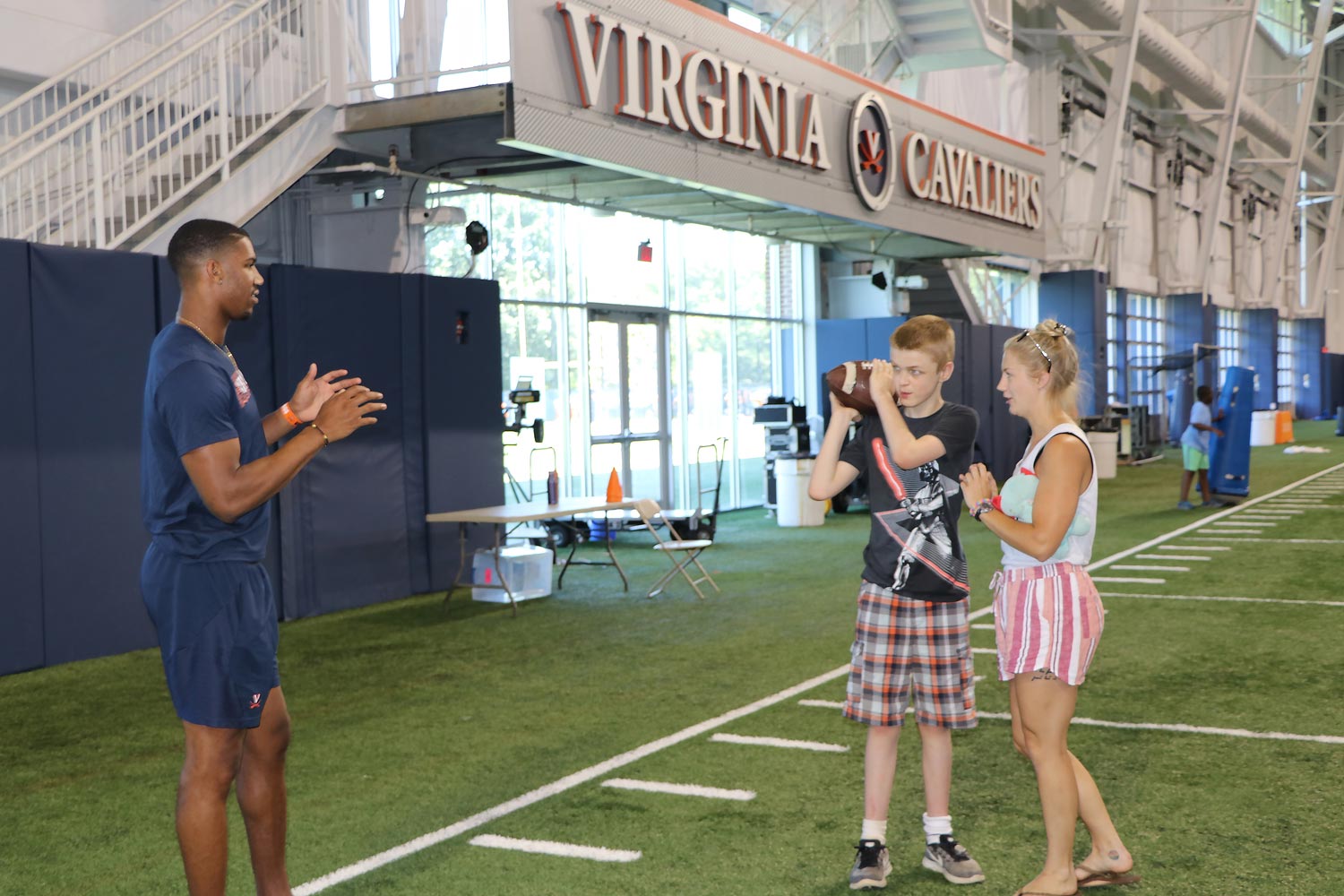 “The classes I love are the ones where it’s not as much lecturing and just more talking,” Snowden said. “I love hearing other people’s ideas.”

Snowden said a political theory course he took over the summer and a gender studies course last spring were two such experiences.

“I feel like a lot of times now, when you have a political discussion with someone, it almost always turns into an argument,” he said. “But in the classroom here, people are more respectful of other people’s ideas, rather than just barking at each other without any real listening. I’ve just really learned a lot and have grown as a person in hearing other people’s experiences.”

Snowden said that when his playing days end – perhaps after an NFL career – he’d like to work at a D.C. think tank and advocate for social justice issues.

“I think he’ll be a catalyst of any community in which he settles,” Mendenhall said. “He’s already done that here.” 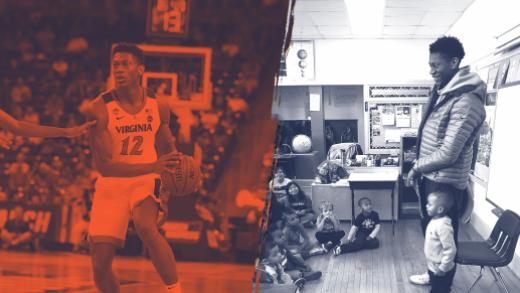 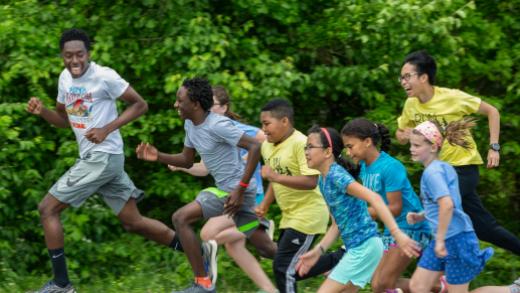 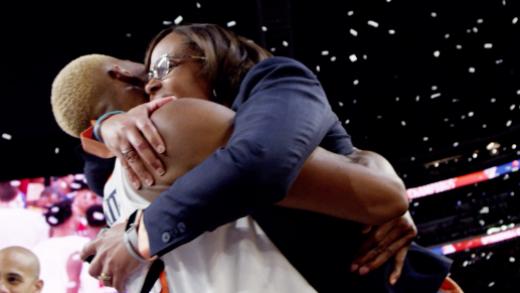 One More Look at a Great Year for UVA Sports