Editor’s note: This article was originally published prior to a 2016 UVA-Virginia Tech men’s basketball game.

Thomas Jefferson had John Adams, Hector had Achilles, and Jerry had Newman. For its own legendary rivalry, the University of Virginia has Virginia Tech.

While UVA’s athletic matchups with Virginia Tech are hardly the schools’ only game-time grudge matches, assistant professor of public policy and psychology Benjamin Converse says that the UVA-Tech matchup is unique in the type of psychological response it triggers. 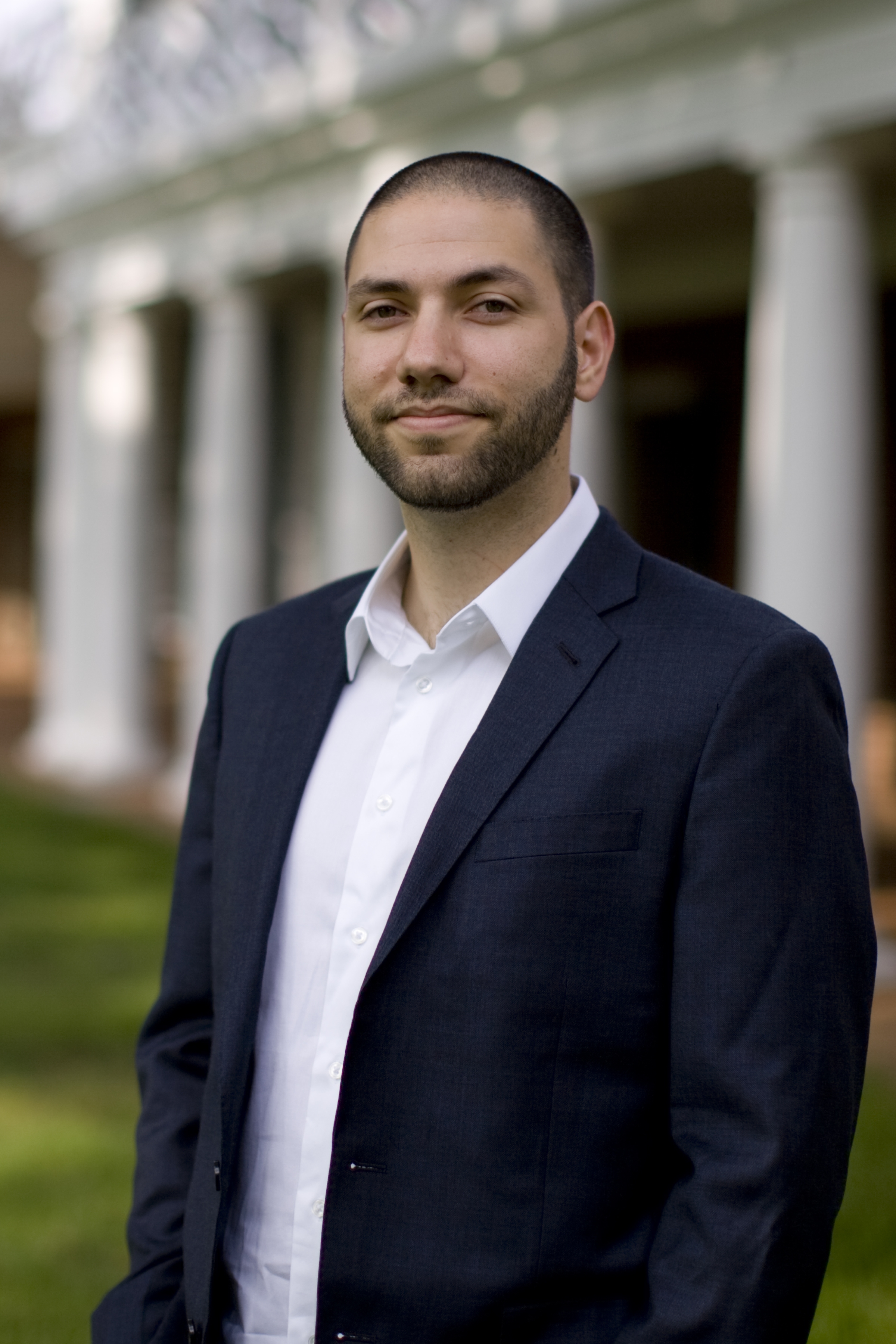 Converse, who has joint appointments in UVA’s Frank Batten School of Leadership and Public Policy and the Department of Psychology in the College of Arts & Sciences, recently collaborated with psychology doctoral candidate David Reinhard on a research paper on the nature of rivalries and how they affect human behavior.

The paper, “On Rivalry and the Goal of Pursuit: Shared competitive history, legacy concerns, and strategy selection,” was published in the Journal of Personality and Social Psychology in 2016.

As the University’s much anticipated rematch against the Virginia Tech men’s basketball team tips off Tuesday, UVA Today sat down with Converse to discuss his findings and how they relate to the Cavaliers’ historic rivalry with the Hokies.

Q. Why did you choose to address rivalries and what sets your research apart from other competition studies?

A. Competition is very much at the roots of the entire experimental side of social psychology, but for the most part, psychology has neglected the underlying relationships that are a big part of most competitions. I would argue that many of the most important competitions – whether in politics, business or sports – involve some sort of history and some sort of relationship. For us, this research project is really about trying to put the relationships back into the competition and trying to understand that complexity.

As a side point, I think that even though psychology has this rich history of competition research, rivalry hasn’t really gotten much play because it’s difficult to track. You have to understand each individual relationship and why people care about it and that makes it hard to run careful, controlled studies.

I think we came up with some clever ways of doing that. In some of our studies, we ask individuals about their personal rivals and then run individualized studies based on that. In other studies, we target members of groups who are involved in well-known rivalries such as UVA and Virginia Tech.

Q. How do you identify that individual relationship? What criteria do you use to separate rivals from other competitors?

A. In short, you have to ask people. If they feel a special competitive connection with someone or some team, above and beyond the objective stakes of that competition, then it’s a rivalry.

Q. How does your research address the shared history of rivals?

A. One of the hallmarks of a rivalry is that people will tend to bring up the past automatically. You ask them, “Why is this game important?” and if it’s a regular old competition they’ll be all about the present and the stakes of the game. But if it’s a rivalry game, then it’s also important because of the past. They might say, “They beat us last time and we’ve got to get them back.”

A second hallmark of rivalry is legacy. People think about their reputation and they think about how they’re going to be remembered in the long run. Rivalry games activate those long-term legacy concerns more than non-rivalry games.  If you know that this game is important because of the past games, then you also know that this game is going to be remembered in the future.

Our conception of rivalry is based on the idea that it’s all about how emotional that shared past was, or how powerful of an experience that past was, because those are the things that you continue to reflect on: big victories, close losses and bitter defeats. Those experiences, and in in the case of long-term group rivalries, the stories that people tell, stick in your mind and create the experience of rivalry.

Q. What did your research show about the changes in human behavior when we take on a rival versus a non-rival?

A. Rivals seem to prompt this more eager strategy set, rather than a more vigilant and cautious strategy set.

In the paper, we use different kinds of tasks to emphasize that. One of the studies gives people an opportunity to practice before they do a performance task, but the practice is optional. From a motivational standpoint, you would think that if rivalry simply motivates people and they want to perform better, then they ought to take that practice opportunity – but they don’t. The eager mindset makes them want to jump in and start right away. In another study, we show that thinking about rivals makes people more careless. They rely on their gut feelings more, rather than deliberating more carefully.

Q. How can we use the impact of rivalry on behavior to our advantage?

“Our conception of rivalry is based on the idea that it’s all about how emotional that shared past was, or how powerful of an experience that past was, because those are the things that you continue to reflect on: big victories, close losses and bitter defeats.”

A. You can imagine a lot of tasks where being overeager is going to hurt your performance in the long run because you miss that opportunity to prepare. But the interesting thing about using rivalry to affect performance is that it all depends on the task. If you’re thinking about a coach or leader trying to use rivalry to motivate the organization, that person’s job would be to make sure that the kind of motivation that they’re using matches strategies that fit the task well.

Q. What do you think this understanding of rivalry behavior means for tonight’s game?

A. I’ll leave the X’s and O’s to Coach Bennett, but what we know from research is that teams (and coaches) are going to tend toward being a little riskier and a little less cautious in rivalry games. On the basketball court, this could mean trying to force some difficult passes or taking some quick shots on the offensive side; or trying to get some extra steals or blocks rather than packing it in and contesting on the defensive side. This more aggressive style has upsides and downsides.

If you want that more eager-offensive style, then leading up to the game, you’re playing up the rivalry a little more. You’re allowing the players to think about that history a little, think about getting some revenge for last game. If you want a little bit more controlled style and little bit more careful style – which over the last few years UVA teams have been known for – then it’s probably better to block out that history and make it feel like any old competition. This makes it easier to stay focused on this game, this possession, this moment.