How Satan Went Viral in Salem

The tiny village of Salem, Massachusetts spawned one of the most notorious and mysterious miscarriages of justice in American history, the exact cause of which has eluded scholars and statesmen for centuries. Now, extensive digital mapping by one University of Virginia professor has shed new light on the 300-year-old mystery.

In his new book from the University of Virginia Press, “Satan and Salem,” Benjamin Ray, a religious studies professor, builds the most accurate picture to date of when and how Salem’s witchcraft accusations spread. His case is meticulously documented within UVA’s Salem Witch Trials Documentary Archive and Transcription project, the most comprehensive digital archive of primary source materials available on the trials.

Ray led the development of the award-winning archive and used it to digitally map the geography and timing of each accusation. What he found led him to reconsider traditional assumptions about the origins of the hysteria.

“No other study has really looked to see how it developed incrementally and who the players were,” he said. “I realized that there was something still to be said, perhaps a new narrative, a new story.” 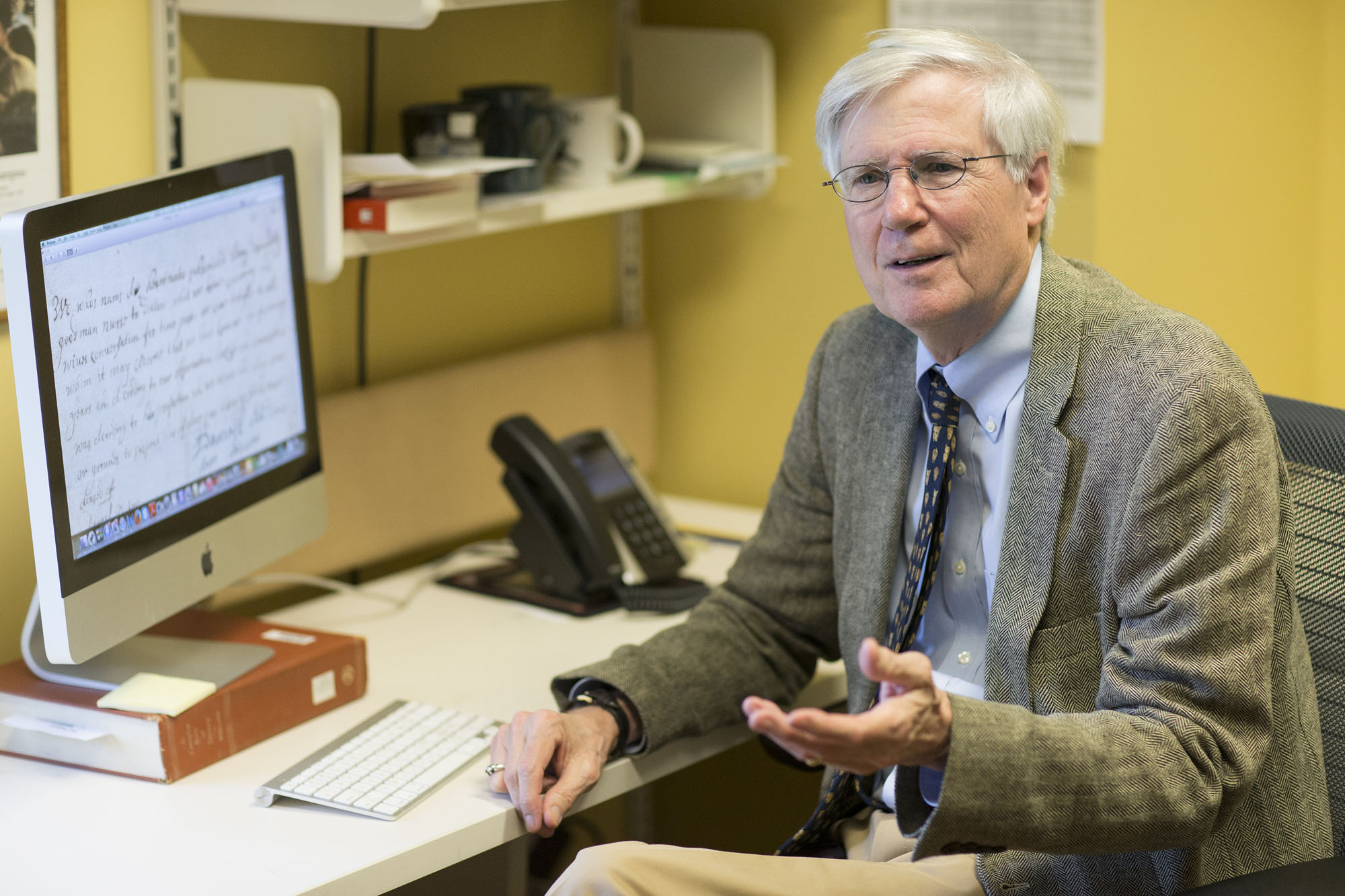 The map below, which Ray developed through UVA’s Institute for Advanced Technology in the Humanities, shows initial witchcraft accusations beginning in Salem Village before gathering momentum in all 25 communities in Essex County. Visit the map online to view the progress over time.

Various sparks have been posited over the years, ranging from worry over impending Indian attacks to tensions built on deep-seated economic inequality. Ray’s mapping enabled him to examine both theories and ultimately regard them as potential contributing factors, but not primary causes. Instead, he used a microscopic focus on geography to pinpoint the epicenter of the accusations – a field directly beside the Parris home.

“Satan’s target,” Ray said, “was not just a few individuals, but ultimately the church itself.” That is what proved so alarming. The alleged witches were accused of trying to establish their own counter-church of Satan by repeatedly holding satanic masses (in spectral form) next to the village parsonage in a brazen attempt to supplant the Christian faith. Only the afflicted accusers and those who confessed could see them.

Professor Ray believes that the Rev. Samuel Parris, left, was the lightning rod for the initial controversy that sparked the trials. At right, the “X” marks the spot next to the reverend’s house where accusers said that witches were gathering. The Parris home, marked with a P, was near the church meeting house, just to the right of the X.

Parris came to the village shortly before the accusations began and faced immediate opposition when he issued a new declaration that sacraments, including baptism, could not be given to families who were not fully members of the church. Two or three generations removed from Salem’s ardently Puritan founders, some in the village did not want the hefty requirements of church membership, but still wanted baptism for their own and their children’s salvation.

This population of non-church members began a groundswell of opposition to Parris, leading a portion of the village to stop paying his salary and even cut off his firewood supply in October 1692 as the cold of a Massachusetts winter began to set in. Unsurprisingly, it was around this time that Parris began to accuse the devil of tearing down his church. After about a month of ominous warnings from the pulpit, the first witchcraft accusations ignited in Parris’ own household, when his 9-year-old daughter Betty and 11-year-old niece Abigail Williams and other young female accusers alleged that witches were meeting in the field adjacent to his house.

“Parris has been preaching about the devil, there are emergency meetings of church elders because his salary is cut off, he has to petition the government to force the village to pay him,” Ray said. “There is a lot of agitation in his house; the young, impressionable kids absorb it all, and it is not surprising that they begin to freak out.”

This court document recorded the testimony of Abigail Williams, Samuel Parris’ niece and one of the earliest accusers. It ends: "Abigail was much disquieted by the apparition of Martha Kory, by which apparition she was sometimes haled to & fro. & somtimes pinched, & somtimes tempted to put her hand to the Devils book, & that she hath several times seen her at the Devils sacrament."

What was more puzzling to Ray was how the accusations grew from this localized dispute over church doctrine to the spiraling hysteria that left more than 150 people accused and 19 innocents dead by hanging. This was especially surprising given that the girls’ accusations ended a roughly 30-year lull in witchcraft accusations in New England at a time when Europe was executing “witches” by the thousands.

Again returning to digital mapping, Ray watched the accusations spread. Most of the accusers were daughters of church members, while most of the accused were outside of the church, supporting his theory that religious difference was the primary catalyst of the entire episode. He also noticed that accusations began to leap to Andover, Reading and other villages in the region with the same message that Satan was not just trying to destroy Parris’ church, but the church as a whole.

“Now, the central institution of Puritan society, the church, was under attack, not just in Salem Village but all through Massachusetts,” he said. “Salem Village was ground zero and you can see the spreading alarm.”

The spread of witchcraft hysteria was not unlike that of today’s media sensations. Fear of the devil’s presence essentially went viral in Salem, snowballing from a local dispute to a regional crisis.

“There is a kind of fanaticism here that is both of church and state, because of fear,” Ray said. “This is not the only time that it has happened in American history; in fact, it becomes a kind of an American paradigm.”

That is one of the major reasons why Ray continues to research, teach and write about the Salem Witch Trials. Salem’s particular story of injustice and hysteria, long-past though it might be, resonates with an audience that today sees crisis after crisis flit through their Twitter newsfeeds, some as flimsily constructed as the spectral evidence used to convict innocents back in 1692. In such times, Salem offers a poignant reminder of just how quickly the hot air of speculation can fuel a very destructive fire.

Monkeypox Is Spreading, But University’s Risk Believed To Be Low END_OF_DOCUMENT_TOKEN_TO_BE_REPLACED

This Alum Is Living His Best Life on the Road, One State at a Time END_OF_DOCUMENT_TOKEN_TO_BE_REPLACED

These Giant Wind Turbines, Inspired by Palm Trees, May Be the Future of Renewable Energy END_OF_DOCUMENT_TOKEN_TO_BE_REPLACED