How Scrapping a Syllabus Led to an Incredible Student Documentary 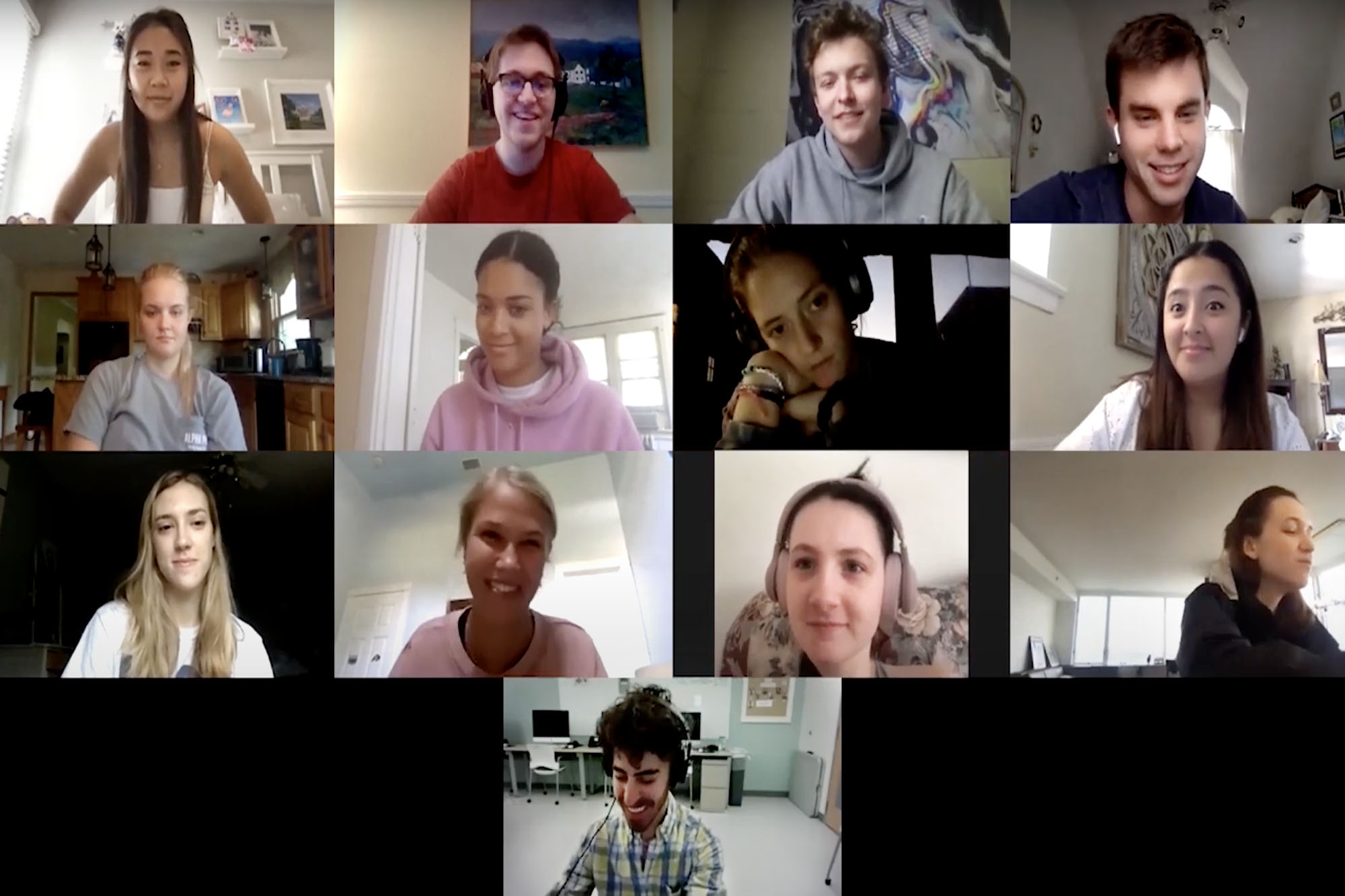 It takes a humble and enlightened professor – one who is secure in his own skin – to acknowledge when his students’ idea is, well … better.

Wyatt Andrews is one such professor.

In the immediate aftermath of the COVID-19 global pandemic that kept University of Virginia students from returning to their classrooms after spring break, Andrews – a former CBS News national correspondent – thought he had created a good syllabus for the 22 students in his “Basic Multimedia Reporting” course, one that would accommodate the shift to online classes.

The plan called for students to create short individual videos with their iPhones that would give glimpses into how student life had been affected by the coronavirus.

But just a couple days after the projects commenced, the students – led by third-years Kyra Min and Cabell Eggleston – told Andrews they believed they had a better idea.

Min asked Andrews if they could scrap what was on his syllabus and instead work as a team to produce a feature-length documentary on how students were dealing with their new set of circumstances.

“I think I just realized that this pandemic was going to be one of the biggest events of my lifetime,” Min said, “and that it has affected so many people in various ways – especially for us in college.

“COVID-19 was really the only thing making news at the time, and I was just really interested in capturing this moment for us.”

Andrews resisted at first, believing a group project might deprive the students of having individual videos that they could use on their résumés.

But a day later, on a Zoom call, Andrews surprised the students by telling them they could push forward.

“They understood that this was a great opportunity,” Andrews said. “They realized that rather than just sitting in their living rooms, that they could fight back by reporting what was happening to them and what they were hearing from their friends.”

One of the many beauties of the project is that it didn’t wind up compromising student résumés. Within the 40-minute documentary are 11 vignettes, each involving individual student reporters and producers.

“A big reason we wanted to do this version of a final project was mostly because we knew that not all of the producers in the class had access to the editing software,” Eggleston said, “so we wanted to give everyone the option to be a reporter and tell their own story if they wanted to.”

The vignettes run the gamut. One tells the story of a UVA rower, who, with her NCAA championship aspirations dashed, suddenly had to return to Johannesburg, South Africa.

Another story, in brutally honest fashion, details the social distancing challenges for a student of divorced parents. “That piece took guts,” Andrews said.

In another, a student who had to stay by himself in Charlottesville due to his immunocompromised grandfather winds up fostering a pair of dogs, Ivy and Sweet Betty.

And then there is the emotional story of a student who can’t be as close to his Nana, who is suffering from Alzheimer’s disease, as he would like. 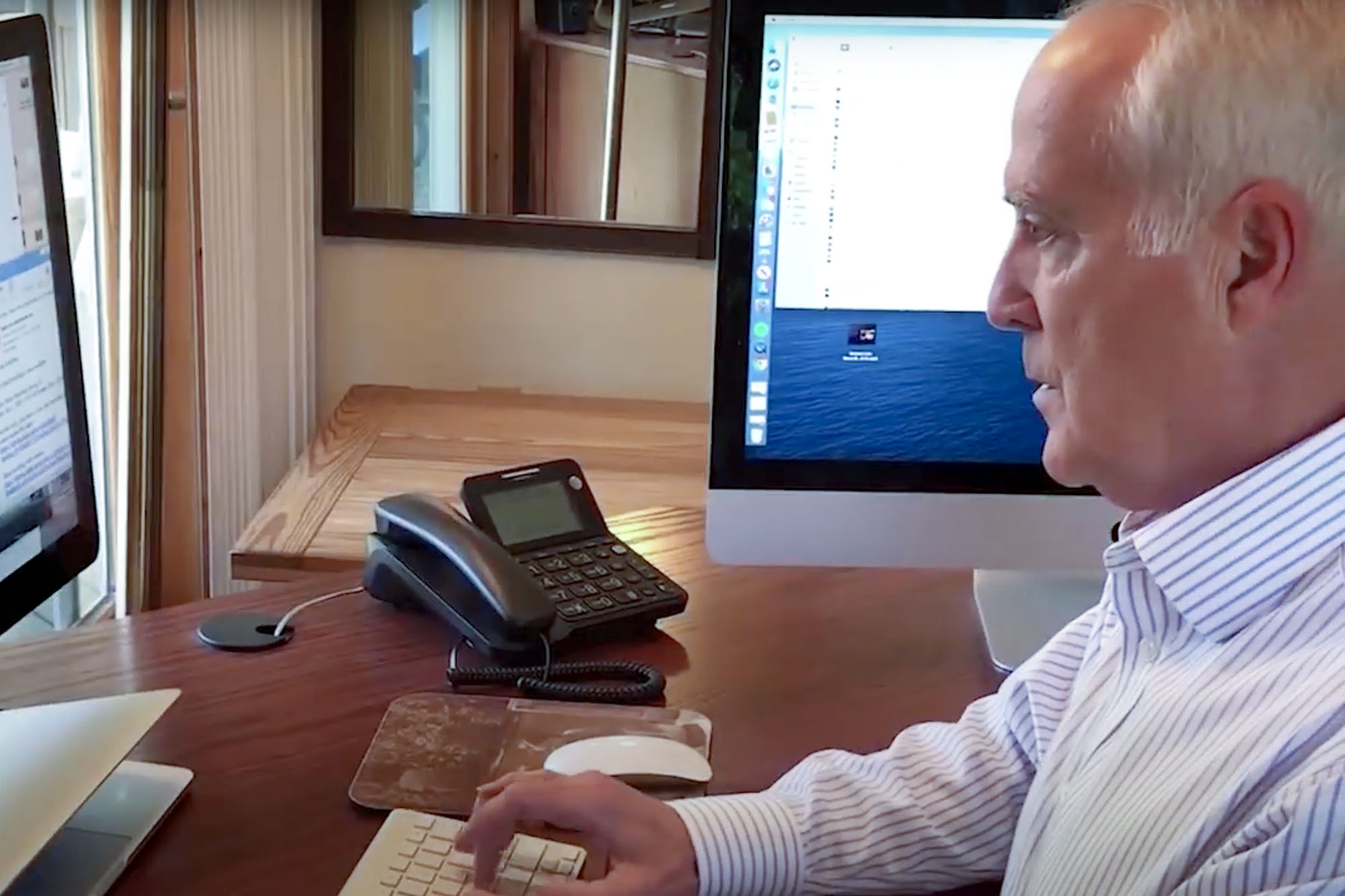 Andrews screened the students’ scripts for accuracy and ethical concerns, and encouraged them to try and connect their stories to larger national trends, such as the dog-fostering piece.

“That is one of the undertold stories of this pandemic,” said Andrews, referring to fourth-year student Dillon Turman’s segment, “in that Americans, all at once, without consulting each other, went and emptied out the pounds and shelters nationwide.”

One of the most amazing aspects of the documentary is that the students had no reporting or producing experience prior to the project – with the exception of Min and Eggleston, who had worked at WUVA News. They had just three weeks to shoot their videos, then two weeks for Min and Eggleston to weave them into a cohesive film.

At the end of the day, the vignettes rival anything you might see on your local news.

What makes the stories resonate, according to Andrews, is that the students were able to track down “real people.”

“All of the pieces captured some unique student experience and a unique student transformation – from UVA in the springtime to the four walls of their homes,” he said.

Min and Eggleston said they are proud of what they and their classmates accomplished.

“I think it manages to capture the variety of emotions and reactions to the range of situations college students have been put in,” Min said. “I really think we managed to do something big by compiling the stories of what we saw and simply saying, ‘Here’s what we’re seeing and what’s happening to us.’”

Added Eggleston: “We didn’t make this documentary to act as a statement of sorts. We just made it to be a record to show how people our age are being affected by the impacts of COVID-19.

“I suppose if there was something to take away from it, it would be that even though everyone is being affected differently by the virus, we are all affected in some way, shape or form. We’re all living through the same story, and it’s unifying in a sense.”