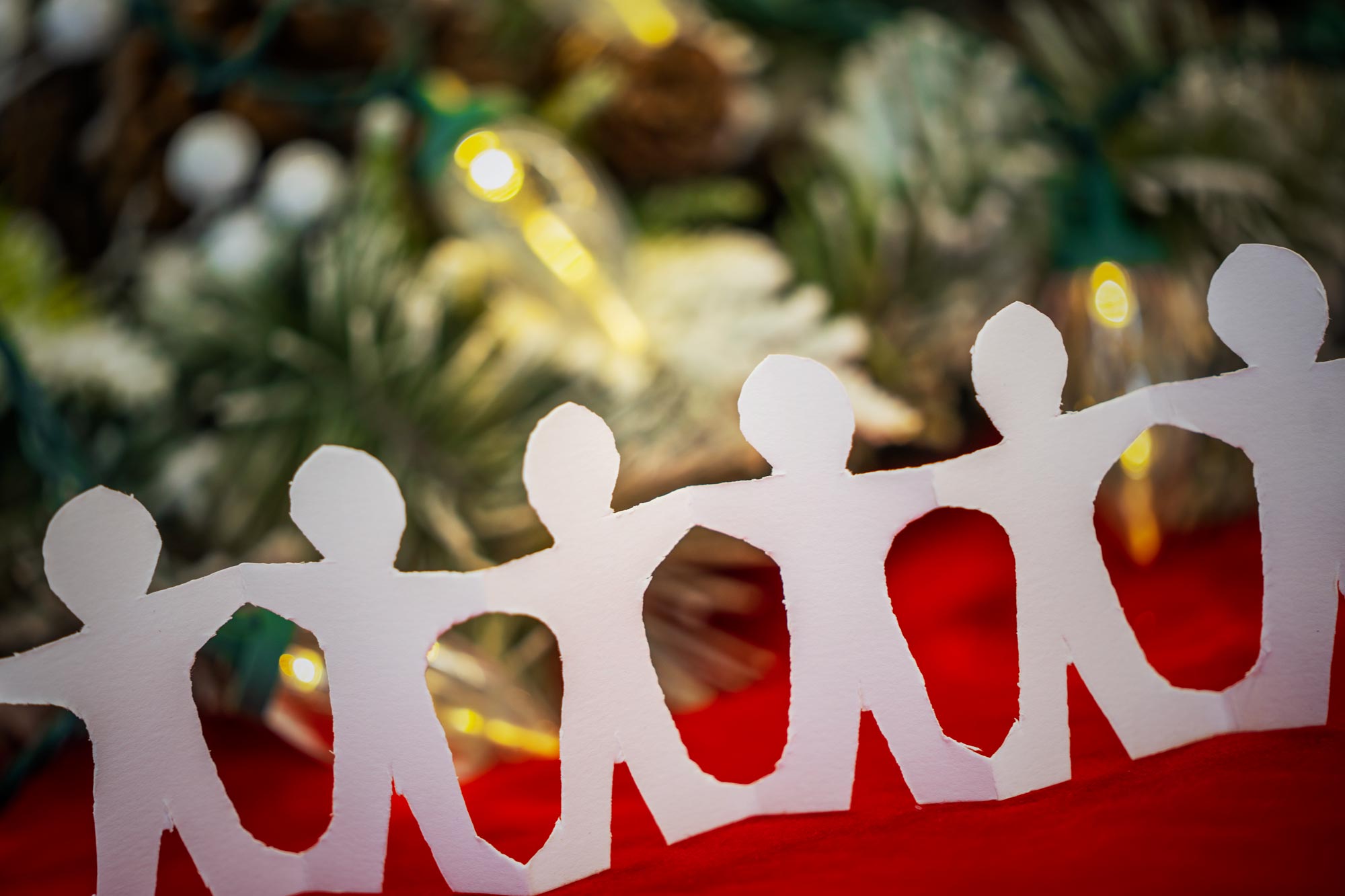 Might a course change your life? For Donavon Lea, a second-year student at the University of Virginia, the answer is “yes.”

The day after Christmas, the Virginia Beach native will break bread with his formerly estranged half-brother, Dominique. It’s all because of an assignment in Tim Davis’s hugely popular course, “The Resilient Student: Transition, Thriving and Leadership.”

Davis, an associate professor in UVA’ s Frank Batten School of Leadership and Public Policy, asked his students to identify an action that makes them anxious, and then to go do it. That was it.

It forced Lea to stare down a long-simmering family divide. At once, he knew he needed to reach out to the brother with whom he shares a father – the brother he eschewed as a preteen and teen. The brother he now realized he wanted, and needed, to bond with.

So in October, Lea practiced what he would say to Dominique before picking up the phone. “I kind of rehearsed something in my head to get the ball rolling, to say, ‘Hey, I just wanted to call to apologize for not being receptive in the past when you’ve called me, for not being the best brother when you tried to connect. I would like to change that,’” he said, speaking from home while on his holiday break.

Inspired by the new connection, Dominique made a suggestion. Why not get together around Christmas and continue the conversation? The brothers agreed and will meet Dec. 26 for a home-cooked meal at their great-aunt Brenda’s home in Portsmouth. 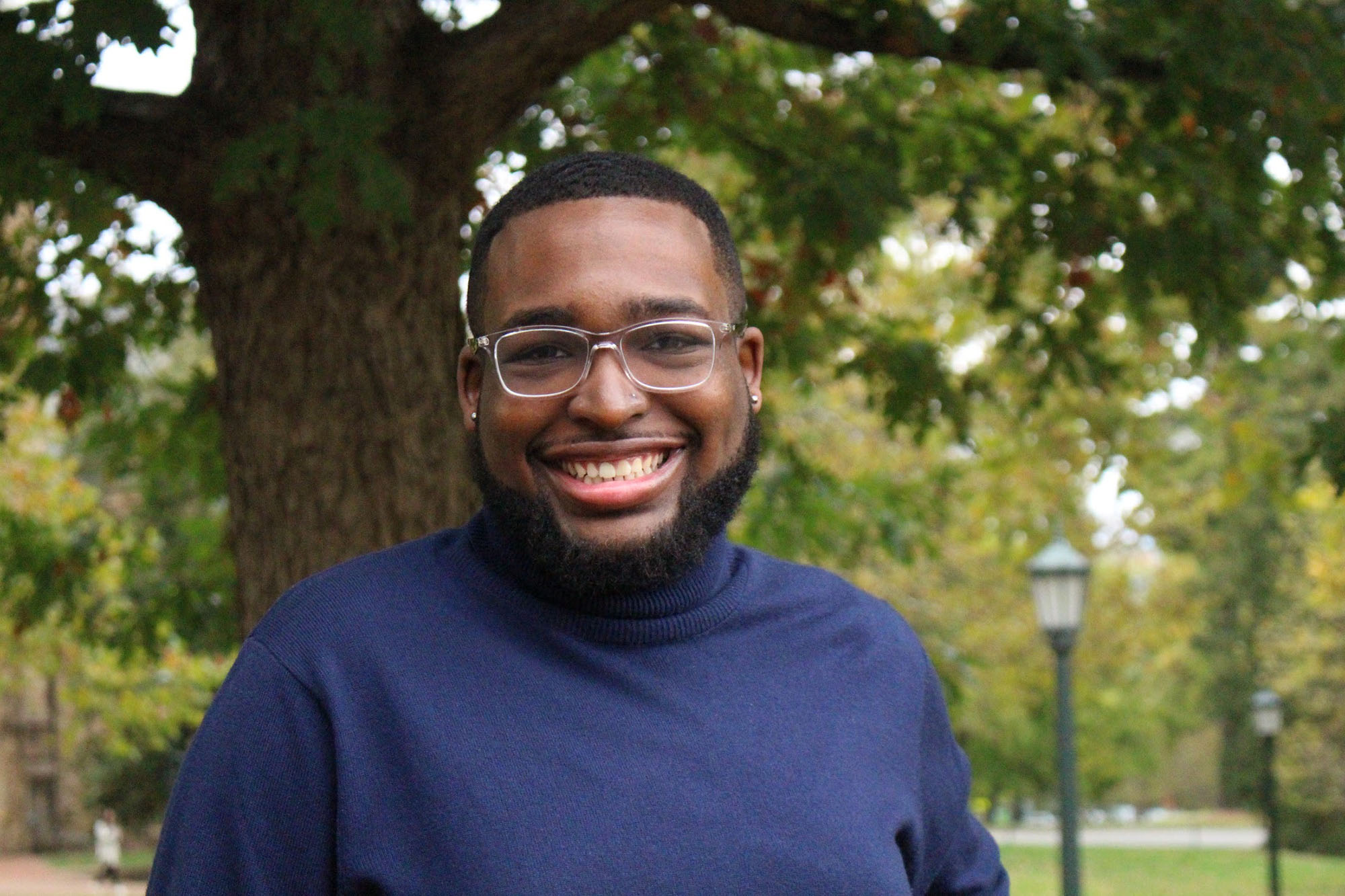 Lea is also estranged from his father, who has struggled with heroin addiction and been in and out of prison for most of his son’s life. The UVA student said that after taking Davis’ Batten School course, he can now envision reconnecting with his father.

“That’s not a huge goal, but it could happen,” he said.

Lea said he never would have reached out to Dominique at this point in his life had it not been for Davis’ assignment. “Not at all,” he said.

Davis said, “The class is fundamentally about developing the skills and competencies to navigate setbacks, challenges, disappointments – and come back stronger.

Davis’ background is in clinical psychology and he has been working in student mental health for years, at one point leading UVA’s Counseling and Psychological Services. He said he has always wanted to figure out a way “scale up” the experiences found in one-on-one counseling sessions.

“This is the closest thing to a scalable model that I’ve been able to find,” he said.

This fall’s course enrolled 105 students. (In the spring, there will be space for 120.) Each student was part of a 15-member discussion community, run by leaders from UVA’s Career Center, Student Affairs and Orientation and New Student Programs.

Each week, Davis and the other discussion group leaders ask their students to rate their moods on a scale of one to 10, something Davis said helps create community.

Lea could not agree more. “The discussions were my favorite part of the class,” he said.

Davis led Lea’s discussion group. After each person rated their moods, Davis would ask three people to share the reason for their ranking.

“Someone from our class shared that their best friend’s father had passed away,” Lea said. Because the student was a football player with an upcoming game, he would be unable to go home to support his friend. Lea said the player told his discussion group he really appreciated the moral support they gave him.

“The fact that the class was structured to cultivate that was really moving,” Lea said. “I’ve had discussions in past semesters, and you don’t even know the people’s names and you’re with them all semester.”

He said the discussion sessions were opportunities to apply everything that they’d gone over in the lectures, “and you also get to know the people in your class and actually form a community.”

“We talked about how resilience means being able to become the person you want to be, and I want to be a better brother, a better nephew and a supportive member of my family,” Lea said.

Lea is not alone in his love for Davis’ course. Last week, students took to Instagram to share their favorite fall courses and Davis’ got several shout-outs.

Then there is this glowing testimonial first-year student Alexis Ferguson shared with Davis after the class ended: “In all honesty, this class has changed my life completely. This is not an overstatement, because the entire course is centered around making yourself a better student: mentally and professionally.”

Ferguson told Davis she had started to implement what she learned in her daily life, hoping “to use this class, its teachings, and my experiences to better myself in the future in order to become a better, more resilient student.”

Everette Fortner, UVA’s associate vice president of career and professional development, ran a discussion group this fall and was impressed by what he saw.

“When I read my students’ final papers, I consistently hear that the weekly discussion is the highlight of their week – a space in which they can be themselves and be vulnerable with one another,” he said. “What they don’t realize is that I feel the same way – this is one hour a week that I can truly have a window into the students’ most challenging times as a supporter, confidante and coach. These times challenge me to be a better person and a better mentor.”

What Is Biotechnology? Where Is It Headed at UVA? END_OF_DOCUMENT_TOKEN_TO_BE_REPLACED