Improving Dialogue Across the Political Divide 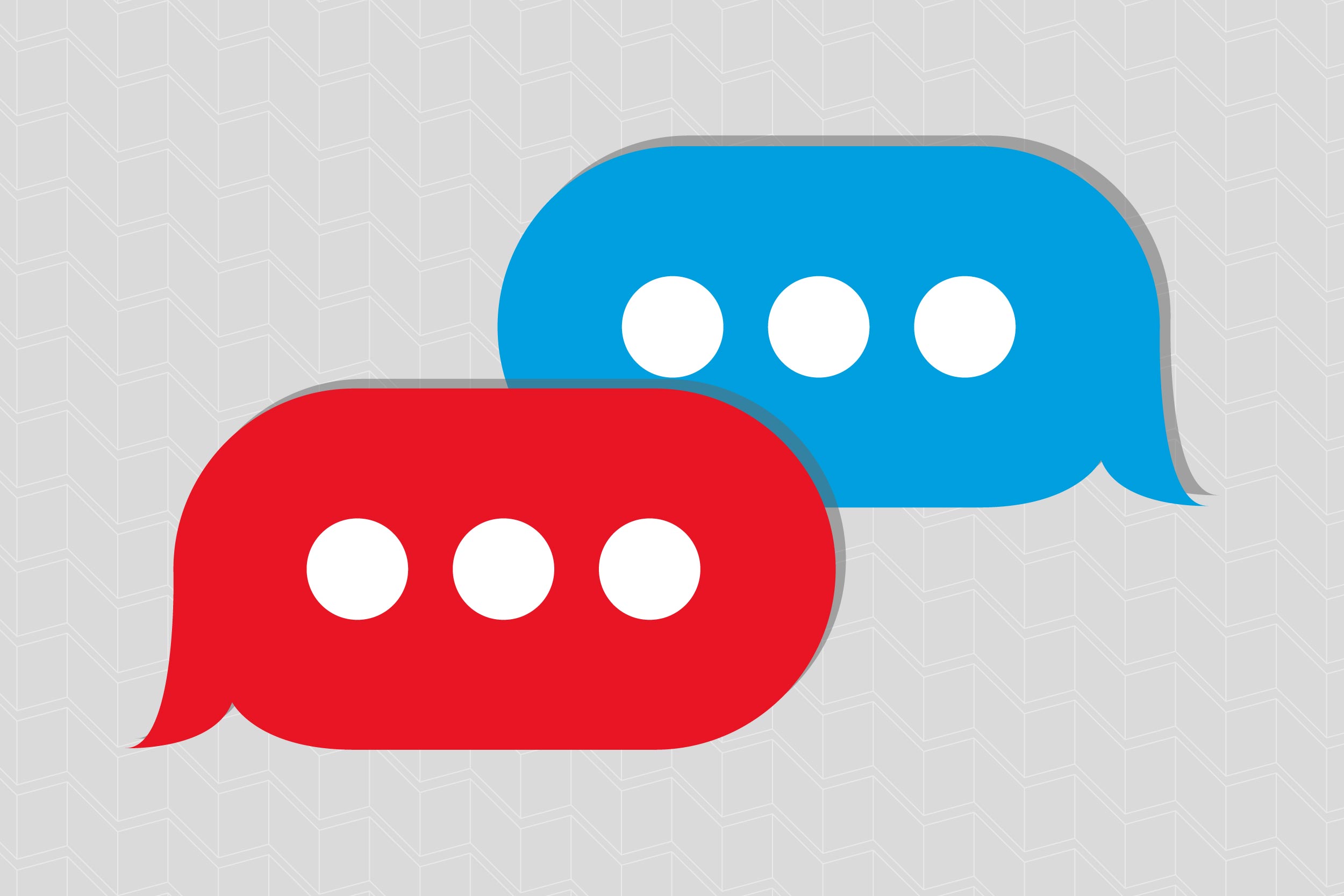 The last presidential election was one of the most heated in recent history. With 2020 rapidly approaching and political divisions running even deeper – if that’s even possible – you might find yourself wondering, “What good does a political discussion even do?”

Rachel Wahl, an assistant professor in the University of Virginia’s Curry School of Education and Human Development, is out to answer that question.

Wahl studies how ideas spread through dialogue and activism. Her work has brought her to the heart of the nation’s most heated debates, including conversations between police and people of color, and conversations between voters supporting President Trump and former presidential hopeful Hillary Clinton. Most recently, her research has focused on how people learn from each other across deep political divides. 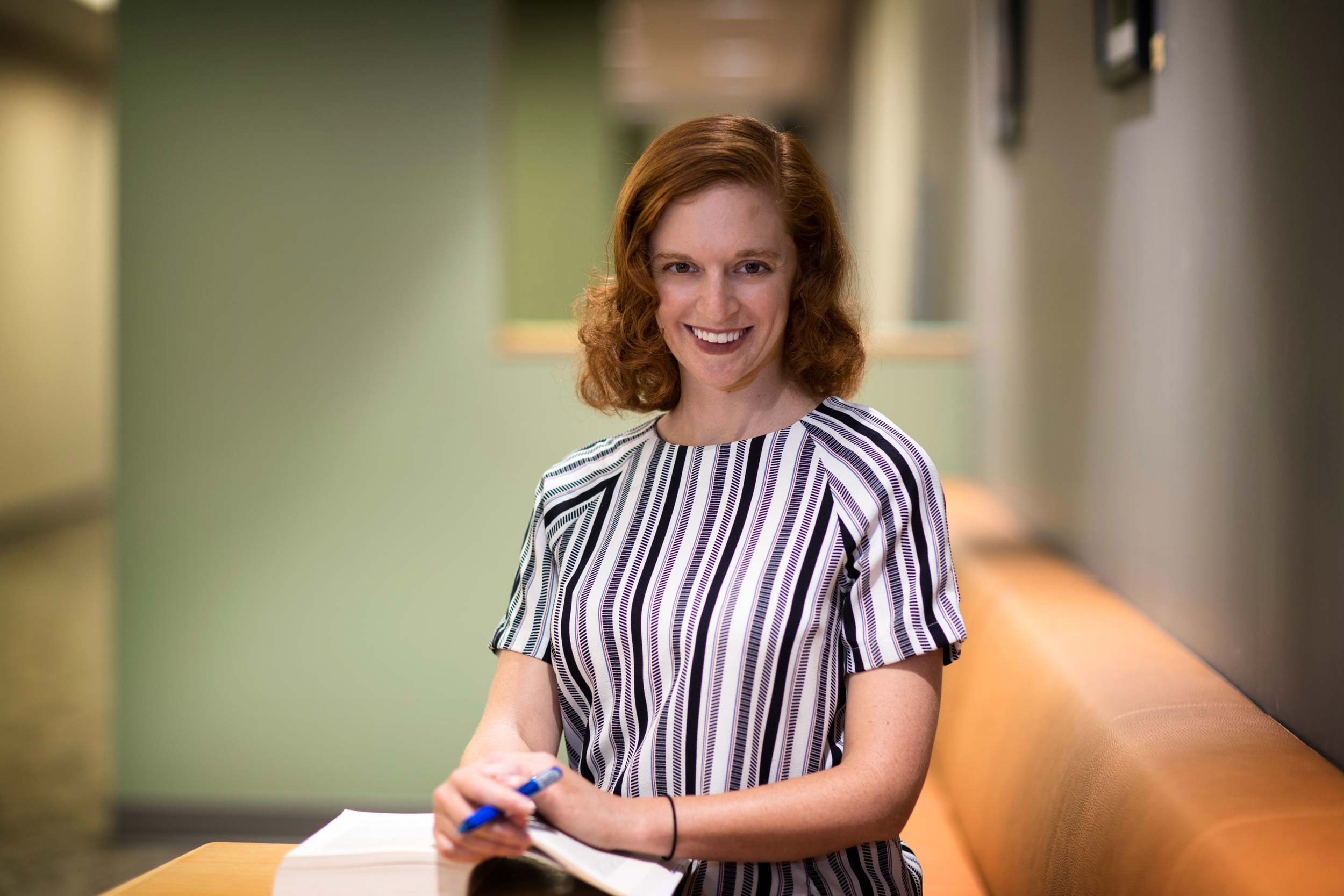 With political polarization on the rise throughout the country, Wahl’s research is more relevant than ever. She was recently selected for a fellowship from UVA’s Institute for Advanced Studies in Culture, where she will co-chair the Colloquy on Culture and Formation, a program of inquiry into moral and political formation that explores the development of children, leaders and citizens. She also received a 2019 fellowship from the National Academy of Education and Spencer Foundation to pursue her research on dialogue.

Wahl’s latest project, funded by a separate grant from the Spencer Foundation, focuses specifically on college campuses. This fall, Wahl will observe weekly discussion sessions between politically diverse students and conduct approximately 60 in-depth interviews with students, hoping to better understand the benefits and the limits of dialogue. Students interested in participating in this program can apply here. Applications are due Sept. 1.

We caught up with Wahl to learn more about dialogue – and how we can all work to cultivate healthy dialogue on college campuses and in our own lives.

Q. What exactly is “deliberative dialogue?”

A. “Deliberation” usually refers to reasoned arguments about a political issue or decision. “Dialogue” is a broader term that often describes conversations that help us understand one another as humans. “Deliberative dialogue” tries to do both.

What I have seen in studies that I’ve conducted is that most of our conflicts are both political and personal. It’s hard to make much progress on political deliberation without humanizing the people you’re talking to, but it’s hard to humanize the people you’re talking to without engaging the political issues that are at the heart of their experiences. So I’m examining the relationship between those two forms of engaging with another person.

Q. What is the goal of dialogue?

A. This is one of my main questions. Why should we talk to people we oppose? I don’t take it for granted that these conversations have any of the positive effects that some people assume.

What I have found so far is that these conversations are best at helping people understand other people. This is very different from the aims that many theorists and practitioners have for deliberation, which include building consensus on political issues and legitimizing democratic decisions.

Instead, what these conversations do best is reveal the personal and principled reasons behind what can at first seem like incomprehensible political views. One of my primary questions now is what value, if any, that may hold.

Dialogue does also help people question their own assumptions. This can help people become more nuanced thinkers, more capacious in their thinking, more willing to take seriously other people’s views and experiences. I think that’s all good for thinking and for democracy. However it is not meant to, in itself, solve problems of injustice.

Q. That brings me perfectly to my next question: What are some of the limits of dialogue? Why can’t it solve things like injustice?

A. Dialogue relies on being open to hearing opposing opinions. A dialogue between a group with less power and an unreceptive group with more power will not accomplish political change. Lawsuits, the mobilization of public pressure through protests, campaign work and related practices remain crucial tools in a democracy.

The voluntary nature of dialogue is also important. People in the room need to want to understand or be understood – otherwise, it could feel coercive, and it may do more harm than good.

For example, in 2018 a dialogue entitled “Listen First” was held here in Charlottesville, partly in response to the violence of Aug. 11 and 12, 2017. Local community members boycotted the dialogue to make the point that racist violence requires solutions that are legal and systemic and they worried that dialogue about the issue could obscure the underlying oppression and inequality that made the rally possible. In that instance, community members did not feel a desire for that kind of conversation and felt it could displace other tools, such as policy changes.

Q. What are you most interested in learning about dialogue through your research?

I’m also interested to see what happens in dialogue that is sustained over time, when students meet every week for a semester with other students who are not just diverse, but politically opposed.

One thing I saw in previous research with Trump and Clinton voters is that students would routinely say, “I don’t know what would have happened if we had met again.” And they said that both in a hopeful way and in a not-hopeful way. In a hopeful way, they thought they could have developed trust and had a deeper conversation. And in a less-hopeful way, they worried that it could be the novelty of the first meeting that made them willing to listen to each other. I am curious about what happens if relationships between politically opposed students form over time.

Q. What’s unique about dialogue in a college environment?

A. The mission of universities – especially public universities like UVA – is partly the cultivation of citizens who can engage in an informed way, both with the issues of their day and also with people from diverse backgrounds. This is considered important because many people argue that the ability to learn from those we disagree with is central to democracy – it’s what defines the democratic way of life.

In addition, universities are where people have the time and attention to be in these conversations. Not to overgeneralize – there are many, many people at UVA and on other campuses who are working multiple jobs and studying at 3 o’clock in the morning because they’re working so much. But college is a period of life when people are being asked to focus on learning, and part of that can be political learning.

Q. Why should students care about dialogue and what advice would you give them to practice deliberative dialogue in their personal lives?

A. The answer that most people would give is that students will have to interact with people who are different from themselves for the rest of their lives, and it would be good for them to know how to do it.

But I think the real reason that most students attend is curiosity. Most of us don’t get to have deep conversations with people who really disagree with us. Either we don’t know people who voted differently from us in the 2016 election, or if we do, then we steer clear of engaging them in a meaningful discussion.

I think the more that we can [engage] – and I’m not saying this is easy, and I’m not saying I’m good at it in my personal life – the more we can ask understanding-oriented questions about topics that we feel that we are ready to hear opposing ideas on, the better.

One word of caution: I don’t think [engaging is] always good and always appropriate. There are topics that I can’t have that kind of conversation about right now. But there are also topics we really care about, yet that we can try to understand something of the other side.

No matter how much research I or anyone else does, no person who enters into such a conversation can predict what will happen for them. Maybe a person who seemed to be a monster will be revealed as human. Maybe it will alter the way we see an issue, or maybe it will just make us more strategic in how to campaign better for the person we support the next time around. Dialogue is, and will always be, an uncertain endeavor.

What’s Next for UVA’s Class of 2022? END_OF_DOCUMENT_TOKEN_TO_BE_REPLACED

How Affordable is UVA? END_OF_DOCUMENT_TOKEN_TO_BE_REPLACED