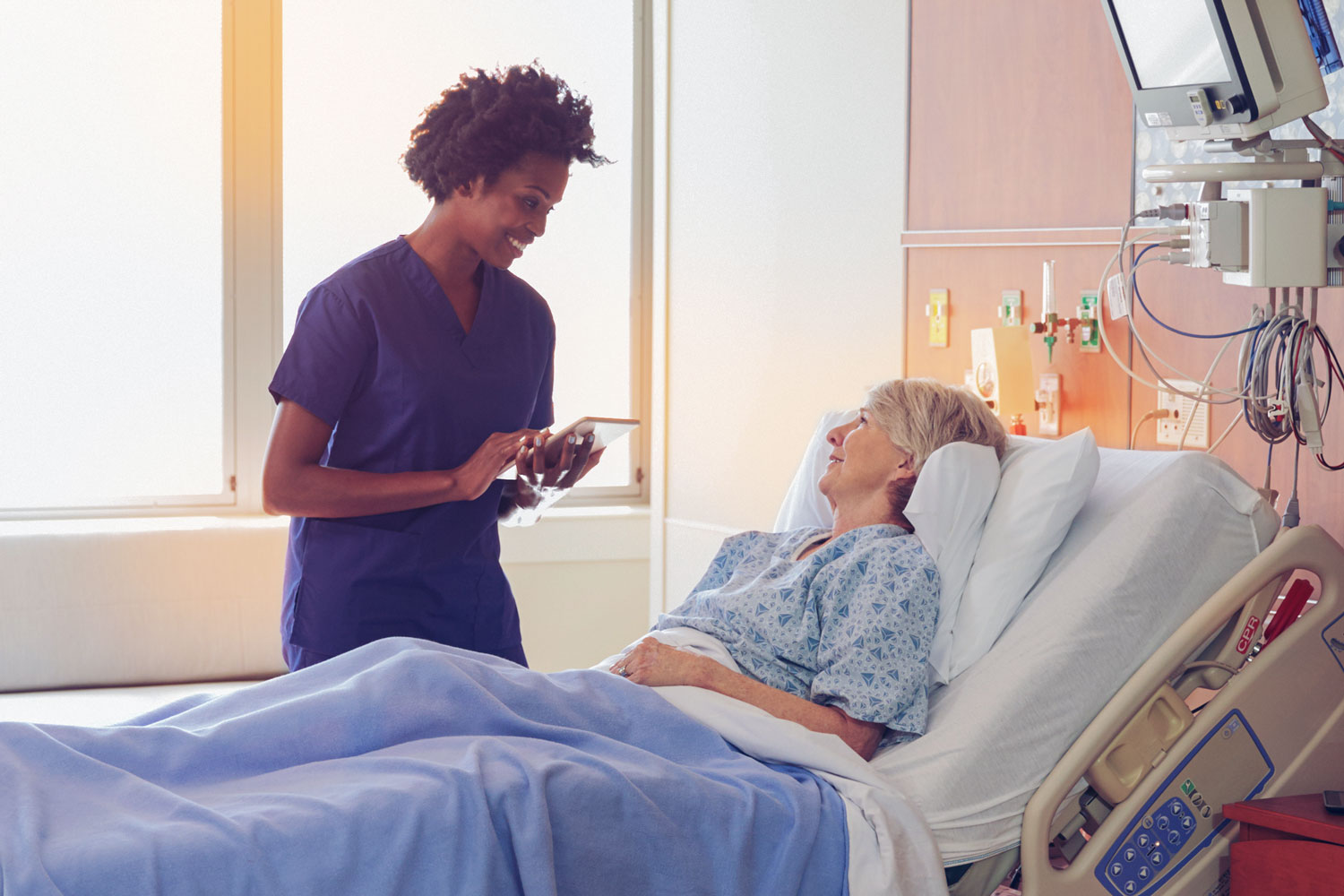 Doctors on busy units can be pressed for time, but having a plan in mind for conducting a focused conversation with their patients can make a difference for both doctors and patients.

As hospitals seek to improve inpatient satisfaction, one effective way takes only a few minutes and no expensive equipment. A study at the University of Virginia School of Medicine recently found that a daily five-minute conversation that focused on hospitalized patients “as people” significantly improved their satisfaction with their medical care.

Family medicine doctors at the University of Virginia Health System studied whether making a small but significant change – talking with patients about their overall well-being, as well as their medical symptoms – would make a difference in patient satisfaction. UVA associate professor and clinical psychologist Claudia Allen regularly teaches a brief psychosocial intervention called BATHE (which stands for “background, affect, trouble, handling and empathy”) to family medicine doctors in training, known as residents. Patients often share psychological or life problems as well as medical symptoms, and BATHE is designed to help doctors address those psychosocial issues briefly and effectively. Doctors using BATHE encourage patients to talk about anything that is bothering them, and then doctors respond with empathy and encouragement.

Knowing that doctors – especially those on inpatient units – can be pressed for time, the BATHE technique can be adjusted based on how much time a care provider has available. “BATHE includes an entry and an exit script,” Allen said. “You can spend three minutes doing it or you can spend an hour doing it.”

BATHE is used frequently in outpatient clinics nationally, Allen said, but had not been tested with inpatients. After a family medicine resident told Allen that he had found BATHE helpful with distressed patients in the UVA Emergency Department, she and a team of residents decided to examine the technique’s effectiveness with family medicine inpatients at UVA Medical Center.

Patients who had the brief BATHE conversation daily with a resident were significantly more likely to rate their medical care as excellent and to express a high degree of satisfaction with their hospital stay. Asked to rate on a five-point scale whether their medical care was excellent, patients receiving BATHE gave their doctors an average score of 4.77, compared with an average score of 4.0 for patients receiving standard care, which is a statistically significant difference.

Rather, the improvement in satisfaction was associated with the BATHE patients’ perceptions that their physician “showed a genuine interest in me as a person.”

The technique also received good reviews from the family medicine doctors, who reported that using BATHE didn’t add significantly to the time they spent with patients; it just better focused their conversations. “The beauty of the intervention is that it doesn’t ask doctors to do anything radically different or add something totally extra,” Allen noted. “It just tweaks what they’re already doing to make it significantly more effective.”

Physicians also noted that using BATHE might save time. Patients receiving BATHE were less likely to seek extra attention from doctors or nurses out of anxiety.

The work was supported by the National Institute of Child Health and Human Development, grant 9R01 HD058305-11A1.