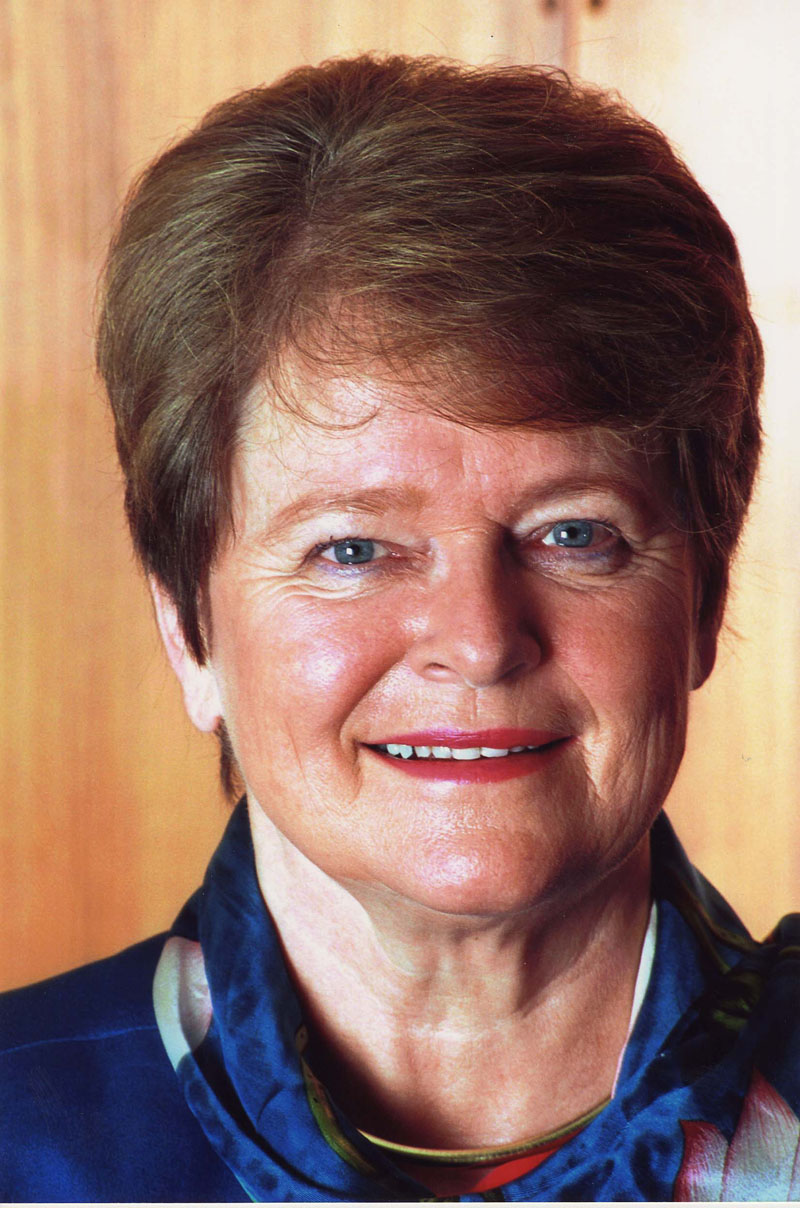 February 14, 2008 — Gro Harlem Brundtland, special envoy on climate change at the United Nations, former prime minister of Norway and a former director-general of the World Health Organization, will be awarded the 2008 Thomas Jefferson Foundation Medal in Architecture at the University of Virginia Founder’s Day festivities in April.

Brundtland will give a public talk on Friday, April 11, at 3 p.m., in Old Cabell Hall Auditorium.

“In honoring Dr. Brundtland we celebrate her legendary leadership in global sustainability and the stewardship of our environment, values that we have championed and developed in our work at the School of Architecture. We are so pleased to share our school’s accomplishments with such a distinguished figure and we all look forward to her University address on April 11th,” said Architecture School Dean Karen Van Lengen.

A politician, physician, diplomat and activist, Brundtland gained international recognition in the 1980s for supporting and promoting sustainable development as chair of the United Nations' World Commission of Environment and Development, known as the Brundtland Commission. The commission's report, "Our Common Future," outlined the broad political concept of sustainable development that takes into embraces multi-disciplinary considerations, including energy, industry, population and human resources, food security, species and ecosystems, international cooperation, decision-making systems and international economic relations.

The commission's recommendations led to the 1992 Earth Summit in Rio de Janeiro, at which representatives of 172 governments and 2,400 representatives of nongovernmental organizations concerned about the environment agreed on a Climate Change Convention that developed into the Kyoto Protocol.

Brundtland spent the first 10 years of her professional career as a physician and scientist in the Norwegian public health system, where she championed children's health issues and became increasingly aware that many of those health concerns are related to environmental issues. Her work in this area led to her appointment as Norway's Minister of the Environment in 1971. In 1981, at age 41, she was appointed prime minister, the youngest person and first woman to hold that post.

It was during her 10 years as prime minister that she developed a growing concern for environmental issues of global significance and chaired the U.N.'s World Commission on Environment and Development. In 1998, after stepping down as prime minister, Brundtland became director-general of the World Health Organization, where she combined her skills as doctor, politician and activist to advocate and work for equitable and sustainable health systems in all countries.

Since 2007 Brundtland has served as a U.N. Special Envoy for Climate Change.

The Thomas Jefferson Medal in Architecture and its counterparts in law and civic leadership are the highest external honors bestowed by the University, which grants no honorary degrees. The awards recognize achievements of those who embrace endeavors that the author of the Declaration of Independence, third U.S. president and founder of the University of Virginia, himself, excelled in and held in high regard.

Sponsored jointly by the University and the Thomas Jefferson Foundation, the nonprofit organization that owns and operates Monticello, the annual awards are conferred during the Founder's Day celebrations surrounding Jefferson's birthday, April 13. Awardees each deliver a public lecture at the University and engage in dialogue with students and faculty members. In addition to receiving a medal struck for the occasion, they will attend ceremonies in the Rotunda and a dinner at Monticello.

In Memoriam: Life of Drama Professor To Be Honored Sunday END_OF_DOCUMENT_TOKEN_TO_BE_REPLACED