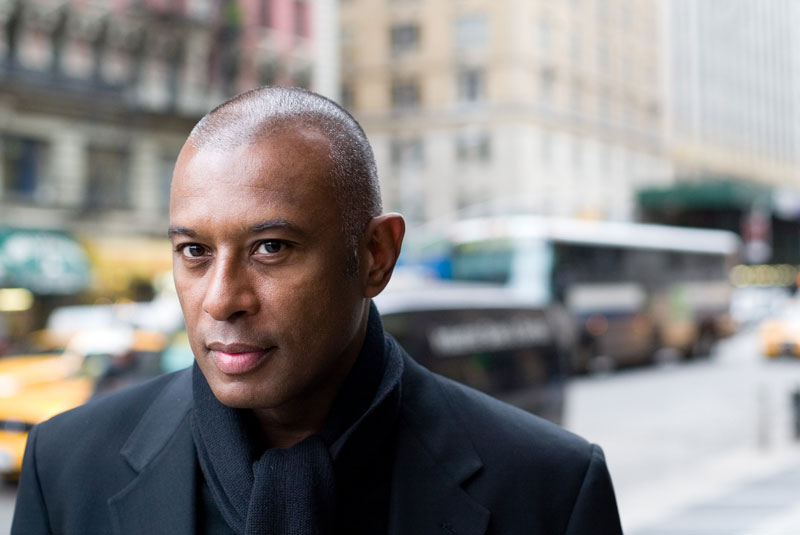 Caryl “Caz” Phillips is UVA’s second Kapnick Distinguished Writer-in-Residence. The program brings writers of international stature to the University to teach and engage with students and the literary community.

Caryl Phillips, a vital figure in trans-Atlantic literature whose critically acclaimed work has explored the African diaspora in the Caribbean, England and the United States, is scheduled to arrive at the University of Virginia next week for a two-week stay as the Creative Writing Program’s Kapnick Distinguished Writer-in-Residence.

In addition to leading a master class for graduate and undergraduate students and holding one-on-one consultations with M.F.A. and undergraduate prose writers, Phillips will deliver a reading on April 14 and a lecture on April 21. Both events are free and open to the public, and each one is scheduled to take place at 5 p.m. in the auditorium of the Albert and Shirley Small Special Collections Library.

Phillips is the second writer in the program supported by the College and Graduate School of Arts & Sciences’ Kapnick Foundation Distinguished Writer-in-Residence Endowment, which was created to bring writers of international stature to the University to teach and engage with students and the literary community. The program follows in the tradition of William Faulkner’s legendary residencies at UVA in the 1950s.

The late James Salter served as the first Kapnick Distinguished Writer-in-Residence. His public lectures on the art of fiction in the fall of 2014 drew large audiences, and English Professor Jane Alison, director of the Creative Writing Program, expects Phillips’ public events to draw a similar response from the literary community.

A renowned novelist and playwright, Phillips is a Professor of English at Yale University and an Honorary Fellow of The Queen’s College, Oxford University.

“From his revolutionary travel essays in ‘The European Tribe,’ through his polyphonic transatlantic novel ‘Crossing the River,’ and on to his latest book, ‘The Lost Child’ – which re-investigates the story of Heathcliff through post-Colonial eyes – Caz Phillips brings to his extraordinary oeuvre a historical depth, global reach, empathy and spirit of formal innovation that together make him a modern literary master,” Alison said. “He is also a generous teacher and compelling personal presence, and we in the writing community at UVA could not be more honored and delighted to welcome him.”

Born on the Caribbean island of St. Kitts and raised in England, Phillips studied English literature at Oxford University and is the author of 10 novels, four plays and five works of nonfiction. His literary awards include a Guggenheim Foundation Fellowship, a Lannan Literary Award and a Commonwealth Writers Prize for Best Book in 2004 for his novel, “A Distant Shore.”

His 1993 novel “Crossing the River” was shortlisted for the Booker Prize and won Britain’s oldest literary award, the James Tait Black Memorial Prize. That same year, Phillips was named to the Granta list of “Best of Young British Writers.” In 2006, his eighth novel, “Dancing in the Dark,” won the PEN/Beyond the Margins Award.

His most recent novel, “The Lost Child,” was published last spring to glowing reviews. In the novel, Phillips recasts “Wuthering Heights” by imagining Heathcliff’s life before he’s brought to the moors of northern England as an orphan. The novel blends two other stories to Heathcliff’s narrative. One depicts novelist Emily Brontë’s final days as she confuses the details of her novel, “Wuthering Heights,” with her family life. The other focuses on a young female university student in the late 1950s who aspires to be a writer and who falls in love with a fellow student from an unnamed British colony.

A fellow of the Royal Society of Literature and the Royal Society of the Arts and a recipient of the 2013 Anthony N. Sabga Caribbean Award for Excellence, Phillips has taught at universities in Ghana, Sweden, Singapore, Barbados and India. As a professor, his teaching has focused on contemporary literature in English from around the world.

Here Is What You Need to Know About the New Coronavirus Variant, Omicron END_OF_DOCUMENT_TOKEN_TO_BE_REPLACED

Fall Is in the Air on Grounds END_OF_DOCUMENT_TOKEN_TO_BE_REPLACED

Meet the Cats and Dogs Your CVC Donation Supports END_OF_DOCUMENT_TOKEN_TO_BE_REPLACED