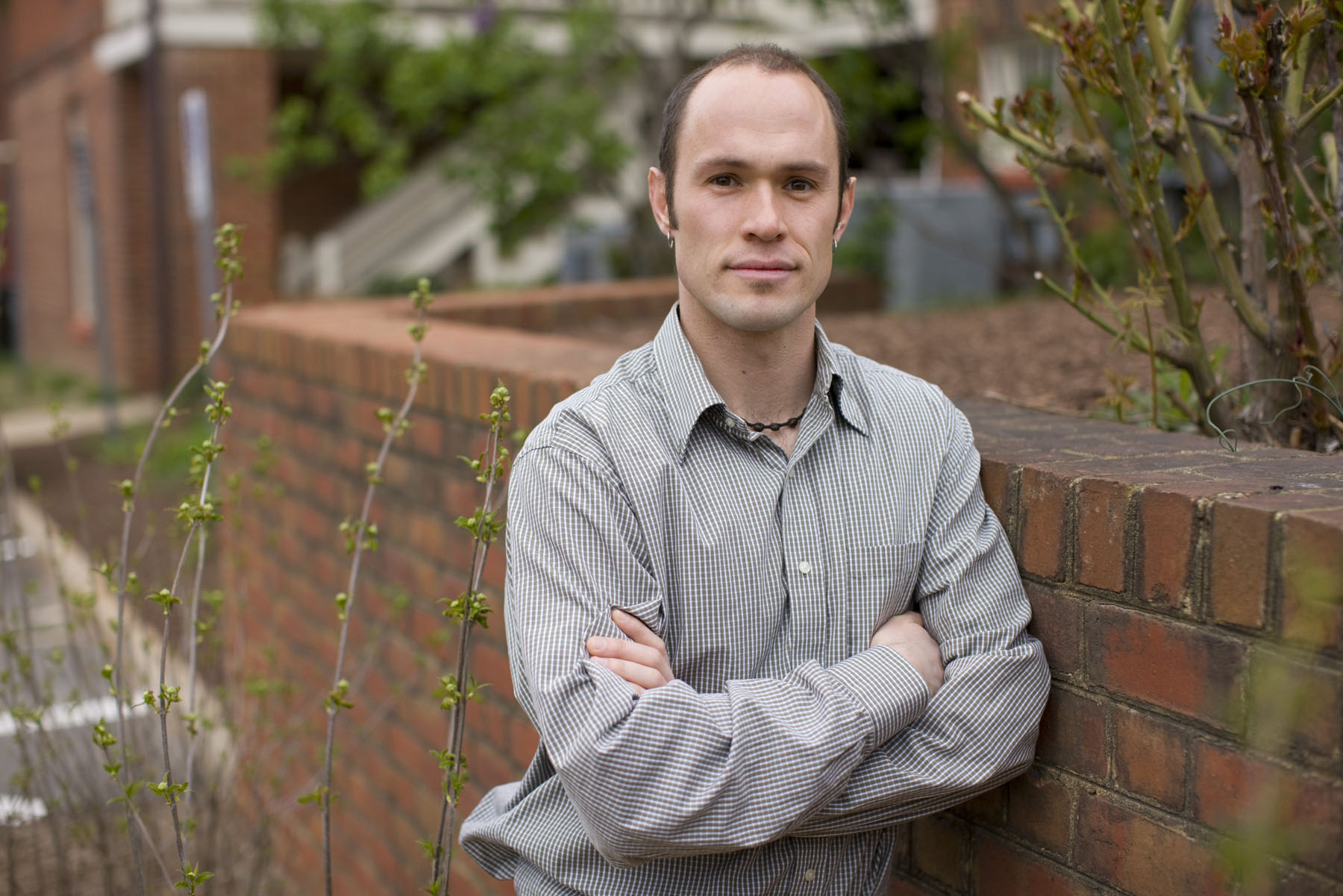 April 5, 2012 — University of Virginia School of Nursing alumnus Tim Cunningham knows a thing or two about being funny. But Cunningham, a former professional actor and clown, will offer a serious glimpse into America's health care woes with his one-man documentary performance, "Out of Their Way" - a compilation of characters he encountered at a free health clinic in rural, southwestern Virginia that are alternatively poignant, painful and uplifting.

The idea, said Cunningham - now a full-time emergency room nurse at the U.Va. Medical Center - was to listen deeply to the patients he met and become an advocate for those who often remain voiceless in the national health care debate.

"When we look at the health issues, it's not just southwest Virginia we're focused on. These are national issues," he said. "It's a focused look at, a lens on broader health care issues in the U.S."

During the three-day Remote Area Medical Clinic in 2009 that provided the fodder for his play, Cunningham recorded more than seven hours of intimate, anonymous, one-on-one interviews with more than 30 patients at a free care clinic in Wise. After transcription and distillation, he created 11 distinct characters that he features in "Out of Their Way," which will be performed in the McLeod Hall auditorium on April 19 at 4 p.m. The performance is free and open to the public.

Cunningham's 85-minute performance uses costume changes, slides, music and even stilts. It will be followed by an hour-long workshop on storytelling, offering nursing, education and chaplaincy students "different and creative ways to listen and tell people's stories."

Like the real people they represent, Cunningham's characters express a variety of feelings about health care access, politicians, their financial difficulties and their struggles with chronic conditions and illness. Many express their deep gratitude for the clinic, provided annually by U.Va. health care professionals and volunteers, while others talk about their struggles to find proper, routine care to keep chronic ailments in check.

"Many people said they had learned to fend for themselves, because that's what they had to do," Cunningham said.

Cunningham worked with Nursing School faculty mentors Lucy Goeke and Dean Dorrie Fontaine, whom he called his "champions," to produce the play, which has been performed only three times. As the piece evolves - several new voices have recently been added to the mix - Cunningham hopes it provides another way for people to talk about patient care by learning how to listen well, and deeply.

Should Alcohol Have Warning Labels About Cancer Risk? Most Americans Say ‘Yes’ END_OF_DOCUMENT_TOKEN_TO_BE_REPLACED