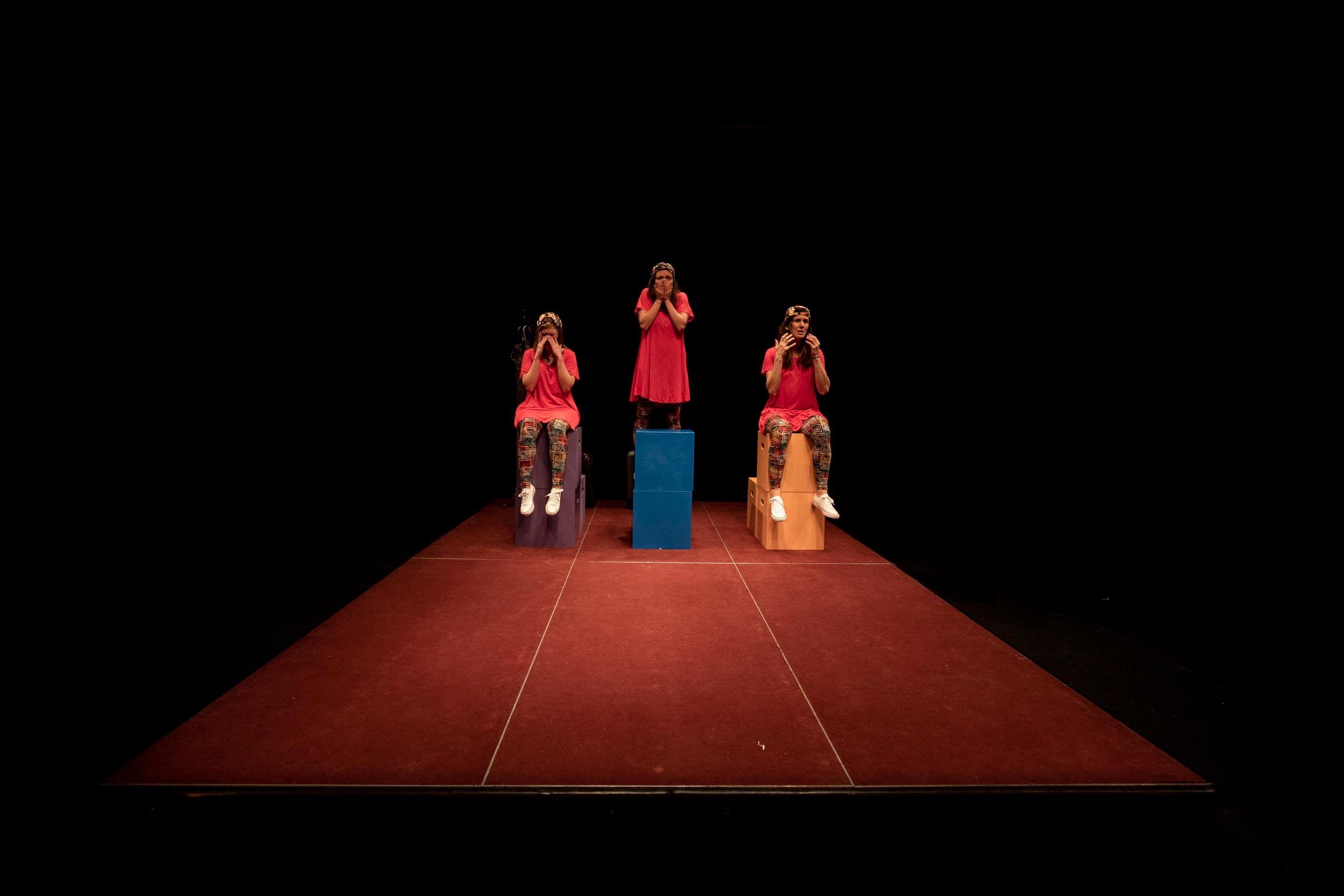 The idea to stage a play in Spanish was an experiment for Spanish professor Fernando Operé, early on in what would become a long career at the University of Virginia.

Forty years later, that labor of love has become a highly anticipated annual community event that brings Spanish-speaking people and students together, including members of UVA’s Department of Spanish, Italian and Portuguese, who often find their way onstage. 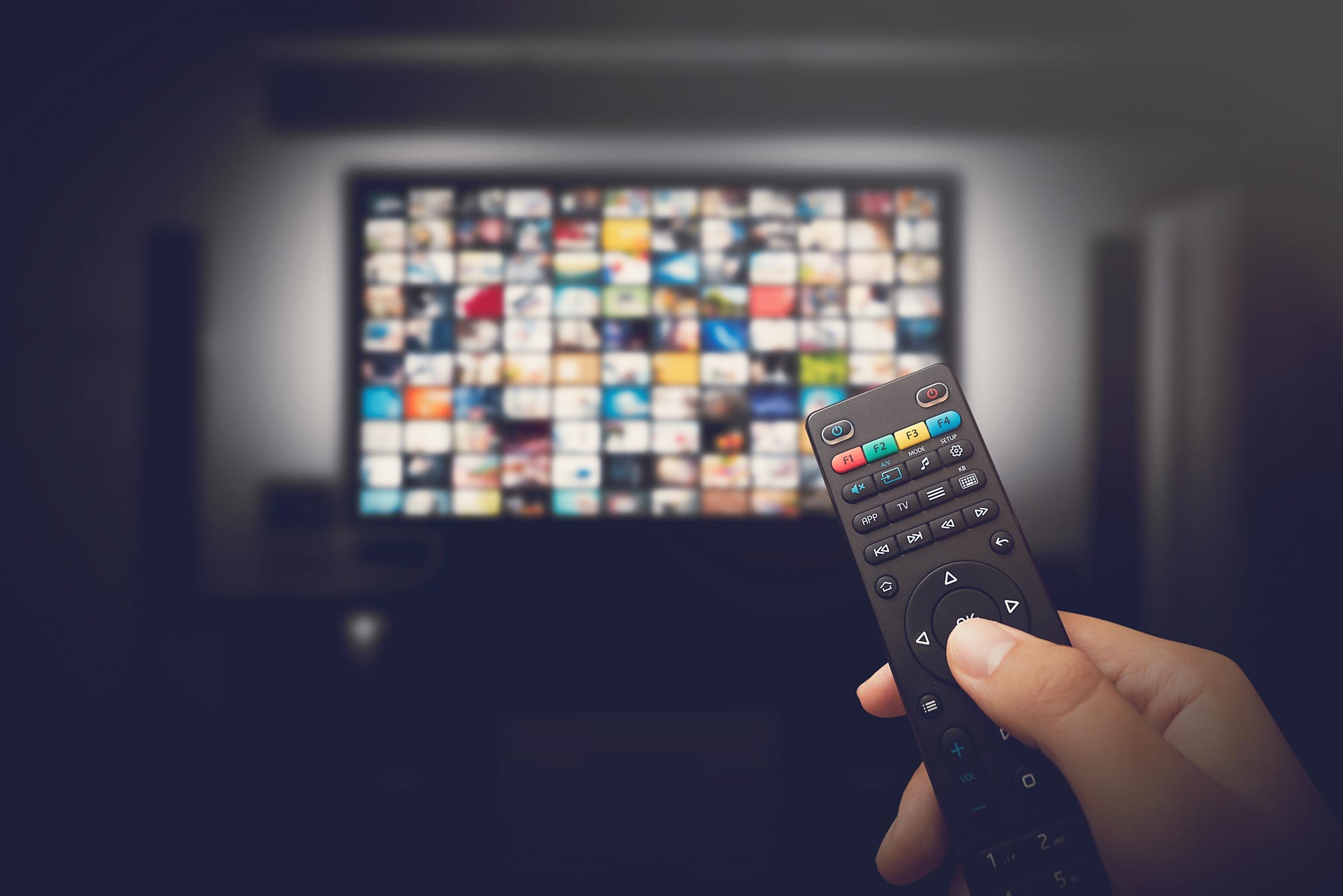 This year’s play, “Fractales” (“Fractals” in English), will be performed Thursday, Friday and Saturday at 8 p.m. and Sunday at 2 p.m. in the Helms Theater. Tickets, $5 for students and $15 for non-students, are available at the UVA Arts Box Office.

Growing up in Madrid, Operé studied theater there and at the University of Barcelona before coming to UVA for graduate school. He earned a Ph.D. in Latin American history from the Corcoran Department of History in 1975 and then joined the Department of Spanish, Italian and Portuguese.

Although he loved researching and teaching, he missed theater and thought he’d try his hand at putting on a play, he said.

Teaching is a kind of performance, he added, but producing these plays every year creates something special. “This gives the department a way to participate in a common project,” he said. 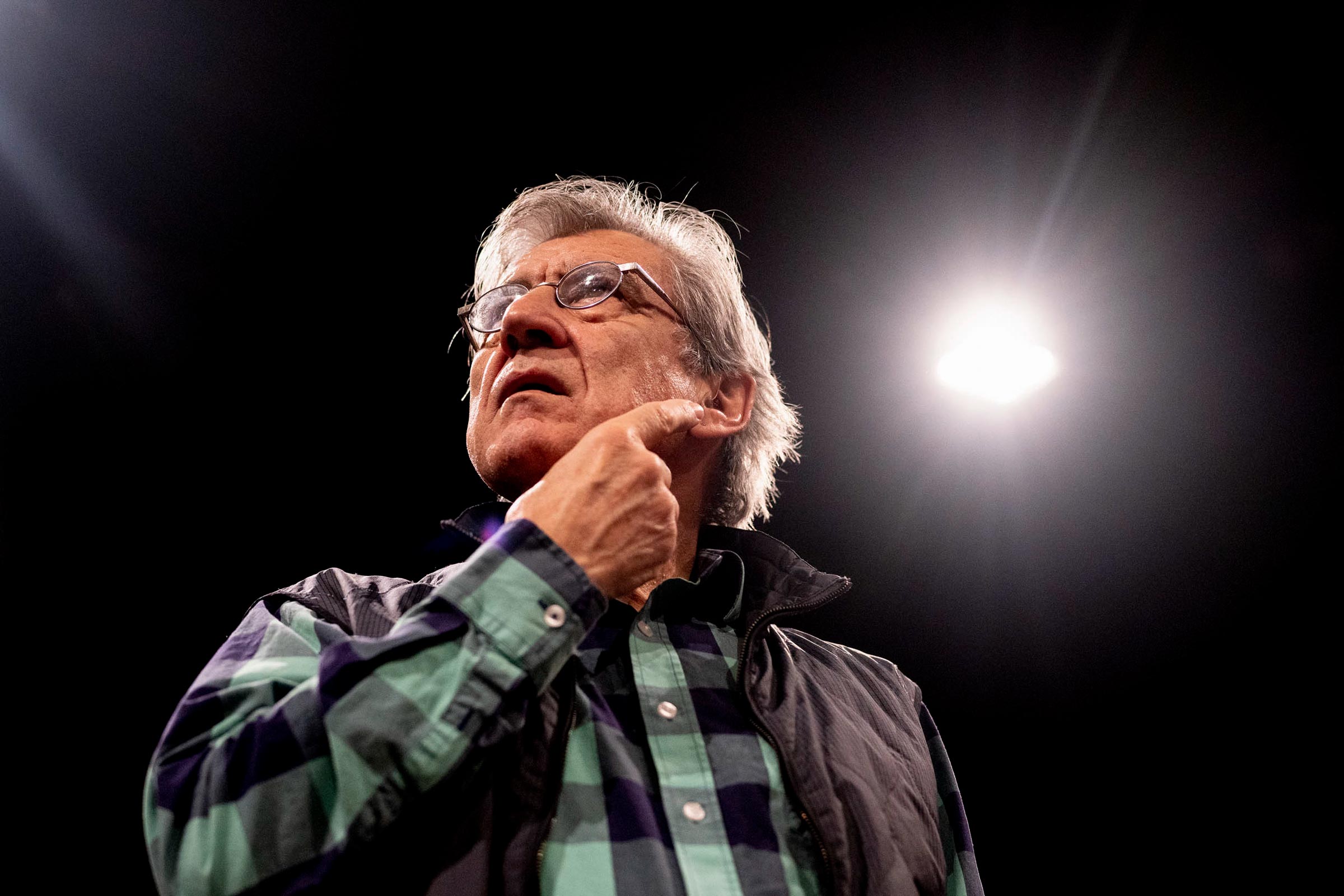 Over the past 40 years, Fernando Operé has directed 52 plays with the Spanish Theater Group. (Photo by Sanjay Suchak, University Communications)

Many people have joined the cast and crew over the years, including professors and students at all levels. Some who audition have experience, and some have nada. Some help in other ways, with technical aspects like sound and lighting.

“The way we work together – it’s amazing,” Operé said, adding that theater creates intense and special connections among everyone. The group is holding a reunion this year, with about 80 people planning to attend; former actors will return from all over the country – and one even coming from Bogotá, Colombia.

Herbert “Tico” Braun, a professor of Latin American history, performed with the Spanish Theater Group for many years. His favorite role was playing the Chilean poet Pablo Neruda in 1994 in “Ardiente paciencia (Hot Patience)” by Chilean author Antonio Skármeta, a play (and book) better known worldwide as “Il Postino.” 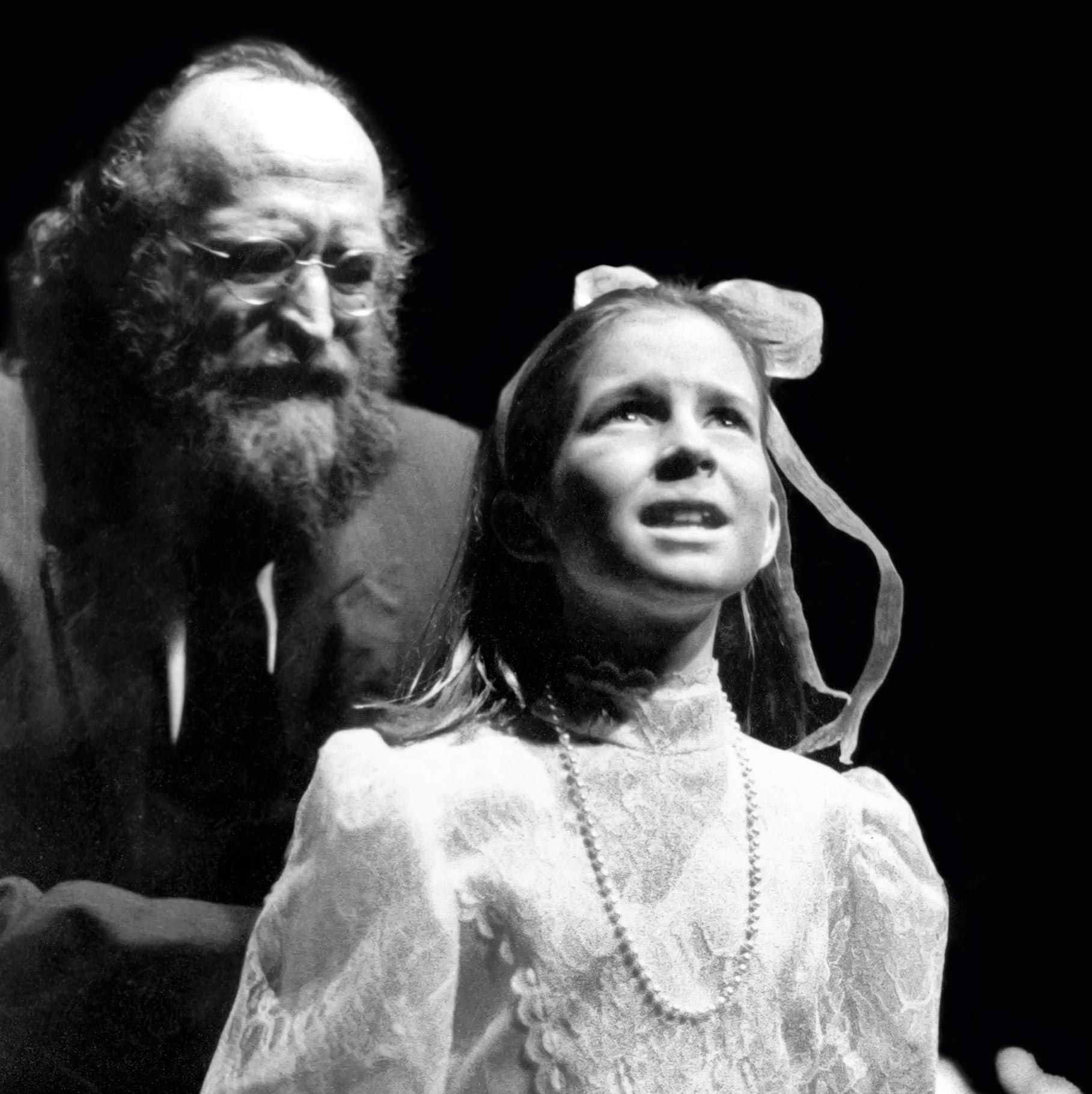 Professor Sam Amago, who chairs the Department of Spanish, Italian and Portuguese, added his enthusiasm.

“The Spanish Theater Group is a signature example of the department’s longtime commitment to bringing the humanities to the community and University at large. Fernando has been leading these efforts, long before ‘public humanities’ and ‘community engagement’ became institutional buzzwords.”

Amago should know. He began acting in the theater group as a student in the late 1990s and early 2000s, and has returned to it now as a Spanish professor and a colleague of Operé’s.

The two joked that when Amago was recruited two years ago (he previously held an endowed professorship at the University of North Carolina-Chapel Hill), he stipulated that he be able to join the theater group again.

“Fernando promised that if I took the job and came back to UVA, he would give me roles. So far, he has kept his word,” Amago said.

The production is a great way to combine pedagogy and language learning with the performing arts, Amago said as he waited to rehearse his part as the uncle in “Fractales”, alongside his two sons, who were appearing onstage for the first time. 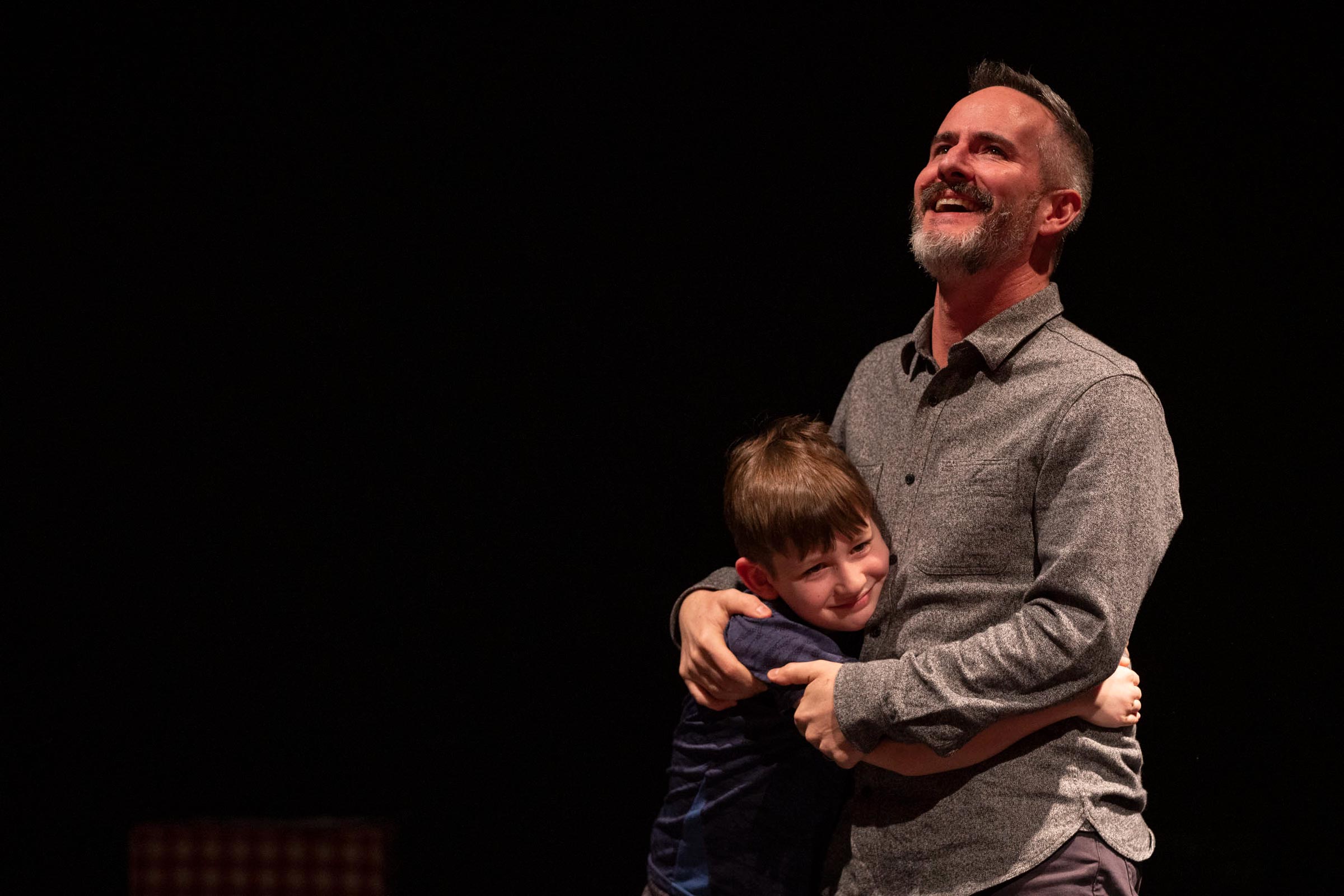 Professor Sam Amago, who chairs the Spanish department, rehearses his part as the uncle, alongside Joaquin, one of his two sons who also have small parts in “Fractales.” (Photo by Sanjay Suchak, University Communications)

“I enjoy the collaborative, public-oriented aspect of this kind of theater,” Amago said. “A highlight of last year’s play, ‘Cifras (Figures),’ was seeing the impact that our performance had with Spanish-speaking members of the Charlottesville community in the audience, who were moved by the play’s dramatic engagement with issues of migration and human rights.”

Along with the group performing the worldwide premiere of “Cifras” by Spanish playwright Mar Gómez Glez, Operé said the group organized a mini-conference at UVA before the play was staged with experts on immigration issues and the participation of community members who are immigrants.

Operé is always reading to find different plays by Spanish authors from various countries to bring to the stage; in some earlier years, he would present two each year. He looks for works that are educational and show different points of view. He reads a lot of plays to choose ones that will be doable, and on a practical level, he looks for those with enough characters for people to play.

He makes changes sometimes – for example, “Fractales” – or “fractals,” the complicated pattern of repeated shapes – had one lead female character, but Operé split that into three roles to represent different aspects of that one character.

Written by Mexican playwright Alejandro Ricaño, the play addresses the issue of sexual harassment – an example of the #MeToo movement, Operé said. The main character, Ana, who is a professional movie extra, goes through a journey of intimate memories, at times humorous, at times tragic, from childhood traumas to her disappointing experiences with friendship, love and her struggling acting career.

Ph.D. candidate Sarah Rabke, who plays one part of the Ana character, joined the Spanish Theater Group in 2016, after she came to UVA for graduate school.

This is her first year teaching an upper-level course, so she is incorporating “Fractales” into her syllabus “in a meaningful way” for her students with their more advanced language skills, she said.

“This play in particular is different linguistically than the language to which many of my students are accustomed, and there are many cultural terms referenced in the dialogue,” Rabke said. “My hope is that students who attend ‘Fractales,’ or another Spanish-language play in the future learn a lot about language and culture as well as about themselves.”

Rabke said she always loved theater and liked to go to plays, but hadn’t performed in one herself since high school.

“The skills I have learned through acting have helped me immeasurably as a teacher,” she said. “Acting is really special.” 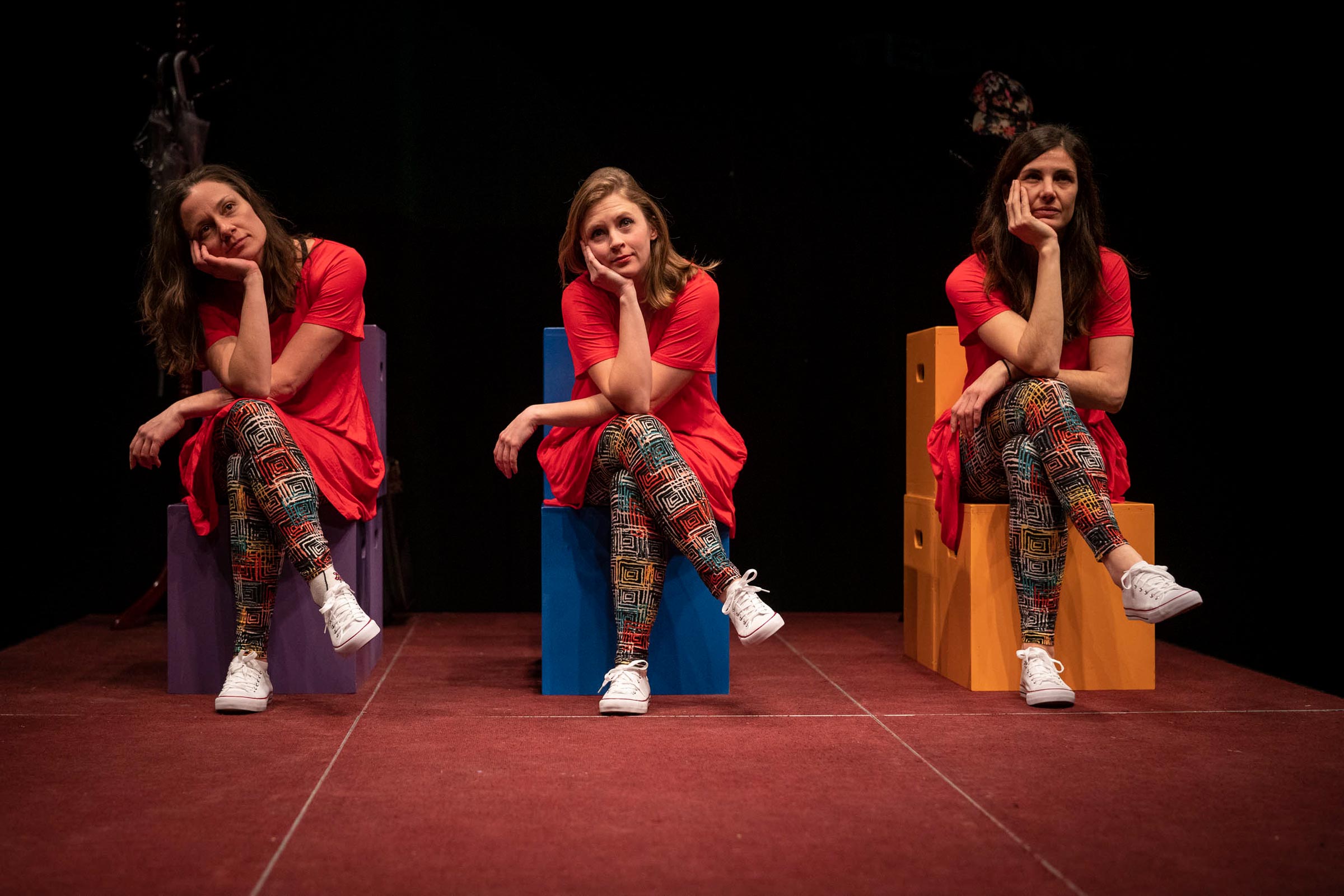 Like Amago and Rabke, Alicia Lopez Operé is another performer who values this special opportunity, and plays another part of the Ana character. She joined the Spanish Theater Group in the fall of 2002 when she was a graduate student. A niece of Fernando’s, she recently began helping produce the annual play, and said she looks forward to it all year. She joined the UVA Spanish department in 2014 after teaching at Mary Baldwin University and the University of Richmond for several years, staying involved with the Spanish Theater Group during that time.

“I believe it is extremely important to bring theater to the Spanish-speaking community and to the Spanish students at UVA,” she said. “We try to select plays that connect with social and political issues, or plays that make us all reflect on the human condition, diversity and cultural differences.”

Depending on the course, she has her students read the whole play or portions of it, attend a performance and write about it.

“I have seen over the years that both the community and the students love and value having the chance to see a play in Spanish.

“It is a beautiful and rewarding experience,” she said. 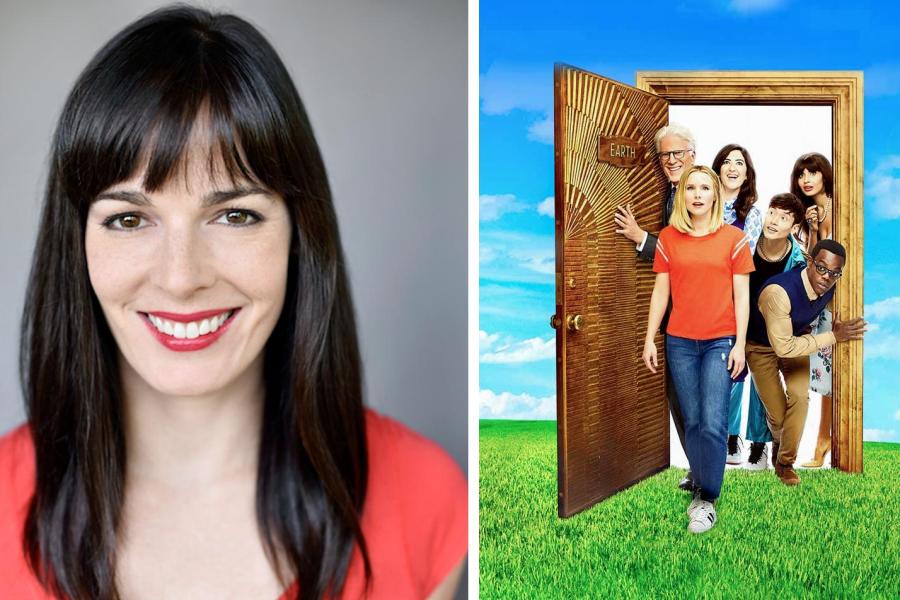 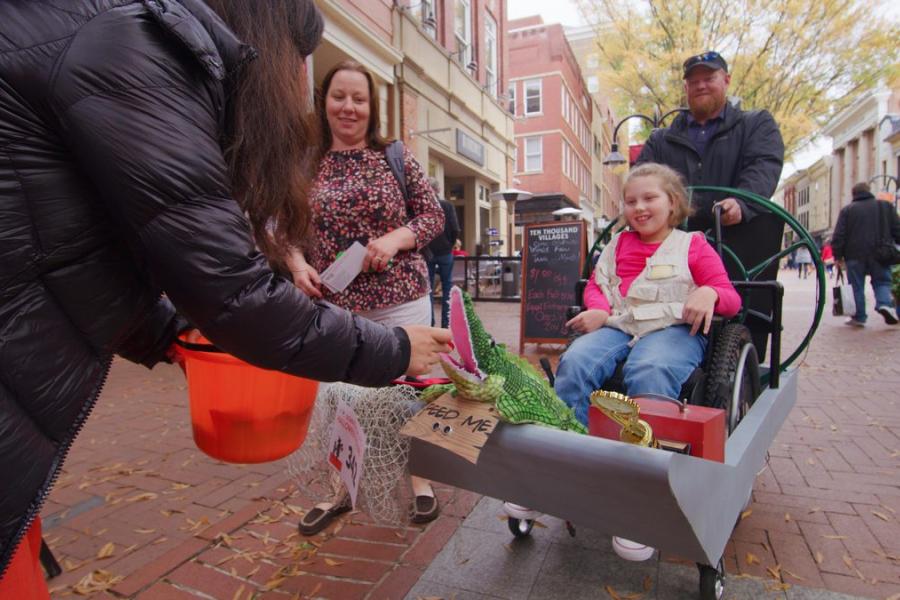 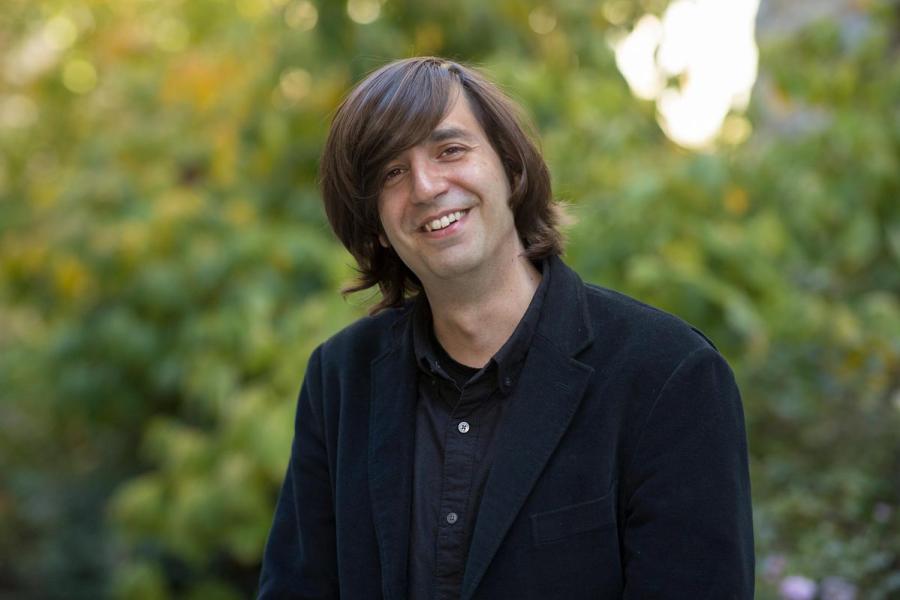