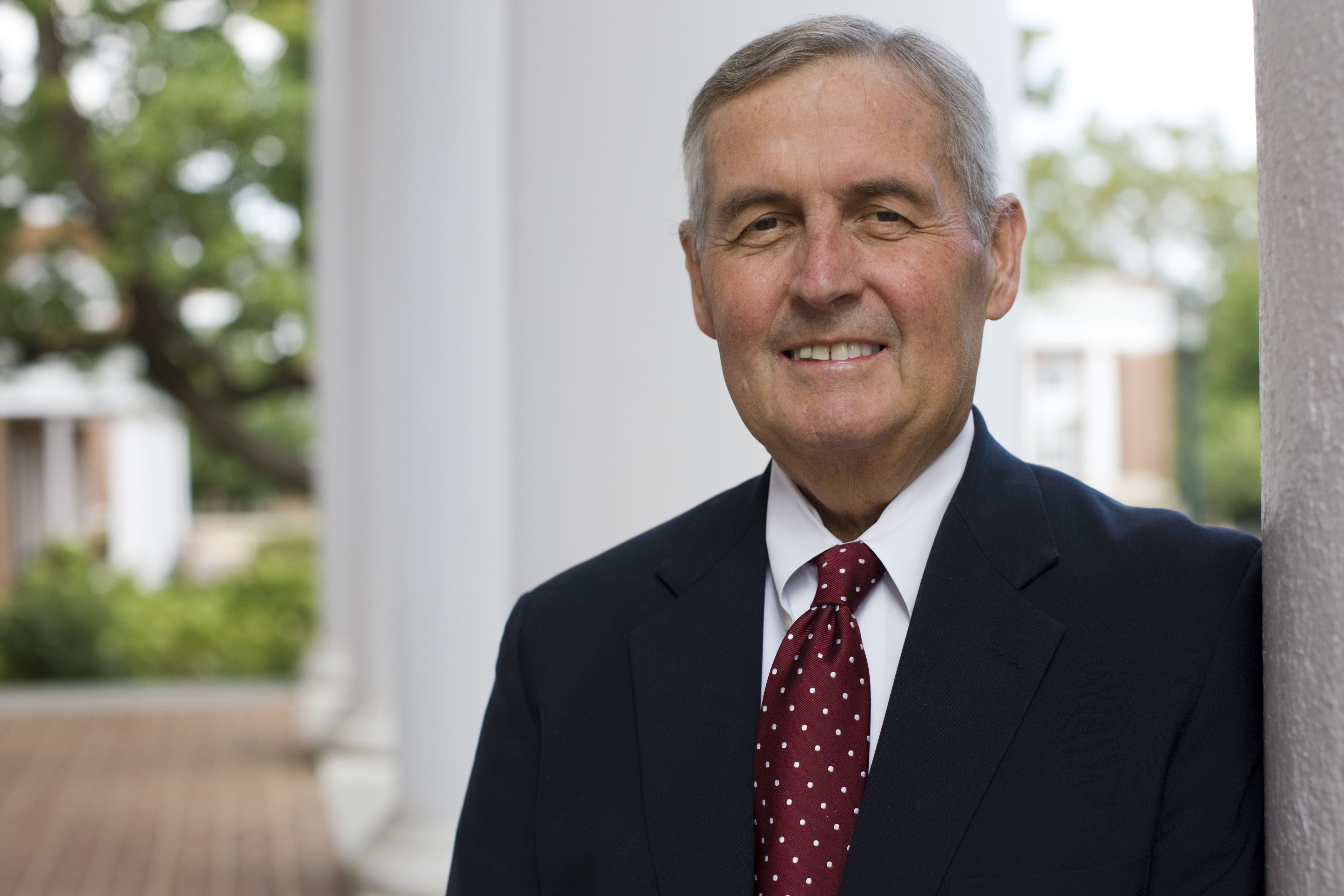 January 21, 2009 — John A. Blackburn, who as dean of admission at the University of Virginia since 1985 helped pave the way to a better life for thousands of minority and low-income students, died of cancer Tuesday at his home in Charlottesville. He was 67.

A soft-spoken, gentle man, Blackburn was known for his holistic admissions philosophy – one that viewed each potential student as a multi-faceted individual whose grades and standardized test scores were just pieces of a far larger puzzle. He looked for the talents and qualities each student would contribute as he built each incoming class of U.Va. students.

He saw that a student's background affected the validity of standard measures used to predict future success, said U.Va. President John T. Casteen III, who, as dean of admission, brought Blackburn to the University. He believed that a by-the-numbers approach "perpetuated disadvantage and often discrimination," Casteen said.

Blackburn was revered by friends and colleagues inside and outside the University for his integrity, loyalty and warmth. A recent behind-the-scenes campaign to endow scholarships in his honor for low-income students drew more than $1.5 million in just three months.

"For nearly a quarter-century, Jack Blackburn has selected the students for each year’s entering class with steadfast wisdom and uncommon integrity. He is one of the most respected and highly regarded deans of admission in the nation," said Casteen. "This scholarship will sustain Jack’s commitment and benefit future generations of University students."

Blackburn graduated from Western Maryland College in 1963 with a sociology degree and a U.S. Army ROTC commission as a second lieutenant. At the height of the Vietnam War, he served on the family notification detail at Fort Dix, N.J.

"Every morning, I'd have to knock on someone's door and tell someone that their son or their husband had died," he told a local newspaper last June. "When they'd come to the door, they would always know. I would watch people go through this horrible thing every day."

That memory sustained him during his battle with liver cancer, he said. "From then on, no matter what situation I was in, I could always tell myself, 'I've been through tougher things than this.'"

After his discharge, he earned a master's degree in student personnel management from Indiana University in 1968 and went to work as director of admissions at Mary Baldwin, a women's college in Staunton, Va.

Casteen hired Blackburn as associate dean in 1979, as U.Va. — one of the last flagship public universities in the nation to go fully coeducational — sought to bolster the ranks of women in its student body.

Blackburn's legacy will be his work in diversifying the student body of what once had been widely regarded as a school for white Southern gentlemen.

The number of women has increased during his tenure — they currently make up almost 58 percent of U.Va. undergraduates — as has the academic profile of the University, which U.S. News and World Report magazine has ranked in the top two among public universities for the past 12 years.

Blackburn was among the first deans of admission to actively recruit international students, a practice that was not allowed under Virginia law until the mid-1980s, Casteen noted. "He became a national leader in the undertaking, and in the process he built our global reputation," Casteen told U.Va.'s student newspaper, The Cavalier Daily, last year.

In the late 1990s, affirmative action in college admissions faced vocal and persistent challenges. Opponents alleged that efforts to build a diverse student body did not justify turning away qualified white applicants, and they threatened lawsuits against both U.Va. and Blackburn personally. Other schools and lawmakers bowed to their demands. Some at U.Va. wondered about the wisdom of resisting the pressure.

"Through depositions and articles and suits, I have never seen Jack ever hesitate one iota in his commitment to making the University a place that not only welcomes African-American students, but prepares them for future success," said Associate Dean of Admission Parke Muth. "He would talk in reasoned terms to anyone, but he would never back away from what he believed was right."

While fighting to maintain race-conscious admissions policies — a position upheld in 2003 by the U.S. Supreme Court — Blackburn also initiated or expanded several programs, including an outreach office within Admissions to encourage qualified African-American students to apply and accept admission offers. One result: U.Va.'s African-American students annually graduate at the highest rate of any public university in America.

In support of Blackburn's nomination for U.Va.'s Thomas Jefferson Award — the highest honor the University bestows upon a member of its community, which he received in October — Muth wrote, "Jack is as committed to this form of social justice as anyone I have ever met."

Out of the affirmative action battle rose another concern: a growing lack of economic diversity at the University. In the early part of this decade, U.Va.'s entering classes increasingly were becoming filled by children of the wealthy who had many advantages in their preparation for college. Blackburn was concerned that the University was perceived as unwelcoming to students from low-income backgrounds.

He worked behind the scenes, calling on the University to bolster its financial aid efforts and to abolish its early-decision admission process, which he felt provided undue advantage to students who could afford to commit to the University without first seeing a financial aid offer. Both reforms were eventually implemented.

"Both were announced from the President's Office, as is right, but these are not simply top-level initiatives that Jack was instructed to implement," four faculty members wrote in support of Blackburn's Thomas Jefferson Award nomination. "Jack had worked within the administration for years for both initiatives because he wanted to give an equal chance to all students from all socio-economic levels to benefit from and contribute to the University."

Again, Blackburn was not content merely to change policy. He traveled far and wide to promote the AccessUVa financial aid program, and toured with the admissions deans from Harvard and Princeton — two other national universities that abolished early-action programs — to deliver a message of accessibility.

"While some on Grounds were skeptical or cynical, Jack set about finding and admitting students that came from poor or lower-middle-class backgrounds," admissions counselor Ben Cullop wrote. "It is Jack who spent the night in cheap hotels after a night of recruiting. It is Jack who took guidance counselors out to dinner to prove to them we were serious, and it is Jack who believed in these students and offered them admission.

"When the story of AccessUVa is written, it is Jack who will bear the responsibility for its success."

Blackburn is survived by his wife of 45 years, Betty Blackburn; his sister, Dawn Blackburn Sobocinski of Wilmington, Del.; his daughter, Heidi Blackburn Helmers of Louisville, Ky.; his son, John Ashley Blackburn, Jr. of Lexington, Va.; and his four beloved grandchildren.

A memorial service will be held at 11 a.m. Saturday at Westminster Presbyterian Church at 190 Rugby Road in Charlottesville. A reception will follow at Alumni Hall, 211 Emmet St.

What it Means to Be a Cavalier Baseball Player END_OF_DOCUMENT_TOKEN_TO_BE_REPLACED