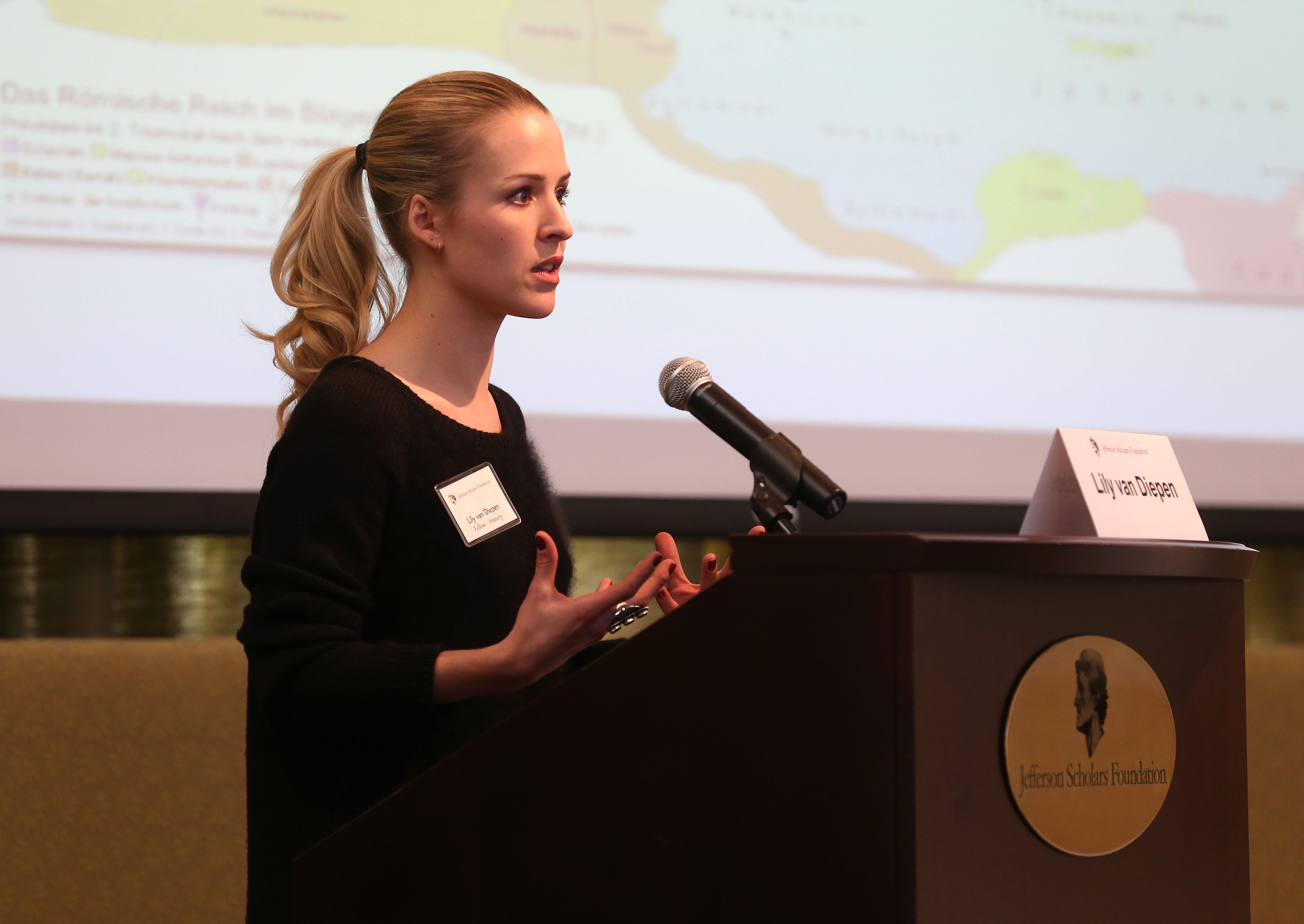 The Jefferson Scholars Foundation recently awarded prestigious Jefferson Fellowships to 21 incoming University of Virginia graduate students. The foundation selected the recipients based on their demonstrated record of academic achievement and their commitment to becoming the next generation of outstanding teachers, researchers, public servants and business leaders.

Thirteen of the 2016 Jefferson Fellows will pursue doctorates in the Graduate School of Arts & Sciences, one will pursue a Ph.D. at the School of Engineering & Applied Science and seven will pursue an MBA at the Darden School of Business.

“This year’s recipients represent a broad array of human inquiry, and all of us at the foundation are struck by the passion they bring not only to their studies, but also to distinguishing themselves as leaders in their various fields,” said Jimmy Wright, president of the Jefferson Scholars Foundation.

Jefferson Fellowships cover the full cost of attending UVA, plus the opportunity to work, teach and conduct research at the Jefferson Fellows Center, as well as the chance to participate in various cross-disciplinary enrichment programming.

Candidates for the merit-based fellowship undergo a rigorous selection process. Those competing in Arts & Sciences and Engineering first must apply for admission to the University. Nominations are then submitted to the Jefferson Scholars Foundation by departments. In all, 73 nominees were invited to Charlottesville this year to participate in a three-day competition, which included department visits, seminars, student symposia and interviews conducted by UVA alumni and faculty.

For Darden, the Jefferson Scholars Foundation reached out to more than 1,000 prospective business school applicants, all of whom scored in the highest percentile of the GMAT, encouraging them to submit an application. After careful review of the applications received, the foundation invited 27 candidates to attend a two-day competition in Charlottesville, which included a meeting with Darden Dean Scott Beardsley, a business case discussion led by Darden Professor Peter Rodriguez and interviews conducted by Darden alumni and faculty.

Ahead of Thanksgiving, Hoos Look Back With Gratitude END_OF_DOCUMENT_TOKEN_TO_BE_REPLACED

The Cavalier Marching Band Marches On – Even When Apart END_OF_DOCUMENT_TOKEN_TO_BE_REPLACED