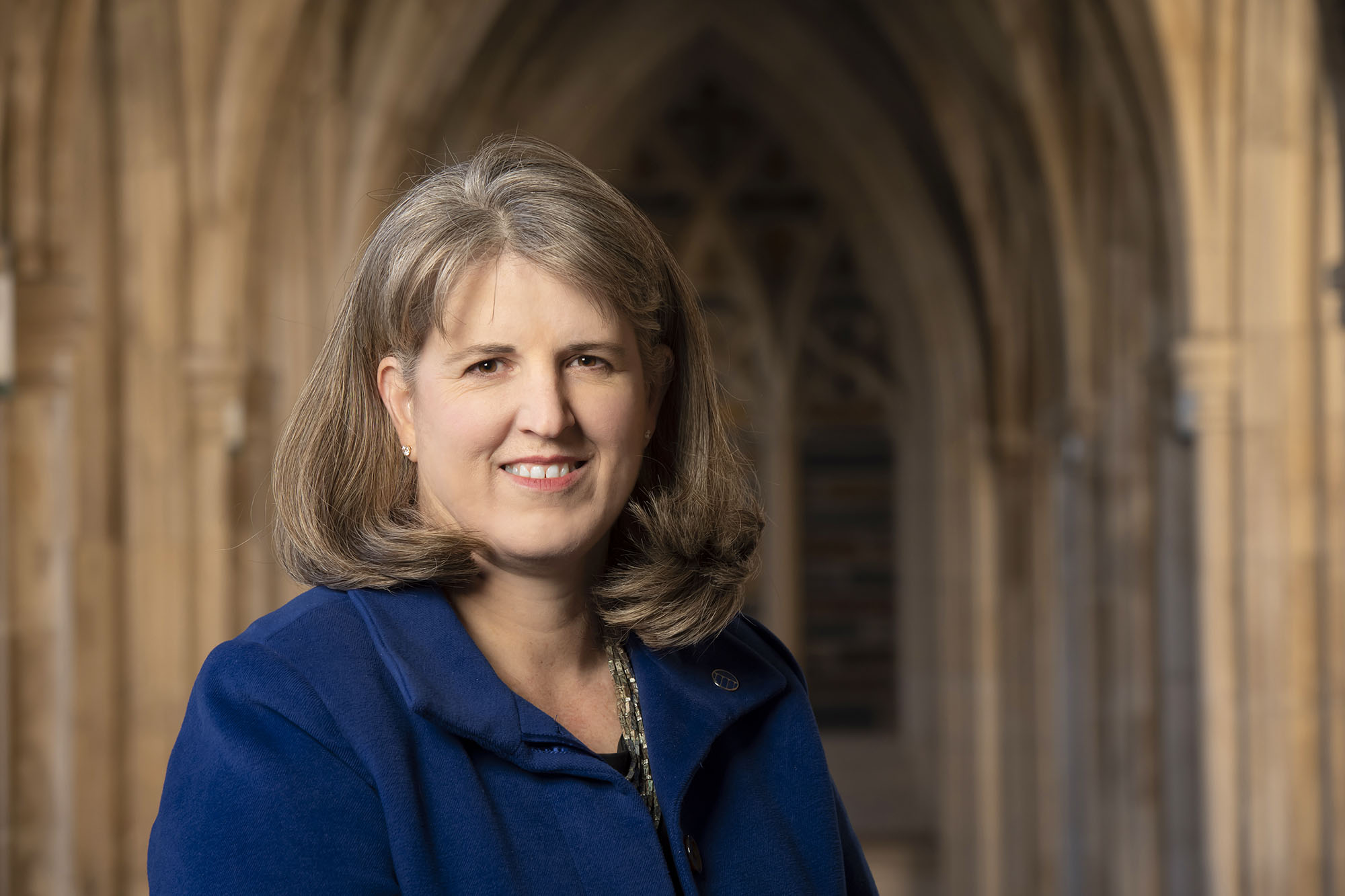 The University of Virginia today announced the appointment of Jennifer L. West as the 14th  dean of the School of Engineering and Applied Science, effective July 1.

West is currently the Associate Dean for Ph.D. Education and the Fitzpatrick Family University Professor in Biomedical Engineering and Mechanical Engineering & Materials Science at the Pratt School of Engineering at Duke University. West comes to UVA with a formidable record of accomplishment and experience as a transformational researcher, award-winning teacher and mentor, and inventor and entrepreneur, with 25 years of experience in engineering education and leadership.

She also will be the first woman to lead UVA Engineering in the school’s history.

“Jennifer’s accomplishments in research, teaching, and innovation are exceptional and, at the same time, she is a creative and bold leader,” said UVA Provost Liz Magill. “She is also nationally recognized as a change-agent in advancing diversity, equity and inclusion. She is well-poised to take our superb UVA Engineering to the next level.”

“I am deeply honored to have this opportunity to work in partnership with the esteemed faculty, staff and students at UVA to build the future of engineering,” said West. “Engineering at UVA has a culture that supports interdisciplinary collaboration and innovation and is committed to excellence in both research and education. I am excited to build on the incredible momentum in Engineering at UVA to maximize the impacts and prominence of the school.”

West has been a member of the faculty at Duke for the past nine years and has served as associate dean for the past six. As associate dean, West oversees the graduate program, budget and staff supporting over 600 doctoral students. The Ph.D. program under her direction dramatically increased in size, while also creating innovative professional development programming.

West has also led multiple initiatives to foster diversity and inclusion. The Pratt School has been recognized with a Bronze Award and Exemplar status by the American Society for Engineering Education’s Diversity Recognition Program.

West was previously on the faculty at Rice University, where she was the first faculty member hired to form the Department of Bioengineering. She was instrumental in developing curricula, hiring faculty, and overseeing fellowships and programming, helping to build the department to top-10 rankings for both graduate and undergraduate programs. While at Rice, West was integral in the development, planning and building of the Bioscience Research Collaborative, a 477,000-square-foot facility that allowed the faculty in bioengineering to be co-located along with key collaborative groups.

At Rice, West was named the Isabel Cameron Professor of Bioengineering and served as the director of the Institute of Biosciences and Bioengineering, where she fostered interdisciplinary research and education, and led the Bioengineering Department as chair before joining the faculty at Duke.

West has won numerous awards for teaching, research and mentorship, and her students go on to become leaders in academia and industry. Throughout her career, West has worked to make her labs and programs welcoming and inclusive, and she is known for mentoring women and underrepresented students. She has served as primary investigator on two National Institutes of Health graduate training grants, a National Science Foundation graduate training grant and an NSF undergraduate training grant. She has also previously led a program to bring high school students from Texas’ Rio Grande Valley to the Rice campus each summer for three weeks of college preparatory experiences and engagement in research, with many of these students continuing on in STEM at Rice, even to a PhD in engineering.

“One of the many, many factors that impressed us about Professor West is her long track record of efforts around diversity, equity, inclusion and a supportive culture,” said Kevin Skadron, chair of the search committee and Harry Douglas Forsyth Professor and Chair of Computer Science. “Throughout her career, she has been proactive in helping to build the STEM pipeline at the undergraduate, graduate and faculty level.”

“Dr. West is a thoughtful mentor and indisputable advocate for her students,” said Erika Moore, who attained her Ph.D. under West’s leadership at Duke and is currently the Rhines Rising Star Larry Hench Assistant Professor in Materials Science and Engineering at the University of Florida. “Pairing detailed insight with guiding supervision, Dr. West handles complex situations with sophistication and tact. Given her record of excellence and perseverance, I know the students at UVA will thrive under Dr. West’s leadership.”

West’s research focuses on the use of biomaterials, nanotechnology and tissue engineering, applying engineering approaches to studying biological problems and solving unmet medical needs. She is a highly respected leader in her field, with a publication “h-index” of 101 and national and international recognition for her contributions. The h-index is a measure of a scientist’s or scholar’s productivity as an author and the citation impact of their publications.

She has co-led the Center for Biological and Environmental Nanotechnology – an NSF Nanoscale Science and Engineering Center – and was principal investigator on the NIH-funded Texas Center for Cancer Nanotechnology. West has been active in innovation and entrepreneurship, with 19 patents that have been licensed to eight different companies, including two bioscience start-ups, Focal Inc. and Nanospectra Biosciences Inc. Nanospectra Biosciences, co-founded by West, is currently running human clinical trials of a cancer therapy she invented.

“All of us at Duke Engineering are thrilled for Jennifer, and grateful for her leadership of our doctoral programs as associate dean for Ph.D. education,” said Ravi V. Bellamkonda, dean of Duke University’s Pratt School of Engineering. “She is an amazing scholar and friend who has offered wise counsel to me always. We will miss her, and she will be sincerely missed by our students, as well – she has been generous with her time, cares deeply about their welfare and developed many innovative programs to ensure their success and increase the diversity of our doctoral programs. UVA is lucky to have Jennifer West as its next dean.”

West will succeed Craig Benson, who announced last year that he would be stepping down from his position as dean at the end of the academic year. He will remain on the faculty in the Department of Engineering Systems and Environment.

“I am grateful to Craig for his leadership of Engineering over the past six years, as well as for his advice and counsel,” said UVA President Jim Ryan. “Jennifer will build upon this work in the years to come. She has the ideal experience and academic strengths to propel Engineering to even greater success. Our thanks go to Provost Magill and Engineering Professor Kevin Skadron for leading the search, and to the entire committee for finding us an outstanding dean.”

West received her Bachelor’s of Science in Chemical Engineering from MIT in 1992, and her Master’s and PhD in Biomedical Engineering from the University of Texas at Austin in 1994 and 1996. West will be joined in Charlottesville by her husband, Brian West, a software engineer at Xometry Inc. They will happily welcome visits from their son, Scott, who will be away at college most of the year.

A Giant ‘Thank You,’ a Dose of Optimism and Bonus Good News END_OF_DOCUMENT_TOKEN_TO_BE_REPLACED