With ‘Jeopardy!’ as its Inspiration, This Alumni Company Aims to Connect Employees 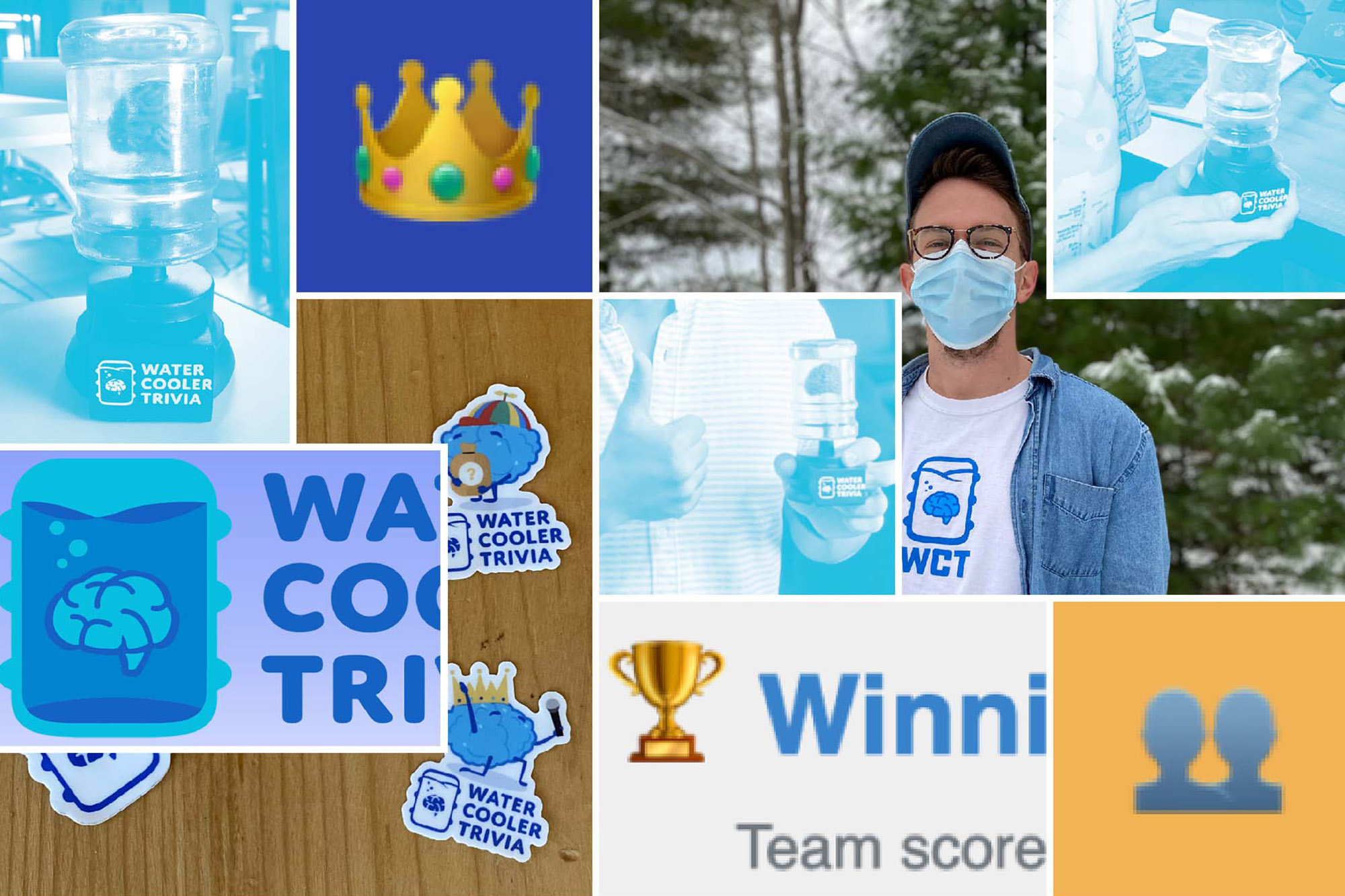 Since “Jeopardy!” host Alex Trebek died Sunday of pancreatic cancer , people from all walks of life have been sharing their favorite moments involving Trebek and the game show he helped make famous.

University of Virginia alumnus Collin Waldoch certainly has plenty of those to remember.

As one of six kids, Waldoch used to hustle home from school in suburban Chicago, often with a friend or two in tow, to catch the show that aired locally at 3:30 p.m.

What ensued was often quite intense. 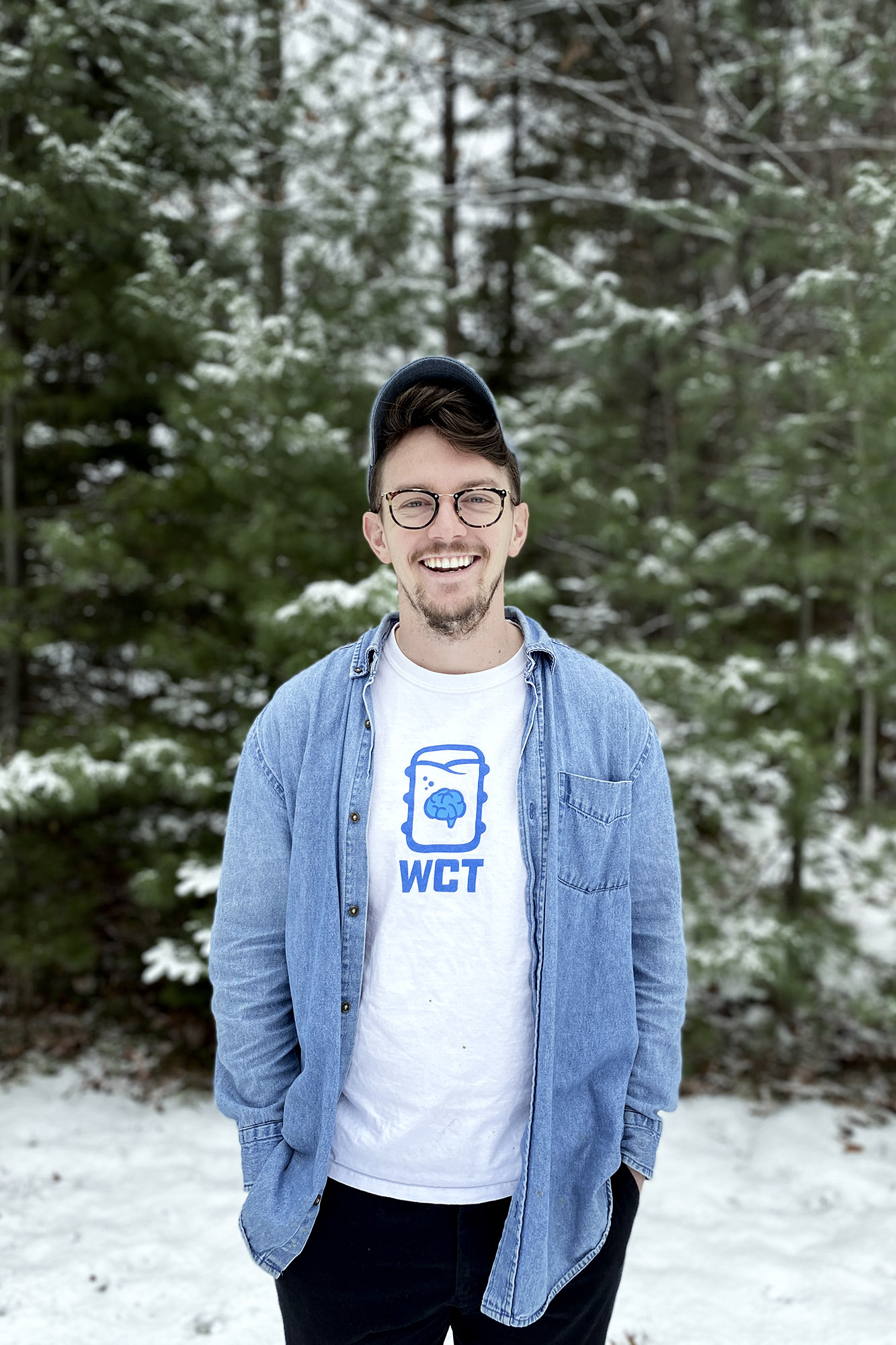 “We’d ‘keep score’ while we watched – and we were allowed to shout our answers before Alex Trebek finished reading the questions,” Waldoch said. “This often led to loudest-voice-in-the-room-wins situations, which quite frequently ended in laughter or thrown pencils.”

All these years later, Waldoch has turned his passion for trivia into a business.

“Everyone loves trivia, but there is a huge amount of logistics hosting trivia in an office,” Waldoch said. “You have to write the questions, grade the responses. And so we try to remove all of that for you, make your life super easy. It’s a way to have a weekly trivia contest with almost no work. You just hit ‘play’ the first time and then it’s weekly fun.”

That’s something that has been in demand during the pandemic.

While many companies across a wide range of industries have suffered since COVID-19 hit the United States, Water Cooler Trivia has experienced 700% growth, according to Waldoch.

Waldoch, Jones and Allen believe their platform has been a way for employees working remotely to stay engaged, to recreate missing “water cooler” conversations.

“As folks are working from home increasingly or with distributed teams, it’s easy to feel isolated and disconnected from routine,” Waldoch said. “And so we found that this is a way to really bring folks together. It’s something to talk about that’s not your job or your weekend plans each week. It’s a low-stakes, low-maintenance piece of office fun.”

The quizzes and results are sent out via email or over the business communication platform Slack, so there’s no need to install new apps or remember new passwords.

Every company that subscribes to the quizzes receives a bobblehead water cooler trophy. The idea is for the weekly winner to display the trophy on their desk during their “reign,” with the new winner taking it to their desk the next week.

“Unsurprisingly, this works better when folks are working together in person, but we’re looking into digital alternatives for the trophy as well,” Waldoch said.

Customization is one of Water Cooler Trivia’s big calling cards. Users are able to set how difficult they want the quizzes and which categories they want.

But what Waldoch said makes Water Cooler Trivia unique compared to other trivia products on the market is that it is a business-to-business product (rather than a business-to-consumer one) and is asynchronous.

“Most customers have a Monday-morning quiz that employees can answer all the way up until 7 p.m. that night,” Waldoch explained. “Then the results come the next morning. The schedule is super-customizable, but this ‘async’ nature in which folks can submit their answers when they have a few minutes free is a huge differentiator for us when most remote employees today have jam-packed calendars.”

Waldoch said Water Cooler Trivia uses a “hybrid human-computer approach” for grading submissions. This allows the weekly results to celebrate the “funniest wrong answer” and detail how someone knew the answer to the trickiest question, such as the lead character in the movie, “Slumdog Millionaire.”

“There’s always a story behind each trivial piece of knowledge,” Waldoch said.

After graduating from the McIntire School of Commerce in 2015, Waldoch – who majored in finance and economics – joined Bain & Company’s Boston office as a management consultant.

Two years later, he moved to New York to work for the public bikeshare system Citi Bike. When Lyft purchased Citi Bike in late 2018, he became a product manager at Lyft, where he continued working on bikeshare initiatives across the country.

Around that time, Waldoch started Water Cooler Trivia as a side project with Jones, a fellow McIntire alumnus, and Allen, a graduate of the UVA’s School of Engineering and Applied Science.

Jones, who played a bunch of trivia with Waldoch during their undergraduate days – they even hosted a regular trivia night together at a Corner bar – said several things excite him about the endeavor.

“Being able to work on a passion project with two close friends from school that makes money, but without the outside pressure of investors, is a real luxury,” said Jones, who graduated from UVA in 2014. “I also like that we’ve stuck true to the mission of simply trying to bring some fun to everyone’s workday for the sake of bringing the fun rather than trying to make some HR initiative that people loathe more palatable, and that it has been so well-received by our customers.

“The thing that most excites me is that it started as a fun-oriented passion project between a group of friends and it has been better received than we dreamed, which makes it feel like there is a long runway ahead of us.”

Waldoch, who has been working full-time for the company from Wisconsin for the last eight months, is certainly passionate when he talks about trivia.

A self-proclaimed “trivia nerd,” Waldoch still dreams of making a “Jeopardy!” appearance. He has made it to the final stage of auditions three times – twice for the teen tournament and once for the college championship while he was at UVA – but has yet to break through.

Alas, he’s hoping Water Cooler Trivia can get people excited about trivia the way “Jeopardy!” did when he was a kid.

“We want to grow the company into a beloved weekly ritual at tens of thousands of companies around the world,” he said.

Netflix to Add Ads. Why This Could Be a ‘Game-Changer’ for Your Viewing Experience END_OF_DOCUMENT_TOKEN_TO_BE_REPLACED

What’s Next for UVA’s Class of 2022? END_OF_DOCUMENT_TOKEN_TO_BE_REPLACED