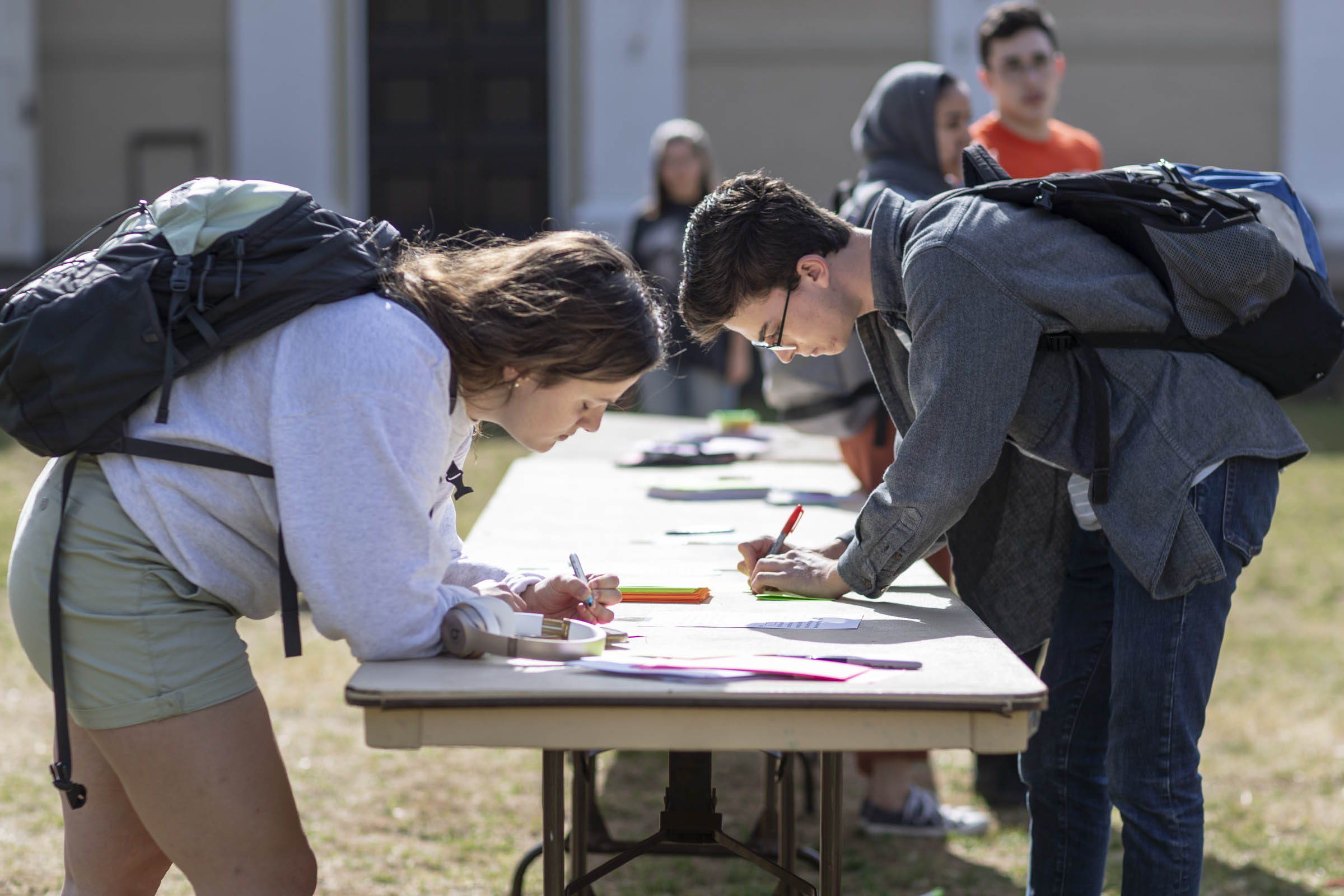 Students and members of the University of Virginia community came together Wednesday afternoon to honor the victims of the Tree of Life synagogue shooting in Pittsburgh, the deadliest attack on Jews in U.S. history.

A letter-writing event was held in the McIntire Amphitheater and hosted by the Brody Jewish Center of the University of Virginia to remember the 11 people killed in Pittsburgh.

Truman Brody-Boyd, who chairs UVA’s Jewish Leadership Council, said immediately after Saturday’s attack, members of the Jewish community at UVA knew they wanted to do something to honor their brethren in Pennsylvania.

“One of the first ideas that was brought up by Jewish students and myself was a letter-writing campaign,” he said. 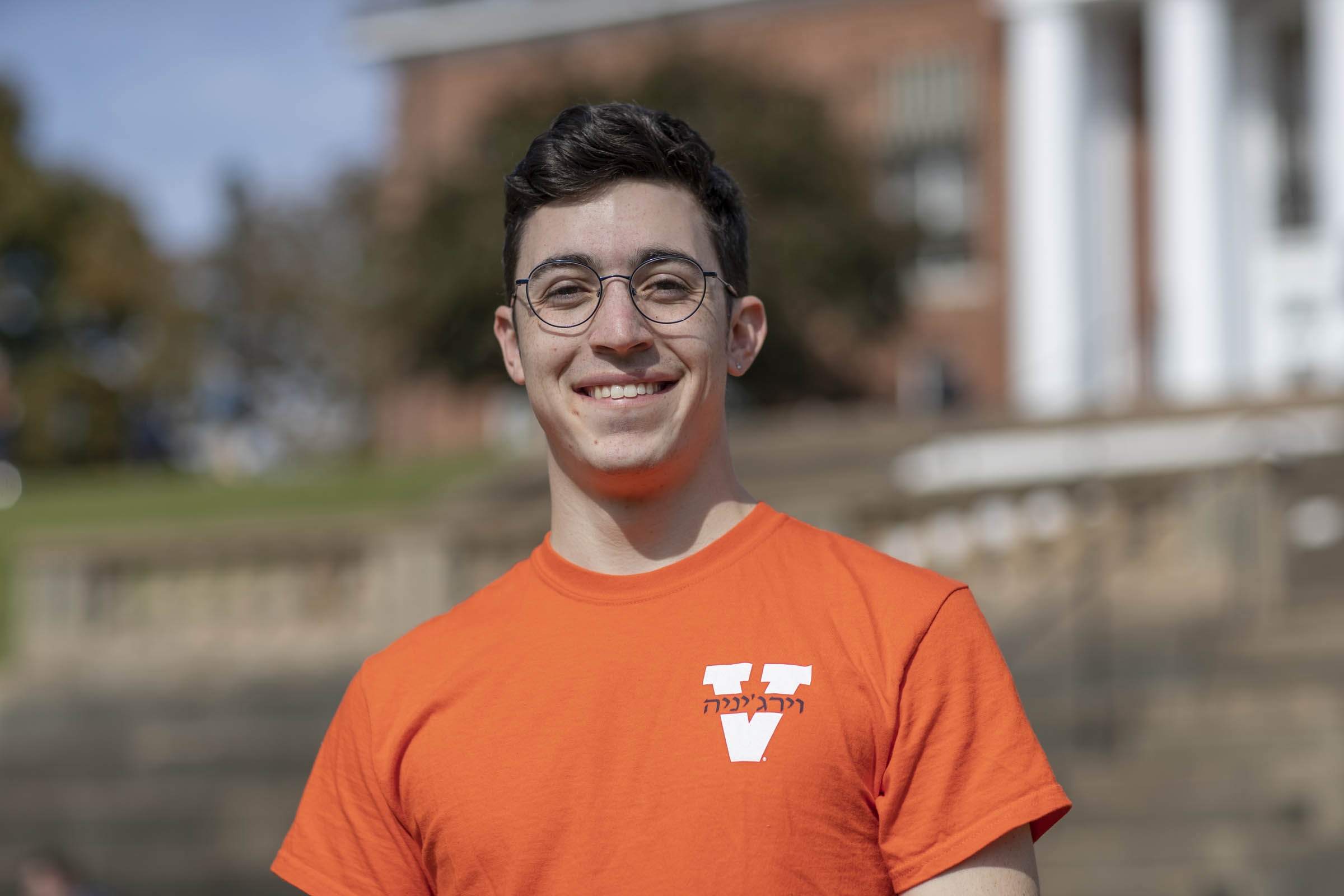 In the wake of the Aug. 11 and 12, 2017 violence in Charlottesville, which included a torch-lit march on Grounds by white supremacists spewing anti-Semitic chants, “the Brody Jewish Center here at the University received an incredible number of letters of love and support from around the country and around the world,” Brody-Boyd said. (UVA recently issued 10 trespass warnings to individuals involved in the violence.)

“We wanted to pay that incredible act of kindness forward. I think it meant a lot to the Jewish students who call UVA home,” he said. “We want to bring just a little bit of joy and support and solidarity to the Pittsburgh community.”

Danielle Buynak, a staff member at the Brody Jewish Center, said she saw a lot of students and did a lot of talking and listening. She said she had “heard everything, from anger to sadness to ‘How do I mobilize?’” 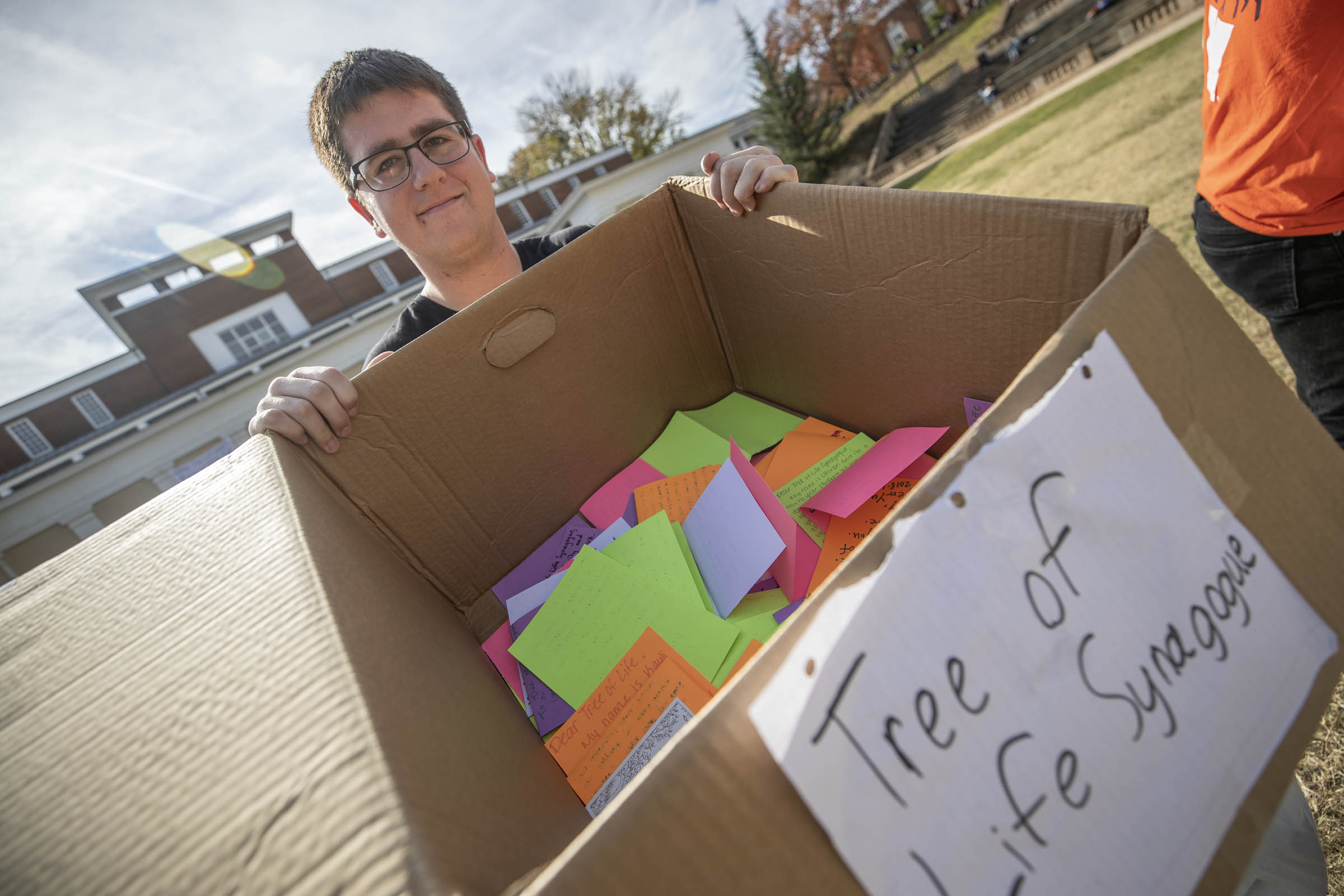 Zoe Sadugor said she came out to write a letter because “the Jewish community here has been so incredible to me in each and every way. The tragedies of this weekend really struck me hard,” she went on, “and to be able to show our support to Pittsburgh as a community has been really incredible.”

Sadugor said she wrote to the Tree of Life synagogue expressing her condolences and letting the members know “that they are loved and supported and thought of, even in Virginia.”

The letters will be delivered to the synagogue, Jewish communities at colleges in Pittsburgh and to the Pittsburgh Police Department. 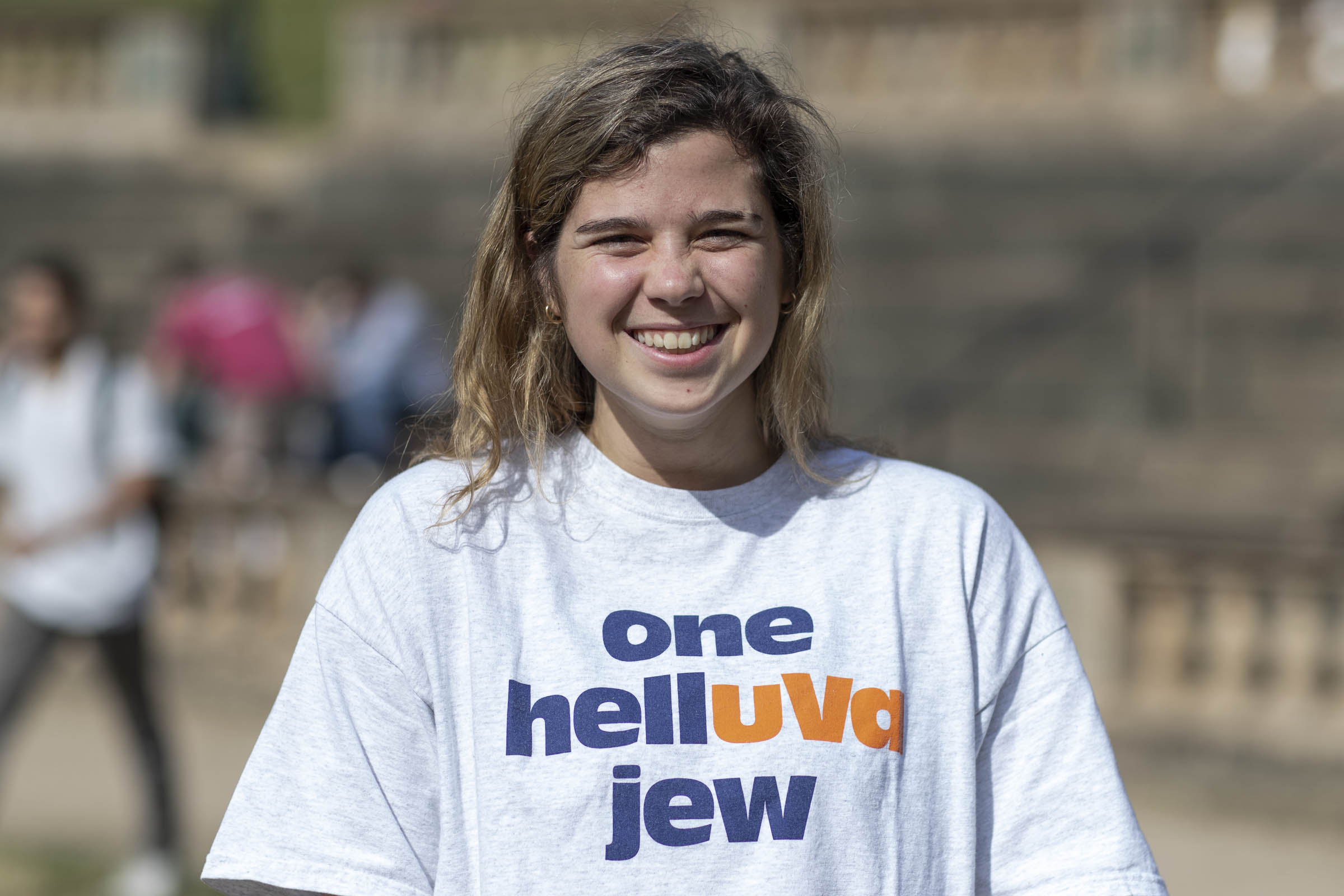 The letter-writing event is part of a week of activities organized by UVA students. Thursday, there will be a fundraiser for the Tree of Life synagogue and the Anti-Defamation League. Students will sell wristbands in the amphitheater.

Friday, there will be an abbreviated service at the Brody Jewish Center in lieu of normal Friday evening Shabbat services.

On Saturday, a Havdalah service will be held in the McIntire Amphitheater at 7 p.m. The traditional Jewish ceremony will reflect on the week’s events, and offer a message of peace and love, with wishes for a healthy and peaceful week ahead. The public is welcome to attend any and all of the events.