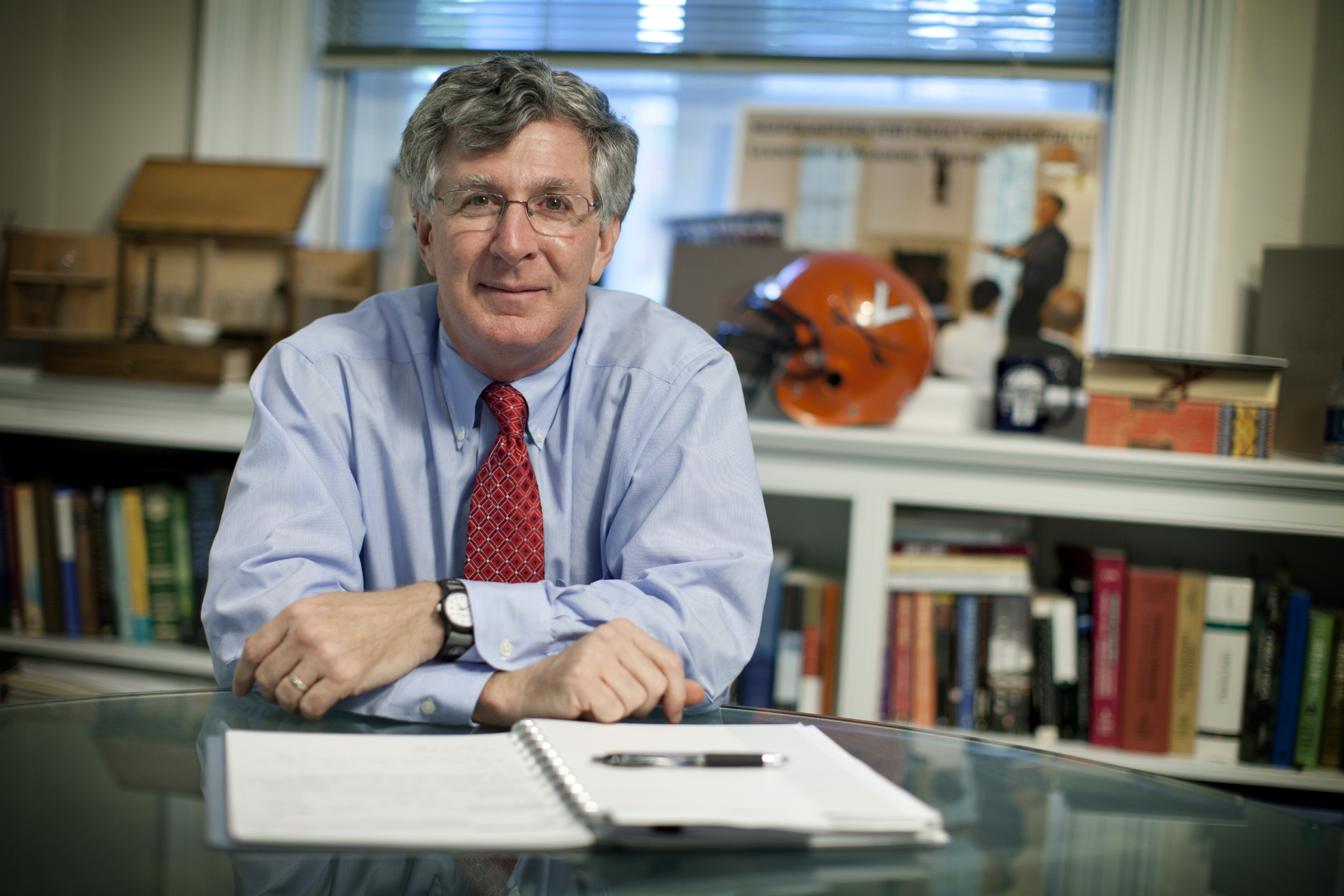 U.Va. Executive Vice President and Provost John D. Simon has been named the next president of Lehigh University.

University of Virginia Executive Vice President and Provost John D. Simon has been named the next president of Lehigh University, officials announced Friday. Simon, who has served as the chief academic officer at U.Va. since 2011, will assume the new post on July 1.

U.Va. President Teresa A. Sullivan praised Simon for his steady leadership and wise counsel during his tenure at the University.

“John Simon is a talented scientist and administrator who has earned respect and admiration across Grounds, in the larger University community and beyond,” Sullivan said. “John has an abiding commitment to academic excellence. Working in close collaboration with the faculty, staff, students and academic leadership, his support of our mission of teaching, research, patient care and service has positioned the University for even greater success. U.Va. is extremely grateful for his leadership and contributions, and we wish him the very best as he assumes the presidency at Lehigh University. He and Diane will be missed.”

Sullivan said she looks forward to working closely with Simon prior to his departure on the implementation of the University’s five-year strategic plan, the Cornerstone Plan.

Simon expressed his deep affection for the University and appreciation for the opportunity to serve as its provost.

“The University of Virginia holds a unique and special place in the history of higher education in the nation and the world,” Simon said. “I will be forever grateful to the talented faculty, students and staff with whom I have had the privilege to work at this storied institution. There is incredible positive momentum at the institution due in large part to the vision outlined in the Cornerstone Plan and the leadership of President Sullivan, her senior leadership team and the deans at the eleven schools. I look forward to continuing this important work over the next nine months. The future holds great promise for U.Va., and U.Va. will always hold a special place in my heart.”

Simon was selected by Lehigh following an extensive nationwide search. Lehigh officials cited Simon’s “record of success as a visionary leader in higher education” and his achievements “at the highest levels as a scholar, as an administrator, and as a dynamic leader.”

“It comes as no surprise that Lehigh would want someone of John’s character and talent at the helm of the institution,” Martin said. “Over the past three years, the Board of Visitors has relied on John’s knowledge and expertise as we have worked with the administration to advance excellence at this great institution. His stewardship of the academic enterprise has been nothing short of tremendous, and we are truly indebted to him for his extraordinary service.”

Sullivan said a search will be organized soon to help identify candidates to serve as the University’s next provost.

The Lehigh University announcement regarding Simon’s appointment as president is available online.

As U.Va.’s provost, Simon is responsible for the academic administration of each of the 11 schools, as well as its library system, art museums, public service activities and foreign study programs. In all, Simon oversees the academic activities of 2,200 instructional and research faculty, 14,500 undergraduate students and 6,500 graduate students, and manages a budget of $1.4 billion.

Prior to joining U.Va., Simon was the vice provost for academic affairs at Duke University, where he was responsible for overseeing Duke's strategic planning and for nurturing campus-wide academic initiatives to connect the humanities, social sciences and sciences. Prior to serving as vice provost, he chaired Duke's chemistry department for five years. He joined the Duke faculty in 1998 and a year later was named chair of the chemistry department. Previously, Simon spent 12 years working his way through the academic ranks at the University of California, San Diego.

Simon has written more than 250 publications and three books. Highlights of his awards include the Presidential Young Investigator, 1985-1990; the Alfred P. Sloan Research Fellow, 1988-1990; and the Camille and Henry Dreyfus Teacher Scholar, 1990-1995. He is a fellow of the American Association for the Advancement of Science and the American Physical Society.

He earned his bachelor's degree from Williams College in 1979 and his master's and Ph.D. from Harvard University in 1981 and 1983, respectively.

Simon’s wife, Diane Szaflarski, holds a faculty position in the U.Va. School of Nursing. She will continue on the faculty for the next year. They have two teen-age sons.

Should Alcohol Have Warning Labels About Cancer Risk? Most Americans Say ‘Yes’ END_OF_DOCUMENT_TOKEN_TO_BE_REPLACED