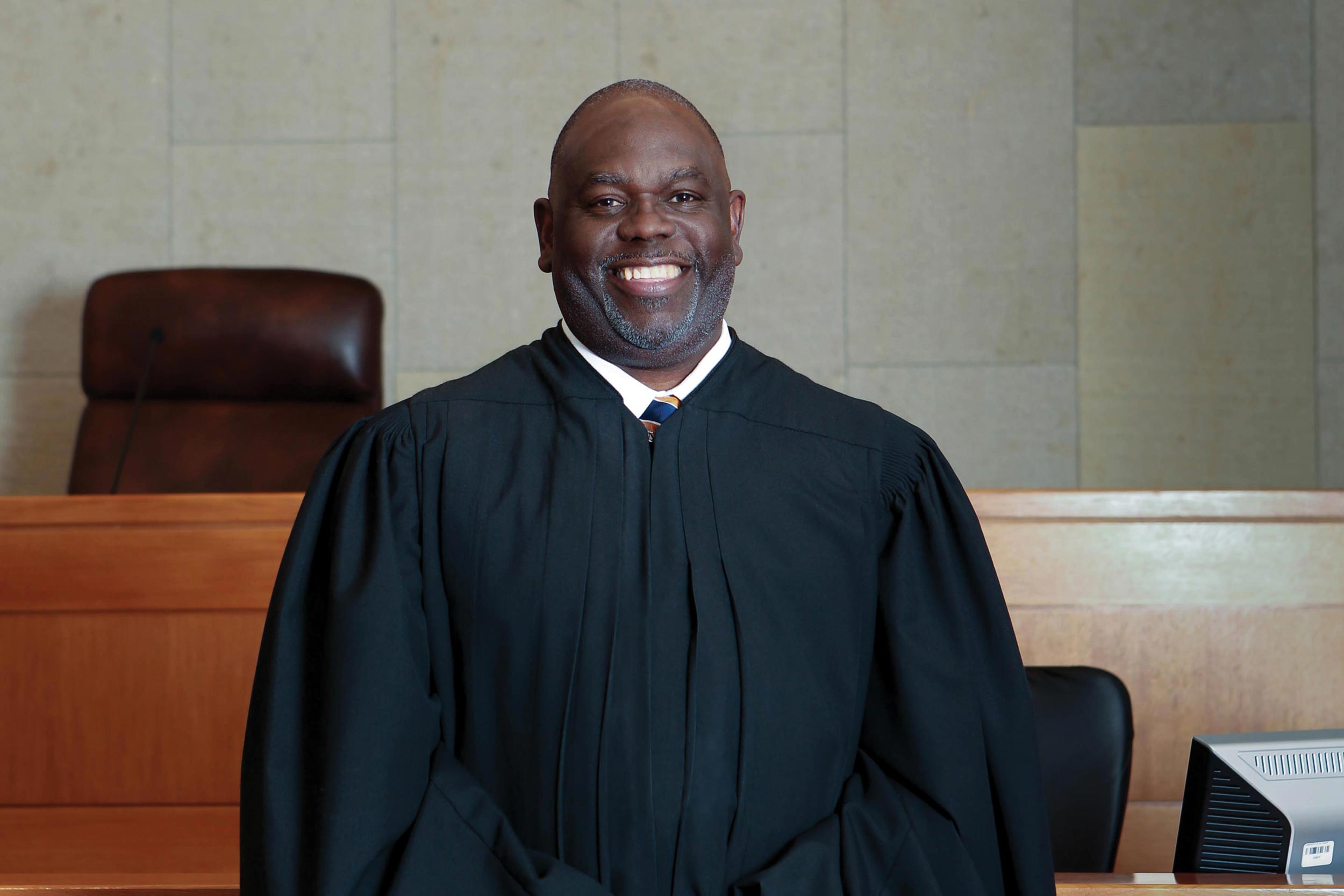 U.S. Judge Carlton W. Reeves, a 1989 graduate of the University of Virginia School of Law, has been named this year’s recipient of the Thomas Jefferson Foundation Medal in Law.

“Judge Reeves is an exemplary public servant whose decisions have reached well beyond his seat in Mississippi,” School of Law Dean Risa Goluboff said. “His opinions elucidate the law through powerful reasoning and a deep humanity that gets to the heart of the issues at stake.”

The judge will give a talk to mark the occasion on April 11 at 2:15 p.m. in the Law School’s Caplin Auditorium.

Reeves, a native of Yazoo City, Mississippi, has served for almost a decade on the U.S. District Court for the Southern District of Mississippi, where he has ruled in a number of important cases, including those involving equality and civil rights.

He received his law degree from UVA’s School of Law in 1989, where he received the May Claiborne and Roy H. Ritter Fellowship in recognition of outstanding honor, character and integrity. Upon graduation, he clerked for Justice Reuben V. Anderson of the Mississippi Supreme Court and then served the court as a staff attorney before joining Phelps Dunbar L.L.P as an associate. He then served as assistant United States attorney, chief of the civil division for the Southern District of Mississippi, where he both supervised the daily trial and appellate litigation efforts of the attorneys and maintained an active trial docket. He served nationally on the Department of Justice’s Civil Chiefs Working Group and was awarded a Certificate of Commendation for outstanding performance and invaluable assistance in support of the activities of the Civil Rights Division of the U.S. Department of Justice.

Prior to his appointment to the federal bench, Reeves served as special master for the Hinds County Chancery Court, where he presided over cases concerning paternity, child support, child custody and visitation. He is a former president of the Magnolia Bar Association and Magnolia Bar Foundation as well as a commissioner of the Mississippi Bar Association. He has served on numerous boards and commissions, including the ACLU of Mississippi, Mississippi Workers Center for Human Rights, Mississippi Center for Justice, Mississippi Access to Justice Commission, Mississippi Center for Legal Services, Mississippi Capital Defense Resource Center, Mississippi Advisory Committee of the United States Commission on Civil Rights, College Savings Plan of Mississippi, the Jackson Urban League, Madison Yazoo Leake Family Health Center and the Greater Jackson Community Foundation. A Bencher in the Charles Clark Chapter of the American Inns of Court, Reeves is also a member of the American Law Institute and has served as an adjunct faculty member at Mississippi College School of Law and Jackson State University.

Reeves is the recipient of many honors and awards, including the Magnolia Bar’s highest honor, the R. Jess Brown Award, and its Alfred H. Rhodes Jr. Service Award, the Mississippi Bar’s Curtis E. Coker Access to Justice Award and the Hinds County Bar’s Pro Bono Award, as well as the Brown, Young & Hall Award of the Jackson Branch NAACP. A fellow of the Mississippi Bar Foundation, Reeves was named the Mississippi Association of Justice’s Distinguished Jurist of the Year (2014-15), and was honored as Mississippi State University Department of Political Science & Public Administration and the Pre-Law Society Distinguished Jurist Award (2016).

A Year We Will Never Forget: 2019-20 in Review END_OF_DOCUMENT_TOKEN_TO_BE_REPLACED

‘What Will You Carry With You?’ Remarks From UVA President Jim Ryan END_OF_DOCUMENT_TOKEN_TO_BE_REPLACED