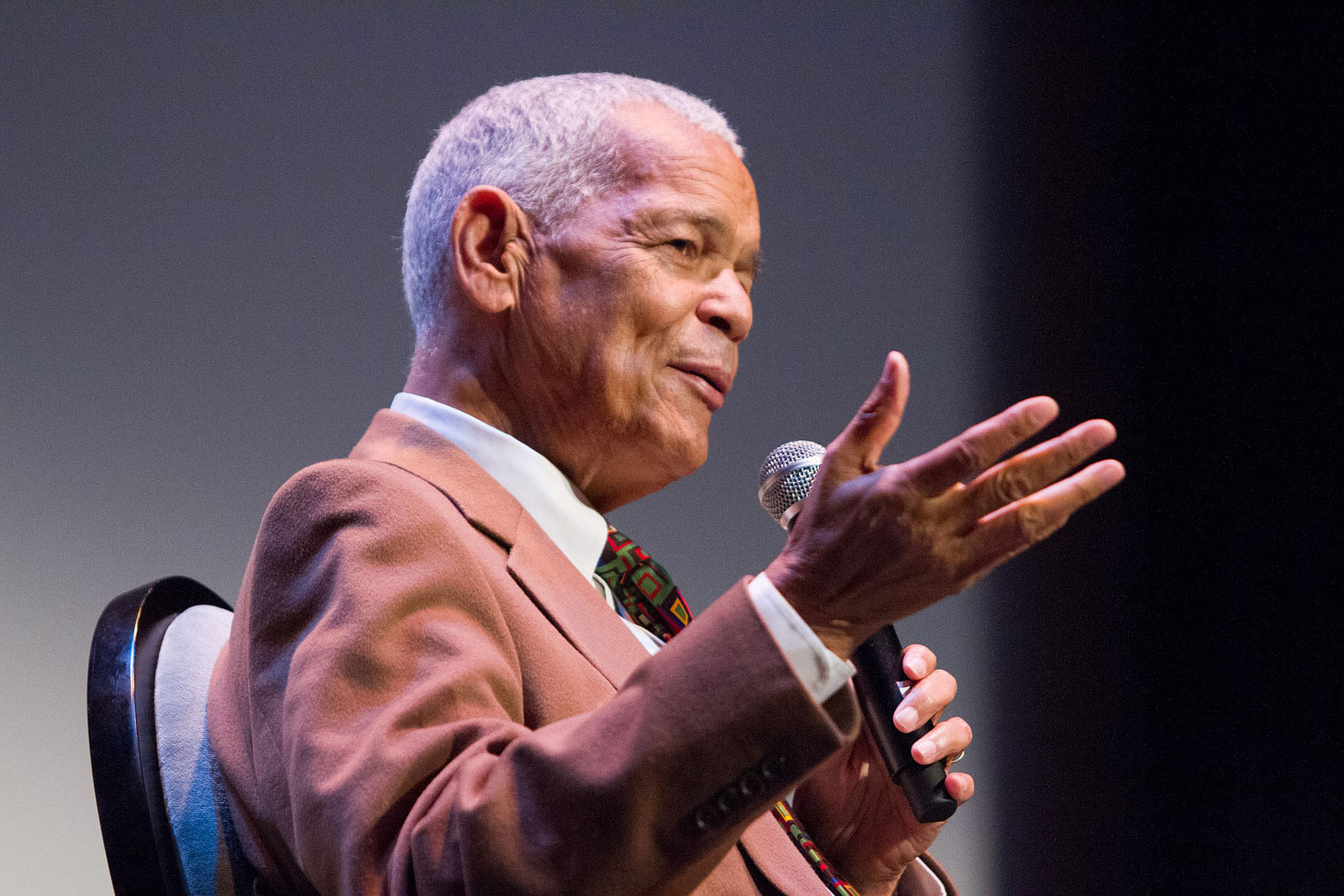 Many significant moments from the Civil Rights Movement have been chronicled in books and documentaries and celebrated in Martin Luther King Jr. Day celebrations. People have the opportunity to see where history was made by taking the University of Virginia’s Civil Rights South Seminar with one of the movement’s leaders, Julian Bond.

As the United States commemorates the 50th anniversary of the Voting Rights Act, enacted at the height of that movement, the renowned civil rights leader will take participants on a tour of some of its key landmark sites in the South. Sponsored by UVA’s College and Graduate School of Arts & Sciences, the Civil Rights South Seminar will feature a visit to Atlanta to stand in the pulpits where King inspired and launched a generation of nonviolent protesters, as well as stops in Alabama in Montgomery, Selma, Hayneville and Tuskegee, the sites of many high-profile moments in the Civil Rights Movement.

“The civil rights tour gives participants a chance to meet and learn from the people who made the movement and to visit the places where the movement was made,” said Bond, a history professor emeritus at UVA and one of the foremost leaders of the U.S. Civil Rights Movement, who helped found the Student Nonviolent Coordinating Committee. “They see and learn living history and come away from it with a better example of how our democracy was made.”

The tour, scheduled for March 21-27, marks the ninth year of the popular seminar, which offers participants an opportunity to hear firsthand the personal stories of Bond and other prominent civil rights organizers, such as Ambassador Andrew Young, a former aide to King, and Congressman John Lewis, the only surviving main speaker of the 1963 March on Washington.

“Julian Bond’s commitment to sharing this experience with a broad community is phenomenal, and the College and Graduate School of Arts & Sciences is excited about supporting its continuation,” said LaTasha Levy, a post-doctoral fellow in the College’s Carter G. Woodson Institute of African-American and African Studies and the academic liaison for the trip.

Levy called the seminar a rare opportunity to humanize the Civil Rights Movement in a way that no book or film can.

“To actually see the sites of struggle, and meet Civil Rights Movement veterans and hear their stories and reflections, inspires a deeper appreciation for this historical moment, but it also challenges us to confront contemporary issues around injustice and inequality,” Levy said. “The recent examples of mass protests in Ferguson, New York and other cities across the nation underscore the relevance of this history.”

As part of the seven-day tour, participants will march across the Edmund Pettus Bridge, following the footsteps of the thousands who marched from Selma to Montgomery for equal voting rights in the face of extreme violence and brutality. They will also visit key locales in Montgomery where the seminal bus boycott was planned and sustained to protest that city’s segregation of its public transit system.

“Our tour celebrates the 50th anniversary of the Selma to Montgomery March, which represents one of the best examples of ‘taking it to the streets’ in pursuit of justice,” Bond said.

For information about next year’s Civil Rights South Seminar, and to register, visit the seminar’s website.

A Year We Will Never Forget: 2019-20 in Review END_OF_DOCUMENT_TOKEN_TO_BE_REPLACED

‘What Will You Carry With You?’ Remarks From UVA President Jim Ryan END_OF_DOCUMENT_TOKEN_TO_BE_REPLACED