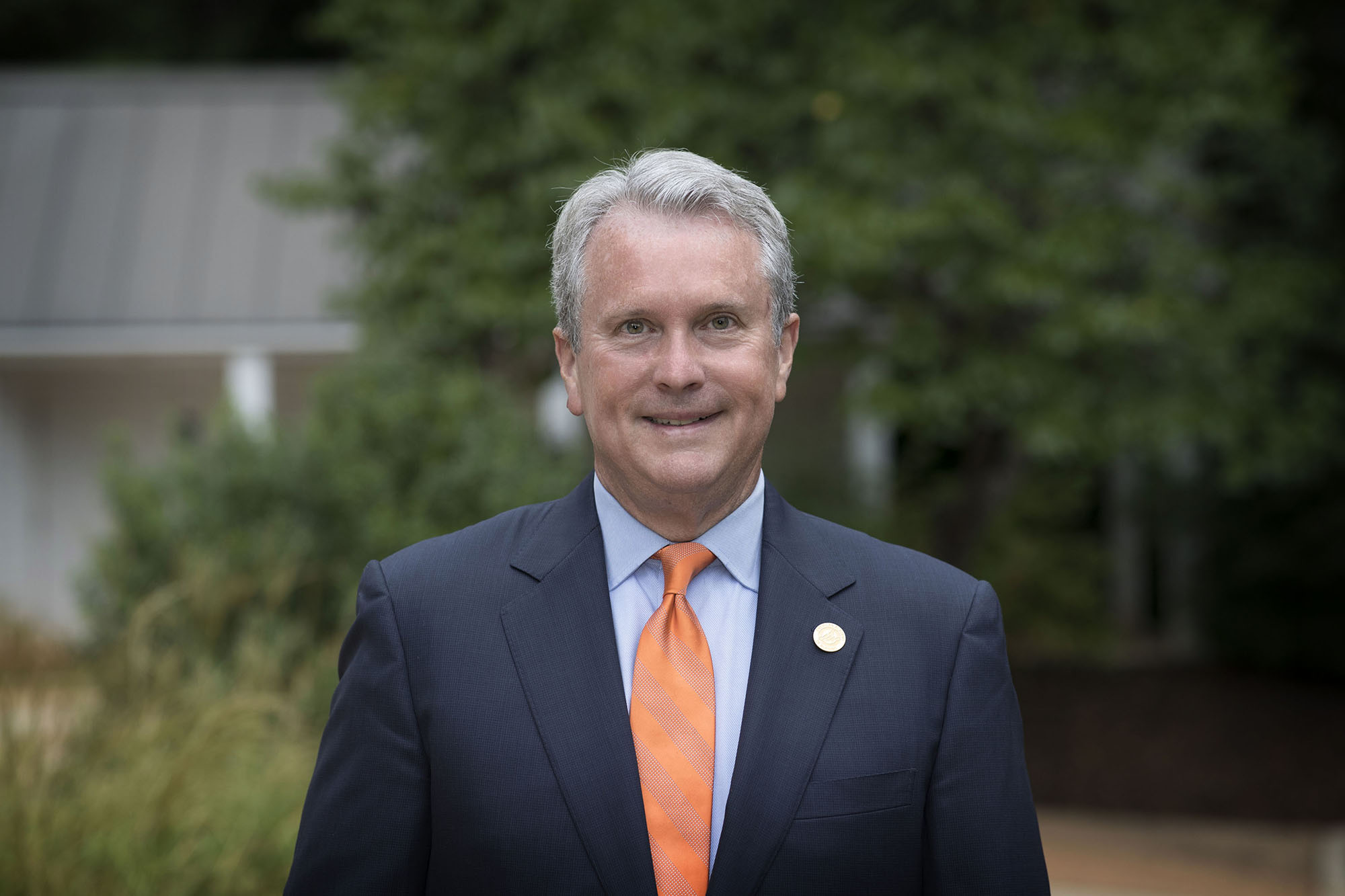 Kenneth R. White, associate dean for strategic partnerships and innovation at the University of Virginia’s School of Nursing, was voted as president-elect of the American Academy of Nursing at that group’s annual induction ceremony and policy conference in Washington, D.C.

White – a palliative care nurse practitioner at UVA Health, where he has maintained a weekly practice since 2013 – will serve as the academy’s president-elect through fall 2021, then assume the two-year presidency from 2021 to 2023, succeeding current president Eileen Sullivan-Marx, dean of the Rory Meyers College of Nursing at New York University.

He is the first UVA faculty member to lead the American Academy of Nursing. Currently, there are nine other Nursing School faculty members who are serving as presidents or are immediate past presidents of major regional and national nursing and health-care organizations.

The number of UVA nursing professors elected as fellows of the American Academy of Nursing has risen to 33, accounting for roughly half of the school’s full-time research faculty.

Inducted as an academy fellow in 2012, White served as an elected member of the academy’s fellow selection committee from 2014 to 2017, and was elected to its 10-member Board of Directors in 2017. As a board member, White helped formulate and execute the academy’s strategic plan, as well as guide its new diversity and inclusivity statement, which was revised in 2016. He chaired the organization’s annual policy conference for the past two years, which garnered record attendance.

“It’s an honor to serve at the helm of the academy,” White said, “and to continue the work of nursing giants who came before me. As the pre-eminent organization of nurse scholars, leaders and educators, I look forward to achieving new heights of impact and outcome to improve health and health care across the globe through innovation, advancement of nursing science and impact of health policy to achieve the best care possible for individuals and communities.”

The American Academy of Nursing is the profession’s most prestigious academic group, comprising approximately 2,700 fellows from around the world who are nurse leaders in education, management, practice, policy and research. The academy’s board aims to transform health and health care by influencing and impacting health policy, improving nursing practice and leadership, and spreading knowledge to benefit the nursing profession and, ultimately, improve the health and health care of patients and communities, from local to global.

White, an endowed professor at both UVA’s School of Nursing and Medical Center, holds joint academic appointments in the School of Medicine, Darden School of Business and McIntire School of Commerce.

In addition to being a nurse, White also has a long and successful career as a health care administrator. He was inducted as a fellow of the American College of Healthcare Executives in 1990 and elected to its Board of Governors in 2004 – the first nurse ever to serve as part of the group’s governing body. He was founding chair of that group’s LGBT Forum, and also served as associate editor for the Journal of Healthcare Management. In early 2019, White received the American College of Healthcare Executives’ highest honor, the Gold Medal Award, for his influence and service across the arc of his career.

Even as he has been tapped to serve on national nursing boards and committees, White has continued to teach, write, mentor students and care for patients at UVA. He directs the School of Nursing’s continuing education arm, and regularly speaks on inclusive palliative and end-of-life care, as well as on nursing leadership. He’s taught both leadership and palliative care courses to undergraduate and graduate nursing students at UVA since 2013, after two decades of teaching and health administration leadership at Virginia Commonwealth University’s College of Health Professions.

“Leading the American Academy of Nursing is a unique and esteemed opportunity in nursing,” said Pam Cipriano, dean of UVA School of Nursing. “Ken White has, for years, influenced the advancement of health care delivery and leadership nationally. As a highly accomplished clinician and educator, he will continue to be a strong voice advancing health policy through the academy’s work.”

White most recently is the author of “Boost Your Nursing Leadership Career” (2017), “Take Charge of Your Healthcare Management Career” (2015) and “The Well-Managed Healthcare Organization,” an award-winning textbook recently published in a ninth edition that has been translated into four languages.

A Year We Will Never Forget: 2019-20 in Review END_OF_DOCUMENT_TOKEN_TO_BE_REPLACED

‘What Will You Carry With You?’ Remarks From UVA President Jim Ryan END_OF_DOCUMENT_TOKEN_TO_BE_REPLACED