From Kitchens to Gravesites: Commission Explores History of Slavery at U.Va. 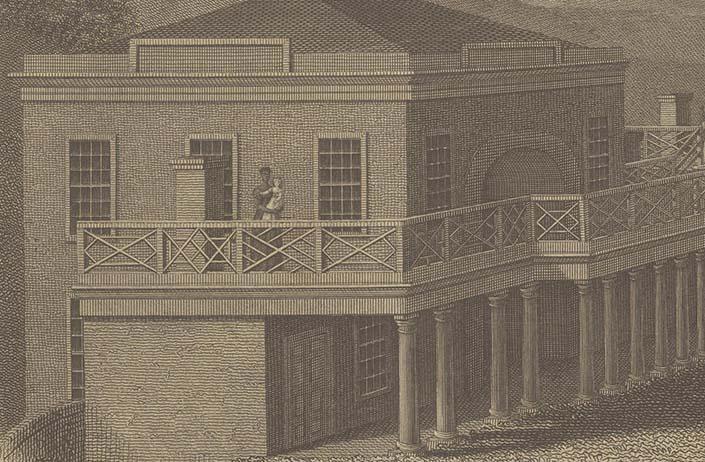 They laid handmade bricks and helped build the University of Virginia. They chopped wood and washed laundry, cared for white children and cooked meals for faculty and students. Enslaved laborers played vital roles in the University’s early decades.

In recent years, U.Va. has begun to address its historical relationship with slavery, as have other U.S. colleges and universities.

The commission has had a busy year: visiting slave sites on Grounds and in the area; hiring a new full-time research associate, Kelley Deetz, who will direct a thorough research program; forming local and national advisory boards; and planning a national conference.

The local and national advisory boards gave input on designing activities for the upcoming symposium. Some of those advisory board members – nationally recognized experts who have experience at their institutions on similar commissions – will participate in events.

“Universities Confronting the Legacy of Slavery,” to be held at U.Va. Oct. 16 and 17, will showcase some of the projects, including a commemoration of the African-American burial site on Grounds that was discovered in fall 2012; a walking tour of slave-related places in the Academical Village; and the presentation of a short documentary made by filmmaker Eduardo Montes-Bradley.

The symposium is free and open to the public, with preregistration. So far, more than 120 people have signed up to attend, and Martin said planners expect at least 200.

Alfred L. Brophy, a professor at the University of North Carolina School of Law, will give the keynote address, “Proslavery Political Theory and Jurisprudence before the Civil War at the University.” Brophy has written extensively on legal thought, race and property law in colonial, antebellum and early 20th-century America.

Panel discussions, with local and national participants, will explore what other universities have learned from confronting the legacy of slavery, with representatives from Brown University, Emory University, the College of William & Mary, the University of Alabama and the Massachusetts Institute of Technology.

Another panel will talk about what has been learned so far about slavery at U.Va., and includes Ben Ford of Rivanna Archaeological Services, who has worked on the U.Va. gravesite, and Ervin L. Jordan Jr., a research archivist at the University Library who has written about U.Va.’s early history.

In addition to hearing from its local advisory board, the commission has begun holding community engagement forums, inviting local residents’ suggestions on how the commission can better serve the Charlottesville-Albemarle community.

Monticello has spent 20 years on efforts to interpret slavery and the lives of the enslaved who worked there. Among the exhibits, one focuses on “Those Who Built Monticello.” Another, “Getting Word,” presents oral history interviews of descendants of former Monticello slaves. The project also links the personal stories about Monticello slaves to “newer stories about fighting for justice,” von Daacke said.

Archaeological excavations are ongoing at Montpelier, but so far have revealed the locations of original buildings adjacent to Madison’s house, including slave housing, a kitchen and a smokehouse where slaves worked.

At U.Va., Senior Historic Preservation Planner Brian Hogg led commission members through the basements of Hotel A, Pavilion X and several Lawn rooms and several other buildings – buildings still in use at the University from its earliest days that are believed to have been living quarters and work areas for slaves on Grounds. Some of these areas have been turned into offices, with large hearths used for cooking and heating still intact. Other basement rooms contain utility wires and pipes.

Documentary evidence on the “Crackerbox,” located behind Pavilion X, has confirmed that the building had a first-floor kitchen and slave dwelling on the second floor.

“The Hotels in the Academical Village were originally dining halls that included living space for the person the Hotel had been contracted out to and space for that hotelkeeper’s staff (largely slaves),” von Daacke wrote on the commission’s blog. “The basement of each Hotel included a kitchen room with a large fireplace for cooking and also two additional rooms that could have been used as living or storage space.”

Facilities Management is working on a Web map highlighting these places on Grounds, von Daacke said. Another idea the commission is looking into is creating an app for people to find the sites.

Relating the commission work to the Jeffersonian Grounds Initiative, which plans restoration of the Academical Village, Martin added, “When the Rotunda opens up in two years, we hope to have the full story of the University through interpretive, interactive media – including its history with slavery.”