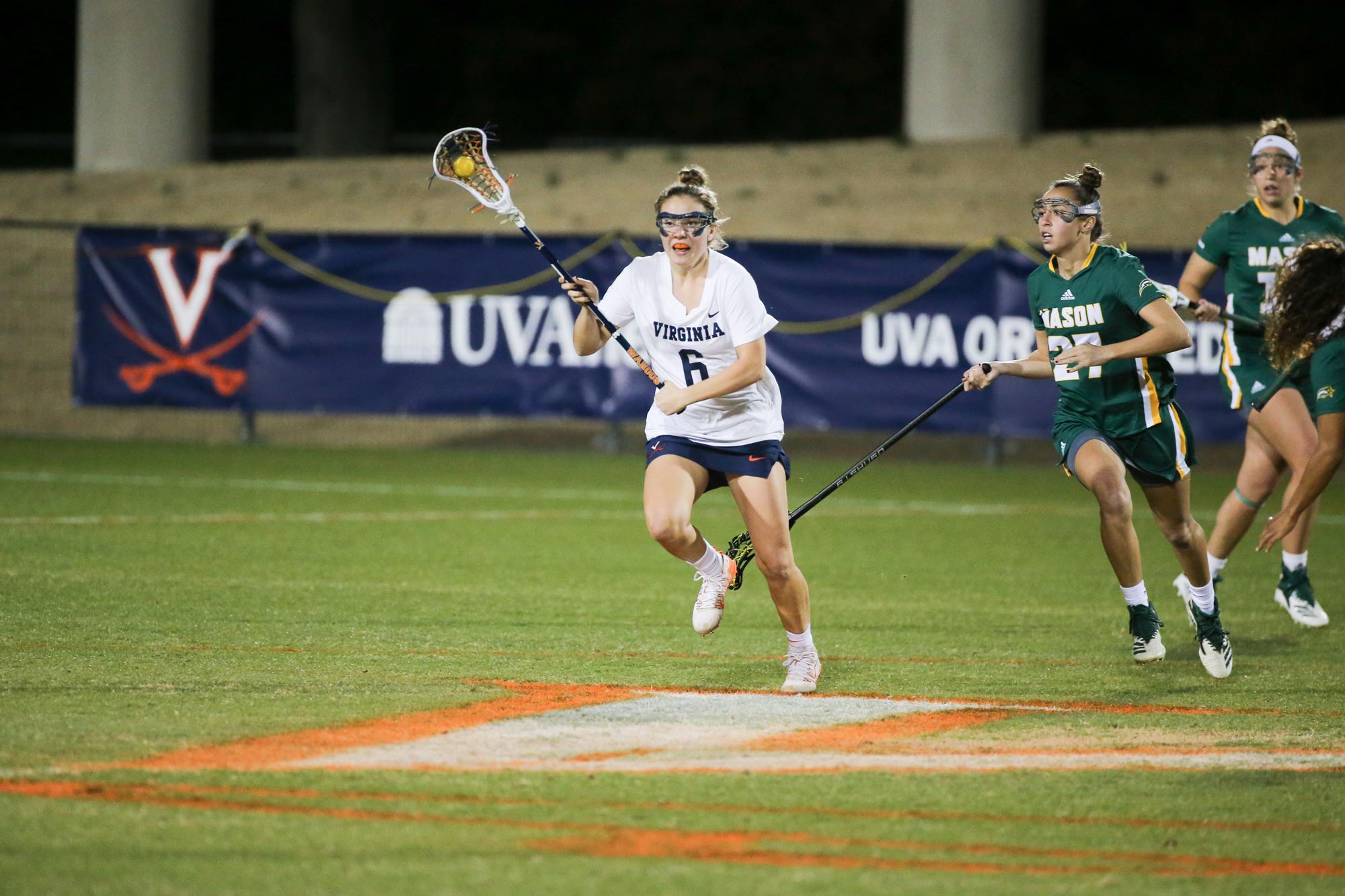 Sinnott, a School of Nursing student, has made the ACC Academic Honor Roll in each of her first three years. While maintaining the busy schedule of a student-athlete, Sinnott has performed several semesterlong clinical rotations at the UVA Medical Center.

She has a strong record of community involvement in the Charlottesville area, centered on working with young children. Sinnott is a leader with Team Impact, which connects children battling serious illness with college athletic teams, forming lifelong bonds and life-changing outcomes. She has also worked with various groups to bring lacrosse to young girls in the local community.

Sinnott graduated from Collegiate School in Richmond, where she captained both the field hockey and lacrosse teams and was a two-time U.S. Lacrosse High School All-American. She made the academic honor roll in all four years of high school and received Collegiate’s Outstanding Athlete award.

“What makes Gwin truly exceptional is her kindness, compassion and character,” UVA women’s lacrosse head coach Julie Myers said. “She would do anything for anyone; a teammate or coach, a classmate or patient, a total stranger. Her ability to connect with everyone regardless of age, sex, race and orientation, as well as her eagerness to listen, encourage and support, is second to none. She is an exceptional student, athlete and person, which makes me among the luckiest coaches at the University.”

One of the University’s most prestigious undergraduate awards, The T. Rodney Crowley Jr. Memorial Scholarship was established in 1991 to honor a rising fourth-year student who best exemplifies the qualities and characteristics of its namesake. Remembered as the consummate student, athlete, coach and friend, Crowley played varsity tennis each of his four years at Virginia and captained the team before competing professionally. After taking his degree from the College of Arts & Sciences in 1980, he coached the UVA women’s tennis team to a 15-9 season and state championship in 1981. Crowley was a member of Zeta Psi social fraternity, the Z Society and T.I.L.K.A. He died of brain cancer in 1991.

For further information, go to crowleyscholarship.com.

What Is the ‘4th Side’? END_OF_DOCUMENT_TOKEN_TO_BE_REPLACED