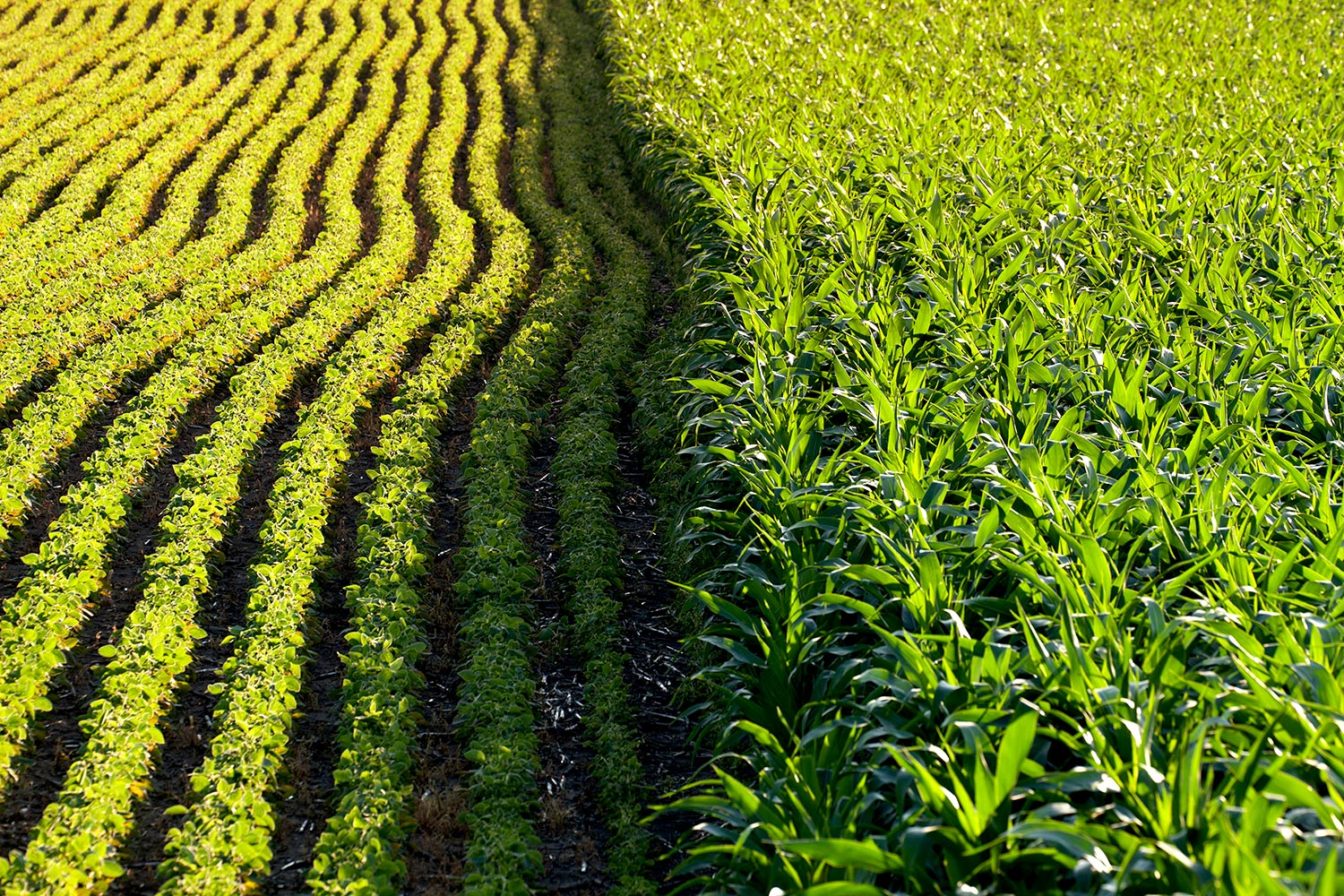 According to new research from University of Virginia economist Federico Ciliberto, widespread adoption of genetically modified crops has decreased the use of insecticides, but increased the use of weed-killing herbicides as weeds become more resistant.

Ciliberto led the largest study of genetically modified crops and pesticide use to date, alongside Edward D. Perry of Kansas State University, David A. Hennessy of Michigan State University and GianCarlo Moschini of Iowa State University. The four economists studied annual data from more than 5,000 soybean and 5,000 maize farmers in the U.S. from 1998 to 2011, far exceeding previous studies that have been limited to one or two years of data.

“The fact that we have 14 years of farm-level data from farmers all over the U.S. makes this study very special,” Ciliberto said. “We have repeated observations of the same farmers and can see when they adopted genetically modified seeds and how that changed their use of chemicals.” 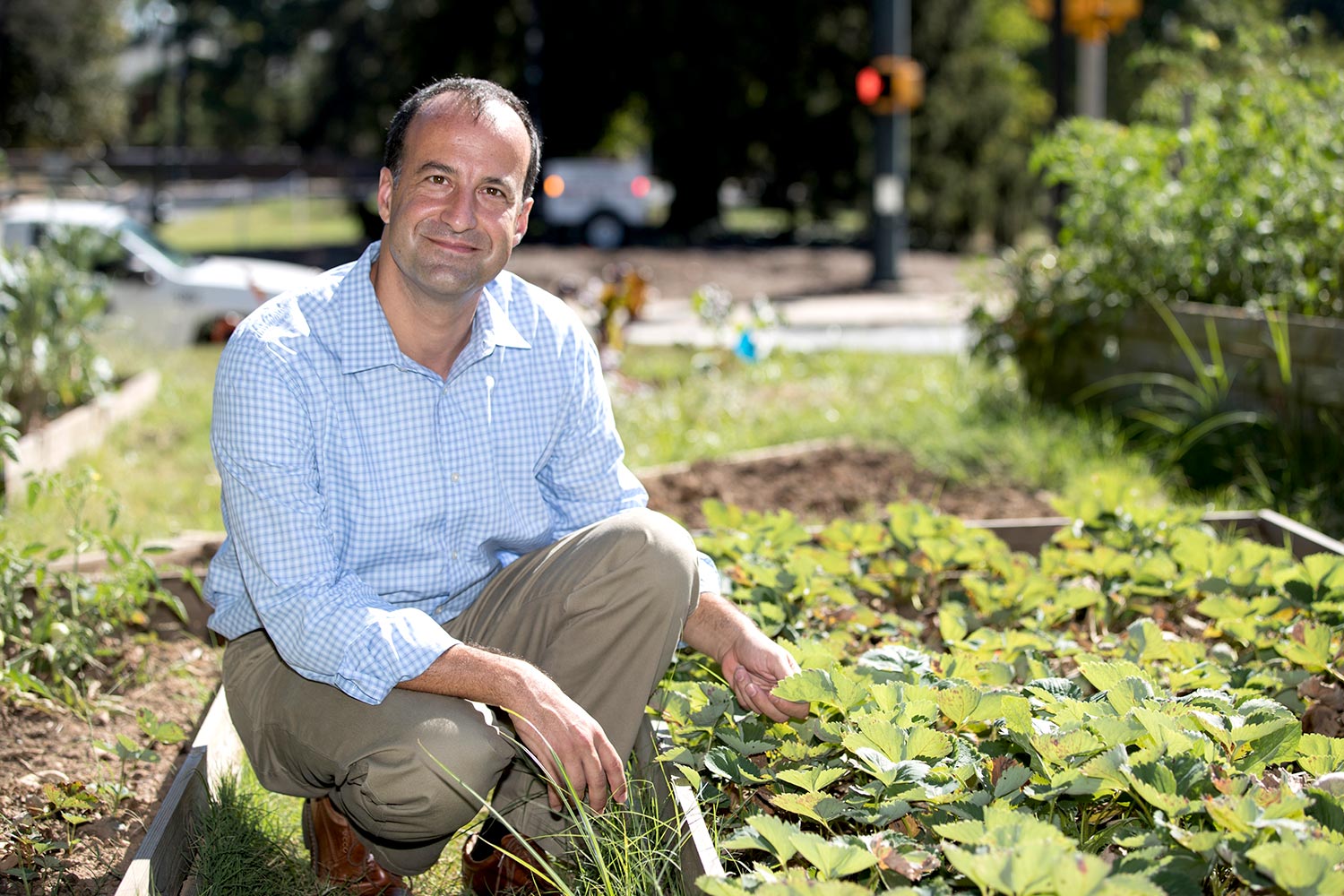 Since 2008, genetically engineered crops have accounted for more than 80 percent of maize and soybean crops planted in the U.S. Maize seeds are modified with two genes: one kills insects that eat the seed and one allows the seed to tolerate glyphosate, a herbicide commonly used in weed killers like Roundup. Soybeans are modified with just one glyphosate-resistant gene.

Soybean crops, on the other hand, saw a significant increase in herbicide use, with adopters of genetically modified crops using 28 percent more herbicides than non-adopters.

Ciliberto attributes this increase to the proliferation of glyphosate-resistant weeds.

“In the beginning, there was a reduction in herbicide use, but over time the use of chemicals increased because farmers were having to add new chemicals as weeds developed a resistance to glyphosate,” Ciliberto said.

Maize farmers, he said, have not yet had to address the same level of resistance, in part because they did not adopt genetically modified crops as quickly as their counterparts in the soy industry. However, the study did find evidence that both maize and soybean farmers increased herbicide use during the last five years of the study, indicating that weed resistance is a growing problem for both groups.

“Evidence suggests that weeds are becoming more resistant and farmers are having to use additional chemicals, and more of them,” Ciliberto said.

Insects do not appear to have developed a similar resistance, in part because federal regulations require farmers to have a “safe haven” in their fields that is free of genetically modified crops. Insects and worms in those safe havens have no need to develop resistance, and because they interact and breed with insects in other parts of the field, they help prevent the development of resistant genes.

Despite the decrease in insecticide use, continued growth in herbicide use poses a significant environmental problem as large doses of the chemicals can harm biodiversity and increase water and air pollution.

Ciliberto and his colleagues measured the overall environmental impact of the changes in chemical use that have resulted from the adoption of genetically modified crops, using a measure called the environmental impact quotient, or EIQ, to account for chemicals’ impact on farmworkers, consumers and the environment. Comparing adopters to non-adopters, they found little change in the impact on farmworkers and consumers. However, the adoption of genetically modified soybeans correlated with a negative impact on the environment as increased herbicide use also increased contamination of local ecosystems.

Overall, Ciliberto said he was surprised by the extent to which herbicide use had increased and concerned about the potential environmental impact.

“I did not expect to see such a strong pattern,” he said.

Monkeypox Is Spreading, But University’s Risk Believed To Be Low END_OF_DOCUMENT_TOKEN_TO_BE_REPLACED

This Alum Is Living His Best Life on the Road, One State at a Time END_OF_DOCUMENT_TOKEN_TO_BE_REPLACED

These Giant Wind Turbines, Inspired by Palm Trees, May Be the Future of Renewable Energy END_OF_DOCUMENT_TOKEN_TO_BE_REPLACED