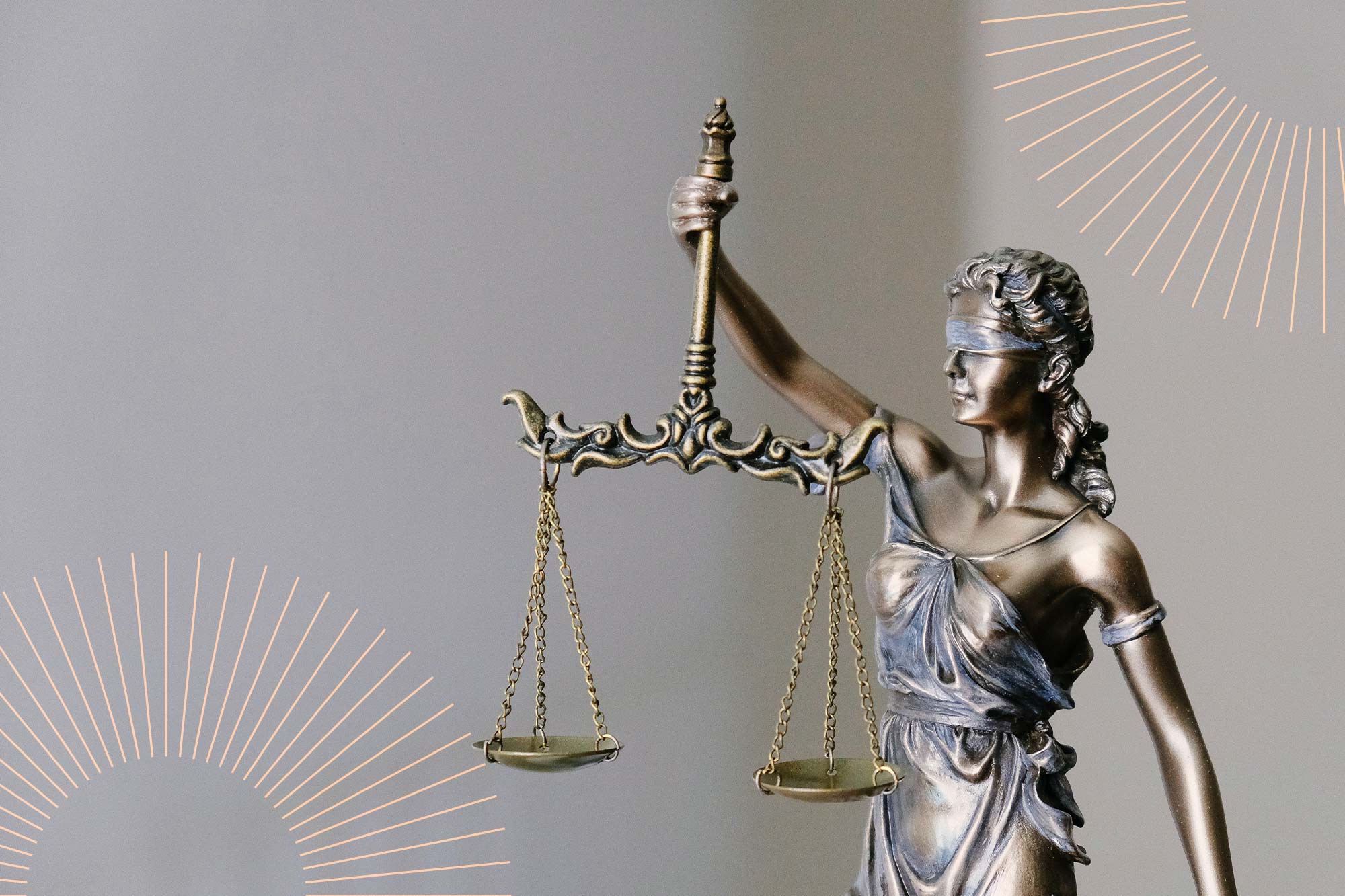 On Nov. 5, 2001, Gilbert Merritt III was sentenced to 30 years in prison for a murder that occurred the same day he nearly lost his own brother to a shooting. On July 11, more than 20 years later, the Innocence Project at the University of Virginia Law School succeeded in a multiyear effort to vacate the Norfolk man’s conviction.

Merritt spent two decades incarcerated because a detective with a track record of extracting false testimony through extortion and brute force was able to convince a woman facing significant prison time on drug charges to testify to crime details the detective would feed her. The woman, who became the star witness in the case, testified falsely at Merritt’s trial that Merritt had confessed to the murder.

In 2011, the detective, Robert Glenn Ford, was convicted of federal charges including extortion, conspiracy to commit extortion and making false statements. His criminal conduct took place, in part, during the time of Merritt’s investigation and prosecution.

“When a case involves Ford, that’s certainly a red flag, but we check each case that comes in fully to see if there’s merit to the person’s claims,” said professor Juliet Hatchett, associate director of the clinic. “This was one of the cases we received where we saw not only Ford’s involvement, but also what a weak and suspicious case it was from the beginning.”

In January, Merritt was released from prison on a conditional pardon, but he was not exonerated until this week. Merritt’s pardon and vacated conviction represent the third case in which the Innocence Project has been able to secure the release of an innocent man convicted through Ford’s involvement. Ford was also the lead detective in the cases of clinic clients Joey Carter and Kevin “Suge” Knight, who were recently pardoned as well. In both cases Ford coerced witnesses to fabricate false testimony against the defendants. Several other incarcerated people have also been exonerated in Ford cases. 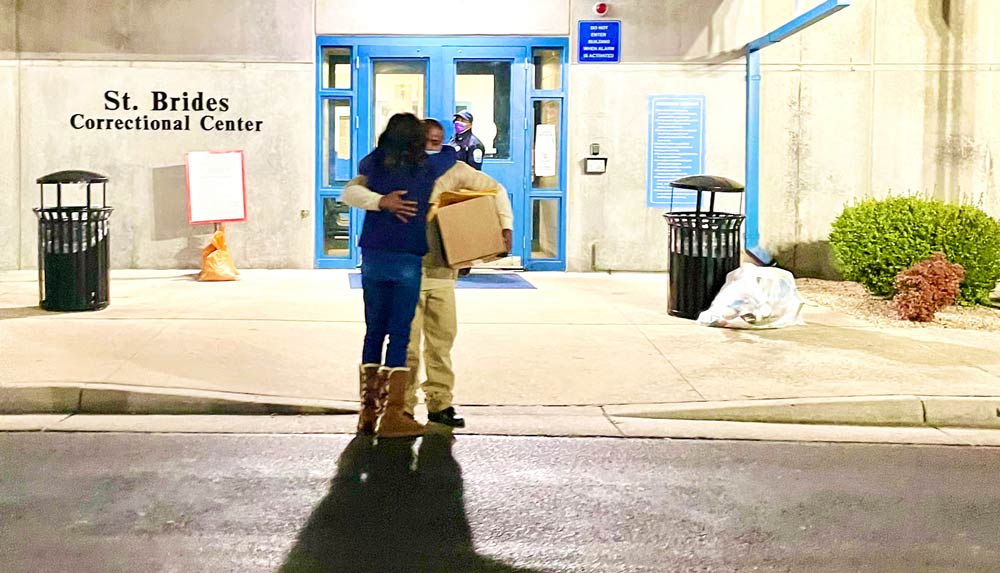 Gilbert Merritt III served 20 years on a murder conviction based on lies orchestrated by a corrupt Norfolk detective. His mother hugged him after his release from prison. (UVA School of Law photo)

There was no physical evidence linking Merritt to the murder, and he had an alibi: The moment the victim was shot outside a convenience store in Norfolk, Merritt was miles away, visiting his injured brother with family at Sentara Norfolk General Hospital.

Nonetheless, “Ford found a desperate and vulnerable witness to help him craft his case against Merritt,” Hatchett said. “But her incentivized testimony had many holes in it.”

The case caught the interest of Jim Neale, a 1998 UVA School of Law graduate. Neale is a litigation partner in McGuireWoods’ Charlottesville office who has worked on about a dozen pro bono prisoner cases, including a small handful from the Innocence Project. Hatchett and professor Jennifer Givens, the clinic’s director, had reached out to Neale for “30 minutes of advice” on the best way to depose Ford, with whom Neale was familiar from his prior work on another Innocence Project case.

Neale’s earlier work helped change Virginia’s habeas corpus law to allow future prisoners like Merritt to file habeas petitions years after their convictions, in cases where police or prosecutors have suppressed exculpatory evidence. Before the change, state habeas relief was almost entirely unavailable one year after the conviction became final, according to Neale.

“Five minutes into the call about Merritt’s case, they had me hooked – I told them I wanted to take Ford’s deposition,” Neale said. “Then I spent Saturday of Thanksgiving mapping out the prosecution’s case on a whiteboard, which raised a dozen questions I couldn’t answer: There was no physical evidence against Gilbert, he had an alibi, his supposed confession made no sense at all.”

The Innocence Project at UVA School of Law includes a yearlong clinic that students take for credit and extracurricular student pro bono efforts. Through the project, students investigate and litigate wrongful convictions of inmates throughout the commonwealth. 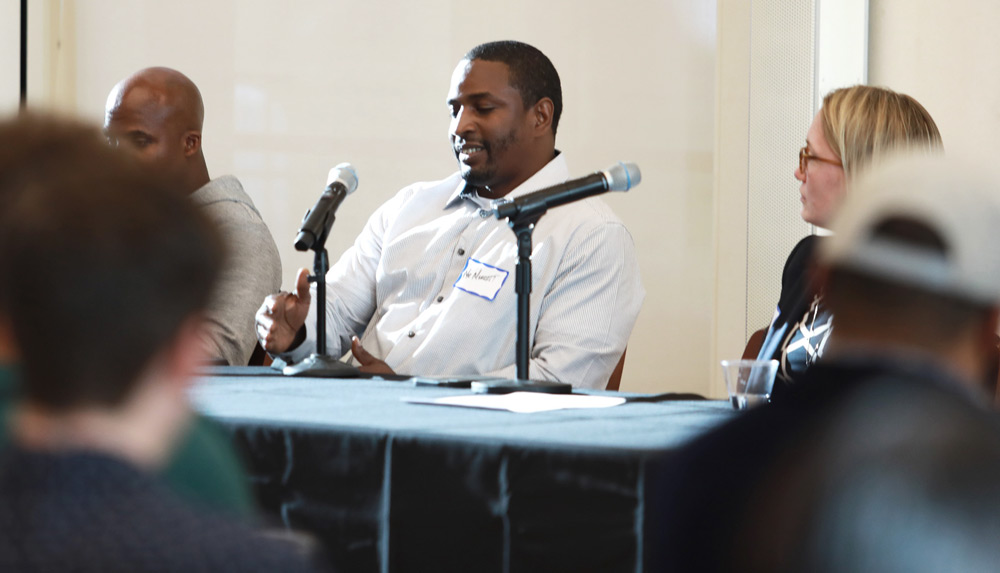 Two 2022 graduates, Nachi Baru and Meghan Wingert, worked on the Merritt case all three years of their law school careers. As first-year students, they volunteered their time through the Innocence Project’s affiliated pro bono clinic.

Baru described the Merritt case as an eye-opener for him.

“Seeing people get sent away for a long time for a very serious crime based on flimsy testimony and corrupt police officers and just the miscarriage of justice – that was a motivating factor from our first semester,” Baru said. Those working on the case believed “from the start that this guy is innocent and wanted to do our small part to help right this really terrible wrong.”

Baru was struck by how “numb” and “shell-shocked” Merritt seemed while describing what those 20 years in prison have cost him. The mother of his young children died while he was in prison, leaving them to mature with no parents to raise them. Merritt lost connections with friends and family who assumed he was a murderer, Baru said, but he’s working hard to rebuild his life. Merritt has been working in a Norfolk shipyard since he was released from prison on the conditional pardon in January, Hatchett said.

The Innocence Project cases tend to stick with alumni, and many of them remain committed to the cause years after graduation, Hatchett said.

Neale said he considers himself fortunate to work with a firm that allowed him to spend 250 otherwise-billable hours on Merritt’s case, along with several hundred hours of pro bono research from associates and paralegals at the firm.

“Like everyone in my law school class, I imagined I would get a law degree and start righting wrongs daily,” Neale said. “Of course, not every day as an attorney is like that, but the clinic has righteous cases, and they need help with some. I got to come back to the law school, work with great professors, meet some students and remind myself of the reasons I went to law school in the first place. Who wouldn’t want to do that?”