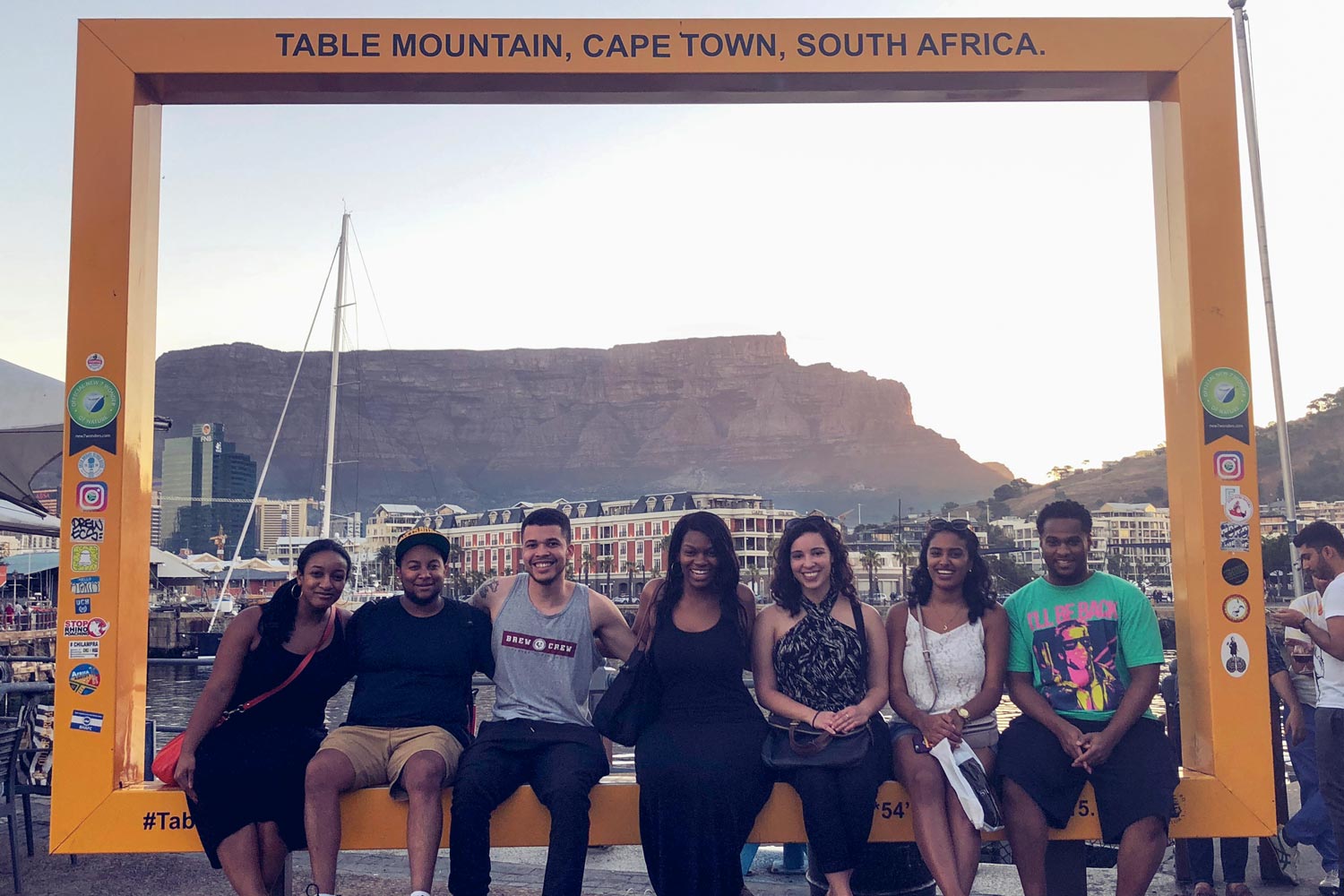 Seven members of the Black Law Students Association at the University of Virginia recently ventured to Cape Town, South Africa, to help residents who are still dealing with the aftereffects of being relocated during apartheid.

The students partnered with London-based firm Norton Rose Fulbright to interview families who were forcibly removed from their neighborhoods during apartheid, a governmental system of racial oppression that was dismantled in the early 1990s. The students canvassed those who had lived in Cape Town’s predominately black District Six, preparing affidavits of the stories they were told. The stories will go into an injunctive order that Norton Rose Fulbright is planning to file on residents’ behalf for the government to provide relief for these families to move back to District Six.

“When conducting our interviews, we traveled to their homes, so we really had a great opportunity to view Cape Town – and not just the tourist locations,” said McDonald, this year’s Black Law Students Association president. “Some of the areas were very rough, and it really brought to light how bad the poverty situation is in Cape Town.”

In one interview, a man said he lost his wife to a medical emergency – she could not be treated in time – and his brother was an innocent bystander killed by gang violence. The man said he believed both would still be alive if his family had not been relocated.

“They invited complete strangers into their homes and told us their stories,” McDonald said. “A few places we ended up staying for hours and truly felt like family once it was over.”

Additionally, the group worked with the Projects Abroad Human Rights Office, a volunteer-run legal clinic in Cape Town, to review case files and help develop action items to assist staff attorneys in moving their cases forward. The students also spent two days with an attorney from the Commission for Gender Equality and sat in on proceedings with South African courts.

Abdelaziz, the trip’s lead organizer, said she learned a great deal about South Africa’s constitution and Cape Town’s legal challenges. For example, she said, the country’s constitution confers a number of rights to its citizens, such as a right to shelter, so property owners often face a difficult legal process to evict squatters.

“I took with me a new understanding of constitutional law and what it means to have negative and positive rights conflict with each other in a country that values both liberty and equality at once,” she said.

The trip was also an ideal way for students to step out of their comfort zones and see the world through a new lens, Abdelaziz said.

“I was able to remind myself that as a black American law student, cultural responsibility and service to my community does not have national bounds,” she said.

Outside of their pro bono work, students viewed a penguin colony at Boulder Beach, explored a tourist waterfront with a massive Ferris wheel and toured a winery in the Beau Constantia area.

Each year, the Black Law Students Association organizes a service trip abroad, and students apply for a limited number of spots. Past destinations have included Tanzania and Uganda. Those who are accepted receive paid travel expenses and accommodations through the association’s relationships with participating law firms. In order to be selected as a destination, a country must be predominately black, English must be spoken and a sufficiently developed legal infrastructure must be in place.

Here Is What You Need to Know About the New Coronavirus Variant, Omicron END_OF_DOCUMENT_TOKEN_TO_BE_REPLACED

Fall Is in the Air on Grounds END_OF_DOCUMENT_TOKEN_TO_BE_REPLACED

Meet the Cats and Dogs Your CVC Donation Supports END_OF_DOCUMENT_TOKEN_TO_BE_REPLACED