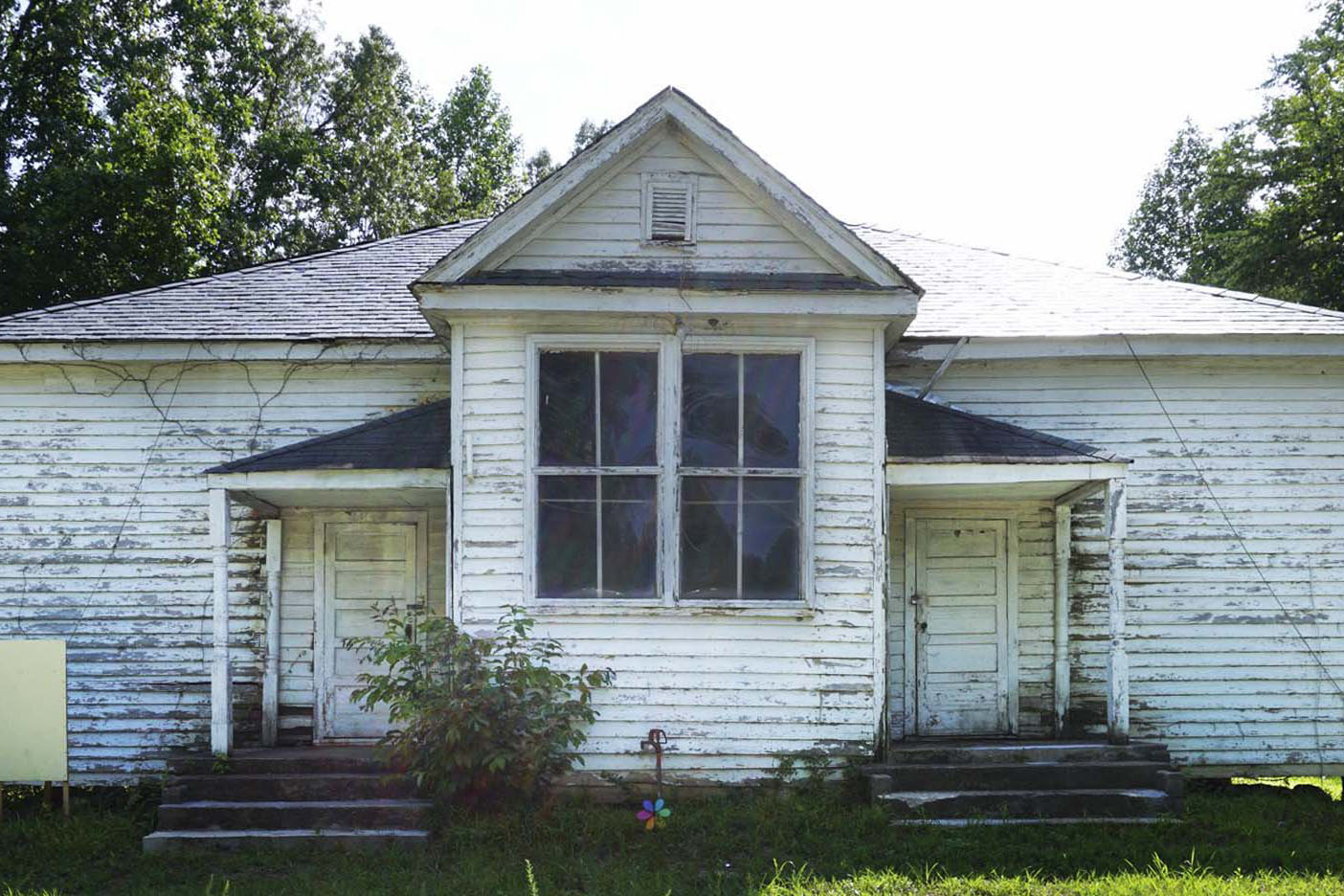 The Environmental and Regulatory Law Clinic at the University of Virginia School of Law has joined an effort to protect a historic African American schoolhouse and surrounding property, which community members say are threatened by a proposed landfill.

Pine Grove Elementary School in Cumberland County, Virginia, was built in 1917 as one of thousands of “Rosenwald Schools” constructed in the South to educate black children in the Jim Crow era. The Virginia Department of Environmental Quality and other agencies are currently reviewing permit applications for the proposed Green Ridge Recycling and Disposal Facility and considering the impact that the landfill would have on environmental and historic resources in the area.

The Green Ridge site encompasses 1,200 acres. If approved, it would take in between 3,500 and 5,000 tons of waste per day, according to estimates from County Waste of Virginia, which seeks to operate the facility.

In the early 20th century, Julius Rosenwald, who became part-owner and president of Sears, Roebuck and Co., partnered with African American educator and philanthropist Booker T. Washington and local communities to help fund and build more than 5,000 schools and other structures throughout the South, primarily for the education of African American children.

“The history here is important. It shouldn’t be filed away next to a landfill,” law professor Cale Jaffe, the clinic’s director, said. “I accepted the case into the clinic because I wanted to give students the chance to work directly with a community and make sure that the community’s stories were elevated and cherished as an incredible monument to strength in the face of segregation, Jim Crow persecution and discrimination.” 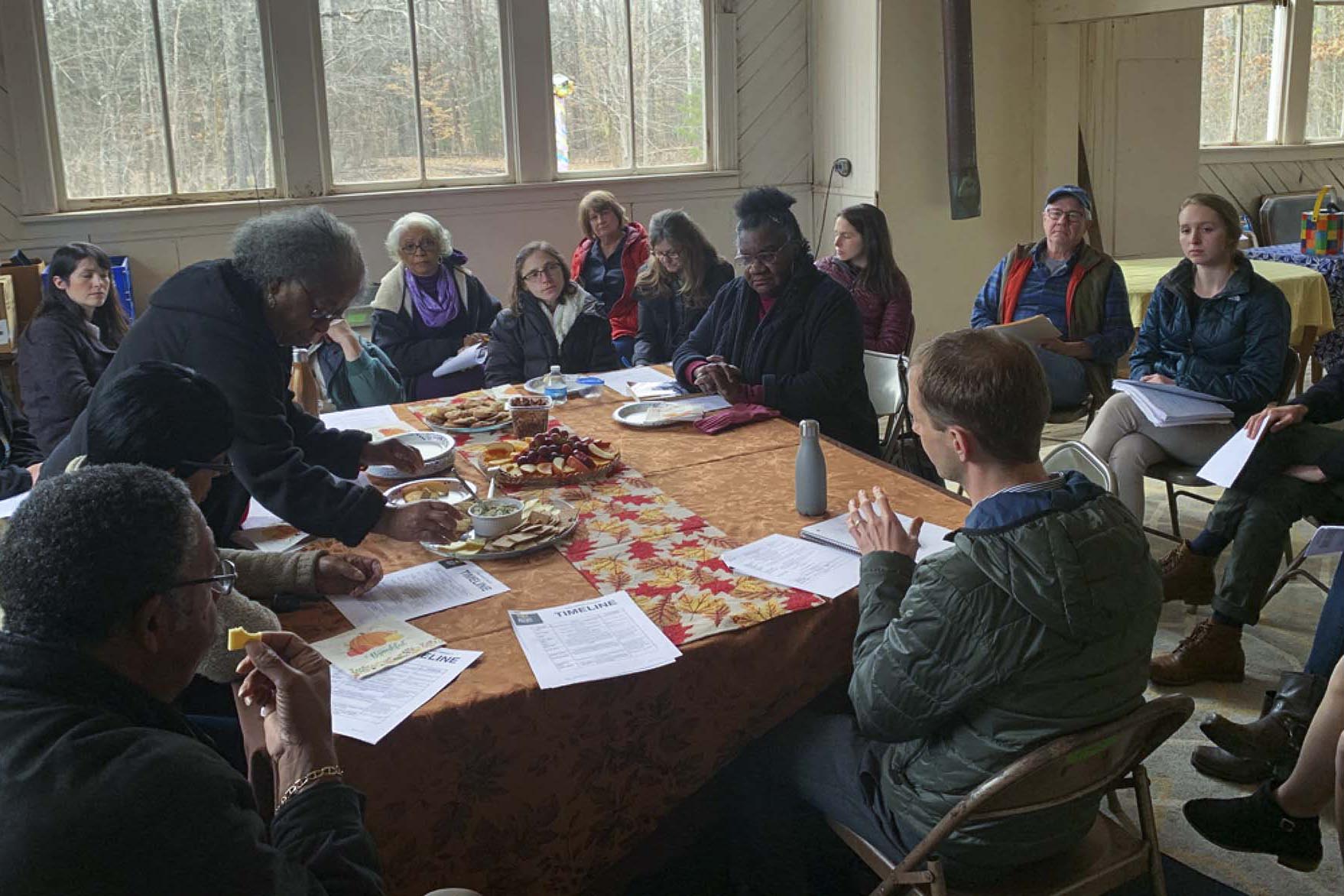 The clinic is assisting the Agee Miller Mayo Dungy Pine Grove Project, founded to preserve the schoolhouse and its history and spearheaded by and named for families with deep ties to the region. The school recently attained designations with federal and state historic registers, and other preservation groups have joined the effort. In late May, the nonprofit organization Preservation Virginia included the schoolhouse on its “Most Endangered Historic Places” list for 2020.

The clinic has agreed to help the project navigate the administrative processes for participating in environmental permitting reviews.

Jaffe said the proposal will likely be open to more state regulatory scrutiny in the future. Additionally, impacts to water resources protected by federal law would require review by the U.S. Army Corps of Engineers, “which we think is necessary here,” he said.

Jessie Conover and Jake Wiener, May graduates of UVA’s School of Law, were among a group of clinic students who traveled to Cumberland County to meet with former pupils of the Pine Grove School and the leaders of the AMMD Pine Grove Project. Conover and Wiener took the lead in drafting comment letters on behalf of the AMMD Pine Grove Project to federal and state regulators and in assisting with Freedom of Information Act requests.

Wiener said that, before this project, he hadn’t understood just how personally meaningful legal work could be.

“I’ve also been deeply inspired by the strength and organization of the Pine Grove community,” he said. “They are their own best advocates.”

Conover said African American sites are underrepresented in historic registers, and she credits the Pine Grove community with getting the schoolhouse recognized and brought to regulators’ attention.

“This case has so many dimensions: environmental law, regulatory law, historic preservation law and most importantly, environmental justice,” Conover said. “Race is hugely important here, and it is an undeniable part of whose history we preserve – and whose we don’t.”

Another dimension of the case is health-related; Dr. Irène Mathieu, a professor of pediatrics in the UVA School of Medicine, in November wrote a commentary for the Virginia Mercury outlining the health concerns related to the proposed mega-landfill.

A letter from the environmental law clinic, filed last month with the Virginia Department of Historic Resources, explains just what is at stake.

“The strength of the Pine Grove Community is evident in the extraordinary and successful effort the community made to provide for a quality education. … Although inspired in part by the Rosenwald Fund, Pine Grove School was built and maintained on generations of community investment. … It is critically important for DHR to take into account the whole resource – not just the physical structure of the Pine Grove School – but the historic community of which it was the center.”

Muriel Branch, who attended Pine Grove as a child, chairs the AMMD Pine Grove Project. After reviewing the clinic’s letter, she said, “I wept out of gratitude and out of a sense that finally someone seemed to be peering into my soul.”

Branch added, “So many years of hurt and desperation to be heard, to be seen. The letter is well-researched, and poignant, and should give DHR reason to pump their brakes until further studies are done.”

Class of 2020: Memories and Moments From a Long-Anticipated Celebration END_OF_DOCUMENT_TOKEN_TO_BE_REPLACED