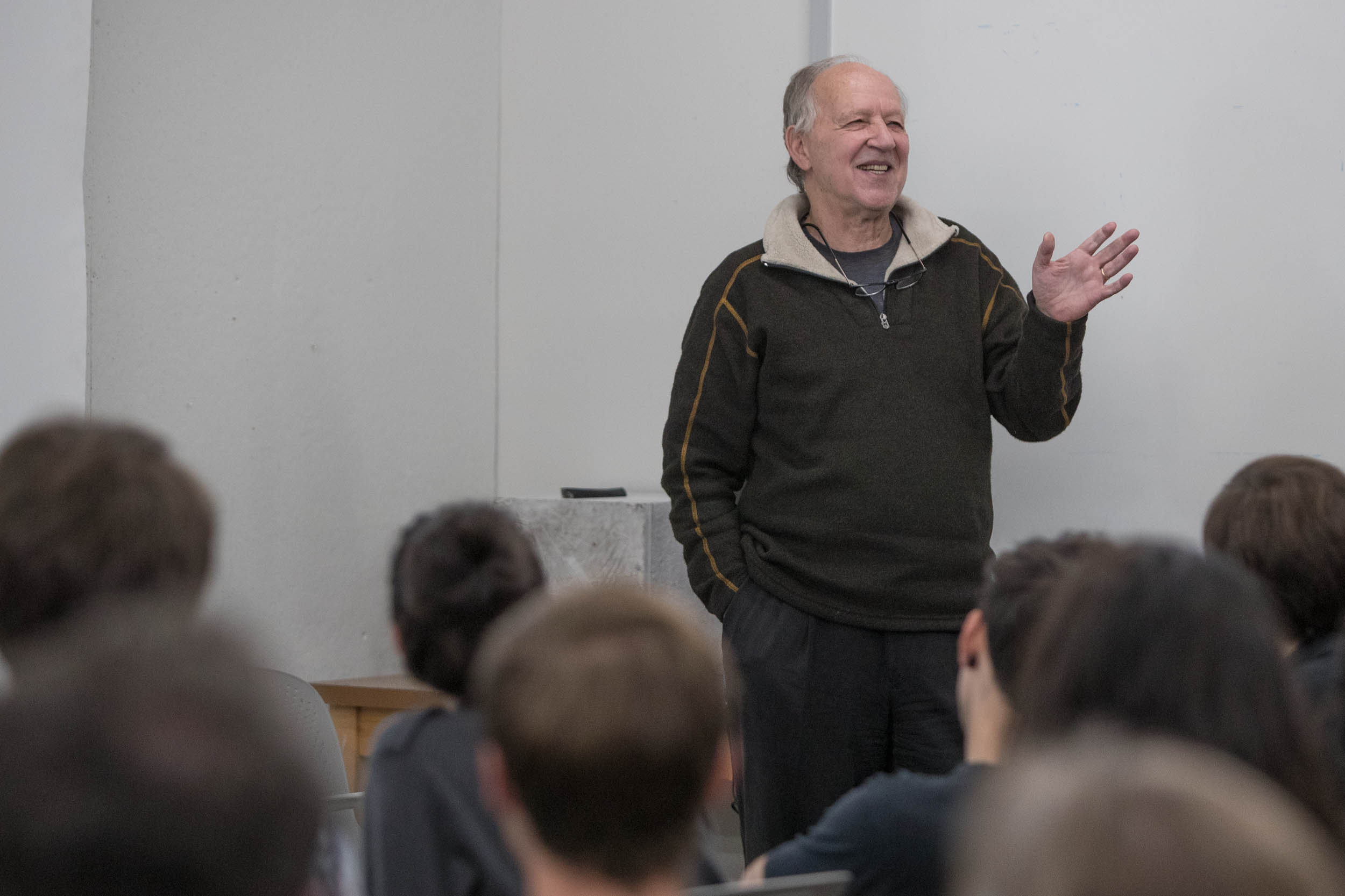 Director Werner Herzog, who now has 51 film awards to his name, was only 19 when he made his first film – the same age as some of the University of Virginia students with whom he spoke on Friday.

Herzog – who has produced, written and directed more than 60 feature and documentary films, published more than a dozen books and directed several operas – is in Charlottesville for this weekend’s Virginia Film Festival. On Friday, he joined art professor William Wylie for a wide-ranging discussion with several dozen UVA faculty members, staff and students, many of them aspiring artists and filmmakers.

Herzog discussed his upbringing in post-war Germany, where he did not see his first film until he was 11, and shared how he chooses music for his films and gets the best possible performances out of his actors. He also talked about the vital importance of mentors, such as Lottie Eisner, a German-French film critic, historian, writer and poet whom Herzog once walked more than 500 miles from Munich to Paris to visit in the hospital. That trek was the inspiration for Herzog’s book, “Of Walking in Ice.”

“I strongly believe that the things I have written will have a longer life than my films, maybe because of the strata in between the idea and vision of the film and the execution,” he said. “With film, you do not get a direct, intense, immediate approach like when you write in a diary. I have never changed or crossed out a single word in thousands of pages of writing, and do the same thing in screenplays. I do not correct.”

In response to students’ questions, Herzog shed some light on how develops ideas for his films, which are famously bold in attacking extremely unusual stories or difficult landscapes. The idea for one of his most famous documentaries, “Grizzly Man,” came when he was talking in a friend’s office and misplaced his car keys on the cluttered desk. He found them near an article about Timothy Treadwell, an environmentalist and bear enthusiast who spent years closely studying grizzly bears and was ultimately mauled and killed by them in 2003.

“I knew that it was so big, I had to do it,” he said. “Quite often, the films stumble into my life, come at me like burglars in the night.”

He also told the students about his new film, “Into the Inferno,” which was released on Netflix in September in 190 countries and will be screened during the festival on Friday night. It chronicles Herzog’s journey to some of the world’s most treacherous active volcanoes with volcanologist Clive Oppenheimer, and embodies his belief that documentaries should combine truth and art.

“Many people believe that documentary film is an extension of journalism. It is not. … I think that documentaries in filmmaking should have more depth and more cinema than what we normally see,” he said. “Because of that, I stylize sometimes, I invent, I do things that are completely unusual, but they captivate an audience and they illuminate an audience.”

Herzog’s commitment to excellent filmmaking has occasionally come with significant, carefully calculated risks. Filming “Into the Inferno” meant travelling to several active volcanoes, while other films required Herzog, his cast and his crew to climb mountains in the Amazon, film on a steamship while tumbling through rapids or move the same 320-ton steamship over a hill, without the aid of special effects.

“Whenever the occasion arises, I go wild, and that is what I like about making films,” he said.

In addition to Friday’s screening of “Into the Inferno,” Herzog presented his 1974 documentary, “The Enigma of Kaspar Hauser,” on Thursday night and will also join a moderated discussion at the Paramount Theater on Saturday afternoon, talking about his life and career.

He is one of many acclaimed filmmakers and actors in Charlottesville for the festival, which runs through Sunday. Other special guests include Richmond-born actress Shirley MacLaine, actor and producer Colin Firth, actor-director Liv Ullmann and actor and comedian Danny McBride.

For a full schedule and more information, visit www.virginiafilmfestival.org. 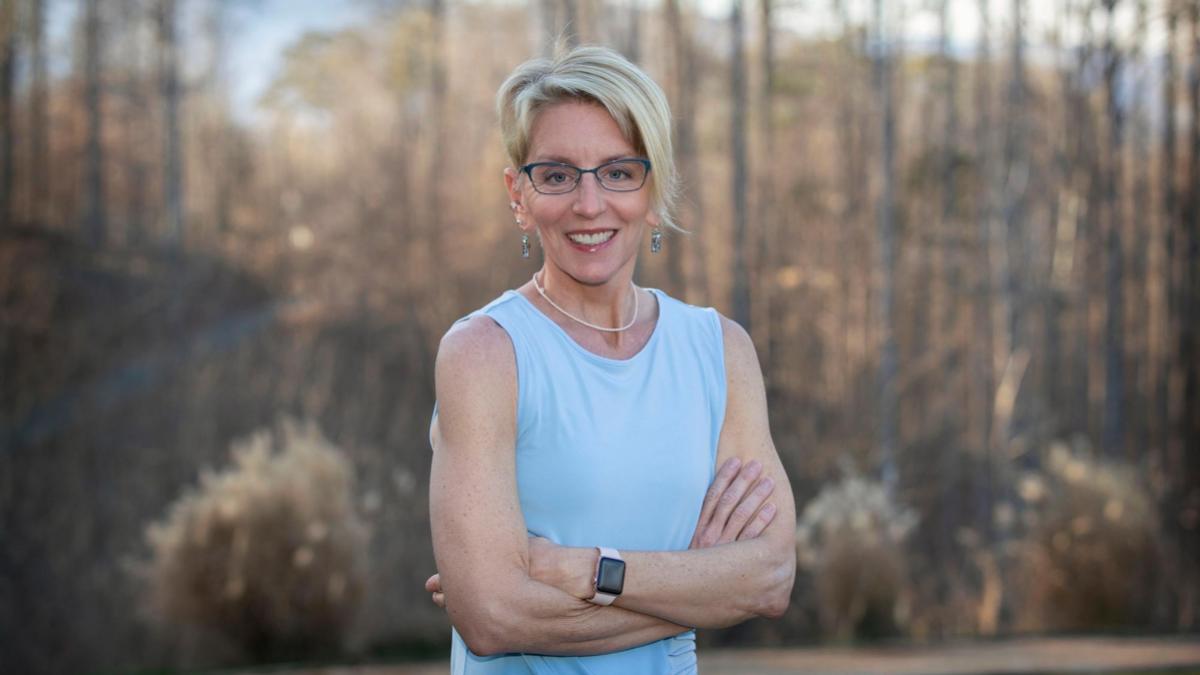