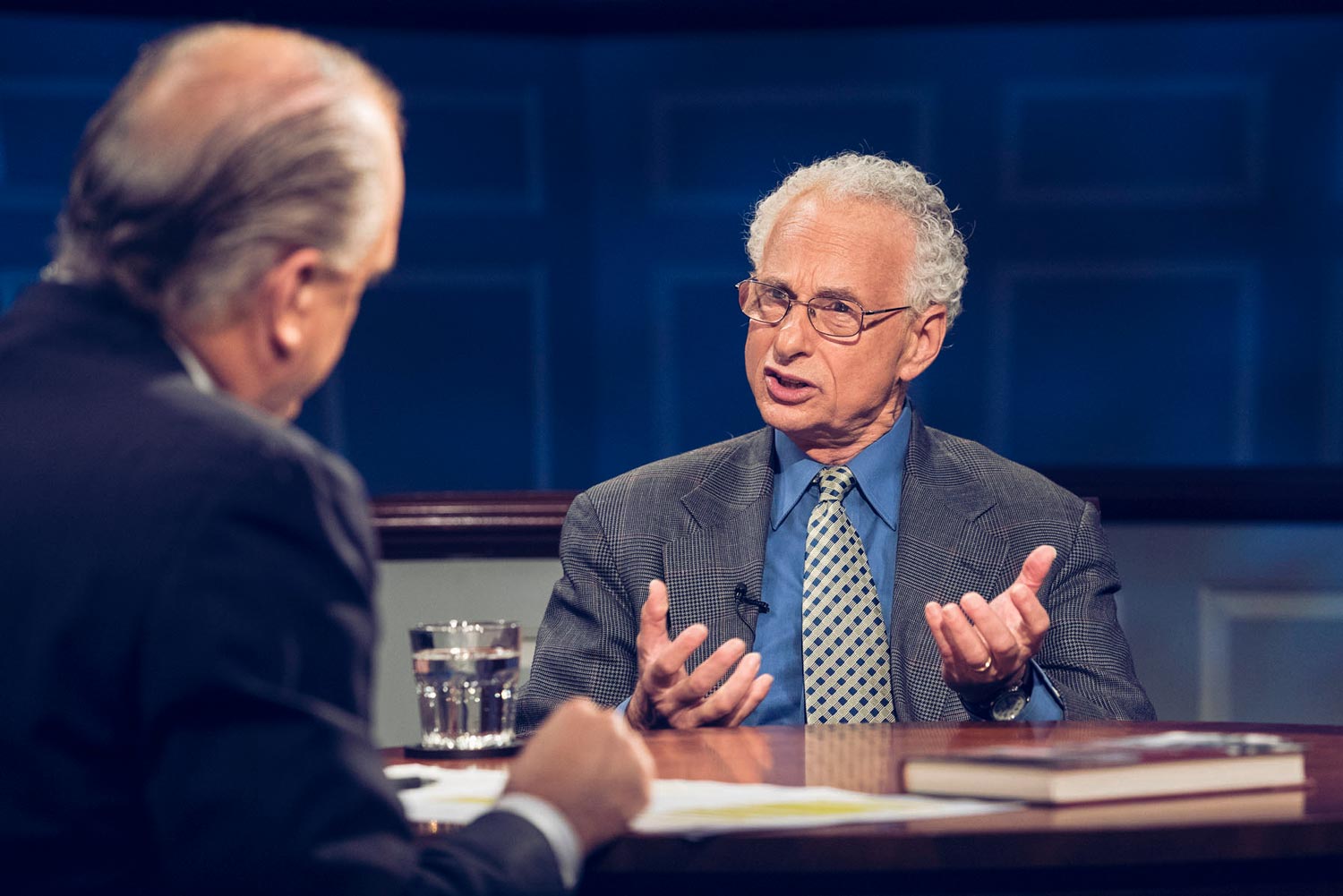 U.S. foreign policy has remained mostly consistent for most of the modern era, under both Republican and Democratic administrations, based upon a few core principles, Melvyn Leffler, the Edward R. Stettinius Professor of History at the University of Virginia, told a recent “American Forum” audience at the Miller Center.

Trump’s “America First” policy contradicts everything that has been U.S. foreign policy since the end of World War II, Leffler said, noting that “American First” was the slogan in the late 1930s of those who wanted to keep the United States out of the European war. That sentiment always has “lurked under the surface,” he said, and has now come to the forefront of U.S. foreign policy.

“This is a repudiation of policies that have been held under both Democrat and Republican presidents,” Leffler said. “President Trump is not worried about whether the American system works in the rest of the world. He doesn’t talk about human rights, core values or spreading democracy.”

Leffler led the “American Forum” audience and host Douglas Blackmon on a tour of U.S. foreign policy from World War I to the present day, reflecting on his most recent book, “Safeguarding Democratic Capitalism; U.S. Foreign Policy and National Security, 1920-2015.” 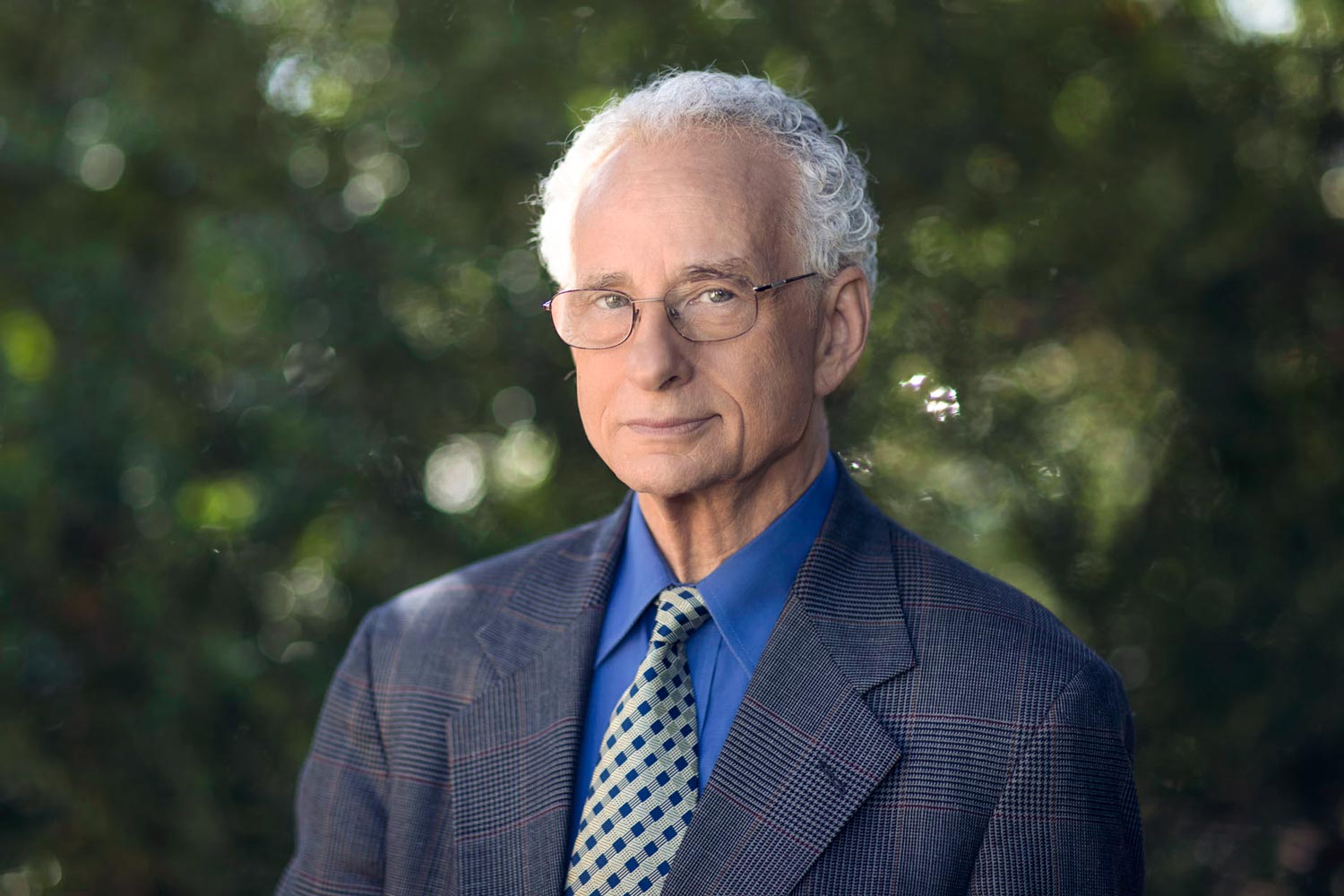 The foundation of U.S. foreign policy over the years has been the projection of democratic capitalism and core American values in politics and economics: a combination of representative government, individual freedom, private property rights, free enterprise and a marketplace economy, he said.

There was a 45-year effort to contain the Soviet Union during the Cold War, Leffler said, and since World War II, the U.S. has almost always pursued military hegemony and the spread of democratic capitalism.

“The purpose of national security is the protection of core values from foreign threats,” Leffler said, noting that foreign policy also influences domestic policy. In the late 1950s and 1960s, policymakers realized they would be at a disadvantage in the Cold War competition in Africa and Asia if they did not address civil rights issues inside the country, he said.

Previous presidents believed domestic economic prosperity depended on international economic prosperity, he said. Wages are generally higher for workers in export industries, and if the Trump administration imposes tariffs and other nations retaliate, then the higher-wage workers will be hurt, he added.

Leffler said that morality fits into foreign policy, but rarely has been the determining factor.

“Presidents can champion moral policies, but this can conflict with national security imperatives,” he said. “How much conflict depends on the competing factors, but policymakers have to make terrible choices. There can be agonizing trade-offs.”

Leffler rejected the idea that Americans were disillusioned isolationists after World War I and said that the country was very engaged in the world financially and economically during the 1920s.

U.S. officials were concerned about restoring European economic and financial stability, he said;  the United States did not offer security guarantees to the European nations because it did not see any immediate threat to U.S. territory. 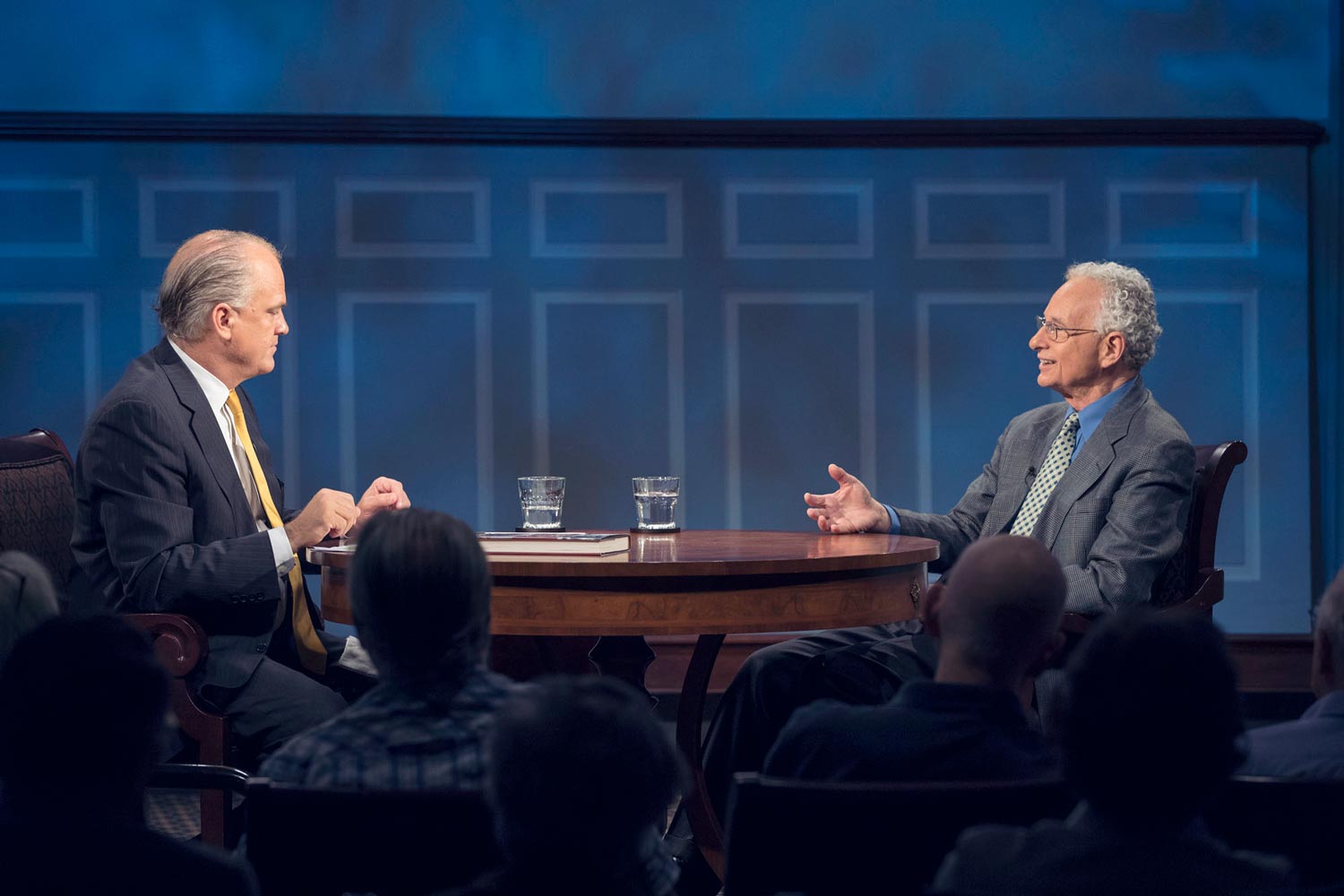 “European stability was seen as important, but not vital,” he said.

Leffler noted that for much of the 1930s, President Franklin Roosevelt was more concerned about the Depression than the League of Nations and international stability – a view that changed dramatically in the late 1930s when Roosevelt thought Nazi Germany could dominate Europe. With communism ensconced in the Soviet Union and Japanese aggression in the Pacific, Roosevelt saw international markets closing and democratic capitalism under siege, Leffler said.

Public opinion affects foreign policy, but Leffler noted that leaders can shape public opinion. He said that Republicans dominated the mid-term election in 1946 on a platform of tax cuts and less government. He said at the same time President Harry S. Truman launched a campaign to sell the Marshall Plan, which called for money to rebuild Europe. The U.S.S.R. was the primary threat to the U.S., and policymakers supported the Marshall Plan because local communist political parties in war-ravaged Europe were taking advantage of the post-war chaos. Shoring up the European economy would serve as a bulwark against the spread of communism.

Leffler said after the Cold War, President George H.W. Bush was aware that the American people had a reduced interest in the world, but he determined that it was important for the United States to get involved when Iraq invaded neighboring Kuwait.

“He needed to mobilize public opinion, and he succeeded,” he said.

Under Presidents George H.W. Bush and Bill Clinton, Leffler said foreign policy championed globalization and promoted democratic peace abroad. He said both presidents grappled with the question of how much force should be used to achieve foreign policy goals.

He said policymakers always wrestle with the challenge of mobilizing public support for foreign policy initiatives, balancing the importance of those goals with the resources needed to achieve them.

President George W. Bush talked publicly in support of the United States’ ability to take pre-emptive action, such as his invasion of Iraq, but Leffler said that preemptive and preventative actions had been undertaken on many occasions in the history of U.S. foreign policy. He said that Bush went to war with Iraq because he believed – erroneously – that Iraqi leader Saddam Hussein had weapons of mass destruction, which might be turned over to terrorists.

There were some elements of continuity between Bush and President Barack Obama, Leffler said. Though Obama renounced torture and abandoned extraterritorial rendition, he ordered the use of drones to pre-emptively assassinate terrorists, approved a surge of troops in Afghanistan and participated in the overthrow of Libyan leader Muammar Gaddafi.

Overall, Leffler said, “I have empathy for the policymakers because they have to make such wrenching decisions.”

Blackmon reminded Leffler of an article that Leffler had written recently for Foreign Policy magazine’s website on the Trump administration’s foreign policy and noted that Leffler took umbrage at the headline, “The Worst First Year of Foreign Policy Ever,” which he said he did not write.

He said given the challenges and interactions with North Korea and Iran, this may eventually turn out to be the worst first year ever.

“The unique qualities of this president cast a specter of danger over everything this country stands for,” he said.