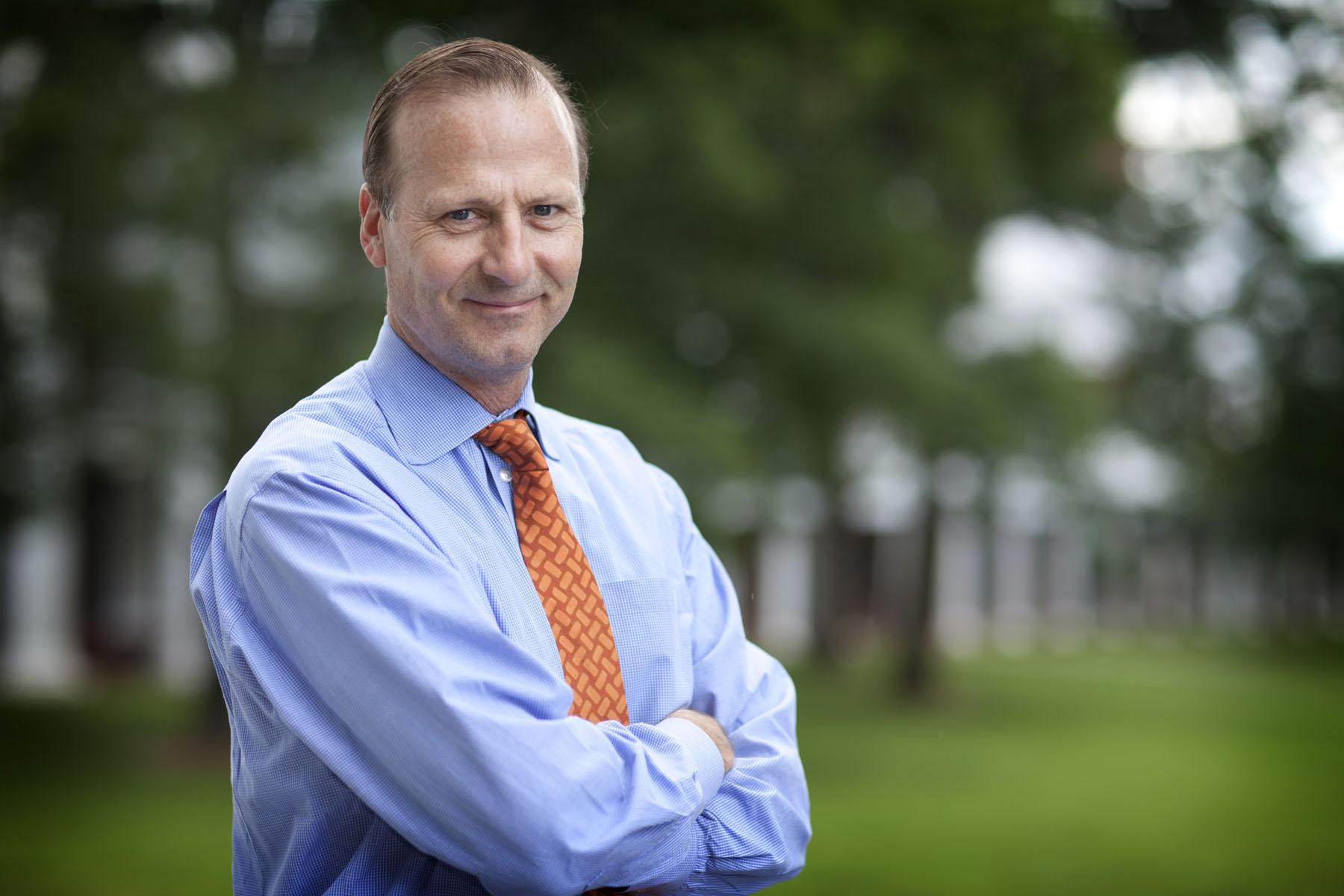 August 17, 2012 — University of Virginia Executive Vice President and Provost John D. Simon has appointed Jeffrey W. Legro, a respected expert on international affairs, as the University's vice provost for global affairs. Legro is a professor of politics in U.Va.'s College of Arts & Sciences and the Randolph P. Compton Professor in the Miller Center.

Reporting to Simon, Legro, 52, will be responsible for developing Universitywide strategies for engagements and policies relating to global partnerships that further teaching, learning and research, in consultation with faculty and school deans. The vice provost will also serve as an advocate for existing global partnerships and oversee efforts to further internationalize the University's curriculum.

Legro chaired U.Va's Woodrow Wilson Department of Politics from 2007 to 2010, chaired the American Political Science Association's task force on U.S. Standing in World Politics from 2008 to 2009 and is a co-founder of the Miller Center's cross-disciplinary Governing America in a Global Era program.

He is also the author of numerous articles, chapters and books, including "Rethinking the World: Great Power Strategies and International Order and Cooperation Under Fire: Anglo-German Restraint During World War II." He has researched or taught in China, Great Britain, Germany and Russia, and in 2011 was a Fulbright-Nehru Scholar in New Delhi.

"Jeff is uniquely suited to guide and hone U.Va's efforts in global affairs," Simon said. "He is a skilled consensus-builder and his deep research in international relations, strategy and global governance brings tremendous experience to the position."

Simon also said he is grateful for the hard work of the search committee, which conducted a search across the University and was chaired by Commonwealth Professor of Spanish David T. Gies.

"This was a difficult search due to the high number of U.Va. scholars who do first-rate work in international arenas, but Jeff clearly demonstrated his broad knowledge of the field, his passion for global affairs, and his commitment to the University's interest in expanding its international profile," Gies said.

Legro said he is thrilled to help lead U.Va,'s international efforts, "especially given that the president and provost aim to make U.Va. a leading global university."

"In doing so, we are renewing our roots," he added. "Jefferson's thinking and the founding of U.Va. was profoundly shaped by his examination of other cultures and societies. It is essential that we renew that legacy for the 21st century and excel in international research, teaching and outreach that prepare students, the University and the commonwealth to thrive in an interconnected and competitive world."

Legro's other responsibilities will be:

• Assembling faculty working groups to discuss opportunities for the University in various regions of the world, including, but not limited to, China and India;
• Working with the Center for International Studies to develop a Web-based system for managing information on the University's international activities;
• Working with the deans to define the optimal organizational structure for oversight and support of the University's international activities;
• Broadening the base of faculty support for the strategic vision and the recommended organizational structure;
• Nurturing initiatives to further globalize the undergraduate and graduate curricular experience;
• Reviewiing formal agreements with universities and organizations abroad and representing the University in developing such agreements;
• Coordinating and participating in visits to Grounds by international dignitaries.

Since his appointment, which was effective June 1, Legro has begun tackling many of his new responsibilities, including follow-up work on President Teresa A. Sullivan's trip in May to East and South East Asia, her first international trip on behalf of the University. On Wednesday, he is convening a retreat of a new Global Affairs Committee.

Legro has been the recipient of grants or fellowships from the Fulbright Scholar Program, the U.S. Institute of Peace, the Ford Foundation, the Council on Foreign Relations, the Institute on Global Conflict and Cooperation, the Institute for the Study of World Politics and Harvard University's Olin Institute and Center for Science and International Affairs.