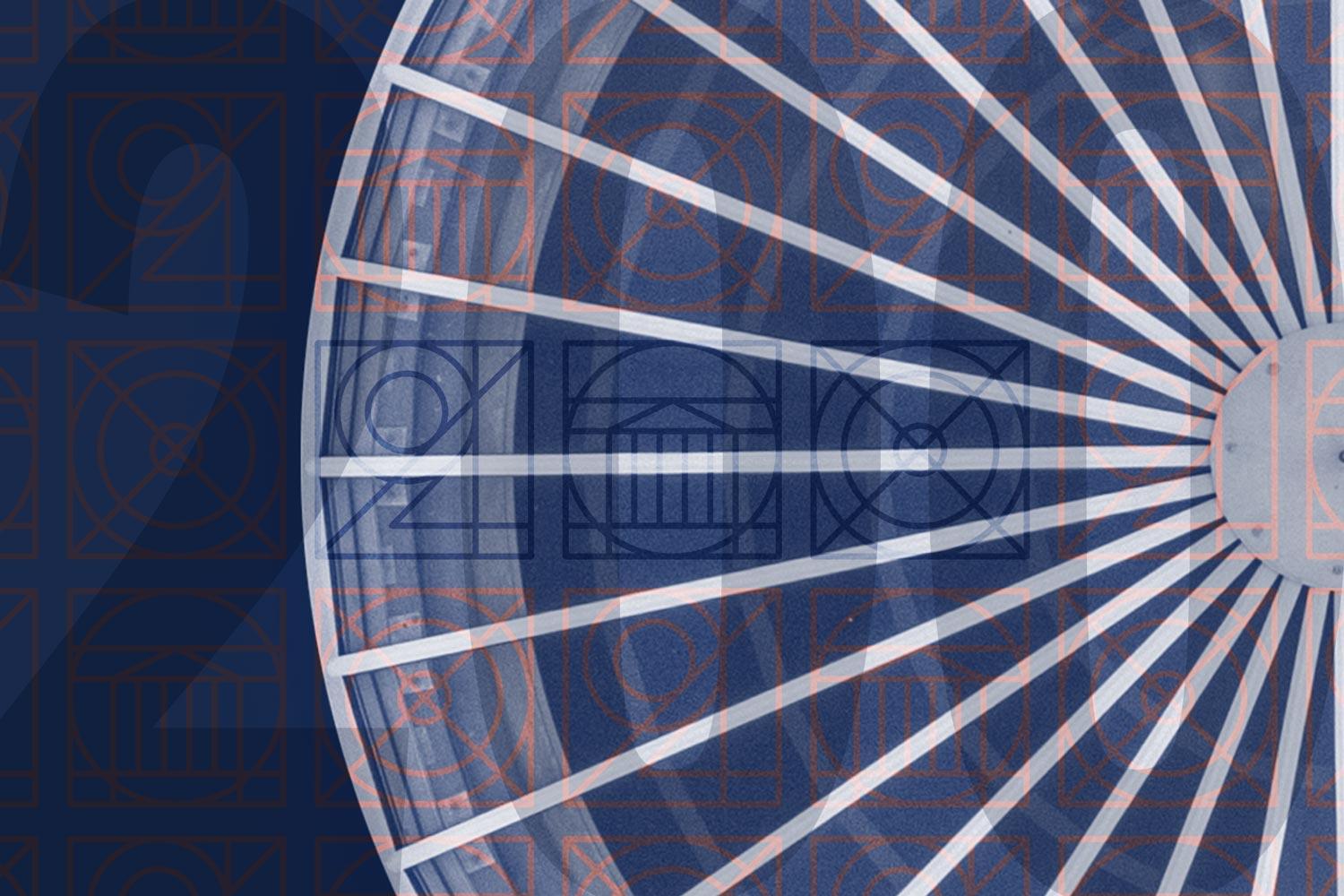 On Oct. 6, 1817, three U.S. presidents – Thomas Jefferson, James Monroe and James Madison – gathered on what would become the University of Virginia’s Lawn for the ceremonial placing of its first cornerstone.

Exactly two hundred years later, students, faculty and alumni of the University will gather in the same spot – now a UNESCO World Heritage Site – to celebrate the extraordinary legacy begun that day.

The Bicentennial Launch Weekend on Oct. 5 through 7 marks the first of a series of bicentennial events commemorating UVA milestones. It will be a moment like no other in the University’s history, anchored by a Friday night celebration that will transform the Lawn into an interactive stage celebrating 200 years of teaching, art and research.

That celebration, beginning at 7 p.m., will feature several performances by UVA arts students and faculty, and special guest appearances by “Hamilton” star Leslie Odom Jr. and R&B powerhouse Andra Day. It will also include a projection mapping display tracing the history of the University on the Rotunda itself, a feat that Vice Provost for the Arts Jody Kielbasa, who is leading planning efforts for the event, called “absolutely stunning.”

Odom is a Tony award-winning actor and singer best-known for playing Aaron Burr in “Hamilton” – a historical figure that Jefferson himself would have been very familiar with. Day is a Grammy-nominated singer-songwriter, known for her empowerment anthem, “Rise Up,” nominated for several Grammys last year. Both Odom and Day will perform during the evening. A special guest, to be announced at a later date, will be the closing act. 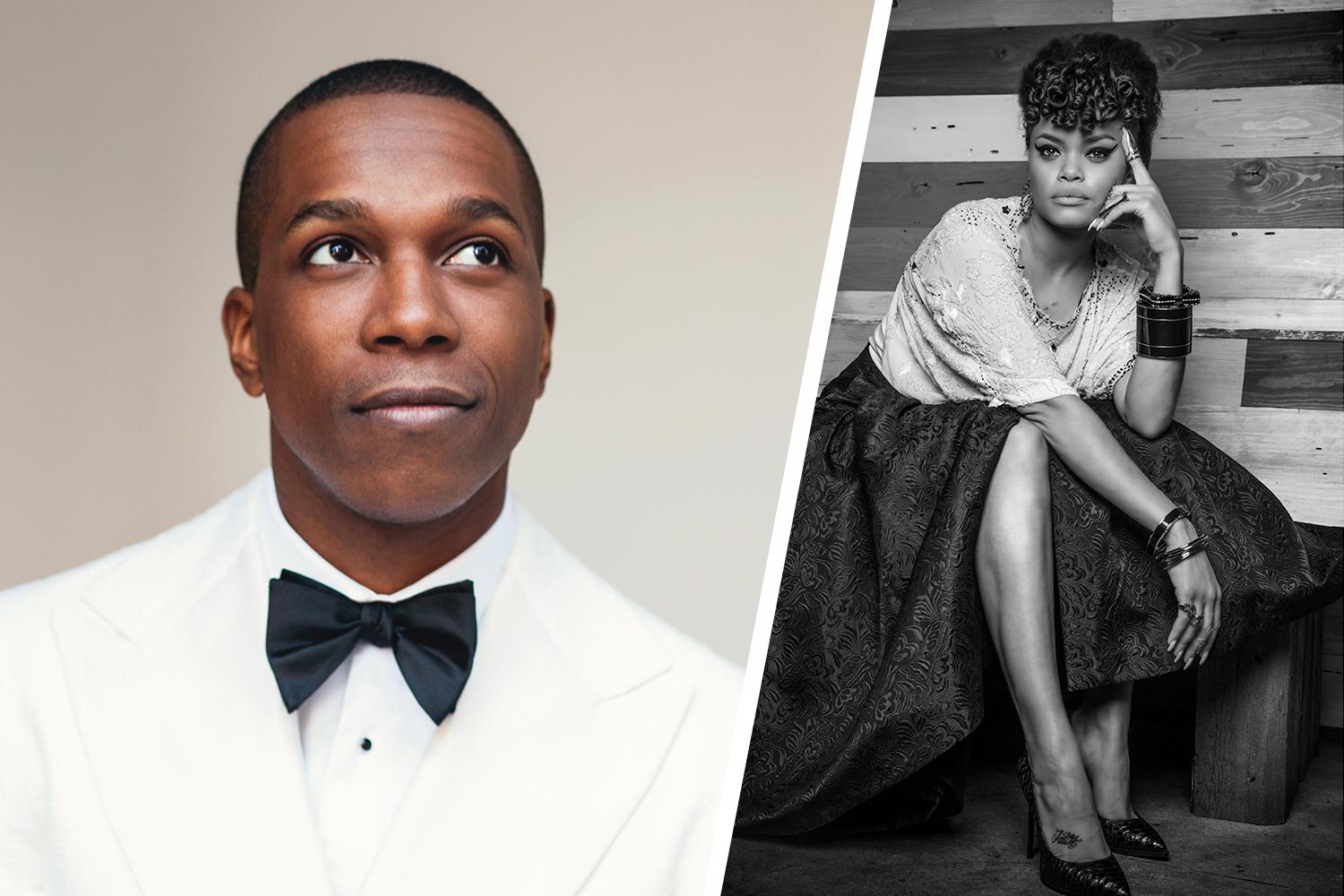 Other weekend events include talks on UVA history, a commemoration of the cornerstone ceremony and a bicentennial-themed talk before Saturday’s football game against Duke.

To learn more about the Oct. 6 celebration, UVA Today sat down with Kielbasa, who also directs the annual Virginia Film Festival and has years of experience in staging large-scale events. Below, he discusses what to expect at the event, the work that has gone into it and how you can get tickets.

Q. What are the main goals for this event?

A. My hope is to put on an exciting, dynamic event that will celebrate the history and heritage of the University and our love and passion for it. The 200th anniversary of the laying of the cornerstone is a great opportunity for a celebratory evening featuring UVA’s arts departments and programs. There is nothing quite like the arts to serve up a great celebration, and we have a lot of incredible things in store that we are very excited about. 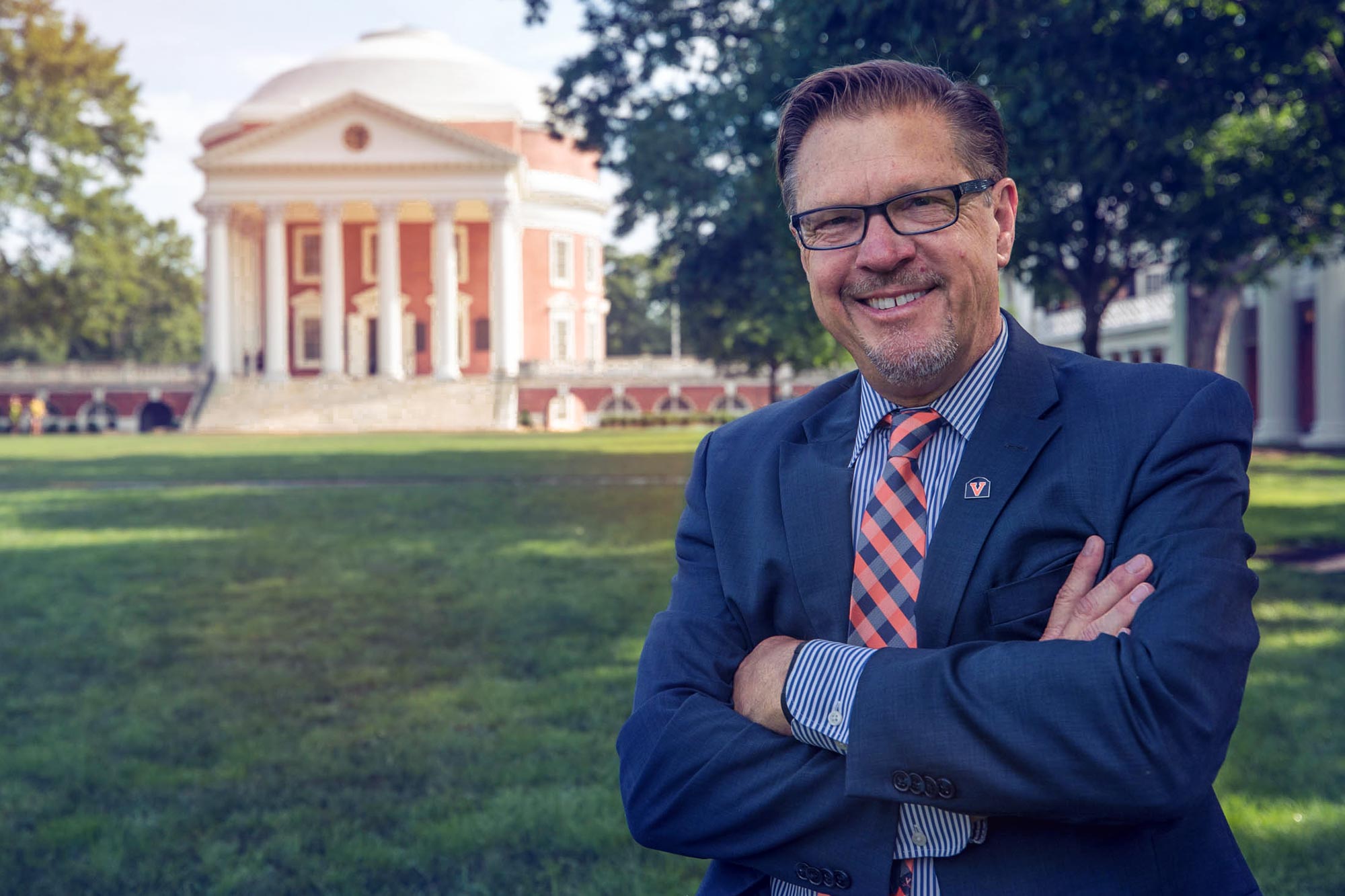 Q. Can you provide any details about what audiences can expect on the evening of Oct. 6?

A. They can expect an Olympic-style opening ceremony event with multiple interactive performances throughout the evening. There will be thousands gathered on the Lawn, including students, faculty, staff and alumni traveling from all over the world. All of our arts programs and ensembles, as well as UVA’s a cappella groups, will be performing, along with the Cavalier Marching Band.

We will have the Charlottesville Symphony, composed of UVA faculty and students and conducted by Director of Choral Music and Associate Professor Michael Slon, performing a beautiful piece called “We Hold These Truths” by Jefferson Todd Frazier that follows Jefferson composing the Declaration of Independence. Additionally, we will have the world premiere of a newly commissioned piece that looks at Jefferson as he founded the University, performed by the University Singers and two guest opera singers.

There will also be a projection mapping show playing out across the Rotunda and Old Cabell Hall. If you have never seen this type of show before, it is absolutely stunning, and allows UVA’s iconic buildings to become a screen tracing its history over 200 years.

Finally, we have some incredible, internationally renowned performers joining us, including Andra Day and the Tony-award-winning actor and singer Leslie Odom Jr., who was incredible as Aaron Burr in “Hamilton.” He will be on hand to perform with the symphony. It should be an extraordinary opportunity and evening – celebrating all that is great about this historic place.

Q. What will the projection mapping show include?

A. It will be about a 20-minute show with several projectors placed on the Lawn, using a 3D map of the area to transform the Rotunda and its surrounding buildings before your eyes. You can build the Rotunda up from scratch, or even make Old Cabell disappear to see the mountains beyond as Jefferson originally envisioned them.

It will include sketches, portraiture and renderings from the early years of the University, pre-photography, and continue through to the modern-day UVA. Much of it is animation, meaning that we can even show Jefferson walking the steps of the Rotunda. I don’t want to give it all away, but it will be extraordinary.

Q. Take us behind the scenes. What does it take to carry off an event of this scale successfully?

A. We expect to have nearly 900 performers that evening, the vast majority of whom will be our students and faculty in the arts. The coordination of that effort – planning for sound stages, speakers, projectors and more – requires a lot of thought and dedication. We are also making plans for inclement weather, which would require us to recreate much of the celebration in the John Paul Jones Arena. It is a tremendous effort, with people from across our arts departments and across the University pitching in.

Q. How many people are you expecting?

A. We are expecting somewhere between 20,000-22,000 people on the Lawn, including performers. We will also have remote viewing sites on Grounds, and will stream parts of the show to watching parties around the world, hosted by UVA alumni clubs across the U.S. and as far-flung as London and China.

Q. How can people get tickets?

A.  Tickets for the Bicentennial Launch Celebration will open to the public on Aug. 15 at 10 a.m. EST. Tickets are free with a $5 processing fee and will be available at www.bicentennial.virginia.edu. There is a limit of two tickets per person. 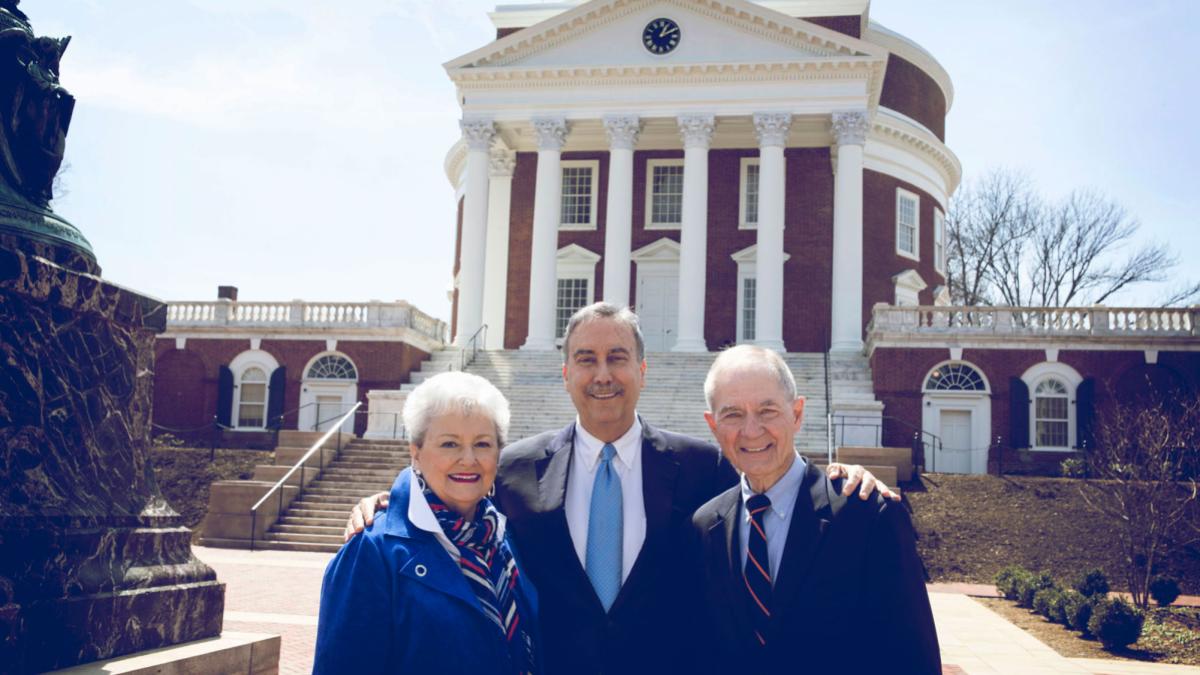 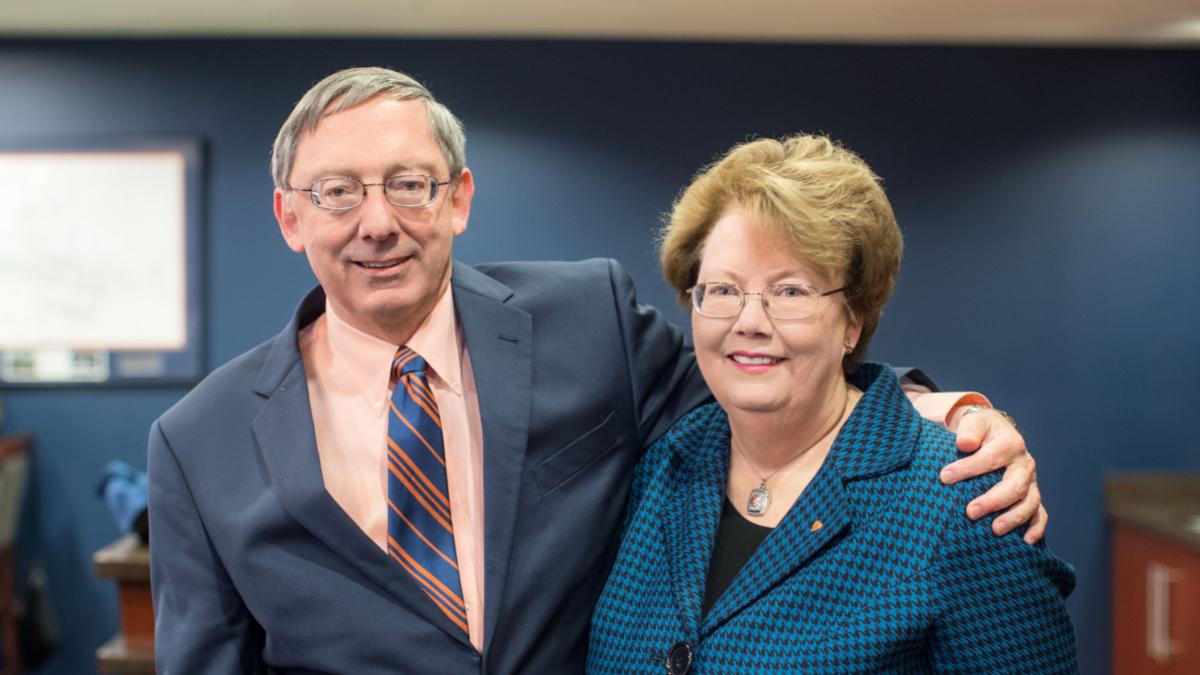 University News
UVA President Provides First Gift to Bicentennial Scholars Fund
UVA’s endowment for student scholarships could reach $300 million with matching support from the Strategic Investment Fund, which provides transformational investments in the quality of a UVA education without relying on tuition or tax dollars. 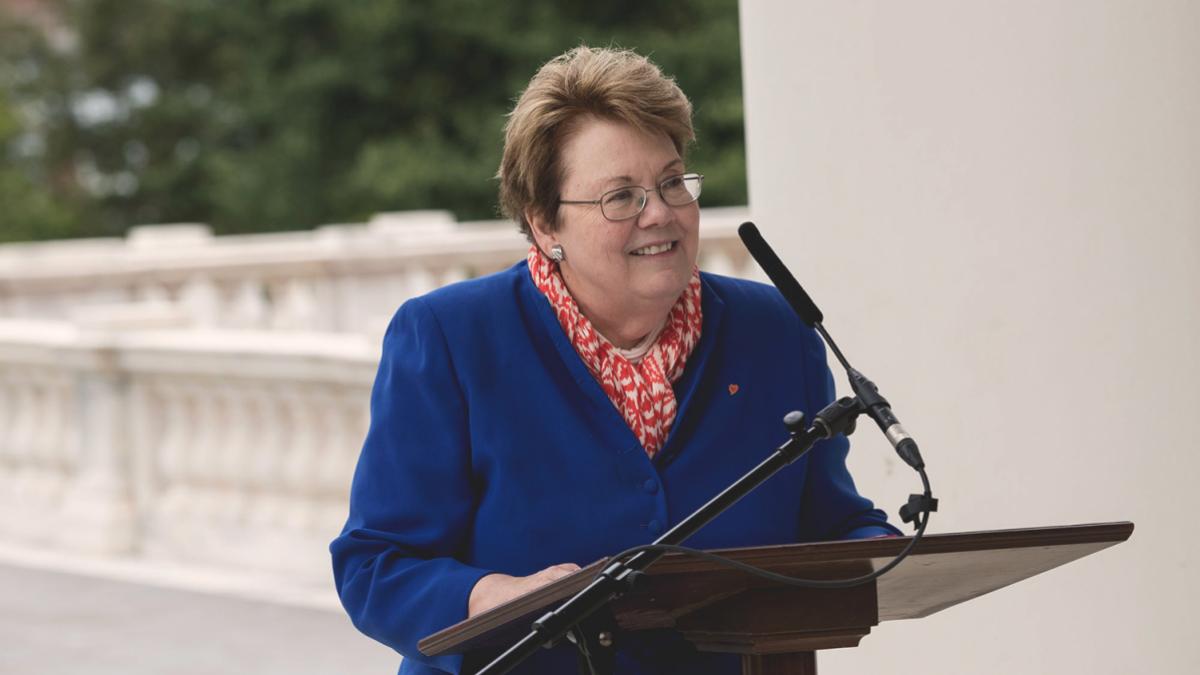 University News
Rector, President Unveil Bicentennial Commission at Rotunda
The University of Virginia will mark its 200th anniversary with exhibitions and publications, as well as social and academic events. It will look back on the University’s first two centuries of history, and ahead to the next 200 years.